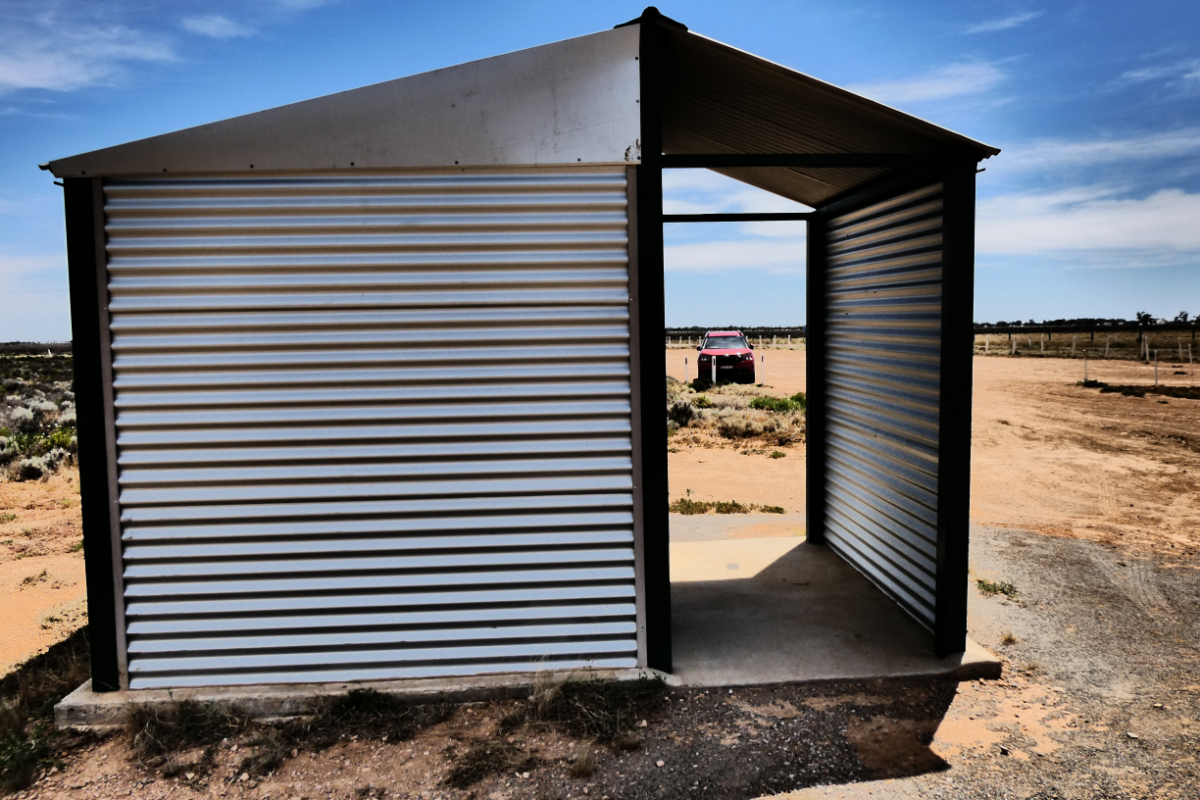 Our first stop is Lake Victoria, a man-made lake that is a  130km round trip down a mostly dirt road.

Along the way we take time out to track down the site of the Rufus River massacre.

It was here on Tar-ru land in 1841 that police and drovers killed between 30 and 40 aboriginals, some say more — in retaliation for a series of attacks on stockmen.

There’s nothing to mark the spot and nothing much to see except scrub.

In a way, it’s no surprise the site is not marked.

In fact, the only way we were able to locate the spot was to enter the coordinates in our GPS.

A bit further down the road we find Lock 7, the outfall for Lake Victoria which was creatd by building a 52km levee.

Once again we’re stunned to see an amazing variety of water birds, no doubt on the lookout for a feed of fish as they tumble out of the lake.

There’s pelicans, ducks, even seagulls — though we’re hundreds of kilometres from the sea.

Returning to town we stop off to see the Perry Sandhiils, trudging to the top through the hot red sand in as the temperature begins to soar.

Large gums including the so-called God Tree are buried right up to the tree tops by the rising sand.

They used to put odd numbers of prisoners in a cell, never even numbers.

This way if there was ever a dispute, it wasn’t one prisoner’s word against the other.

The bushranger Captain Starlight is reported to have spent some time here, though there’s some discussion over whether such a person even existed.

Arriving at the large Lock 10 we were just in time to see a houseboat pass through the lock.

Lunch was a roll and bottle of water in a park near the spot where the Darling and Murray rivers meet up.

We were expecting something more impressive, but the steel viewing platform with its spiral staircase is unexpected.

We also check out the old wharf.

It’s hard to believe this place was once the largest inland port in NSW.

We hit the road to Broken Hill — Day 1

Then it’s off to find the BIG TRACTOR and Possum.

The BIG TRACTOR is a Ferguson tractor mounted on top of a pole, a tribute to the 40 odd tractors that saved the town from flooding in 1956.

Possum refers to a statue of David James Jones a “will o’ the wisp” hermit who lived in the bush downstream of the town for 54 years before his death in 1982.

Put 20 cents in the green steel box and you can hear all about him.

Finally, we head off towards Lake Mungo, with a stop at Coomealla for coffee.

Wouldn’t you know it, they have an EV charge point.

Our digs for the night: Lake Mungo Lodge.