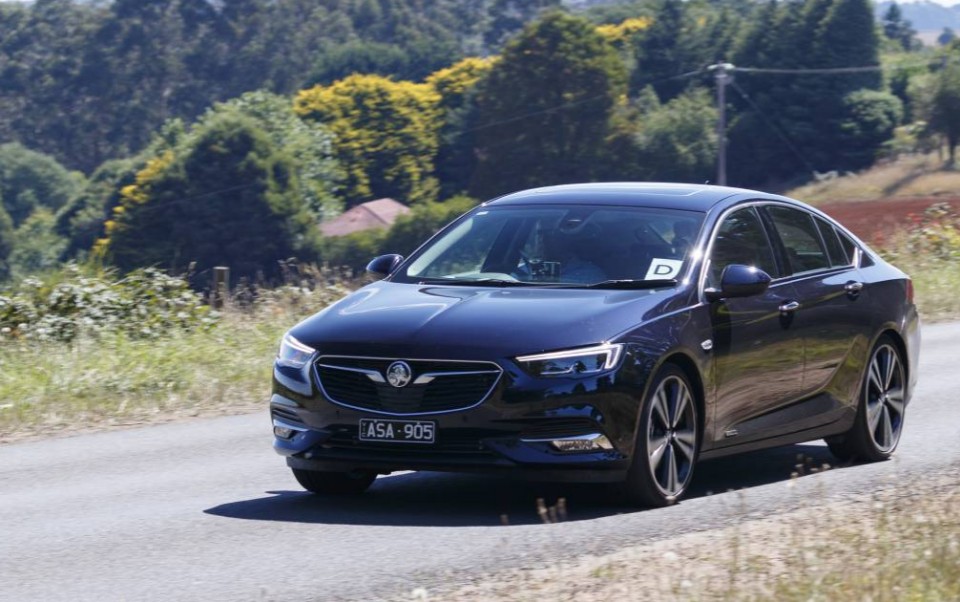 We drive the new, imported Commodore

It’s a car that’s divided followers of the brand, that’s what it is.

Some say the ZB Commodore is not a real Commodore at all. How can it be, when there’s no ute, it’s front-wheel drive, and is a hatchback — not to mention no V8 or a manual gearbox?

And it’s a four cylinder, mate. A FOUR CYLINDER!

And to add fuel to the fire, only the Calais nameplate remains. There’s the entry level LT, RS, RS-V, and VXR to consider.

And THEN there’s the, ahem, small matter of front-wheel drive being available only with the four and all-wheel drive with the V6. Nope, no FWD V6 or AWD four.

Others say that in spite of the fact it’s all of the above it IS a Commodore because . . . well . . . it just is. And to answer the question you’re dying to ask, the name was kept because that’s the feedback Holden received at private clinics where the cars were presented to the faithful before release.

The RS as driven does come with a pretty decent standard equipment list. Android Auto and Apple CarPlay are here, Items like Head Up Display are found further up the food chain.

Stop/Start ignition is standard and unlike the Equinox it can be switched off. Rear Cross Traffic Alert, Front and Rear Parking Assist, Side Blind Zone Alert, Forward Collision Alert and Lane Keep Assist are also part of the package.

Holden is also coming to the party with a seven-year warranty and seven-year roadside assistance package.

Hopefully, with Autonomous Emergency Braking as standard, you shouldn’t need to use either of the latter.

There’s plenty of plastic to look at and it’s largely of a high quality for look and feel, including the arch design for the upper dash section.

The RS has the “standard” three screen monochrome driver’s display that’s activated via the Menu button on the indicator stalk, then each screen has separate info access via the twirl of the button at the end of the stalk.

There’s a 12V socket up front and a pair of USB sockets for back seat passengers, and one up front. Bluetooth music streaming is on board as well.

The driver’s seat is fully electric but the passenger seat is totally manual and lacks height adjustment. But there’s plenty of legroom, even allowing for the slightly smaller overall dimensions of the ZB compared to the VF.

The boot under the liftback is also a tick smaller, at 490L compared to the VF’s 495L, but the folding rear seats do end up offering more.

However, there’s no obvious boot release inside the car, and to open it from outside requires the key fob and a firm press on the big Holden badge located in the centre.

The exterior design is perhaps the other big area that has polarised opinion. It’s an utterly different shape to any previous Commodore, yet is likened to Mazda’s 6 — for example.

It’s an almost coupe look in profile, with a flat bonnet, slimmer headlights with striking LED running lights and indicators. The rear also features LED lights and it’s slimmer and less squat, than the VF.

The turbocharged 2.0-litre four cylinder produces 191kW and 350Nm. It powers the front wheels via a super smooth nine-speed auto.

From a standstill, through to slow speed suburban driving and out on the freeway, it’s near faultless. Changes are seamless, almost imperceptible, and motorway speeds have the tacho sitting on 1500rpm, just shy of where peak torque is available — between 3000 and 4000rpm.

The engine is a willing revver and has a bit of a rorty note when in the upper rev range.

The recommended tipple is 95RON and Holden says it’ll take it in at the rate of 7.9L/100km. I finished on a figure of 8.8L/100km with a more suburban driving environment.

Other reviews claim the V6 and AWD are a duller experience than the four. I can’t speak to that but I can say the chassis tune in the RS is beautiful. It’s as composed and flat in its ride as anything I’ve driven.

Mazda CX-8: It’s all about the diesel

Even allowing for a front wheel drive chassis there’s no torque steer, no unsettled reactions to broken tarmac. The steering itself is light enough to need no extra arm movement yet heavy enough to not feel over assisted.

The Continental 245/45/18s are limpet like in their tenacious grip. The Commodore RS can be punted hard through some beautifully tight turns as a result, at speed, and without fear of disturbing anyone.

It’s going to be a hard sell for Holden with a car that really is a cracker to drive and well equipped. History and pricing may be the counter balance.