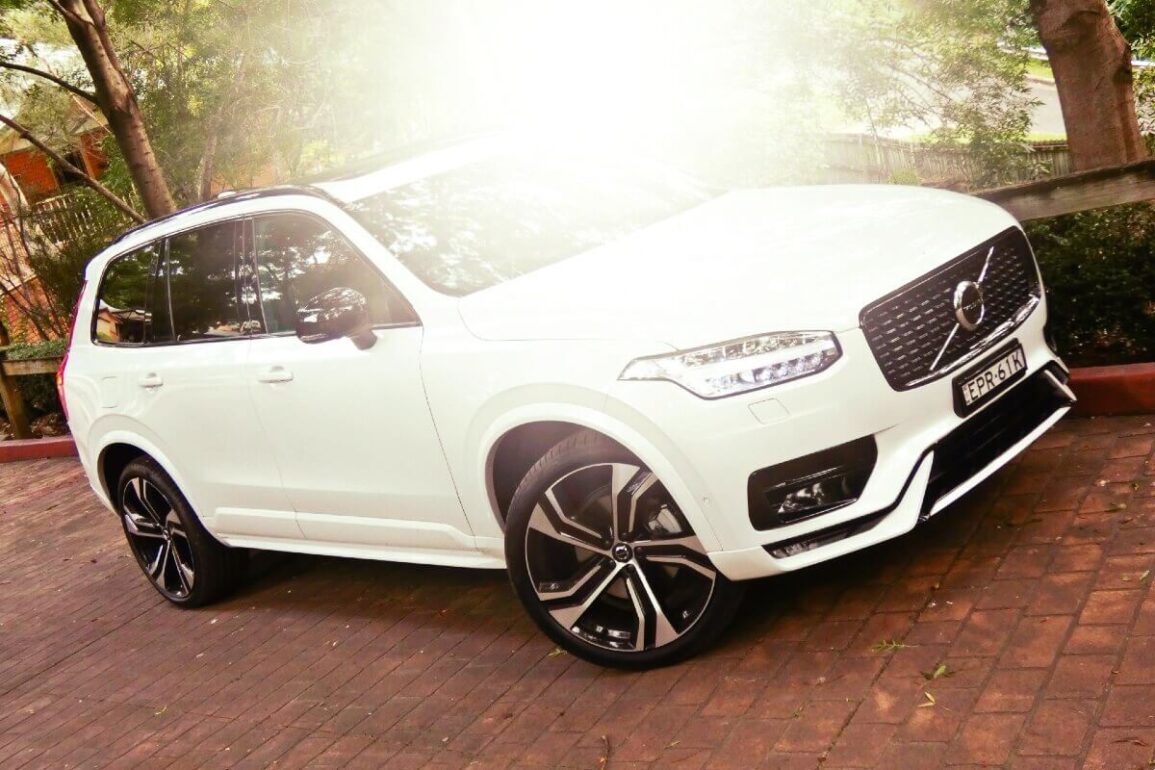 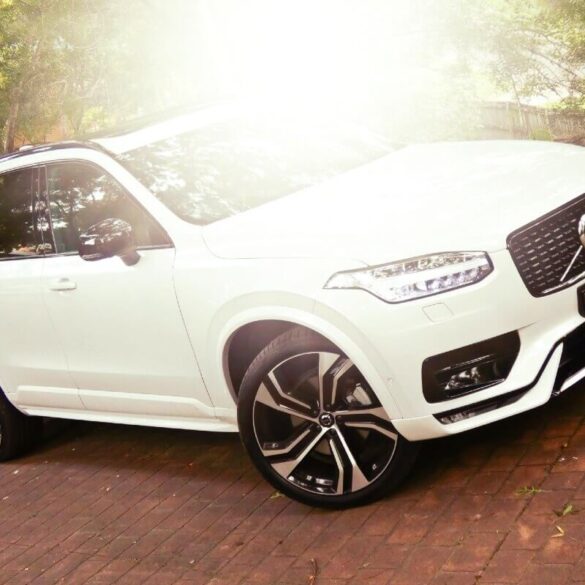 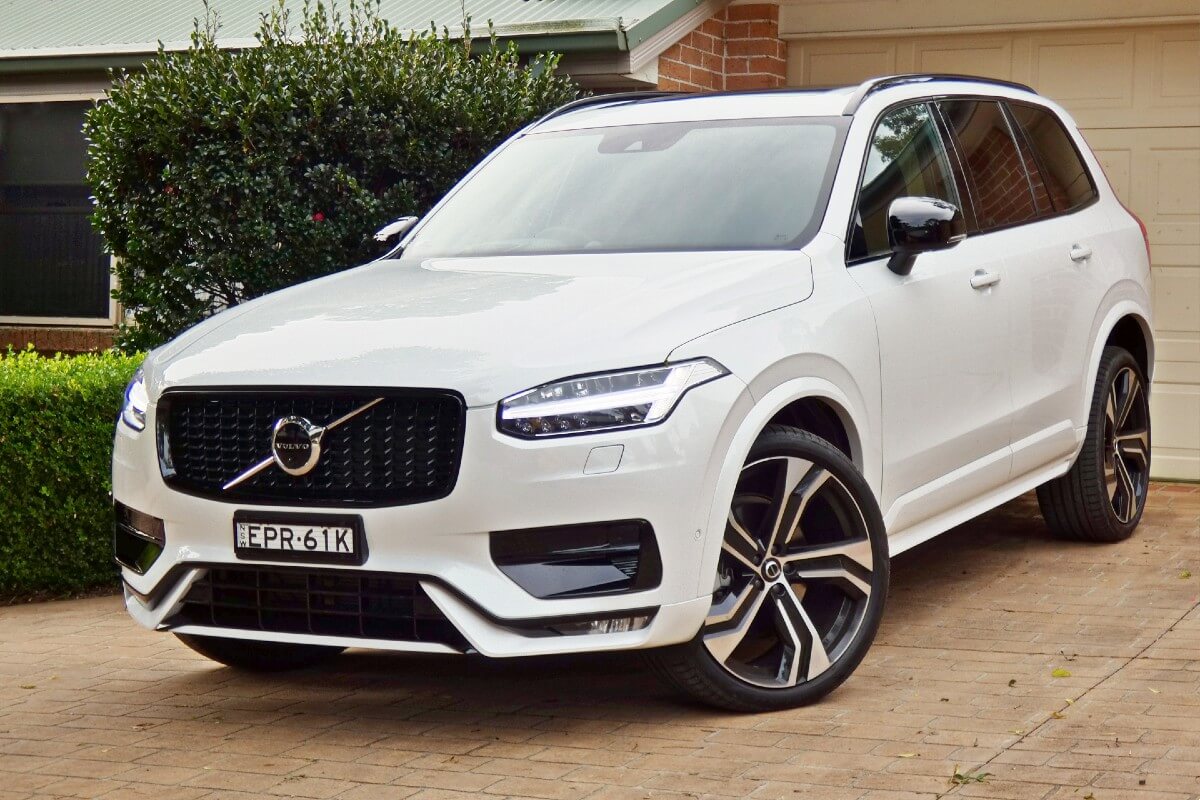 XC90 is the largest of Volvo’s three SUVs and the only one that can seat seven.

Now in its second generation, the current model dates back to 2015, but Volvo has been upgrading the tech and gradually replacing the original powertrains with hybrid or plug-in hybrid setups.

One of the car’s defining features is the large, vertically mounted tablet-style infotainment touchscreen from which the driver is able to control most of the functions of the vehicle.

Being a Volvo, safety and more recently reduced engine emissions are a given and receive a high priority as you work your way through the list of equipment. 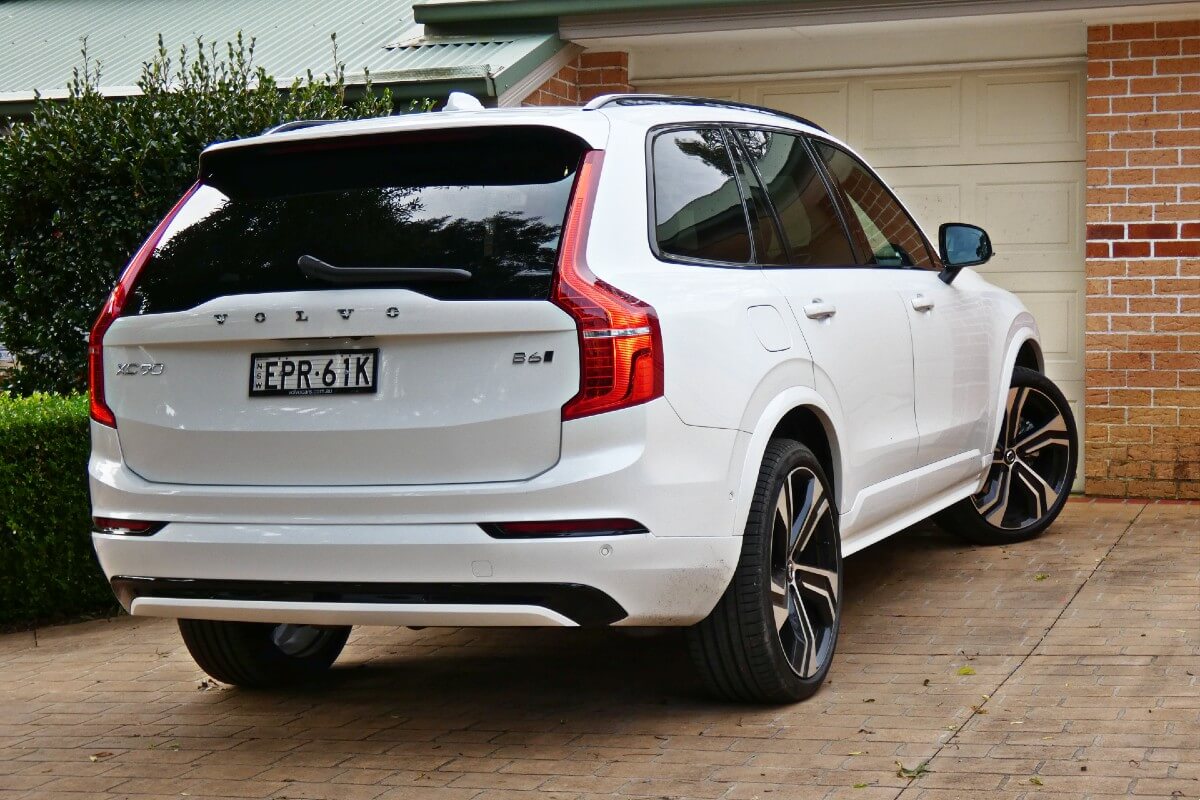 The piece-de-resistance however is the Bowers & Wilkins system, with 1400 watts and 15 speakers, including a really cool dash-mounted centre tweeter.

Four room modes including ‘Concert hall’ and ‘Jazz club’ allow you to recreate the acoustics of a specific room inside the car.

And let’s not forget the cool, T-shaped daytime LEDs — after all it was Volvo who pioneered daytime runners. 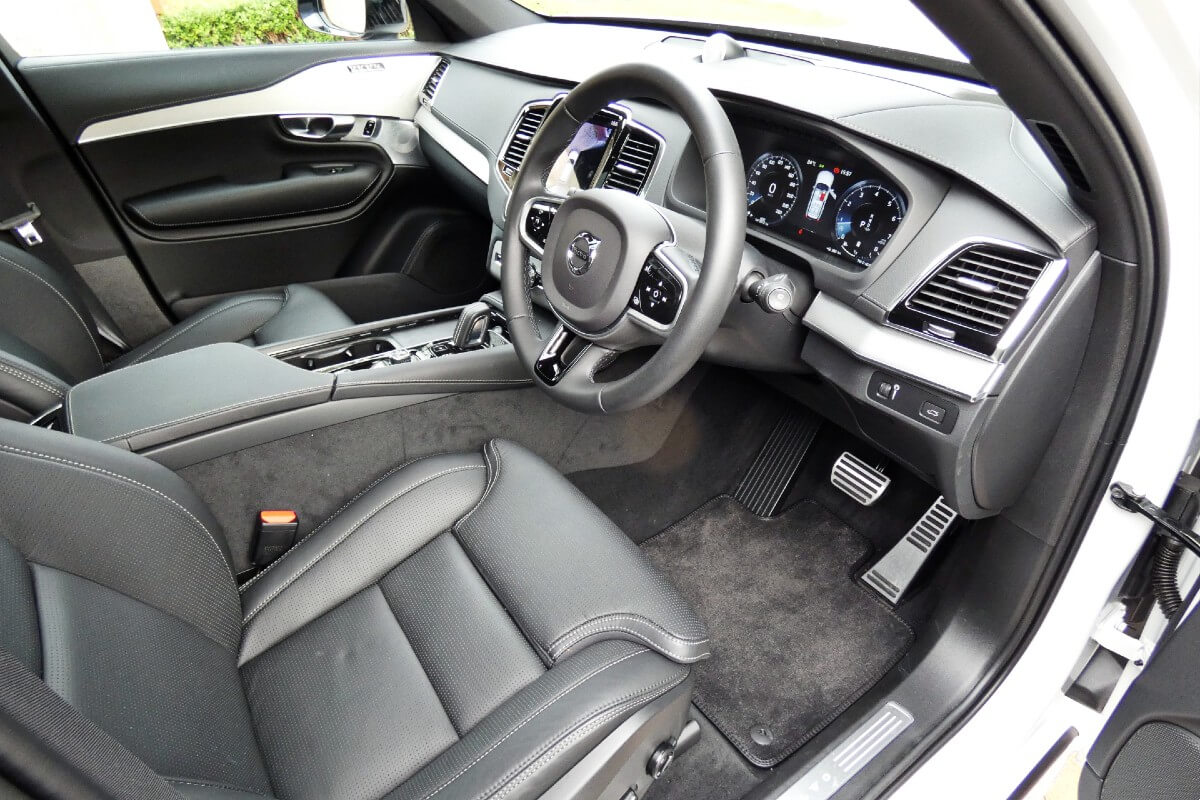 So, here’s the problem.

XC90 comes with the same powertrain options as the smaller XC60.

Throw in another couple of passengers, remembering that XC90 is a seven-seater — and you can see where we’re going with this.

All that extra weight could put a serious dent in the larger SUV’s performance.

Be that as it may, XC90 still seems to get along fine — at least ours did.

Our bigger, heavier B6 R-Design takes 6.7 seconds, a half second slower — but still pretty quick.

The B5 version is a full second slower, while the twincharged, turbo- and supercharged Recharge whips out a time of 5.3 seconds (but it’s significantly more expensive).

The mild hybrid, consisting of a 2.0-litre turbocharged petrol engine, with support from an electric motor, produces 220kW of power and a useful 420Nm of torque, the latter between 2100 and 4800 rpm.

The all-wheel drive system is a part-timer, with drive available to all four wheels on demand via an eight-speed traditional style auto, with auto stop-start to save fuel when the vehicle comes to a stop.

It’s a self-charging system, like the eponymous Prius, so there’s no need to plug it in.

Energy recovered during braking is used to top up the battery.

The electric motor provides boost for the petrol engine off the mark, but does not power the wheels directly.

Volvo calls it the E-charger and it is designed to compensate for the lag normally associated with turbocharged engines (the time it takes for the turbo to spool up).

Top speed of the XC90 and other Volvos is limited to 180km/h, a Volvo thing and part of the greater plan to eliminate death on the roads.

As mentioned previously we prefer the traditional-style Geartronic 8-speed auto in this car to a twin-clutch auto.

It’s smoother and more predictable, but you won’t find any gear change paddles nor does it offer sport mode (both were once offered).

Also, the required change action, calling for two tugs on the transmission lever, can be a pain when you’re in a hurry.

The lines are clean and sharp, with lights that are unlike anything else on the road (although the Chinese are starting to get the idea).

Our first impression of this car after driving the XC40 and XC60 is that it felt old school, a high rider with a slightly jiggly suspension setup.

There’s settings to firm up the steering and air suspension, as well as an off road mode, but once again they’re fairly superfluous because nobody is likely to take this car off road.

The air suspension can alter ground clearance from 212 to 252 mm and for the most part works automatically.

As a place to spend time the cabin is quiet and comfy, with leather, climate air, metal mesh aluminium decor and an impressive sound system (worth the extra outlay).

There’s plenty of leg, head and shoulder room, with a hi-tech, configurable instrument cluster and large, easy to use touchscreen that controls pretty much everything.

The three second row seats adjust individually as well as sliding forward and aft as required, with an integrated child centre booster seat.

The two seats in the third row cater for passengers up to 170cm in height.

The rear headrests power fold which is a godsend because it’s like a forest back there.

The vertical orientation brings things closer to your outstretched fingers which has to be a good thing, and you can swipe left or right to access other screens.

On a down note, this model misses out on the latest Google operating system that can be found in XC40 and XC60, not necessarily a bad thing if you’re an Apple user.

Xc90 can tow a 2700kg braked load and comes with a space saver spare. 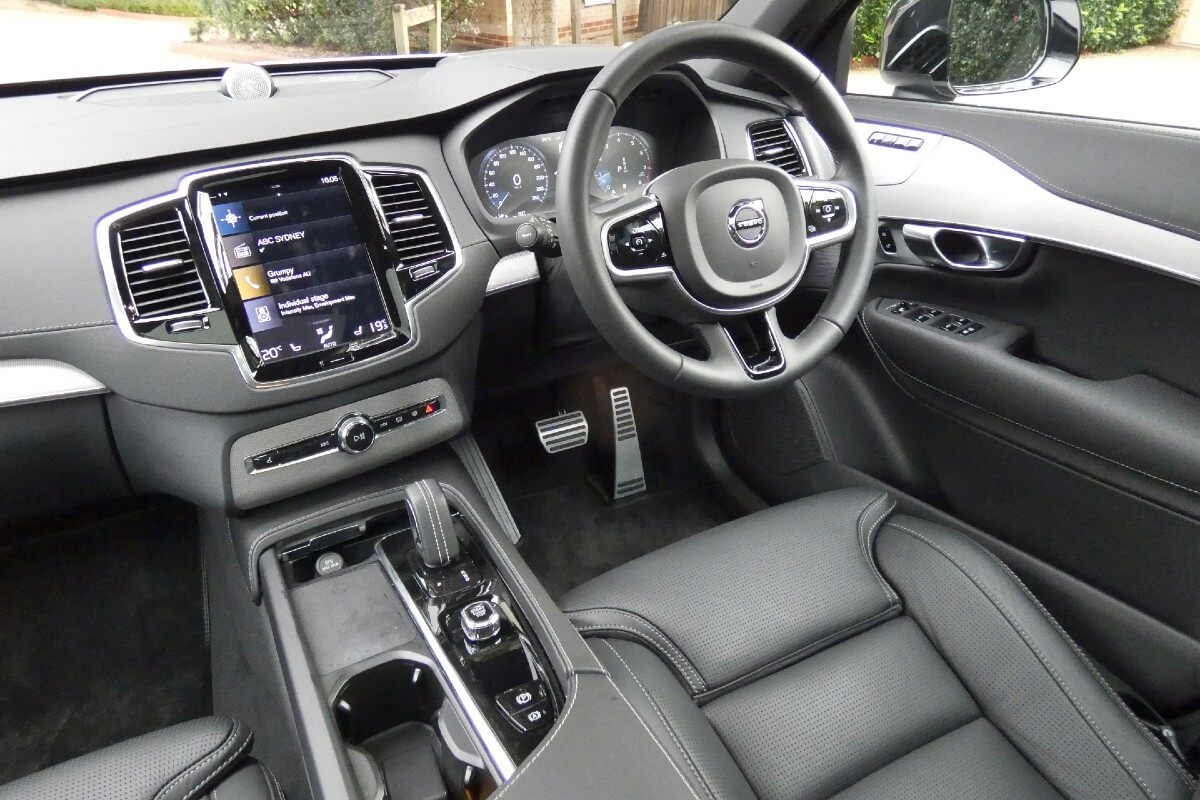 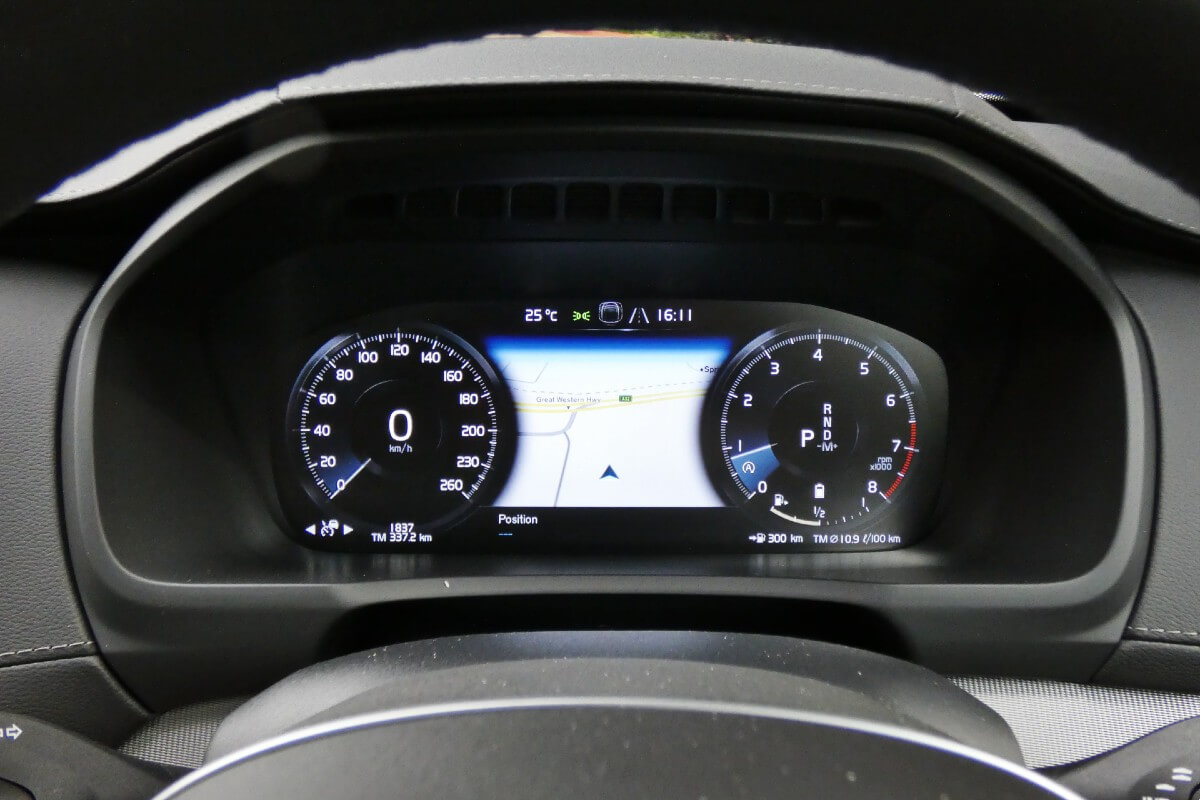 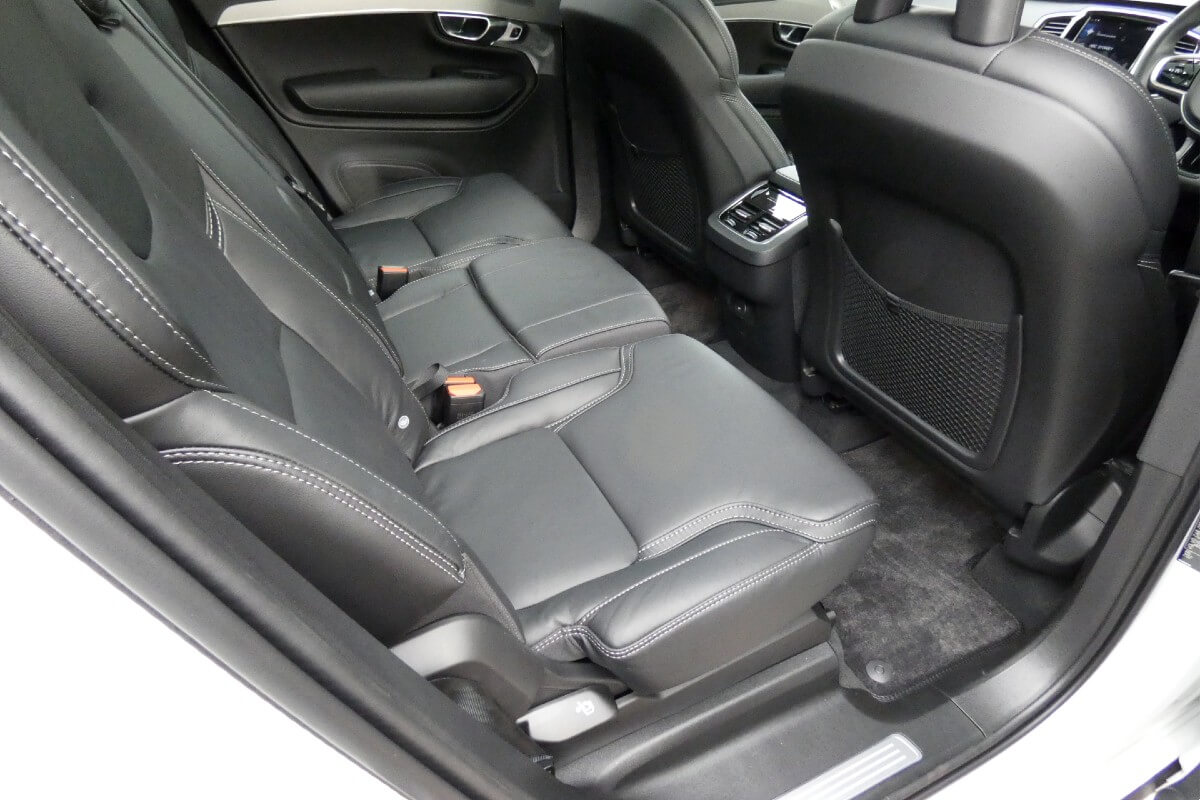 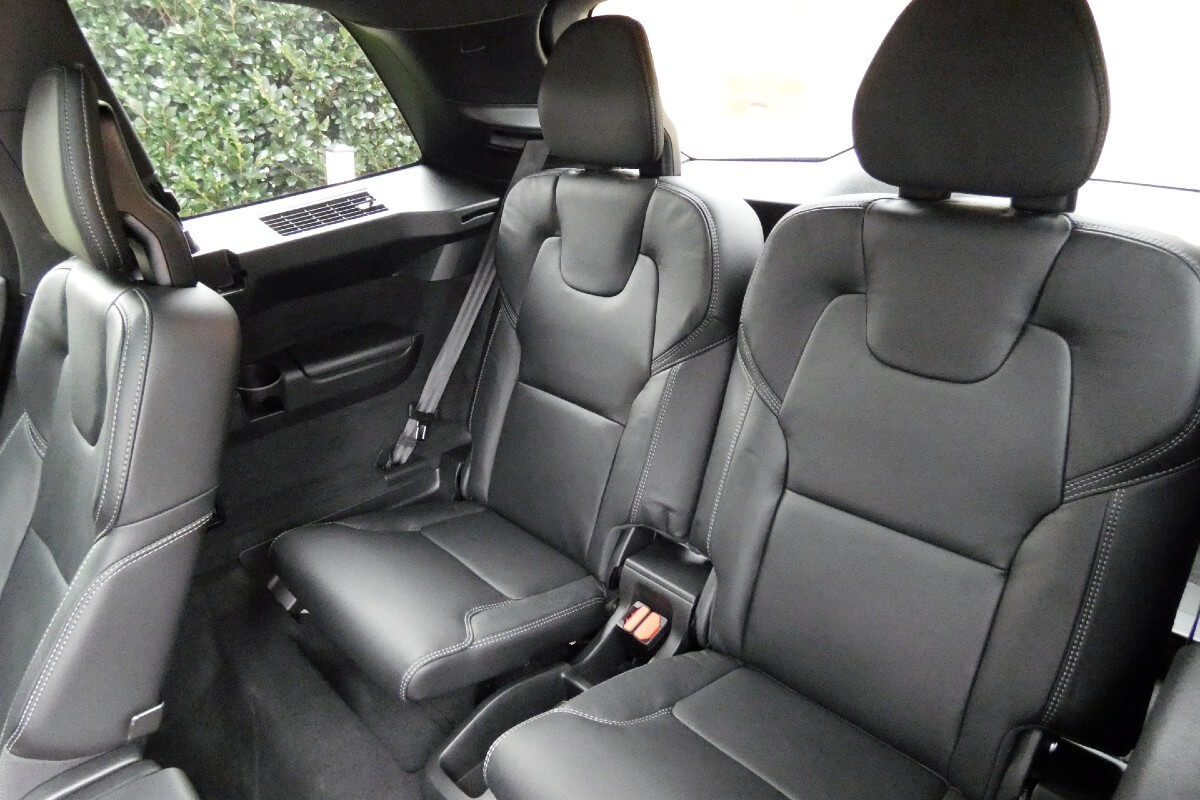 XC90 is a likeable car, with plenty of features and prestige.

The safety story is a strong one and Volvo is taking the whole climate change thing very seriously.

It’s reflected in its engine choices, with a target to fully electrify its fleet by 2030, with EVs earmarked to account for 50 per cent of sales by 2025.

Let’s not forget the price either. Even its top of the range models compare very favourably with the Germans and for many that will be one of the most important considerations. 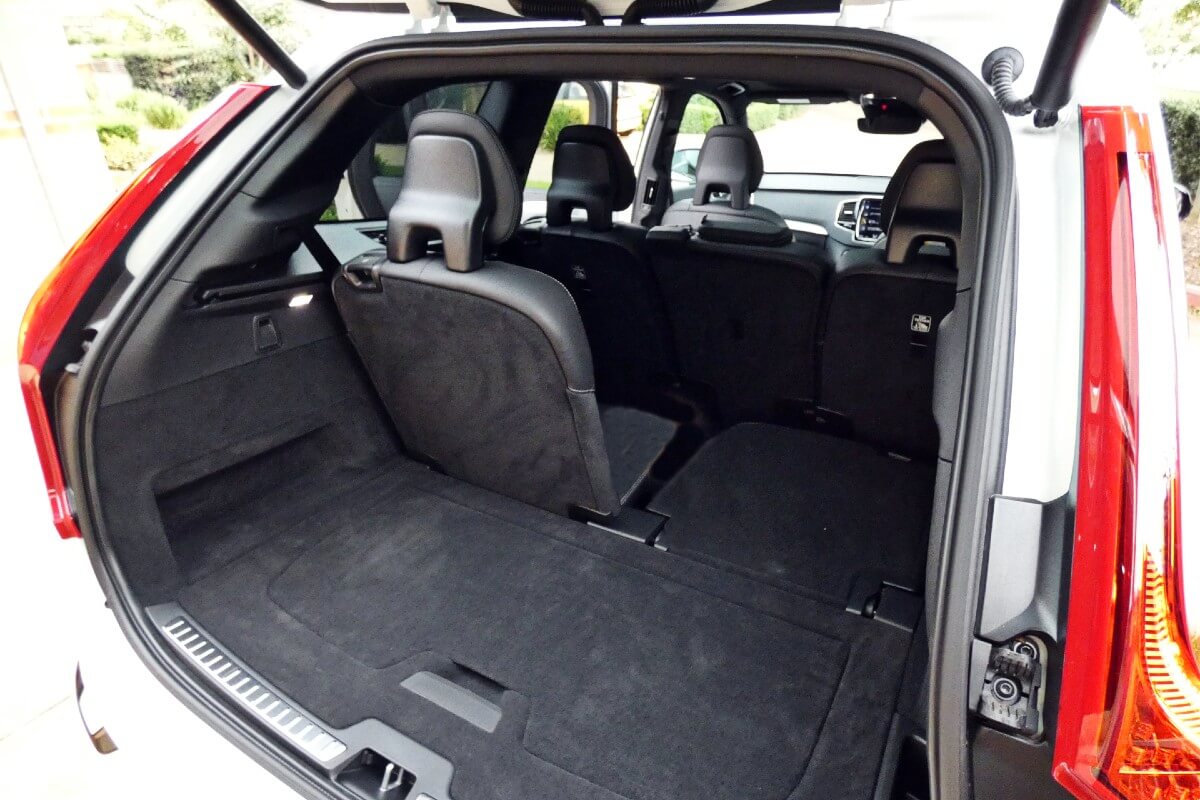 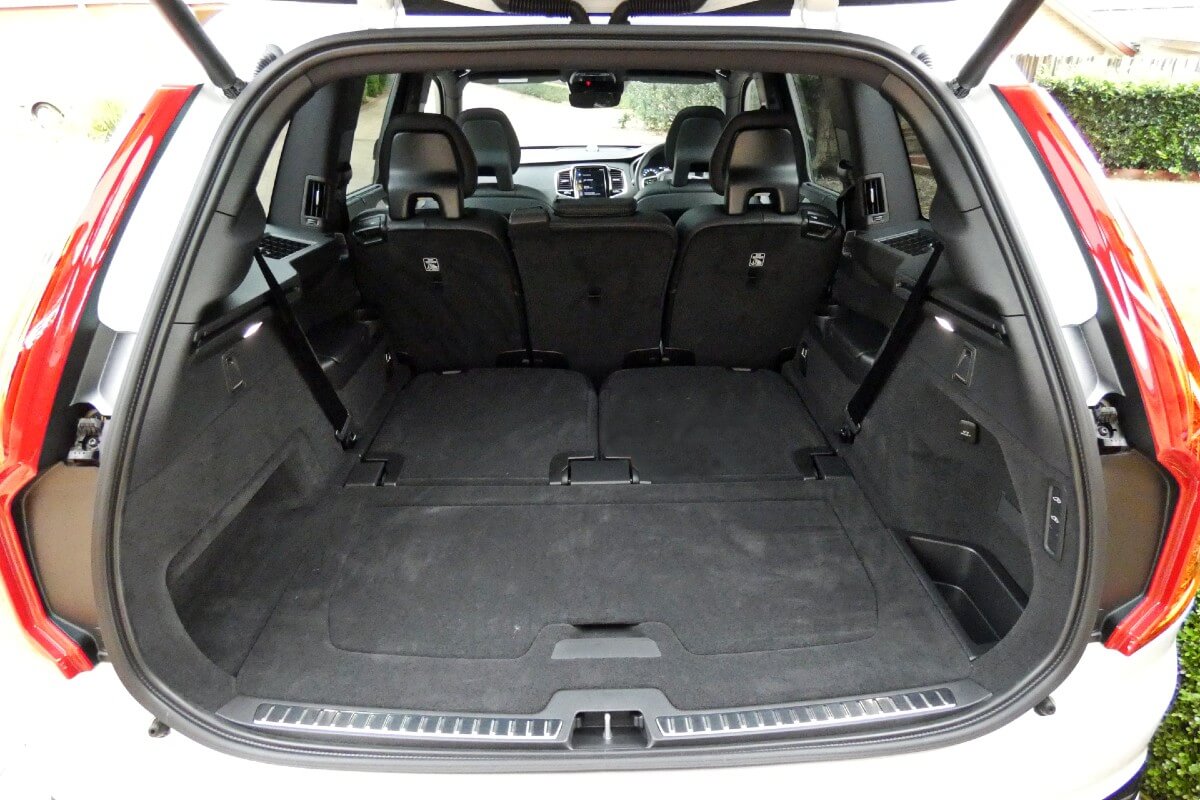 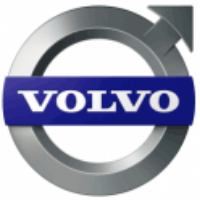 Check out deals on the Volvo XC90