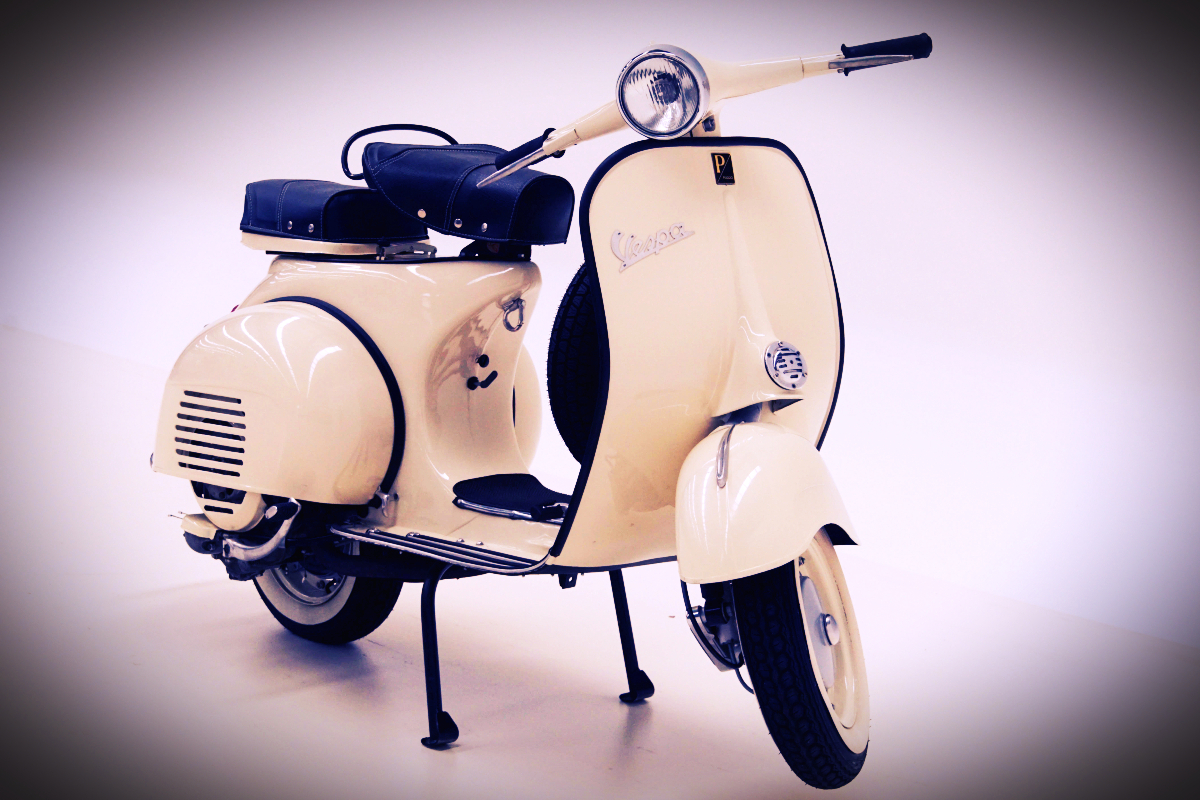 Vespa good as new after 60 years

Believe it or not this Vespa motor scooter has travelled just 38km in the last 6o years.

Yep. That’s what the odometer says and Shannons which is auctioning the scooter says it has no reason to disbelieve the figure.

The Vespa motor scooter has become a cult object in recent years, worshipped by enthusiasts around the world.

It’s fair to say that it has thoroughly transcended its original design brief — to provide cheap transportation to millions of Italians.

Popularised using clever marketing and an association with celebrities, the Vespa is perhaps best remembered for its role in the movie Roman Holiday starring Audrey Hepburn and Gregory Peck.

The Vespa has become the Godfather of scooters and can be found on pavements outside the hippest cafes and bars around the world thanks to the recent revival.

The arrival of the VBA model in 1958 saw the most significant change in design to that point.

Sitting on a narrower frame, the body was subtly changed in shape, some minor controls relocated, and the whole design freshened up.

A classic Vespa scooter makes an ideal choice of commuter vehicle, being reliable, easy and cheap to maintain but with loads of style.

Finished in perfect period cream with a black saddle and pillion seat, both with contrasting stitching, this original 1961 Vespa is in super condition.

It really is as good as new having covered just 38 kilometres at the time of cataloguing, said to be genuine.

The vendor has known this scooter for at least 20 years and confirms it has always been stored undercover throughout that time.

As a result of all this, it presents like a brand-new Vespa from 1961 and is as cool as.

This irresistible 1961 Vespa scooter is being sold unregistered and with No Reserve.

There could be few cooler ways to get around our inner urban and CBD streets than this gorgeous scooter.