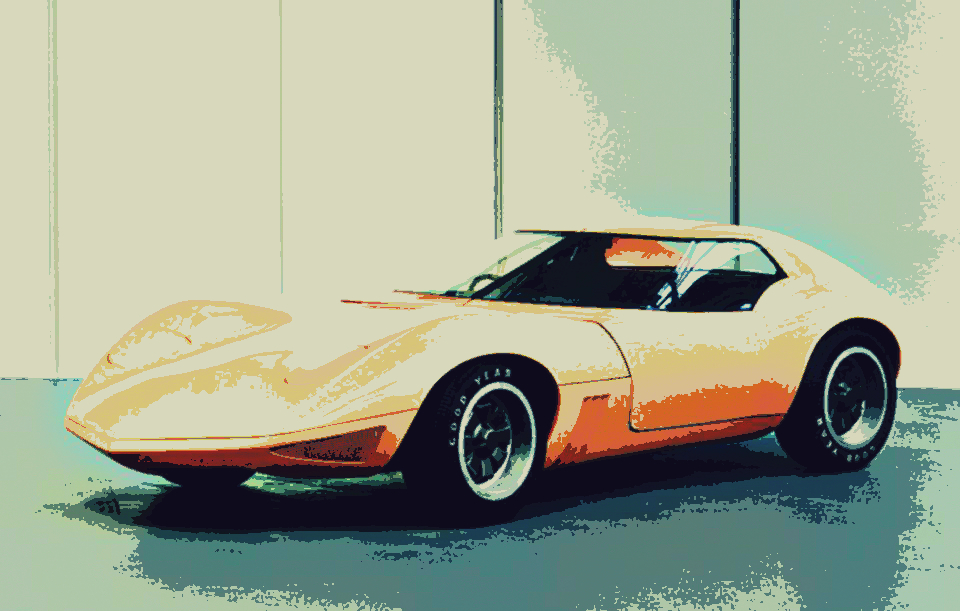 Back in the 1960s General Motors’ Vauxhall subsidiary in the UK had a rather staid and conservative image, a bit like an old cardigan.

That all changed when three, like-minded, young car designers were transferred to its styling department and set about injecting some very welcome pizzaz.

The were: Americans Leo Pruneau and Wayne Cherry, plus an Australian John Taylor – all of whom would go on to influence the shape of the GM cars that we drive today.

Leo Pruneau spoke to me about the enthusiasm at Vauxhall back in the mid-60s.

“Back in 1965 when I was at Vauxhall, Opel were almost ready to produce their little GT sports car,” he said.

In October 1965 Leo called in his assistants, Wayne Cheery and John Taylor.

With the help of a GM engineer and part-time Corvette race car driver, Jud Holcomb, they set about designing and building a radical sports car that set a new direction for Vauxhall.

A scant six months later the car debuted at the 1966 Geneva Motor Show.

Called the XVR, everyone crowded around it.

What they saw was a low slung, British racing green coloured, two-seater that featured no front pillars.

Instead, a spine ran up the middle of the front windscreen and on to it were hinged the gullwing doors.

“We must have gone through 100 windscreens in an effort to fit it all together” Leo said.

After the Geneva show two more XVRs were constructed, one of which was fully driveable.

As is the way with big corporations, for some reason the XVR never went into production.

However Leo remembers it as “one of the most enjoyable cars I did at Vauxhall”.

The road car and one of the non-drivers were destroyed in the late 1960s.

Just one XVR survives, now painted a vibrant orange, and resides in the Vauxhall Heritage Centre in the UK.

It is brought out regularly to show what might have been . . .

All of those involved in the project have had highly influential careers in the world of car design.

Leo went on to become design supremo at Holden for many years .

John Taylor worked at Opel, Vauxhall and then directed GM’s global advanced styling studios, including the early work on the current Camaro.

Quite simply, these four guys influenced the styling of many GM cars from the mid-1960s through to the 21st Century.

Quite a resume of success!