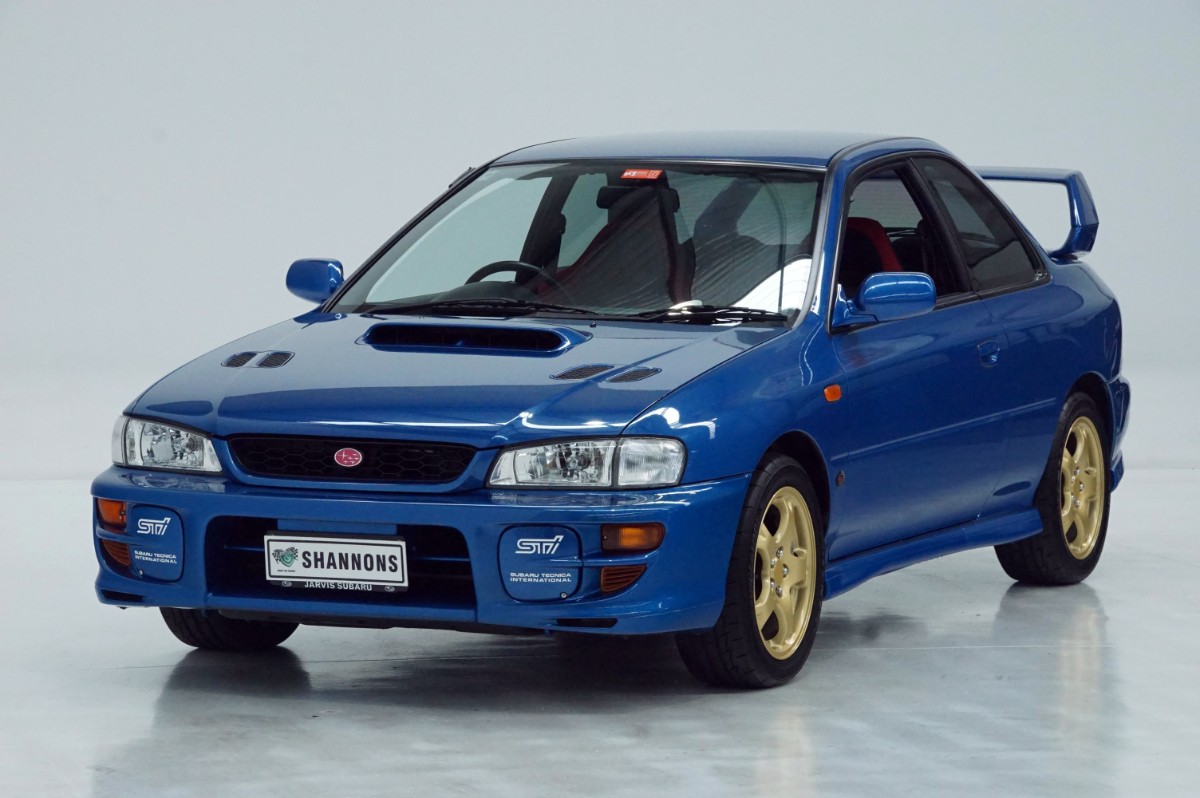 When it comes to classic Subarus, the two-door STI is undoubtedly the Holy Grail.

They’re hard to find because they were sought after for use in rally sport, with the two-door body offering a stronger, more rigid package.

That said, a two-door will in fact go under the auctioneer’s hammer at Shannons next auction in December.

Based on the humble Impreza, Subaru’s mighty WRX ranks right at the top of the list of motoring cult cars.

Introduced in 1992, the WRX shared the underpinnings of the previous Liberty/Legacy RS, but each part was refined, enhanced and packaged in the Impreza’s smaller body.

A four-speed auto was available, but most buyers opted for the five-speed manual.

Acceleration was phenomenal, easily a match for the local V8s of the day — but it was the extraordinary levels of grip the WRX had that made it a legend.

The original body ‘GC8’ Impreza WRXs continued through to 2000 before the GD chassis was adopted.

Today the GC8 remains the choice of Subaru enthusiasts for its purer shape and direct association with the successful rally cars of the era.

That left a legacy that has endured for almost 20 years since its launch.

It’s all as-per-factory and is like new throughout, it doesn’t show its indicated 18,643km (at time of cataloguing) except for the only variation from factory spec appears to be aftermarket tint to the side and rear glass.

The car was delivered new through Rum City Subaru in Bundaberg QLD on the 12/01/1999.

The current owner purchased the car in 2002 with only 7003km on the clock.

Ready to use and enjoy regularly as a low aggravation weekend cruiser or as a collectible, Shannons says you would be hard pressed to find a nicer example.