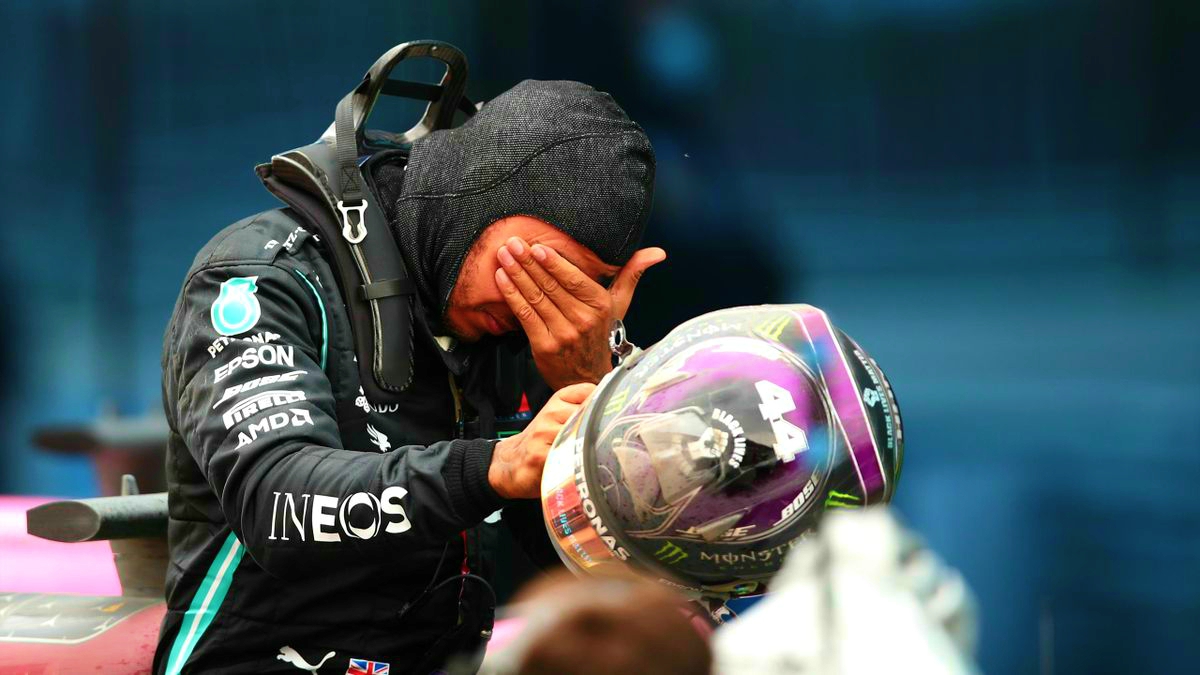 IT was a very different grand prix from the norm, a Turkish delight for some, and a Turkish bath for others.

But after 58 anti-clockwise laps of the 5.3km Intercity Istanbul Park circuit, it was again Lewis Hamilton who cruised to victory in his Mercedes, and in doing so, took his  94th grand prix win — and his seventh Formula 1 world championship.

Despite severe criticism of the track during practice and qualifying, the race turned out to be one of the best of the season.

In wet conditions, Mercedes, for the first time this season, did not feature on the front row of the grid.

The newly resurfaced Istanbul circuit was twice red-flagged during qualifying and pole finally went to Racing Point’s Lance Stroll — the first of his career, and made him the first Canadian to have that honour since Jacques Villeneuve in 1997.

It was also the Racing Point team’s first pole, and to prove it wasn’t a fluke, teammate Sergio Perez claimed third, sandwiched between the Red Bulls of Max Verstappen and Alex Albon.

Australia’s Daniel Ricciardo secured fifth on the grid for Renault, with Lewis Hamilton alongside and Valtteri Bottas slotted his Mercedes in ninth, behind the Renault of Esteban Ocon and Kimi Raikkonen’s Alfa Romeo, and just 4/10ths ahead of Antonio Giovinazzi in the other Alfa.

Conditions were so bad that  Stroll’s scary skate to pole position was all of 22 seconds slower than Sebastian Vettel’s pole back in 2011, when the grand prix was last held there.

Daniel Ricciardo said the surface “was so unpredictable, I would compare it to driving on a skid pan.”

But Lewis Hamilton was more explicit: “This is such a fantastic circuit, and I really don’t fully understand what they re-did the surface,” he said.

“Whatever they put down, it’s sh*t with a capital S.”

And Max Verstappen said he hoped it wouldn’t rain, jokingly adding “because then it will be like driving on ice, so maybe we have to switch to spikes on the tyres.”

After the wet start, Valtteri Bottas, the sole driver able to challenge Hamilton, spun his Mercedes on the first corner and dropped to 18th while Hamilton, starting from sixth, surged into third, behind the Racing Points of Stroll and Perez.

The Renaults had a great start but Ricciardo was nudged by Hamilton in Turn 1, pushing him into teammate Esteban Ocon, which forced the Frenchman to spin.

Ocon recovered, but was hit again by Valtteri Bottas at Turn 9, which caused a left-rear puncture, obliging him to pit.

There were quite a few more spins, among them the Red Bulls of both Verstappen and Albon in separate incidents.

Verstappen came unstuck while having a go at passing Perez, he spun and lost a few places.

The weather was an on-off session of rain and dry, causing headaches for the teams over which tyres to fit, and that was the undoing of Lance Stroll, who for much of the race was way in front of the pack, with only teammate Perez in sight.

On lap 35 Albon spun, allowing Hamilton to move up into third and two laps later Stroll pitted and emerged in fourth place,  behind Verstappen.

Next, Hamilton closed in, then took the lead from Perez.

Stroll’s new tyres started graining and he rapidly lost more places, while up front, Hamilton was able to go into cruise mode.

He and Perez were the only drivers who had made just one stop for tyres, and both were worried that their rubber was close to disintegrating.

But the wear and the wet spots on the track had effectively turned them into slicks, which performed better than the fresher rubber.

Such was Hamilton’s pace that he lapped Bottas, who was running 13th, 12 laps from the end.

The Ferraris had a fine outing, with Leclerc and Vettel running third and fourth.

Leclerc seemed certain of third spot, but tried to edge past Perez on the last lap and was himself overtaken by Vettel in the process.

Fifth was Carlos Sainz in the McLaren. followed 10 seconds later by the Red Bull pair of Max Verstappen and Alex Albon, then came Lando Norris, Lance Stroll and Ricciardo.

Ricciardo had a less than happy race, starting fifth and finishing 10th.

While trying to defend ninth from Lando Norris, Ricciardo locked his brakes at the end of the back straight and spun his Renault.

And so ended the tumultuous Turkish Grand Prix.

As he crossed the finish line, a jubilant Hamilton said: “For all the kids, dream the impossible and never give up, never doubt yourself.”

Sergio Perez had a chuckle at having done 47 laps on the same tyres.

“One more and they’d have exploded. It was a chaotic race,” the popular Mexican said.

Hard to believe he might not have a drive next season.

His seat at Racing point will go to Sebastian Vettel.

Ricciardo summed up the tyre situation that faced many drivers.

“When we switched to the Intermediate tyres and we just couldn’t make them last,” he said.

“There were moments during the race when I was told I was one of the fastest out there, then just a few laps later my tyres were completely gone so it was all a bit of a lottery.

“Obviously, a big congratulations to Lewis for wrapping up his seventh drivers’ championship and to do it in such a dominant fashion today is very impressive.”

Next round is at Bahrain on November 29.

Meanwhile a bit of trivia.

Istanbul is the only city in the world that straddles two continents, with the Bosphorus Strait forming the dividing line between Europe and Asia.

The track itself is at a crossing of boundaries of the Pendik and Tuzla districts on the Asian side of Istanbul.

Note – Norris scored an additional point for setting the fastest lap of the race.