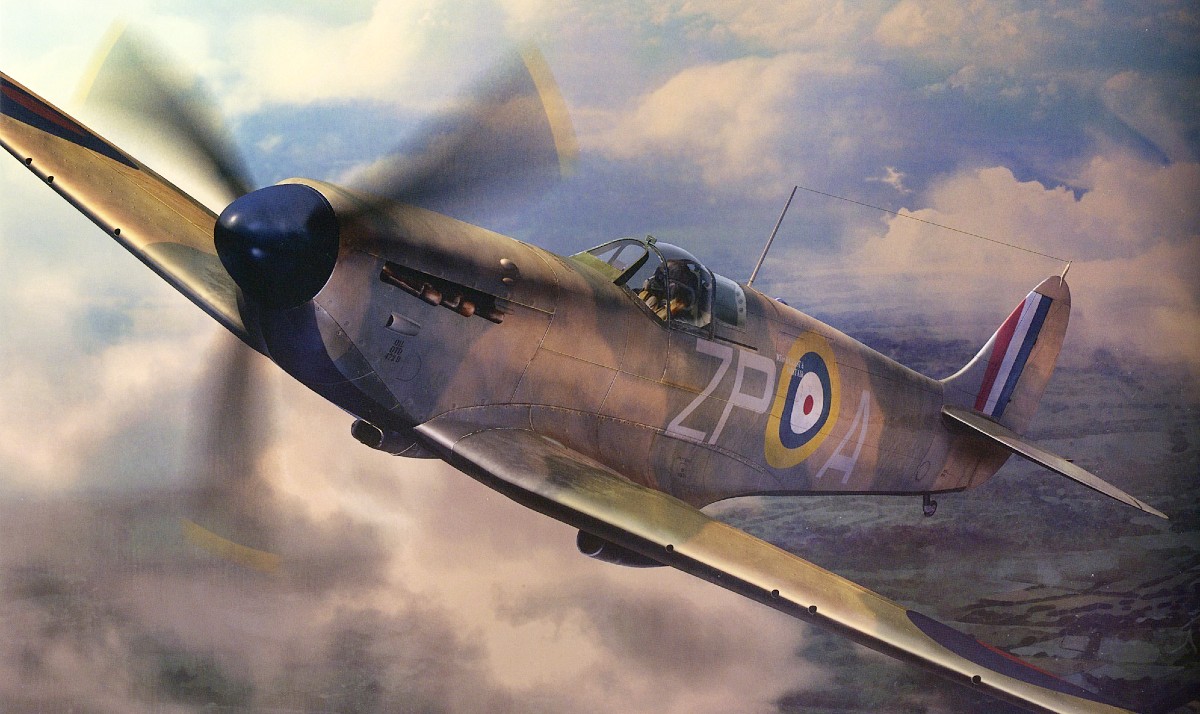 In England production at most factories was turned over to the war effort during the Second World War.

Such was the the case with SU Carburettors at Adderley Park in Birmingham which began building Spitfire fighter planes in secret.

A tribute in the form of a full-size replica has now been erected in the grounds of Salisbury Rugby Club, on the same estate as Burlen Fuel Systems that acquired the name and rights to the business in 1996 and  continues to manufacture carburettors, pumps and components — mainly for the classic car market.

Made from fibreglass over a steel shell by GB Replicas, the Spitfire has a wingspan of 11.1 metres and measures just over 9.4 metres in length, and is mounted a 6.0 metre pole.

Seen from just the right anglem it appears the plane is flying alongside the A345 road.

The memorial stands on the site of the former Spitfire Factory Number One and serves as a visible and lasting tribute to the hundreds of women and men of Salisbury who contributed to an astonishing part of the city’s history by building more than 2000 Spitfires in total secrecy.

Their story was brought to wide attention by the 2016 film The Secret Spitfires which also provided the inspiration for a permanent memorial to be created.

Unskilled and unqualified young boys, girls and women worked in secret to build more than 2000 Spitfires — 10 per cent of the total number built during WWII.

With more built elsewhere around the southern counties, it was an achievement instrumental in winning the war.

In 1940, the Germans destroyed the Spitfire factories in Southampton and believed they had ended the threat from their nemesis.

Unknown to them, however, the British were building Spitfires in secret and Salisbury become a major centre for manufacturing these aircraft.

SU Carburettors has a long history with military aviation, manufacturing aeronautical carburettors for a number of aircraft engines during WW2 with the Rolls-Royce Merlin engine being the most significant.

The vast majority of aero carburettors made by SU during the Second World War were for the Merlin engine, with three different choke sizes and at least four sub-variants to cope with the increasing power requirements of the engine.

As a result of their importance to the war effort, security at the SU factory in Adderley Park was increased dramatically with observation towers, 24-hour security and even the provision of an armoured car.