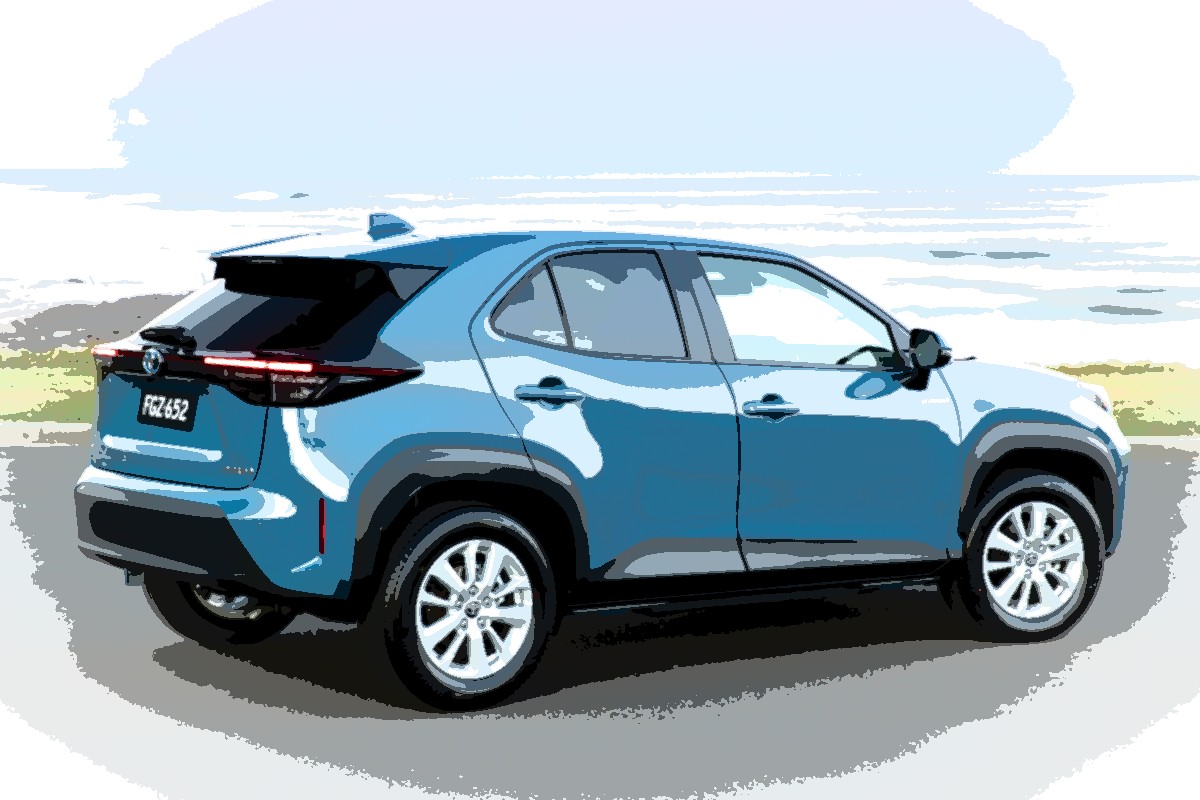 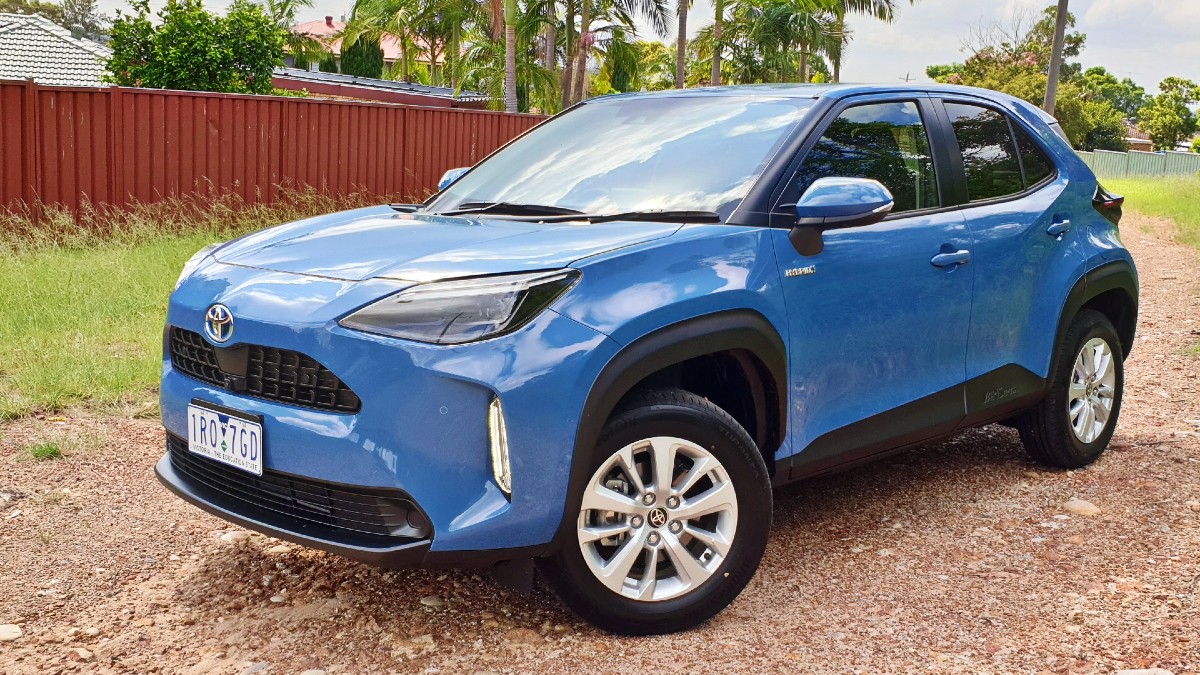 Apart from being a helluva mouthful to pronounce, the Yaris Cross range is Toyota’s stab at the rapidly growing city-sized SUV segment.

The range is built upon the donor Yaris platform, but that’s where any similarity stops.

The SUV range is itself somewhat bewildering.

Grades are GX, GXL and Urban. Engines are 1.5-litre petrol or 1.5-litre hybrid.

Petrol only it’s 2WD only. Hybrids are 2WD or AWD. A CVT with a stepped first gear is the sole transmission available.

Steel wheels are available as an option on the base model GX, but there are no options available for the GXL and Urban. 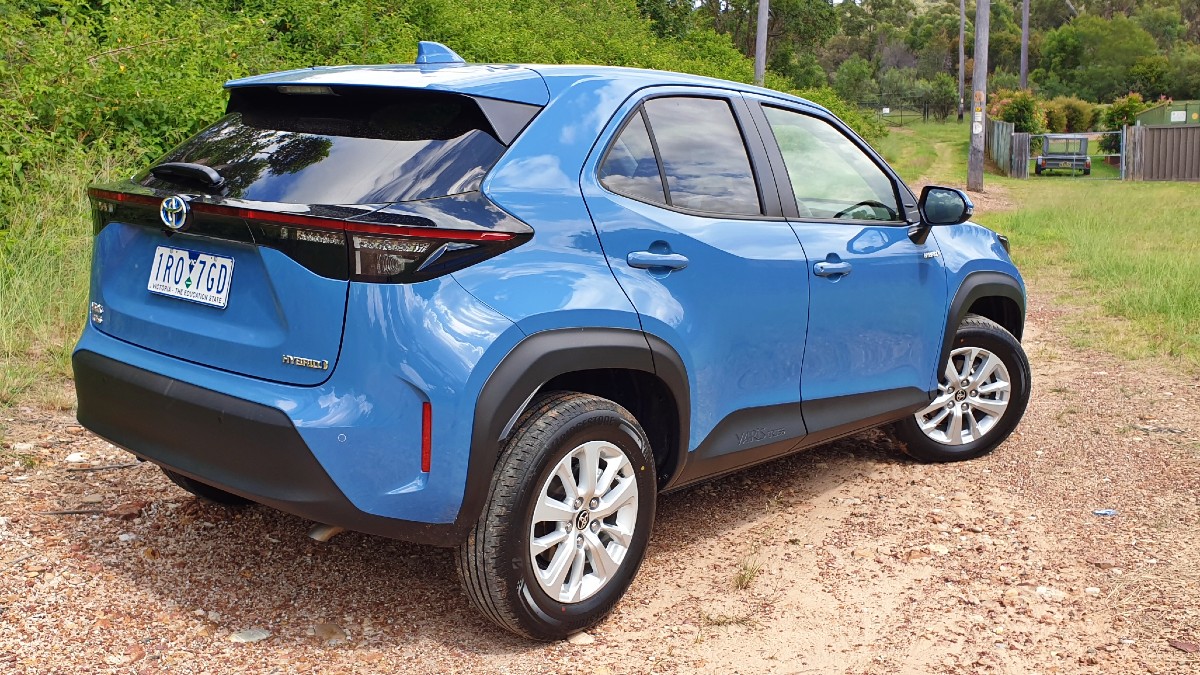 Pricing varies depending on location thanks to state charges.

For our location, the range starts from $30,447 for the GX in two-wheel drive, non-hybrid form.

Add the Mineral Blue of our review car and that changes to $36,168.

Moving on, the equipment list is reasonable without being stellar.

GX gets halogen headlights, the other two have LEDs. Driving lights are LED across the range as are the rear lights.

The Urban gets heated front seats, the other two miss out, whereas all three have cloth covered pews.

Plastics have a cheapish feel and are easily scuffed.

Ostensibly a five seater, there’s room enough for the front pair. Squeezy is the best term for the rear seats for shoulder and leg room.

All models have the same 4.2 inch dash display for the driver and 7.0 inch touchscreen for audio and apps.

Only the Urban gets a front USB port for charging, otherwise there is one USB port for smartapp connectivity.

Siri Eyes Free, Bluetooth audio, and Apple/Android compatibility are standard across the range, while GXL and Urban acquire Suna satnav.

Urban also gets Head Up Display.

There are eight airbags, including two between the front passengers and, in a first for Toyota in Australia, an SOS function which can call an emergency centre at the press of a button or automatically in the event of airbag deployment.

Cargo space is minimal, with 2WD versions having a smallish 390 litres — the AWD, 314 litres.

GX and GXL have space saver spares, the Urban a 12V inflator and goo kit.

Fold the rear seats and there is a centre mounted armrest with two cupholders.

Outside, Yaris Cross deviates from the organic and rounded look of the hatch.

Sitting on a wheelbase of 2560mm, overall length is a city-friendly 4180mm.

It’s a blocky look, and not unrelated at all to the angular RAV4’s exterior lines.

One could say it’s a scaled down version of the RAV, bar the different headlight design and the vertically aligned driving lights.

Cross has an extra 30mm of clearance over the hatch, stands 90mm taller, and is wider by 20mm.

In comparison, the Hyundai Kona is virtually the same size.

Wheels are 16 inch for GX and GXL, 18s for the Urban. The tyres fitted to the GXL 2WD we drove were Bridgestone Potenzas.

Warranty is 5-year/unlimited kilometres, with servicing capped at $205 for a cycle of 15,000km. Battery warranty is 10 years. 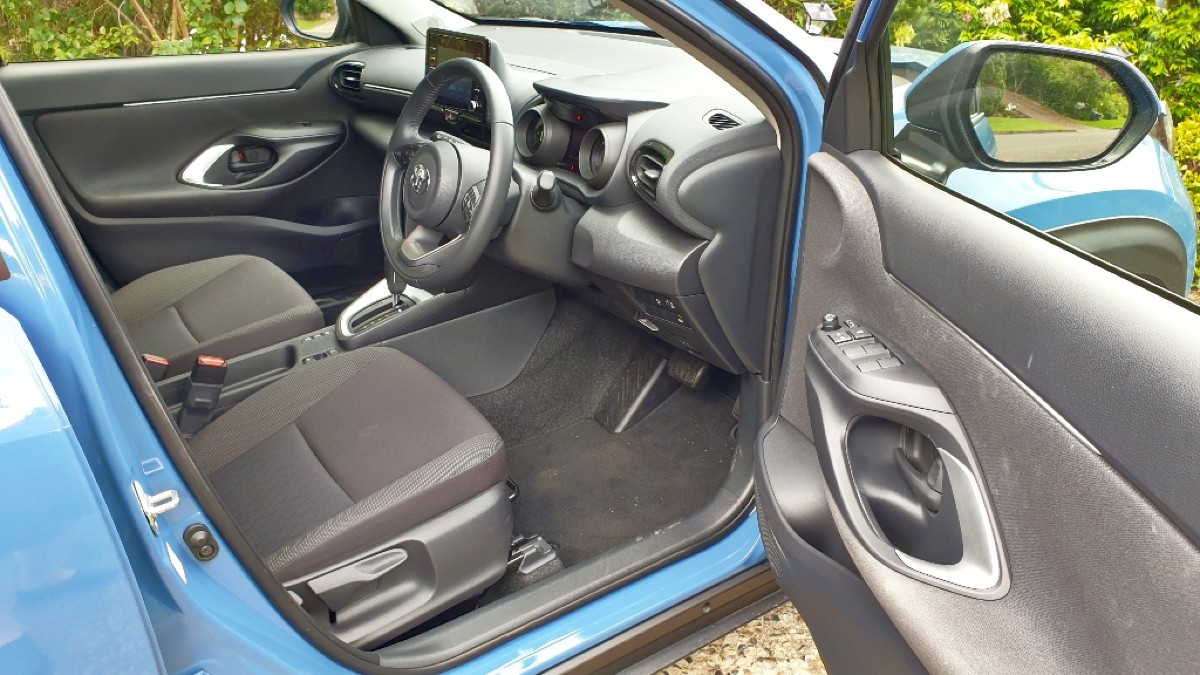 Packing the same driveline as the hybrid hatch brings the same problems.

Sluggish acceleration even with the first gear the CVT has. A raucous, noisy, three-cylinder that feels more off-kilter than similar configurations in other brands.

Bangs and shunts from the driveline, almost as if there’s something loose underneath and there is something moving a centimetre or two on acceleration or braking.

Twitchy steering could see a driver sneeze and find the car halfway into a different lane.

Road noise is horrendous thanks to minimal engine bay and door insulation, with a tinny thump, not a heavier thunk when closing them.

Power and torque in the hybrid is less than the non-hybrid.

There is 88kW in the non-hybrid, 85kW in the battery assisted version.

As such, partnered with a battery system, the whole shebang delivers a total of 85kW and 141Nm to the front wheels via a CVT auto.

Where the hybrids have a win is in emissions, with 86g and 90g per kilometre from the 2WD and AWD versions — down from 124g/km for the straight petrol.

Being a city SUV it’s ideally packaged for tight areas such as car parks, inner suburban streets, and the requisite lower velocities that come with them.

Stretch the legs on the highway and it’s adequate, but lane changes for overtaking aren’t the most rapid of events and the suspension wallows, with little sense of damping.

Give the Yaris Cross some corners and grip level from the Potenzas is fine, except there is squealing and we felt that occurred more than 50 per cent of the time. 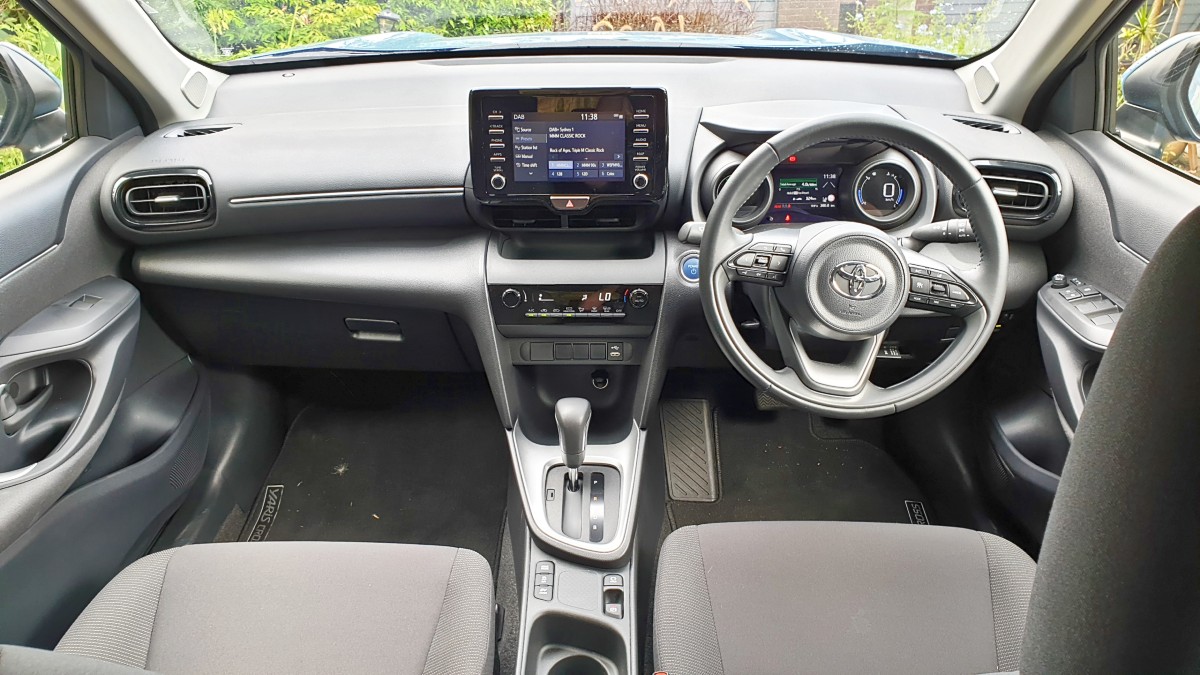 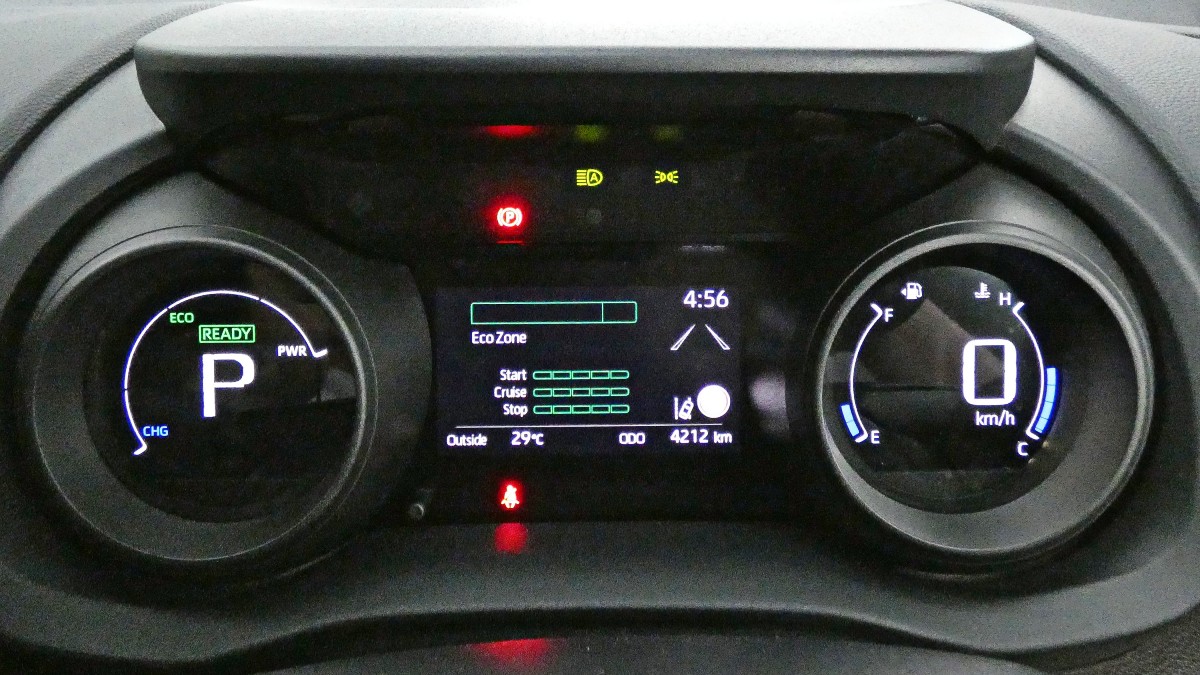 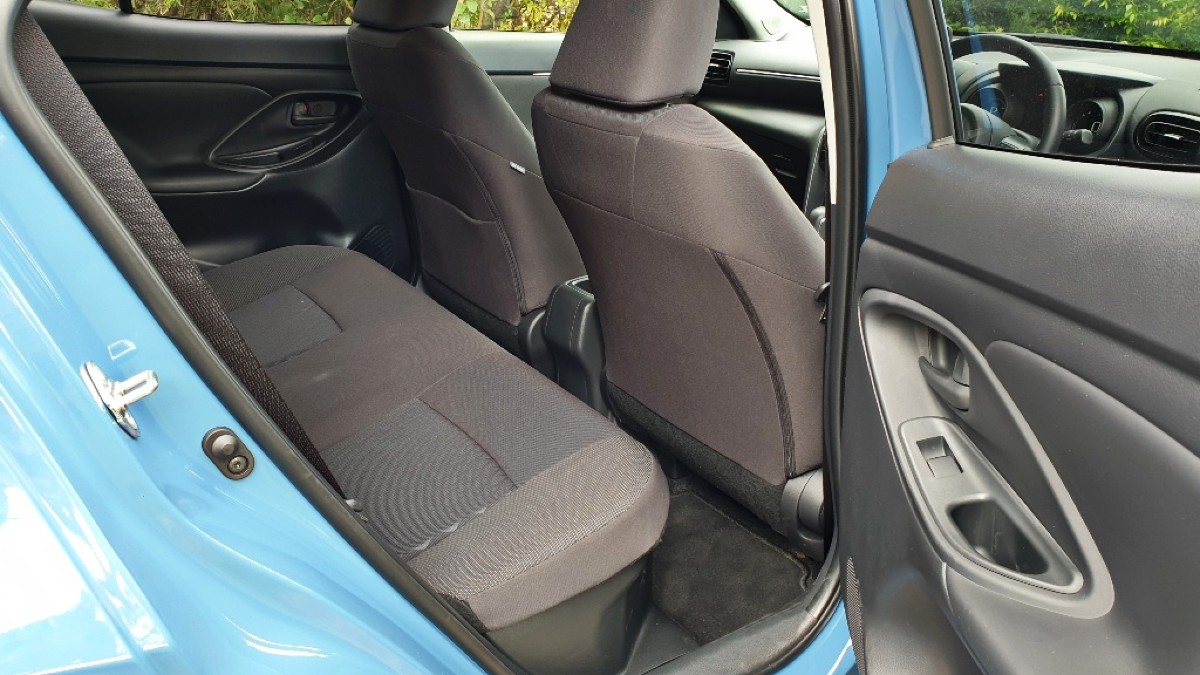 City SUVs have a market, undoubtedly. Single people, DINKS, or maybe those with a small child.

That’s as far as their appeal goes in a market sense. For those that do more driving on the highway or freeways, or have an appreciation of what a good driveline can offer,  such as the RAV4 in hybrid trim — there are plenty of far better options.

Then there is that pricing structure. Although choice is one thing, a confusing price list will turn buyers glassy eyed — and they’ll probably keep on walking.

Toyota’s won battles before with simplicity at heart. Unfortunately, this isn’t simple. 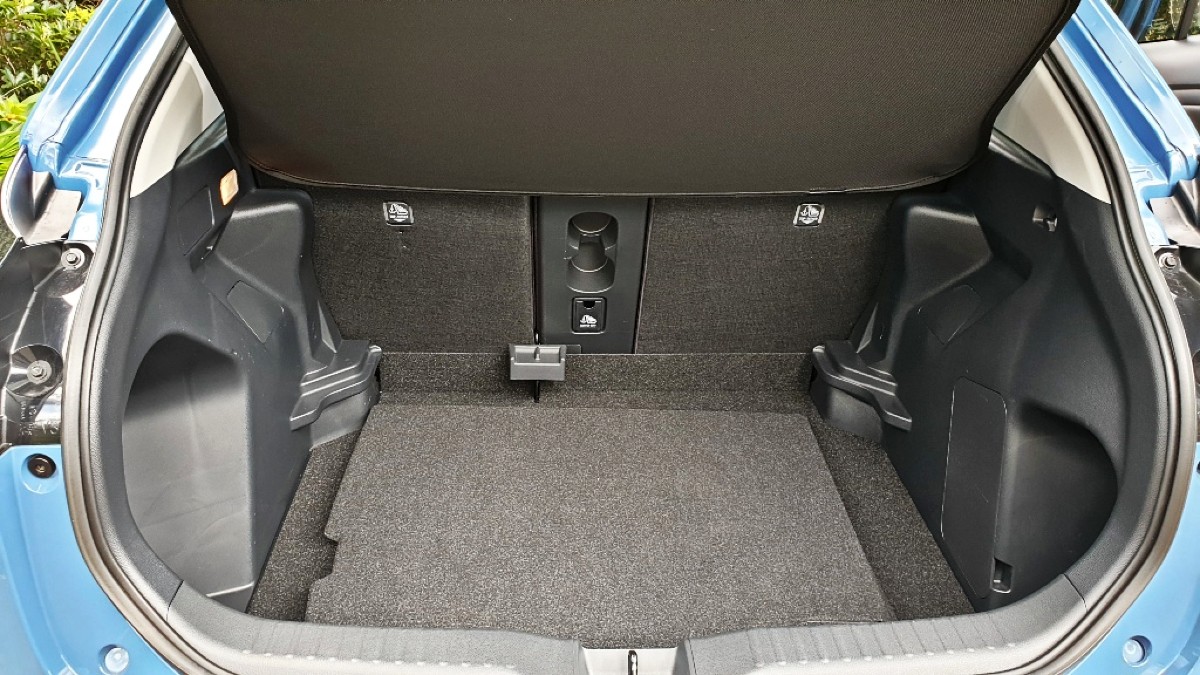 Check out deals on the Toyota Yaris Cross