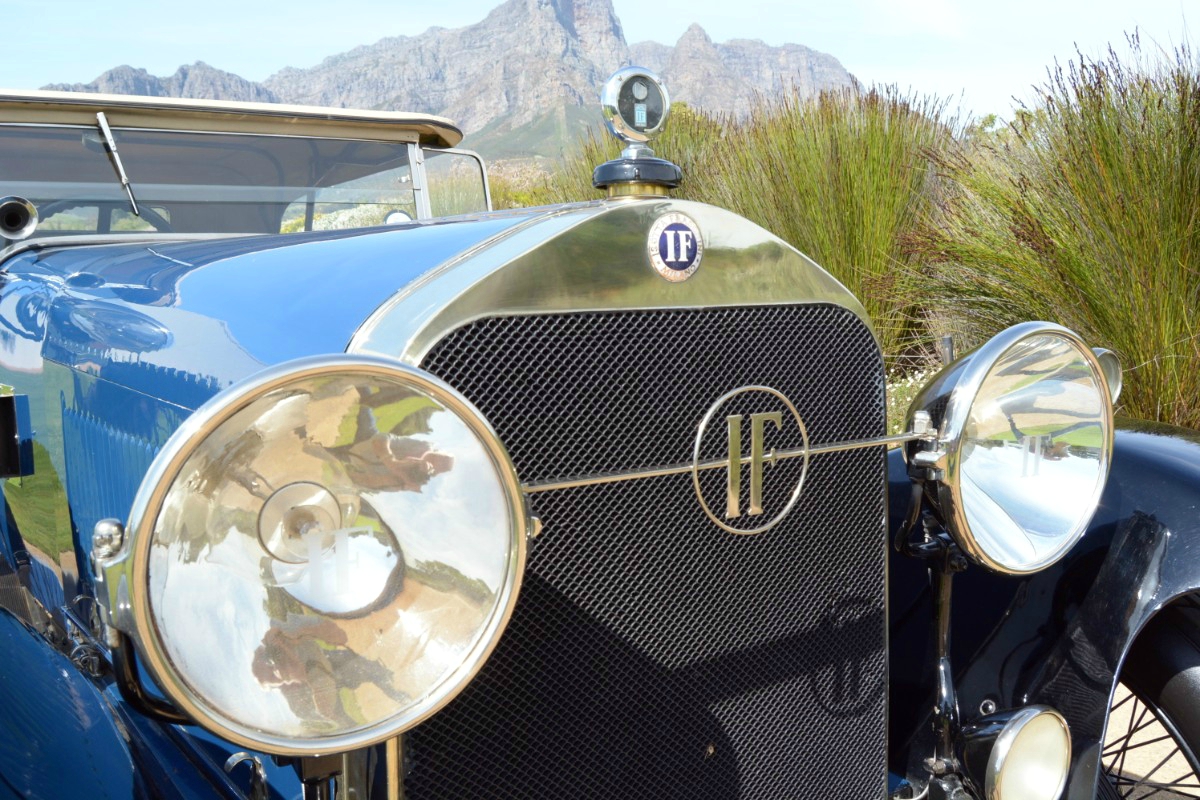 This is the story of a coach-built Italian thoroughbred with enough twists and turns to make a great TV drama.

Over the years, Italy has been the birthplace of a number of the world’s most desirable automobiles, in particular sporty brands such as Alfa Romeo, Ferrari, Lancia, Lamborghini and Maserati — spring to mind.

Fiat has always dominated the country’s volume market, but given the wealth of Italian designers and custom coach builders that have emerged from what is arguably the world’s capital of style — it is somewhat at odds that the country has not produced any luxury brands of long standing.

In the pre-war years there was one manufacturer that certainly did epitomise opulence, but sadly the name did not last. Thankfully, however, some of the cars did.

Their motto was ‘Import, sell, repair cars’ and the company began its business by assembling Renaults before moving on to producing its own vehicles in 1904, starting with a 7.4-litre 18kW four-cylinder.

There was a brief liaison with Lorraine Dietrich in 1907 that allowed the French automaker to build 500 Isotta Fraschini chassis, but IF quickly resumed as an independent manufacturer and continued to develop a line of cars that totalled more than 30 different ‘Tipos’ over a 15-year period.

The company was very forward thinking in its approach and recognised the value of motorsport in those times, winning the Targa Florio in 1908 with a 8.0-litre (51kW at 1400 rpm) while also running a team of voiturette racers with a four-cylinder, 1.2-litre overhead-cam engine (13.5 kW at 2200 rpm) designed by none other than Ettore Bugatti.

Early pilots of Isotta Fraschinis in motorsport were Enzo Ferrari and Alfieri Maserati.

An enormous, chain-drive 11.3-litre car appeared in 1913 before the company’s most popular model appeared at the Paris Show on October 9, 1919 –the Tipo 8.

It was an uncomplicated chassis with a 3683mm wheelbase, 1422mm track and semi-elliptical springs at all four corners.

The engine was a massive 5.9-litre monobloc straight-eight – the first such layout to be fitted to a production car – with nine main bearings, aluminium pistons, and a gear-driven camshaft operating pushrod overhead-valves.

There was no external intake manifold: two Zenith carburettors were attached directly to the block.

Continuing the aesthetic theme, even the spark plug leads were hidden in a conduit attached to the block.

Mated with a three-speed gearbox via a multi-plate dry clutch, it developed a maximum of 64kW at 2200 rpm.

This particular car – chassis number 359, built in 1922 – was found in pieces scattered over 30 hectares of the majestic Prynnsberg Manor Estate near Clocolan in the Free State, South Africa, which was built by diamond mining magnate Charles Newberry. 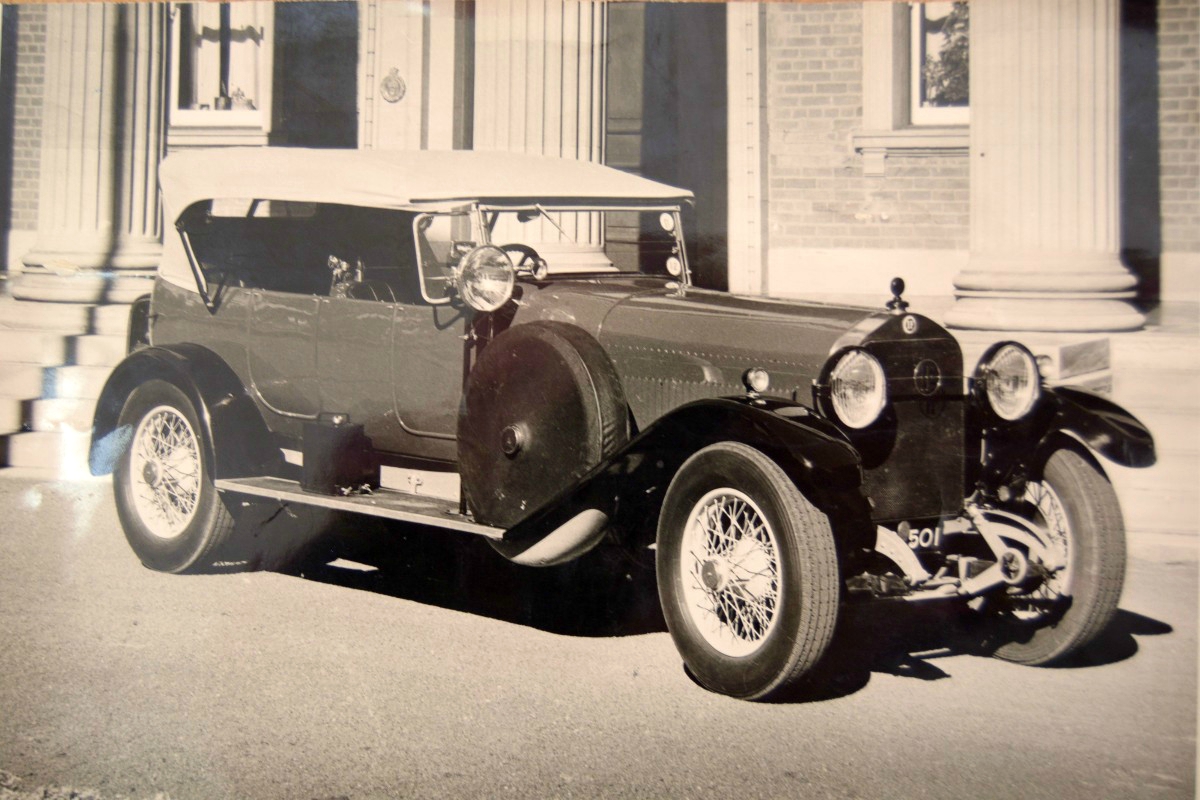 Newberry had emigrated from the UK in 1864 and together with his brother, John, toiled hard at Kimberly’s open-pit and underground mine – dubbed the ‘big hole’ – and earned enough holdings to be a shareholder in Cecil Rhodes’ Central Mining Company, which became De Beers.

So, in 1879 the now wealthy Newberry left the business and together with his new wife Elizabeth Daniel, moved to the Eastern Free State to set about the fulfilment of his dream — to create a classic English country estate in the wilds of Africa.

Having purchased land from a man named Prynn, he christened his venture Prynnsberg.

The Newberrys set about collecting mainly cultural art, including many Egyptian relics, and hereby hangs another tale.

There is a school of thought that believes the family ‘obtained’ some ‘undisclosed’ artefacts from the tomb of Tutankhamun because a Percy Newberry was the right-hand man of Howard Carter, who discovered the tomb.

But no direct link between Percy and Charles and his descendants can be found . . . so doubt exists.

However, another well-known English Egyptologist, Guy Brunton, married Charles’ oldest daughter, Winifred, herself an artist, illustrator and Egyptologist, so it is more likely a number of objets d’art on the estate would have been acquired by these two.

But why is this significant?

It is reported that in an attempt to save Prynnsberg for future generations, Charles Newberry (1841-1922) invoked in his will a South African inheritance clause that left the estate to the eldest son of the fourth generation to follow, which amounted to early descendants becoming mere trustees of the estate on behalf of a fifth-generation male.

But things did not go according to plan. Elizabeth outlived Charles by some eight years and by the time she passed the estate to their eldest surviving son, Ernest, the substantial family holding in De Beers’ shares was gone, as was seemingly any working capital.

Living in a vast house surrounded by priceless antiques, but with no cash funds, the family found themselves trapped in a gilded cage.

Ernest’s son Edgar apparently “couldn’t stand the place” and, together with his wife, became addicted to alcohol, a legacy passed on to their son Trevor – the third generation Newberry.

Trevor proved to be incapable of sustaining any sort of control over the crumbling estate, many contents of which – including some of the Egyptian artefacts as well a number of opulent automobiles – were sold off to cover debt and finance their drinking.

Trevor died of alcohol abuse in the late 1980s, by which time Charles Newberry’s Prynnsberg dream lay in ruin.

Back to the point: despite appearing to have little more than scrap value, the remnants of the Isotta Fraschini were purchased (with some trepidation) in 1954 by eminent South African classic car collector Waldie Greyvensteyn, who set about rebuilding the car.

A number of vital parts were missing and replaced with spares from other collectors, or remade – except for the crown-wheel-and-pinion (CWP).

After 18 months when all hope of finding a CWP was lost, while reading a copy of Motor Sport, Waldie spotted a letter from a reader that mentioned an IF that was being broken up in a scrapyard in England.

Excited and following up immediately, Waldie located the site in Truro, Cornwall and with some difficulty (the Cornish accent is tricky to the untrained ear) placed an order for the CWP and other parts.

Waldie sent the required money, but after nine months, nothing had been delivered.

Waldie contacted the secretary of the UK’s VSCC (Vintage Sports Car Club), who promptly put the matter in the hands of Michael Gaudin, a club member “who knows how to deal with tough scrap dealers!”

Gaudin lived up to his reputation as he dealt with the dealer who apparently was a “very cross man” with “a big chip on his shoulder”, but he endured, and five weeks later a complete diff assembly and torque tube arrived at Waldie’s home in Brandfort, along with axle shafts and hubs, rear springs and brake rods.

Documentation shows the total cost for the parts was £54, packing and freight charges approximately £28 and Gaudin charged a mere 17/6d for his services. Halcyon days.

It took a further three years to bring the once dismembered Isotta Fraschini back to its former, complete glory.

As with all Isotta Fraschinis, the Tipo 8 was a chassis only, with bodies supplied by various coach builders from around Europe.

Plates on this car’s door sills proclaim that it has ‘Coachwork by Cowley Coach & Motor Co, Cowley Peachy, Midx’, which denotes an apparently prestigious coachbuilding operation based in Cowley Peachey (spelt with an ‘e’) in Middlesex, England.

Research revealed a slightly mysterious connection with an R H ‘Bill’ Beverton, who appears to have been a director of the firm as well as holding an agency for Isotta Fraschini.

He was linked with Antonio ‘Tony’ Lago, who in 1935 took over the ailing Anglo-French Sunbeam-Talbot-Darracq company to create Talbot-Lago.

Yet another piece of intrigue surrounding this car involves a letter written to Waldie from the daughter of a female Newberry descendent, Elizabeth (married name Vellacott).

She statied her mother remembered the car well and claimed it was originally owned by J G Parry Thomas, the famous Welsh engineer and racing driver who was fatally injured attempting a new land speed record on Pendine Sands on March 7, 1927.

She claimed the car was bought for £600 from Thomas’s estate by Ernest Newberry.

Details of these early cars are incomplete but a couple of factors suggest the Parry Thomas ownership could well be true.

First the car was bodied in England by a company linked with an Isotta Fraschini sales franchise, rather than one of the more oft-used Italian coachbuilders.

Secondly, at the time, Parry Thomas was busy finalising his Leyland straight-8 overhead-cam engine and would have been intrigued by this rival pioneering design, which appeared a mere 13 months ahead of his engine’s debut at the International Motor Exhibition at Olympia, London on November 6, 1920.

Given the opportunity to drive this gargantuan tourer, I must admit that as I climbed aboard, I felt a bigger-than-usual sense of awe.

For starters, its sheer size takes some getting used to.

The driving position is cramped and the conventional floor-mounted pedal layout requires some muscle to operate smoothly, as does the worm-and-wheel steering at manoeuvring speeds.

Weighing around 2200kg (chassis alone weighs 1350kg), you have to tap deep into the big, lazy engine’s torque reserves to get rolling.

But, once into the high top (third) gear there is a feeling of being master of the road, using the thermometer atop the distant, bold radiator to point the way.

Fortunately, the brakes are well up to the task – in a 1920s sort of way – and the sheer Hollywood-ness of the car leaves a lasting impression.

In fact, the car was targeted at the American market.

It is easy to imagine being a star of the silver screen and cruising Sunset Boulevard, which one did in fact in the movie of the same name.

However, Isotta Fraschini was seriously affected by the economic crisis of the 1930s and by the disruptions of Word War II, and the company was forced to stop making cars in 1949.

The plants were converted to produce marine engines.

There have been attempts to resurrect the car-making brand, but without success.

Fortunately, the company’s founding automotive exploits can still be appreciated by viewing and driving examples such as this.

CHECKOUT: Sky the limit for Loco’s Letts and his Olds