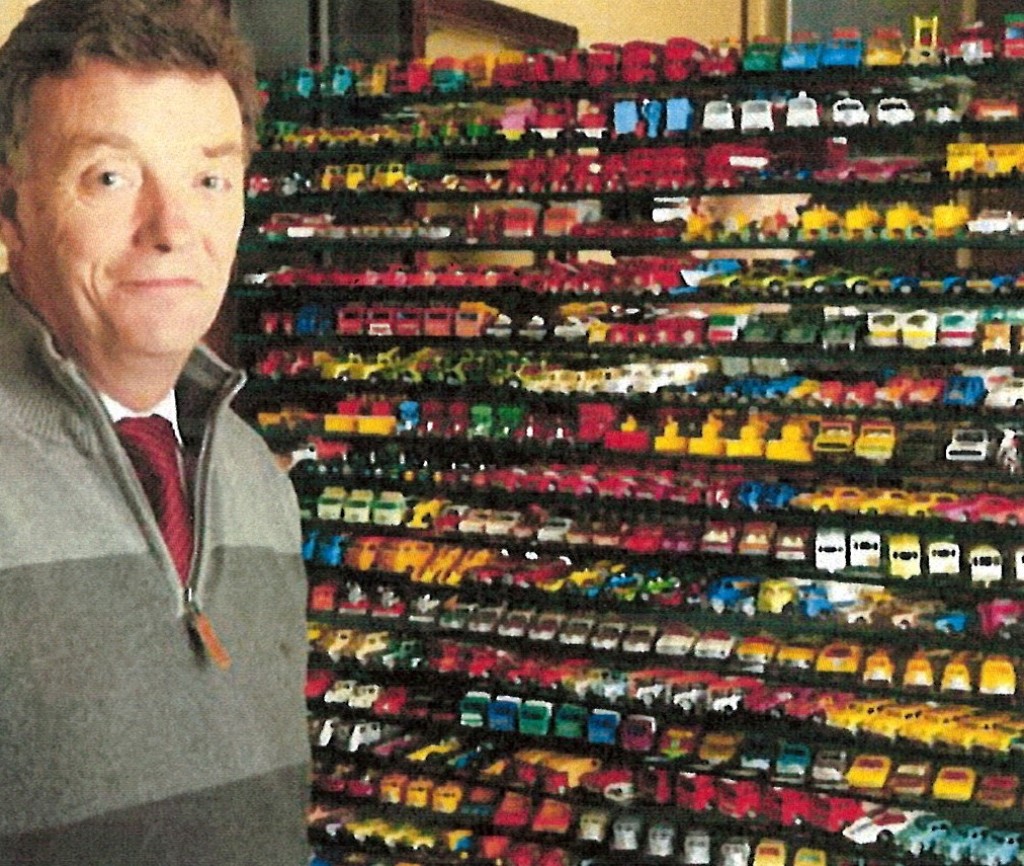 SIMON Hope collected nearly 3000 Matchbox diecast model cars over the years — and collected more than $560,000 for his trouble when he sold them at auction.

The 68-year-old Briton and founder of H&H Classics, a classic vehicle and automobilia company, had to use three separate auctions to clear his massive trove of models that first arrived in 1953, made by Lesney Products.

Hope has owned a lot of real road-going classics too, among them a 1947 Sunbeam Talbot Ten, which he acquired while still in high school.

Hope said his parents started buying the diecast models for him from the tender age of 2.

But he loved them so much he didn’t play with them much, and never put a mark on any of them.

“I simply opened the box, took the model out, looked it all over, ran it a couple of times along the table or floor, and promptly put it back in the box,” he said.

“It didn’t help when Gran simply refused to let me play with them at all when we went to see her.

“It then got put on a shelf in my bedroom and waited until the next birthday for another friend to join it on the shelf.

“This continued until I started to earn paper round money, and it all went on models (and maybe the odd sweet)”

So the collectables became an incredible condition and still in the original packaging.

If he saw something that sparked joy, Hope bought it.

“I was not really collecting,” he said.

“I had not joined a club, I did not have a price guide or a list of rare models or anything — I just bought what I liked but I was buying lots.

“It was only when I got older that I realised there was actually a collecting scene out there on rarer versions and colours.

“Luckily, I met Julian Royse from Vectis (a classic auction house) early on and he helped point me in the right direction.”

Royce sold the collection for him in three special sales, the first last April, another in late September and the final one in late November.

“This collection was astounding and probably the biggest of any I’ve seen,”  Royse said.

“There is a big market out there for items like this, particularly models from the 1970s as these things do tend to be generational.

“Models from the 1950s which have previously been very valuable are now less so and later examples are extremely desirable.

Monaro makes motza, but not the half-mill tipped

“We find the demand far outstrips the supply and as such people will be very keen to get their hands on pieces which may not come up again in their lifetimes.”

Royse added that Matchbox vehicles have a very strong market in eastern Europe, especially in the Czech Republic.

Top price fetched at auction was $13,240 for a lime green ERF dropside truck.

A  massive auction usually signals the end of a collection, but collectors are never finished.

“I will still be at the sales for the odd one I am missing . . . my world is auctions.