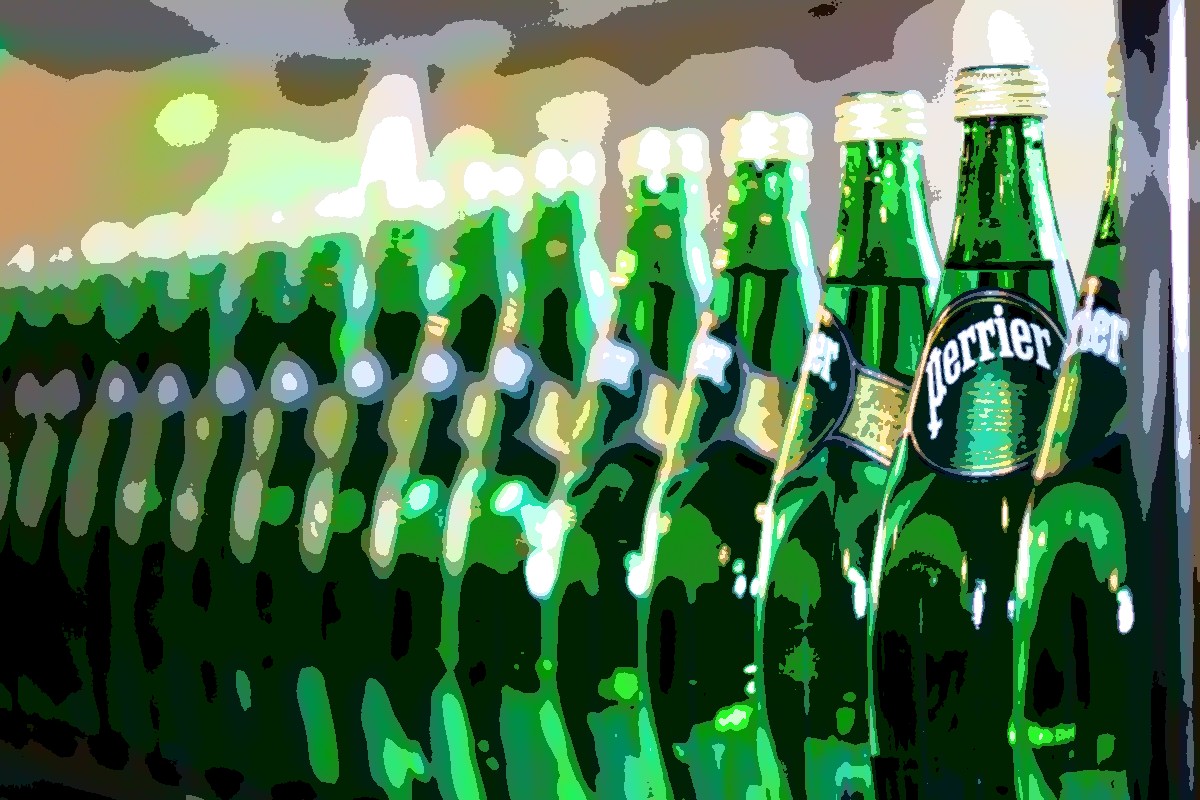 Home
Toy stories
This technology is worth bottling

Things might go better with Coke, but the top end of town prefers sparkling mineral water.

If it’s French, has lots of bubbles and comes in a distinctive green bottle — then so much the better.

But those in the know might find sipping Perrier from a recycled plastic something of an affront?

The company, now owned by Nestlé, has unveiled a prototype of a bottle based on what it describes as “novel” technology that could revolutionise the packaging industry.

In fact, you could call it the ultimate green solution.

Perrier is a French brand of natural bottled mineral water captured from a source in Vergèze, located in the Gard département.

It’s best known for its naturally occurring carbonation, distinctive green bottle, and higher levels of carbonation than its peers.

In other markets, 250ml cans are also available.

Perrier bottles all have a distinctive ‘teardrop’ shape and a signature green colour.

In August 2001, the company introduced a new bottling format that used polyethylene terephthalate to offer Perrier in plastic.

It’s a change that was researched for 11 years to determine which material would best help retain both the water’s flavour and its purported “50 million bubbles.”

The innovative technology makes it possible for plastic to be recycled endlessly, but retain the properties of virgin plastic.

The bottle has been produced by the Carbios global consortium that includes L’Oréal, Suntory Beverage & Food Europe and PepsiCo.

The prototypes have been tested thoroughly in terms of safety, quality, and performance.

They have also been adapted specially to withstand the pressure of carbonated water, while incorporating the iconic design and green colour of a Perrier bottle.

While recycled PET bottles already exist in the marketplace, this new technology when developed on an industrial scale, will help increase the amount of PET plastic that can be recycled.

The Carbios technology uses enzymes from naturally occurring microorganisms to break down PET plastic into its constituent parts, which can then be converted back into new, virgin-grade like plastic.

The ground-breaking process is also unique because it enables the production of recycled PET from any type of PET plastic, regardless of color or complexity.

This will  allow the recycling of more types of PET plastic that would otherwise go to waste or be incinerated, thus creating an endless, fully closed loop for plastic recycling.

Nestlé’s R&D expertise and infrastructure has also been leveraged to create bottle performs using the technology for other Carbios members.

Each member was then able to blow up the preforms into specific bottle shapes according to their needs.

The Carbios partnership and resulting innovations are part of Nestlé’s continuous efforts to lead the shift from virgin plastics to food-grade recycled plastics and to accelerate the development of innovative sustainable packaging solutions.

Nestlé also recently unveiled two new packaging innovations for its Vittel natural mineral water bottles which are made with as little recycled plastic as possible.

The spring in Southern France from which Perrier is drawn was originally known as Les Bouillens.

It had been used as a spa since Roman times.

During 218 AD, Hannibal and his army, en route to his intended conquest of Rome, decided to rest for a while at les Bouillens where the men took water for refreshment.

CHECKOUT: Stretch your legs in the Lego Elva