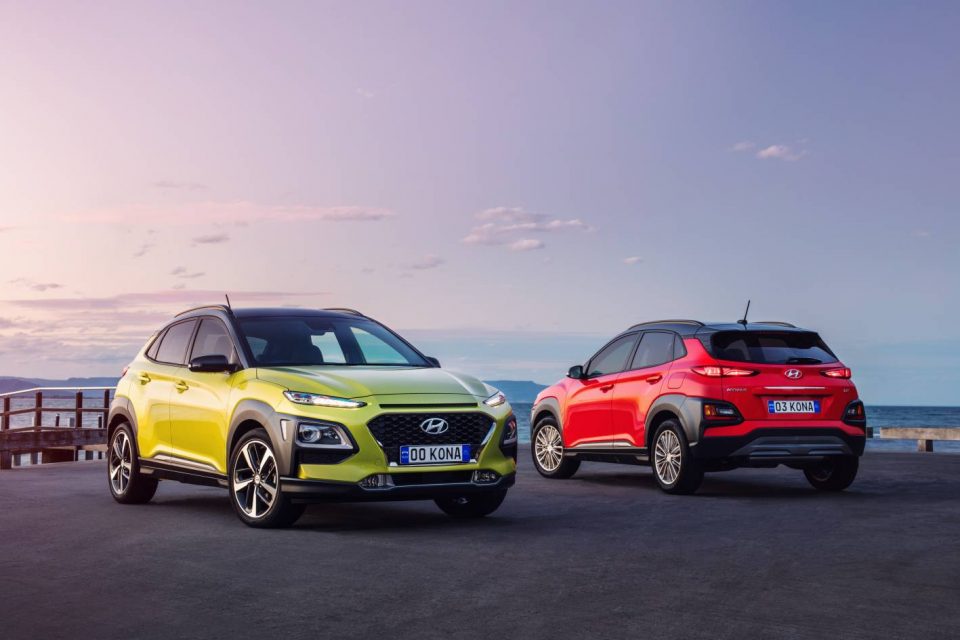 THERE I was, enjoying a wide open country road with about 5km of clear visibility and no solid white lines, so I straightlined a few swoopy bends.

Next thing there was a warning ‘ping’ from the dashboard and a message suggesting I take a break and have a strong coffee.

It brought a smile to my face, but it was just one of many features of Hyundai’s new Kona, a colourful, capable, compact and decidedly cute little SUV that might well climb to the top of its class.

Australia already has 105 different SUVs in its overpopulated market, 31 of them in the Kona’s compact class.

But the just-launched car, shorter and lower than its class rivals, is wider than most and among the roomiest.

It’s also one of the funkiest, with a choice of vibrant colours in two-tone options and a pleasant, mainly soft-touch, dash and interior.

It’s aimed at young professionals as a weekday commuter and weekend adventure vehicle, the latter supported by subtle body cladding. But it’s equally suited to older folks and anyone with an eye for style.

Kona, named after a Hawaiian coastal region, comes in a choice of two drivetrains and three levels of spec.

Priced from $24,500 to $36,000, all models have a 7-inch tablet-style touchscreen that enables full smartphone connectivity with Apple Car Play and Android Auto with access to calls, messaging and satnav via your maps app can through this system.

There’s no diesel in the line-up.

Both drivetrains are available in all trim levels and Drive Mode Select provides a choice between Comfort, Eco and Sport modes.

But though the Konas look alike and have similar appointments, they are quite different animals on the road.

Both have electric-powered steering and Macstrut front suspension, but the 2WDs get a torsion beam in the tail while AWDs have a more sophisticated dual arm and multi-link set-up.

Both are great runners on tarmac, but the 2WD was not as happy as the AWD on country roads and its basic suspension jarred on corrugations, while the AWD handled the conditions with aplomb.

Still, I spent most of the time in a 2WD because it’s a bit cheaper and is probably going to be the best seller.

Also, despite the body armour and slightly angry looks, it’s pretty certain that very few Konas will ever go off road, so the urban-oriented 2WD makes good sense.

I was also impressed with the 7.2L/100km average it recorded after about 250km of quite hard driving in some very twisty and undulating ACT terrain, including dirt roads.

From there, Elite and Highlander fittings increase to include various upmarket items, including autonomous emergency braking.

The small Kona, built on a modified i30 platform, is big on safety and apart from a myriad electronic driver aids, it has a super-strong ring structure around the occupant cell.

Another of the good features is Hyundai Auto Link, which makes for seamless access via your smartphone to everything from vehicle diagnostics, tyre pressure monitoring and vehicle ‘health-check’ status, to driving and parking history statistics, parking, service scheduling and automatic access to roadside help.

In all, an impressive car with a lot of chutzpah and some in-your-face finishes.

It’s a bit bigger inside than its likely main rival, Mazda CX-3, with more spacious and comfortable rear seats, a boot with a two-deck floor that makes for a perfectly flat cargo area with the back seats folded down and a good audio system.

The AWD gives a nimbler ride and would be the one of choice, but the 2WD is still a smoothie in the city, just as easy to park, and more importantly for today’s young professionals, a head turner par excellence.

I liked the Acid Yellow with a black ($295) roof, but it looked damned good too in Tangerine Comet and black.

A lot of car for the money.