Tacoma takes it up a level

Big utes or pickups as the Americans call them are becoming big business in Australia and Toyota has a couple of candidates — the Tacoma and even larger Tundra.

There used to be a Tundra parked down the road from Toyota’s headquarters in Sydney, almost like an advert for its American muscle.

It’s something Toyota’s Orlando Rodriguez says is always on the company’s radar, but there are no plans at this stage.

The fact both vehicles are built in left-hand drive only doesn’t help the cause.

But never says never in the automotive world — that’s a given.

Tundra is currently imported, converted to right-hand drive and marketed here by the Queensland outfit Performax that sells many of the other big utes too.

But, getting back to Toyota and its plans.

“It is definitely something that we are studying intently, but have nothing to announce at the moment,” Rodriguez said.

“Tundra is a more likely chance for future introduction, as it sits in its own category and would offer a completely new choice for our customers.

“The Tacoma is a less likely option as it is so closely related to Hilux in size and spec so would be less likely to make sense for our market.”

That’s a crying shame because Toyota in the States has taken the wraps off a terrific Tacoma concept.

Earrmarked for this year’s SEMA show, which was called off because of COVID, Toyota says this Tacoma will go places otherwise inaccessible to average vehicles.

It features a slew of off-road performance upgrades that align with Tacoma’s “go anywhere now” personality and the rising popularity of overlanding adventure.

Toyota says “Overlanders” leverage their vehicle as the key to their adventure to help push their journey forward.

It is their base camp and provides them with the self-sufficiency and capability they need to get them to their destination and back.

They are passionate about exploring the outdoors and are at the forefront of nature and getting to experience it all.

“The word Overlanding may be a new word to some, but it’s become increasingly popular this year as more and more people are exploring roads off the beaten path with friends and family,” Group vice president – Toyota Division Marketing, Ed Laukes, said.

“We were excited when the 4WD Toyota Owner Magazine editors shared their idea for this project, and we naturally thought it would be cool to include the build in our SEMA360 presentation.” 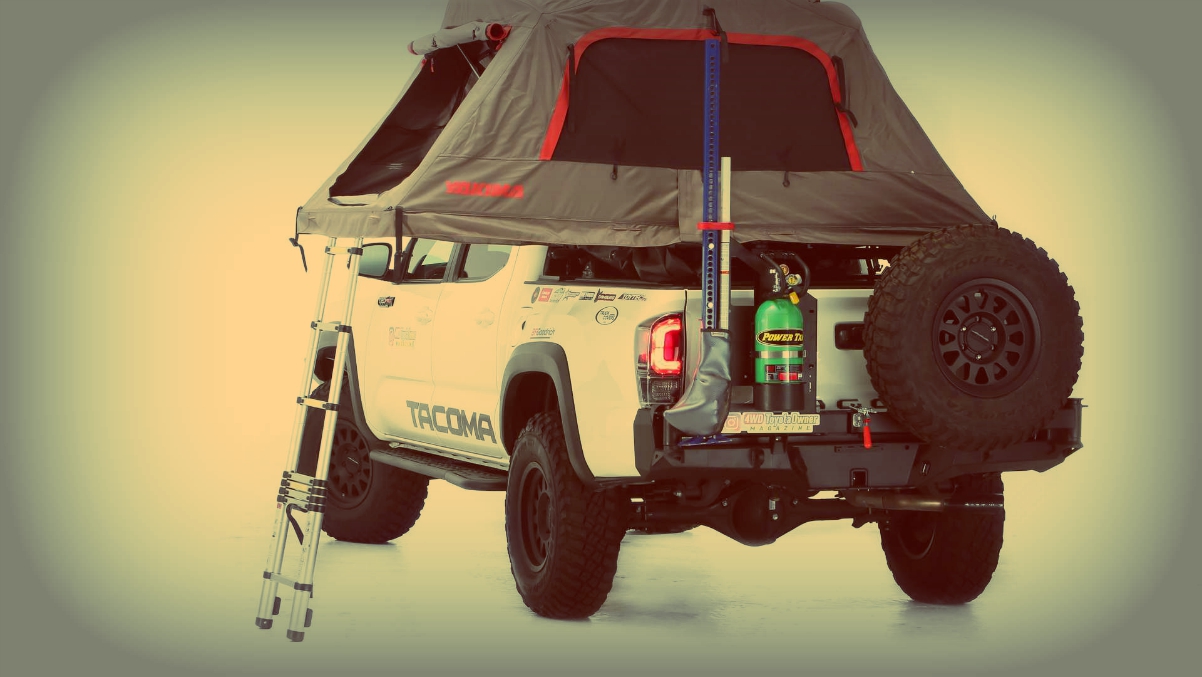 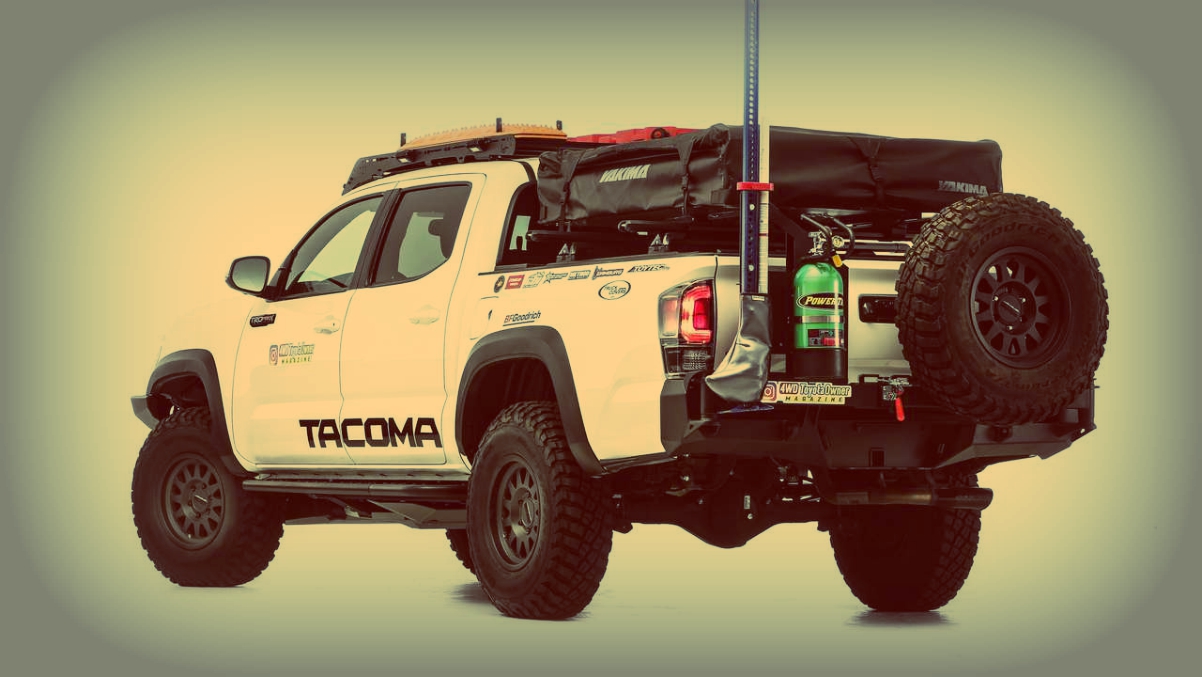 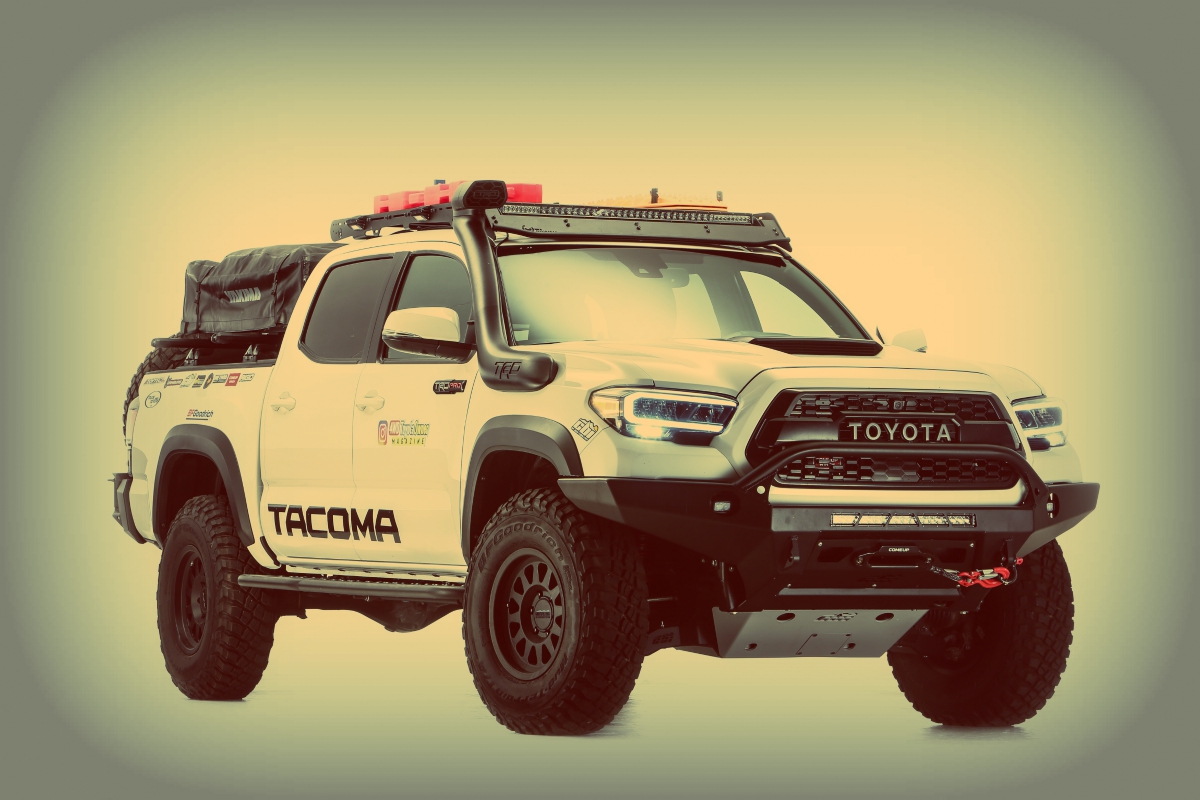 The magazine started with a Tacoma TRD Pro, teaming up with Ryan O’Connell and ShmellFab to create the build.

They added a Magnuson Superchargers Roots-type TVS1900 blower that boosts engine output to 275kW of power and 447Nm of torque. 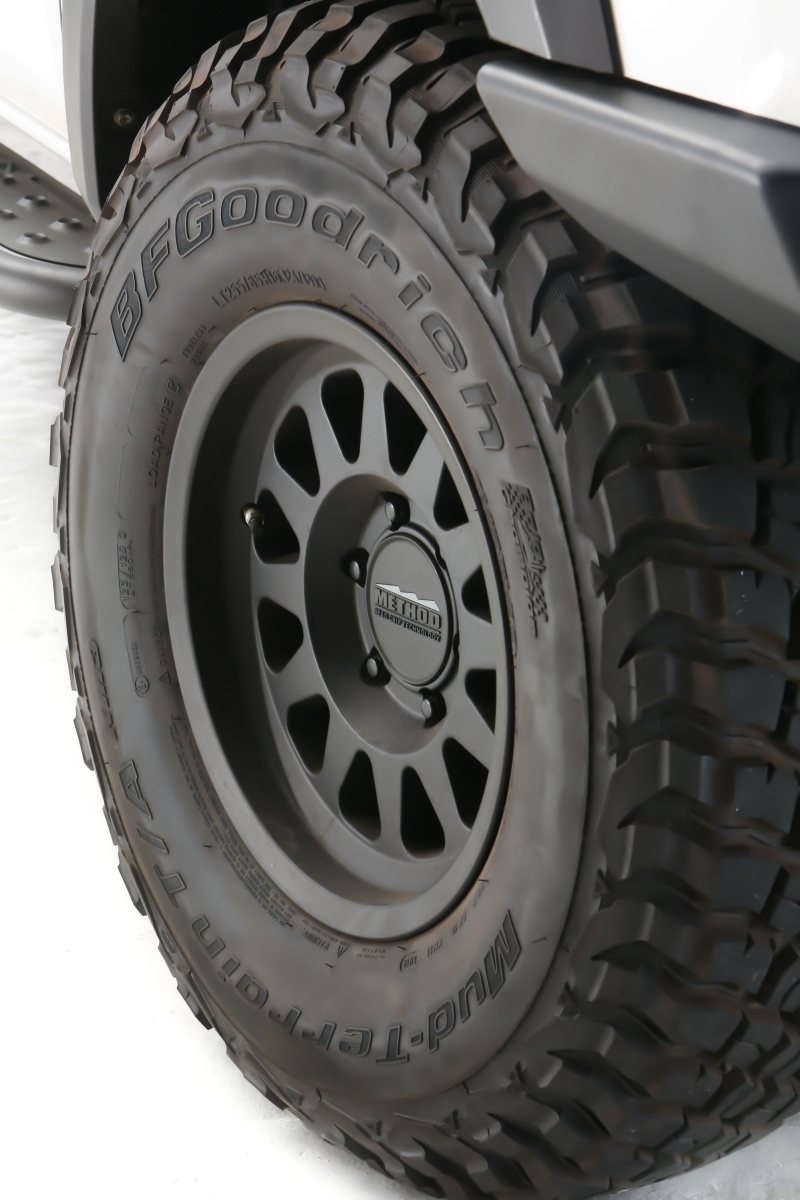 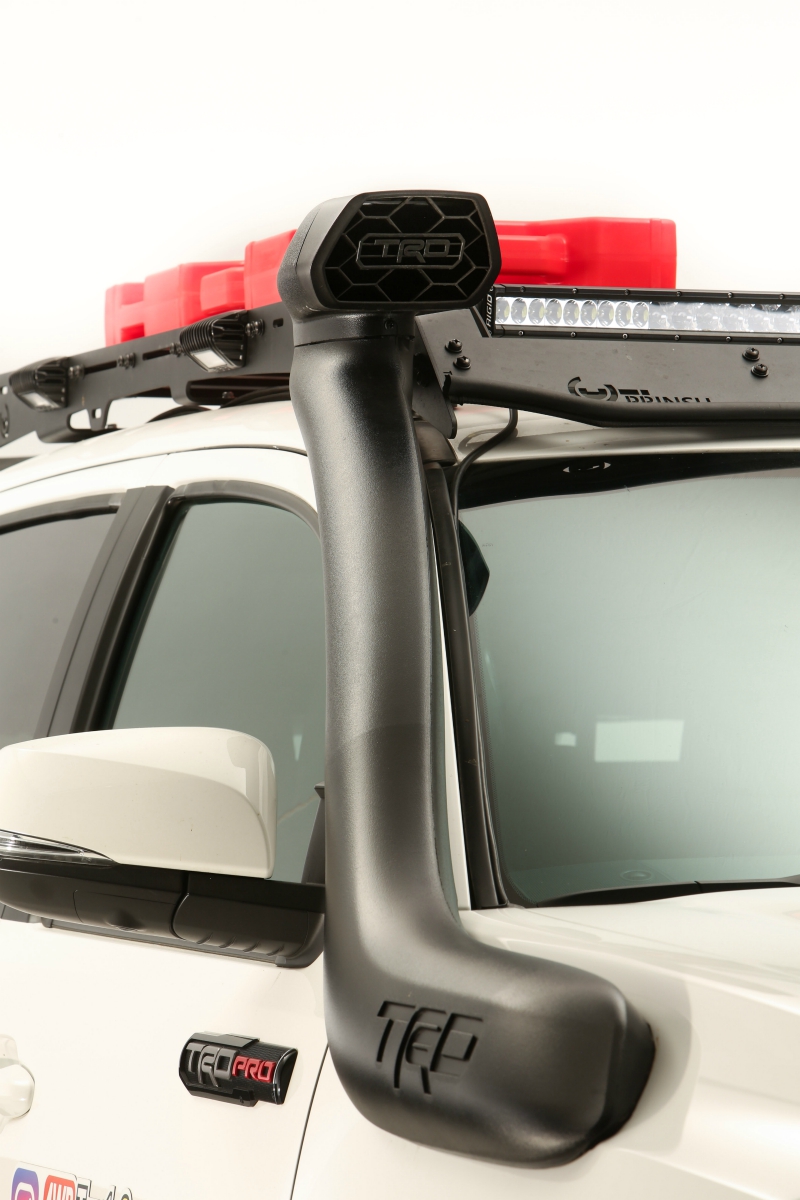 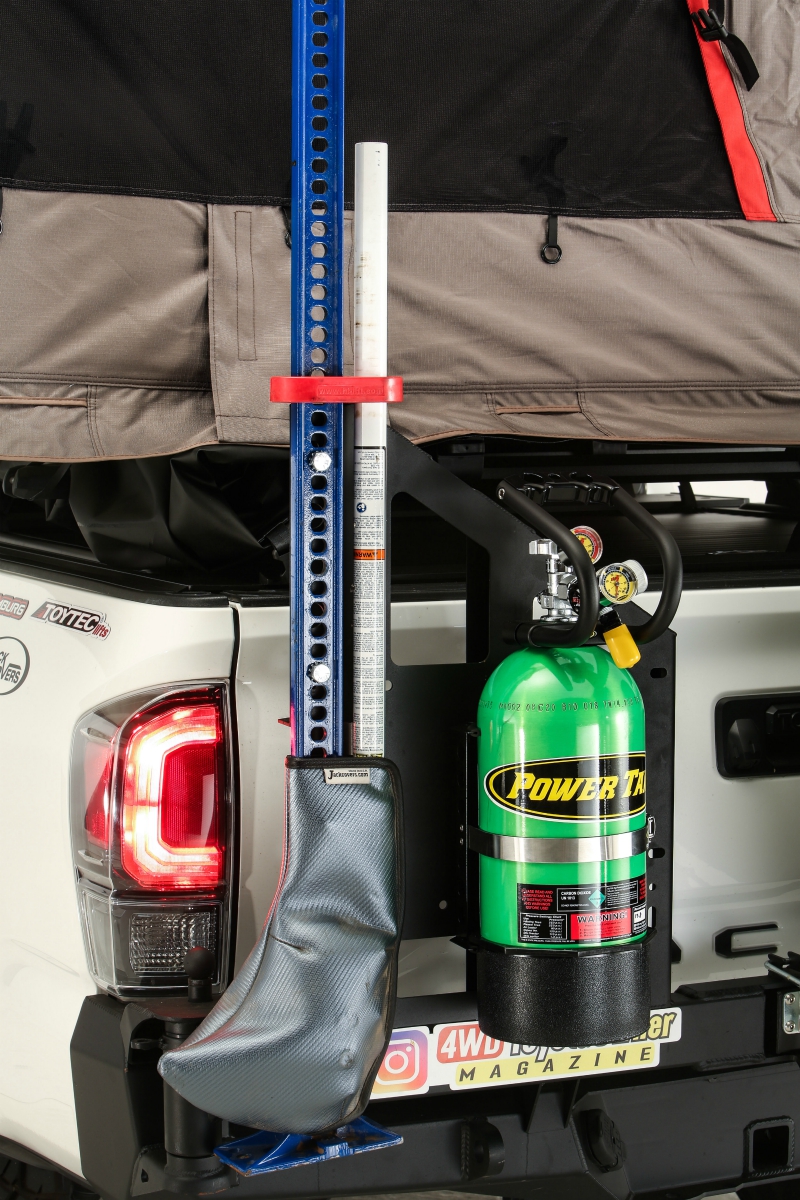 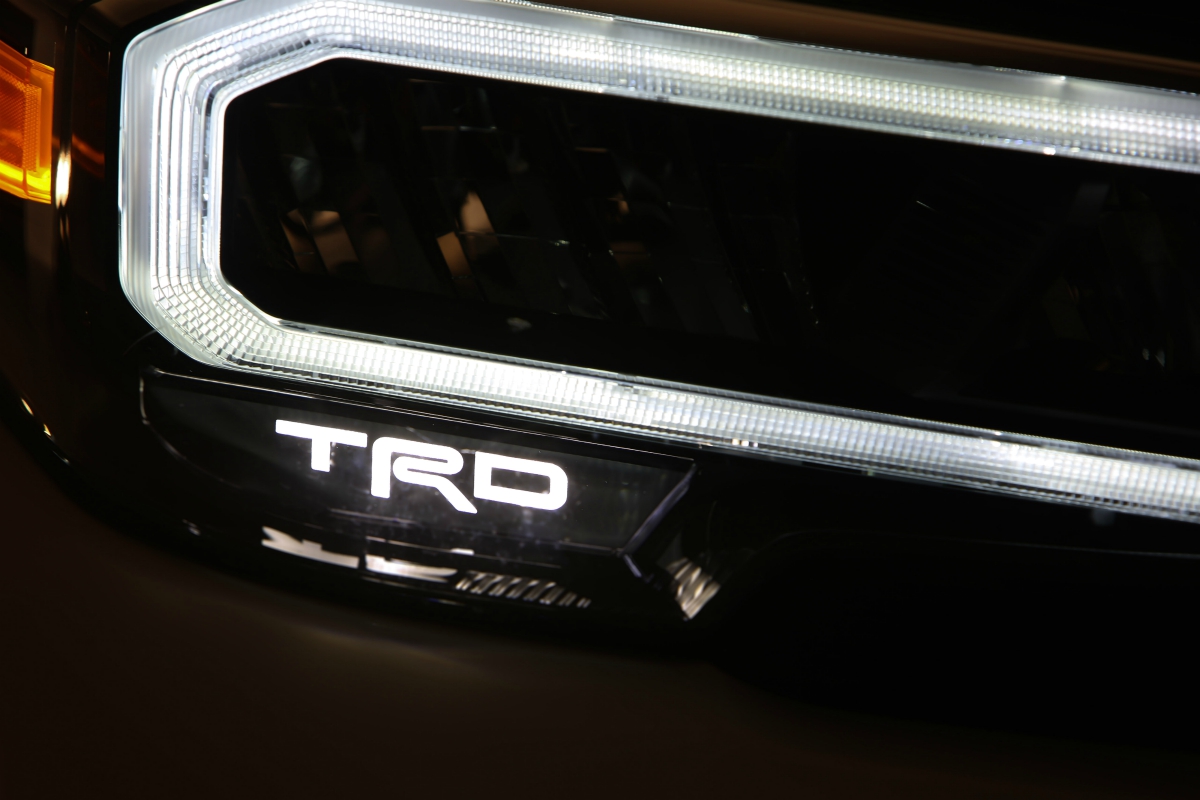