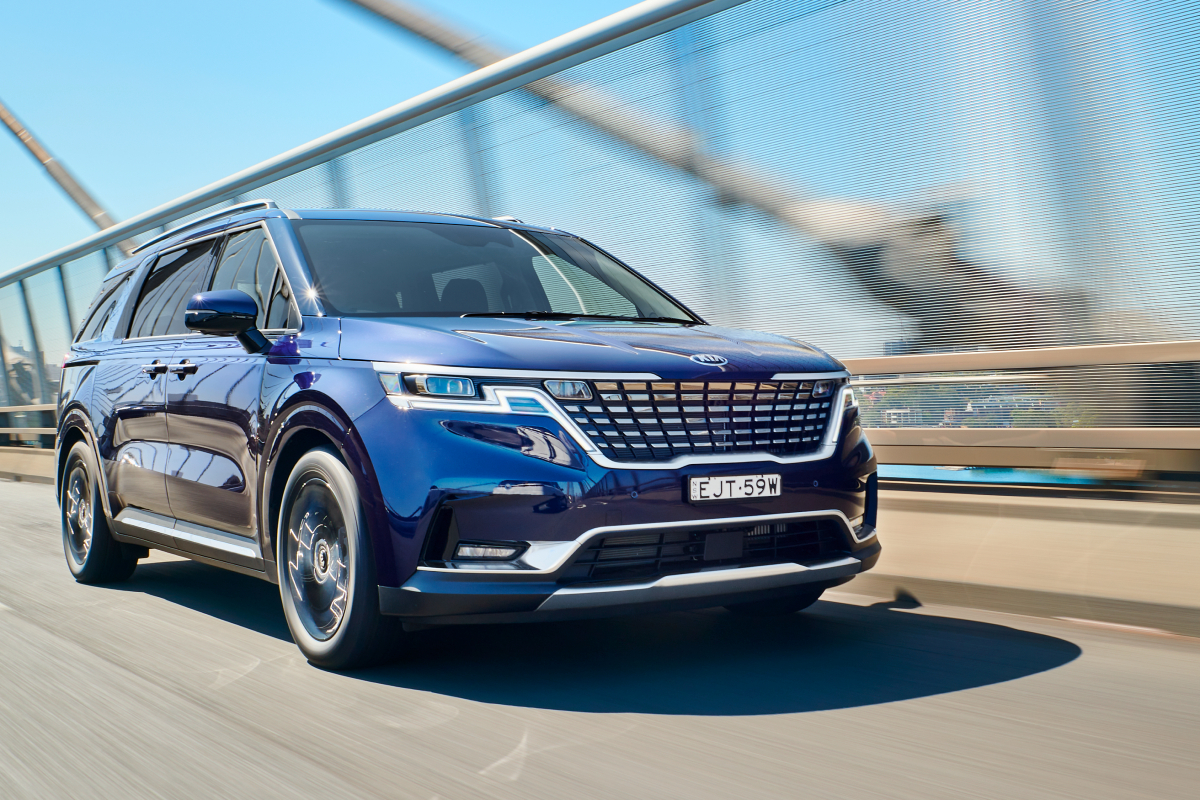 Kia’s new Carnival could be a tiny bit too smart for its own good.

The second row of seats is designed to be reversible, so that occupants can face the rear as well as those in the third row.

It’s a handy feature, especially if the people mover is being used to ferry passengers commercially, allowing them to conference in the back.

There’s a problem for parents however if they want to use the seat in the reversed position with a child restraint fitted — it’ll work but unfortunately it’s against the law.

Kia explains this is possible because it is in fact allowed in some countries where the Carnival is sold.

As such the company is quick to point out, the use of a child-restraint in the seat while it is facing rearward is discouraged.

Might have be easier to simply disable this feature for our market?

The fourth-generation Carnival, with seating for up to eight people, comes in four grades — S, Si, SLi and Platinum — with a choice of petrol or turbo diesel engines.

While the Smartstream R2.2-litre CRDI diesel punches out 148kW and 440Nm — about the same as the current model.

But it’s lighter with an aluminium block, reducing fuel consumption from 7.6 to a family-friendly 6.5L/100km.

Drive in both is to the front wheels through an 8-speed auto.

Overall length of the new Carnival grows by 40mm to 5155 mm, with a 30mm longer rear overhang that creates more space for third-row passengers and best-in-class luggage space.

The lift-over height for the boot is 26mm lower than before at 640mm, making it easier to load.

A power tailgate and smart power-sliding rear passenger doors facilitate access to the boot and cabin.

Carnival is fitted with seven airbags, as well as a suite of electronic vehicle safety systems.

CHECKOUT: Kia Sorento: To tow or not to tow?