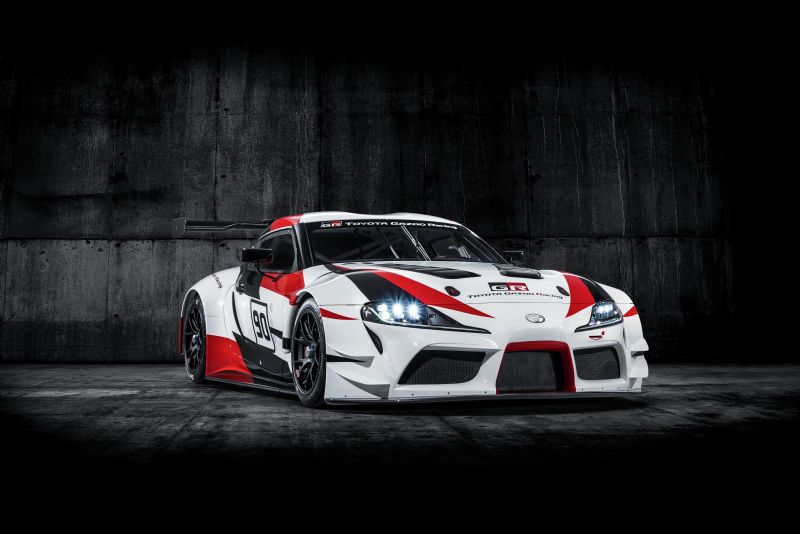 Supra return closer than you think

Fans of Toyota’s Supra sports car could see the return of the iconic model inside a year.

That’s the message loud and clear from Toyota after the debut of the Supra racing concept at the Geneva motor show.

“The debut of the GR Supra Racing Concept is similar to Toyota’s reveal of the C-HR Racing at the 2016 Geneva show, almost a year ahead of the arrival of the production version of the compact SUV,” a spokesman said.

Starry-eyed with the runaway success of its cheap, rear-wheel drive 86, Toyota has confirmed plans to produce a new generation of the Supra.

Toyota said the compact two-door concept, with its front-engine, rear-wheel-drive configuration, demonstrates the potential for a fun-to-drive car that can deliver high performance — both on and off the track.

“Supra is one of the most beloved Toyota cars of all time and its nameplate continues to command enormous respect,” he said.

“There has been huge public interest in a modern revival of the Supra legend – and this concept points to a sports car deserving of the famous name.

“Revealing a racing concept ahead of a production model highlights that motorsport is Toyota’s proving ground of choice for high-performance vehicles.

“The GR Supra Racing Concept makes it clear Toyota is developing the Supra to be a true driver’s car.”

Its enduring popularity has been helped by the Gran Turismo game and with a starring role in the first film of The Fast and the Furious franchise.

The Supra badge first appeared in 1978 on a larger and more powerful version of the second generation Celica before it became established as a model in its own right.

The front engine, rear-wheel-drive GT sports car remained in production until 2002, and in its final generation it was Toyota’s most powerful production model.

In Australia, Supra was introduced in 1983 with cumulative sales of 2895 cars over the next decade.