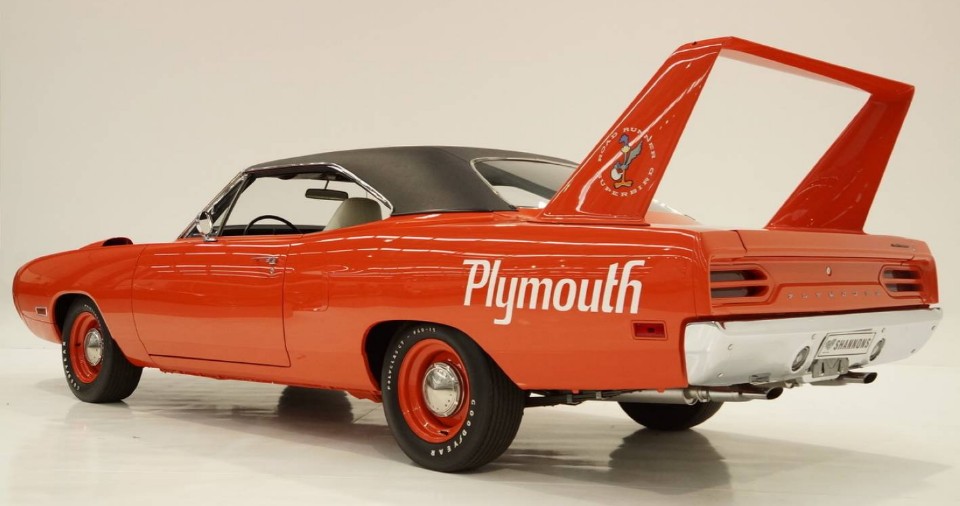 Superbird the last word in extreme

The wild, winged and wonderful coupe developed specifically for stock car racing in 1970, was Plymouth’s response to the Charger Daytona fielded by sister company Dodge the previous season.

With its extended aerodynamic nose and outrageous rear tail fins, ‘Superbird’ decals and matching ‘Beep-Beep’ horn, it was just too extreme for many Americans.

Adding to its legendary status, Richard Petty’s Superbird appeared as a key character in the 2006 Pixar film Cars, with Petty as the voice of seven-time champion Strip “The King” Weathers.

Shannons is offering one of these extremely rare US muscle car at its upcoming Melbourne Autumn Auction on April 30.

The fully restored coupe is one of just 135 fully-fledged Superbirds built by Plymouth in 1970 with the thumping 426-cid Hemi V8 under its long bonnet.

It is also just one of a handful in Australia.

NASCAR regulations demanded that vehicles to be raced had to be available to the general public and sold through dealerships in specific minimum numbers.

However, the Superbird’s distinctive aerodynamic bodywork initially met some sales resistance in the USA.

Some customers preferred the regular Road Runner and as a consequence, many of the required 1920 examples built for racing homologation still sat unsold on the back lots as late as 1972.

Some were even converted into more conventional-looking 1970 Road Runners to move them off the sales lot.

The left-hand-drive Superbird being auctioned by Shannons has been in Australia for a number of years and was previously restored by specialists in the USA.

Given its extreme rarity, standout appearance and the quality of its restoration, it is expected to sell in the $520,000 to $580,000 range.

CHECKOUT: Your choice: Camry or classic 911?