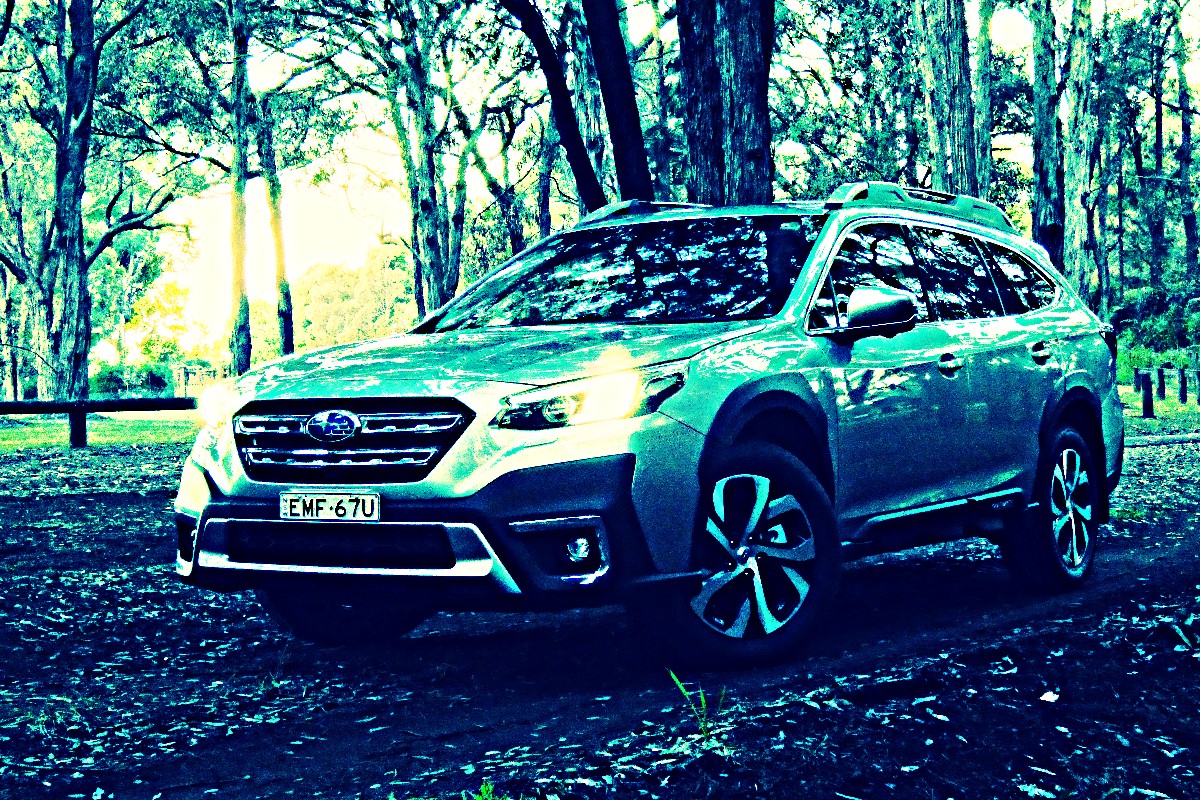 Home
Test drive
Subaru Outback: The icing on the cake 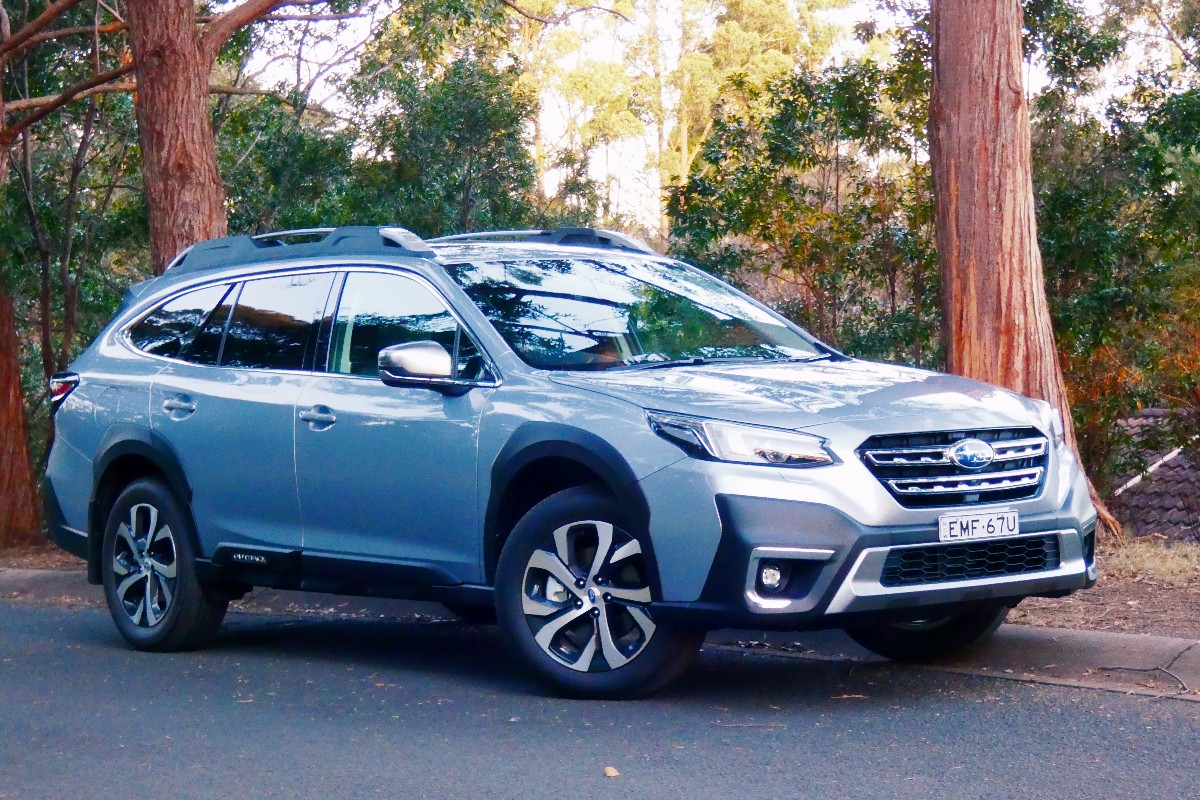 With Liberty’s recent departure, the Outback is now flagship of the Subaru range — but not the most expensive.

That dubious honour goes to the hard-edged, high performance version of the WRX sporty — the STI spec.R.

But I know which one I’d rather have. My wife reckons the latest Outback is a corker too.

About the only thing missing is a third row of seats. In fact, there’s no 7-seater in the entire range which is a bit strange — not since the Tribeca in 2013.

We drove the bare bones Outback a few weeks back. This time we’re enjoying a tilt in the top of the range Touring model. 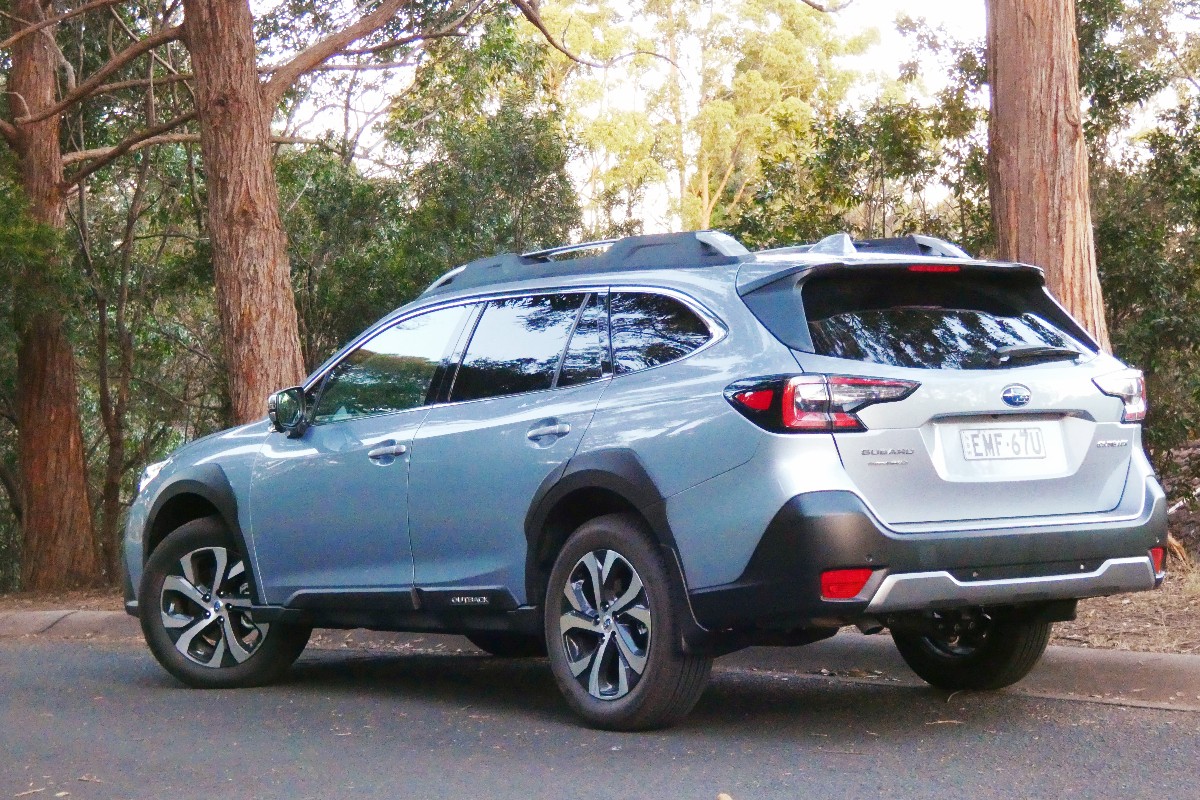 There’s three grades and even the entry Outback is well equipped, priced from $39,990 plus on-roads.

They all get the same engine, transmission and wheels.

Subaru has done the right thing too and standardised safety systems across the lineup, apart from a side view monitor for the Sport and Touring grades.

The Touring model ups the ante with minor cosmetic differences, leather instead of cloth trim, dual zone climate air with rear air vents, rear privacy glass and auto power up for all windows.

The huge 11.6-inch portrait style touchscreen brings satellite navigation and a CD player this time around, along with DAB+ digital radio, Carplay and Android Auto, with 2 x 12v and 2 x USB ports.

Other differences include a sunroof, power tailgate, heated steering wheel, heated seats front and back, power adjustment for both front seats, with dual memory for the driver’s seat, auto dipping side mirror, and the icing on the cake — 9-speaker Harman Kardon sound with subwoofer and amplifier. 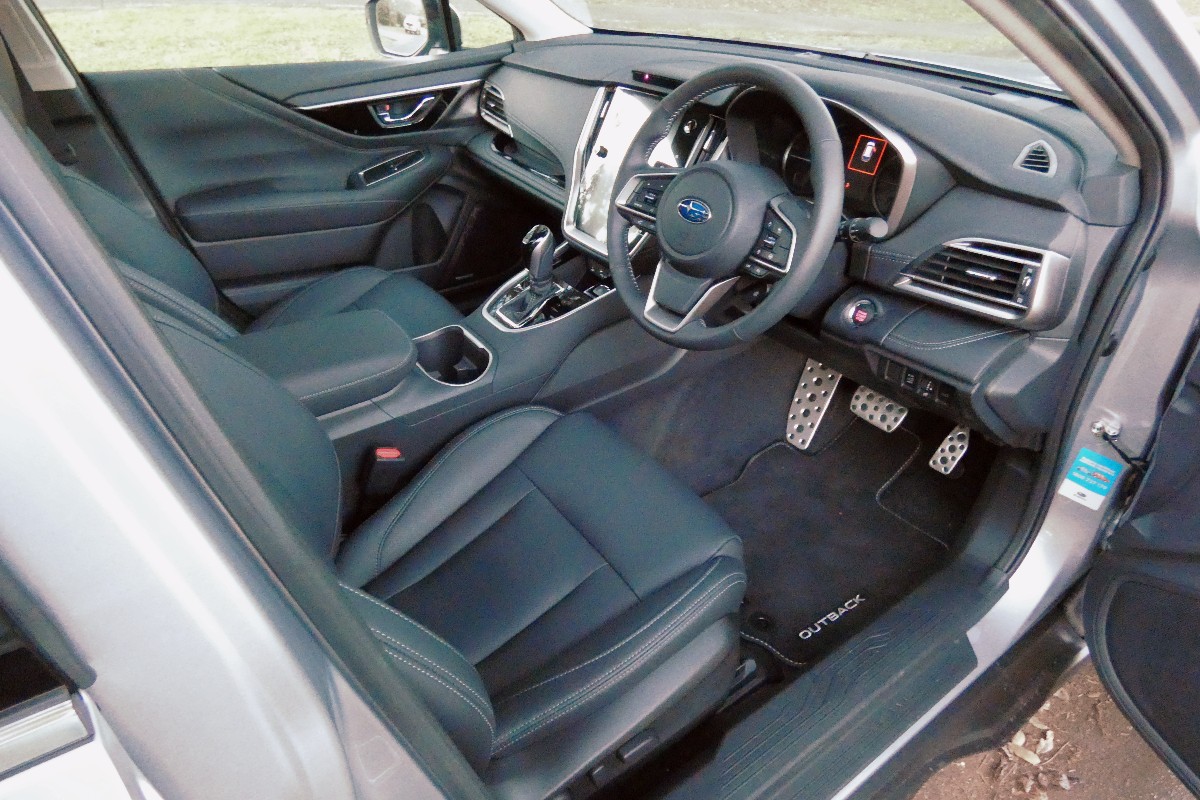 Not much difference here.

The diesel has gone to heaven and there’s no word yet on a hybrid, which has already found its way into XV and Forester.

Subaru claims the flat four is 90 per cent new and like the BRZ, it seems to better than the figures suggest.

The direct injection boxer layout delivers 138kW of power and 245Nm of torque, the latter from 3400-4600rpm — almost 7 per cent more power and 4.2 per cent more torque than before.

It’s paired with a CVT-style continuously variable auto, with a greater spread of ratios for improved take-off and better fuel economy.

The transmission comes with paddle shifts and 8-speed manual mode, as well as sport and intelligent drive modes.

Drive is to all four wheels, but only part of the time.

Although described as Symmetrical all-wheel drive, it is in fact an active split system with torque distributed between front and rear wheels as required.

In short, it remains front-wheel drive most of the time.

Auto Stop-Start now incorporates “Change of Mind Control” which as its name suggests, restarts the engine within 0.2 of a second — if you change your mind.

Suspension is Mac struts at front and double wishbones at the back and it rides on 18-inch wheels with 225/60 series rubber, with a full-size spare.

Shame about the diesel which offered 350Nm of torque, but it is what it is and for the most part, performance is fine.

It’s only when you become demanding and punch the accelerator, that you’re reminded its a four — and a naturally aspirated one at that.

Subaru has access to turbocharged units and very good ones, which have the potential to replace low end torque.

So, why it didn’t opt for one of these is mystifying.

In its quest for torque, the CVT transmission makes the car sound tinny and raucous, with the zoominess that makes them so objectionable.

At other times, in fact most of the time, the drive experience is just right, with a cabin that is quiet and ride that is super smooth.

Without a third row of seats, the cabin is spacious and comfortable, with leather and heating front and back, not to mention a heated steering wheel — but alas no cooling for the front seats.

The big touchscreen impressive, and this model does come with built-in satellite navigation.

You can also hook up your phone to navigate, but as seems to be the norm, our phone wouldn’t connect to Android Auto at first and when it did, of course the  system refused to cooperate until the vehicle came to a stop.

The big portrait style screen can be configured to show one large portrait-shaped huge map, or tiers of information — map at the top, audio and air controls below.

The actual drivers instrument cluster is old school with two analogue dials separated by a small info panel where speed can be displayed digitally and the speed limit is shown.

Don’t know about you, but I reckon you can’t spend too much on car audio — that’s because the car is the one place you spend a lot of time listening to music. 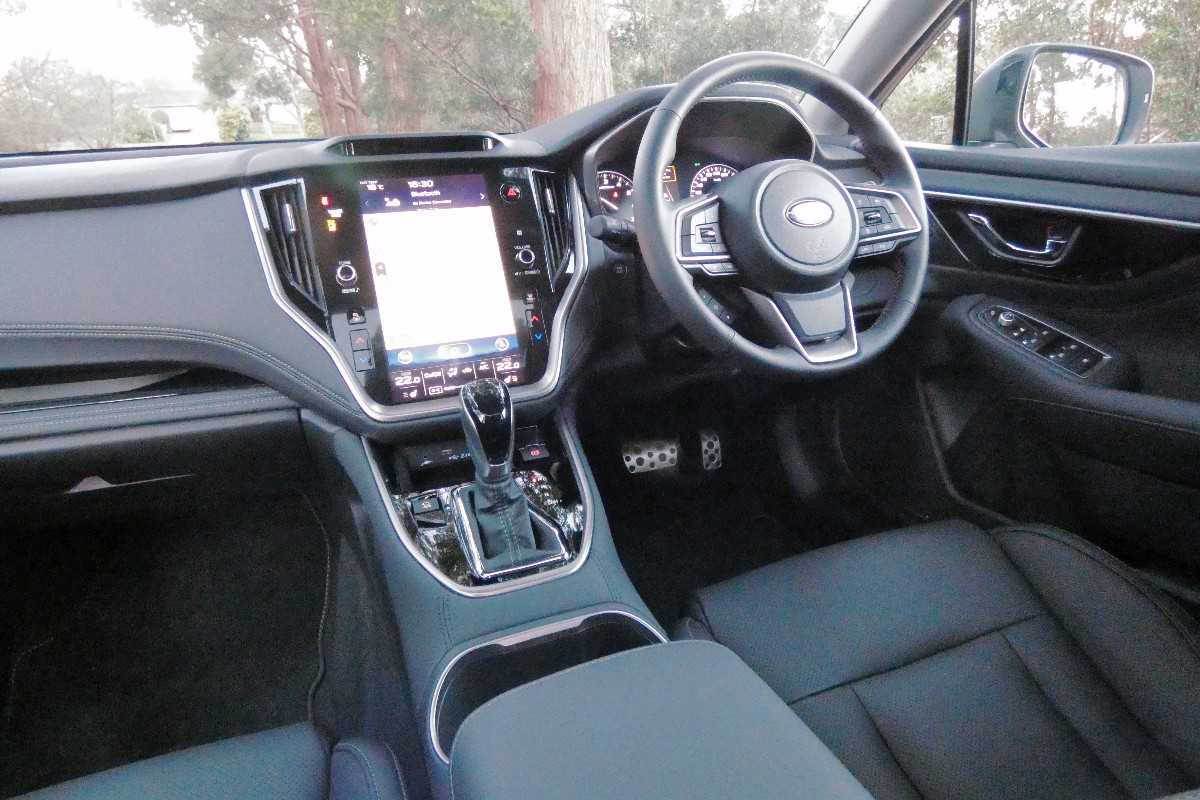 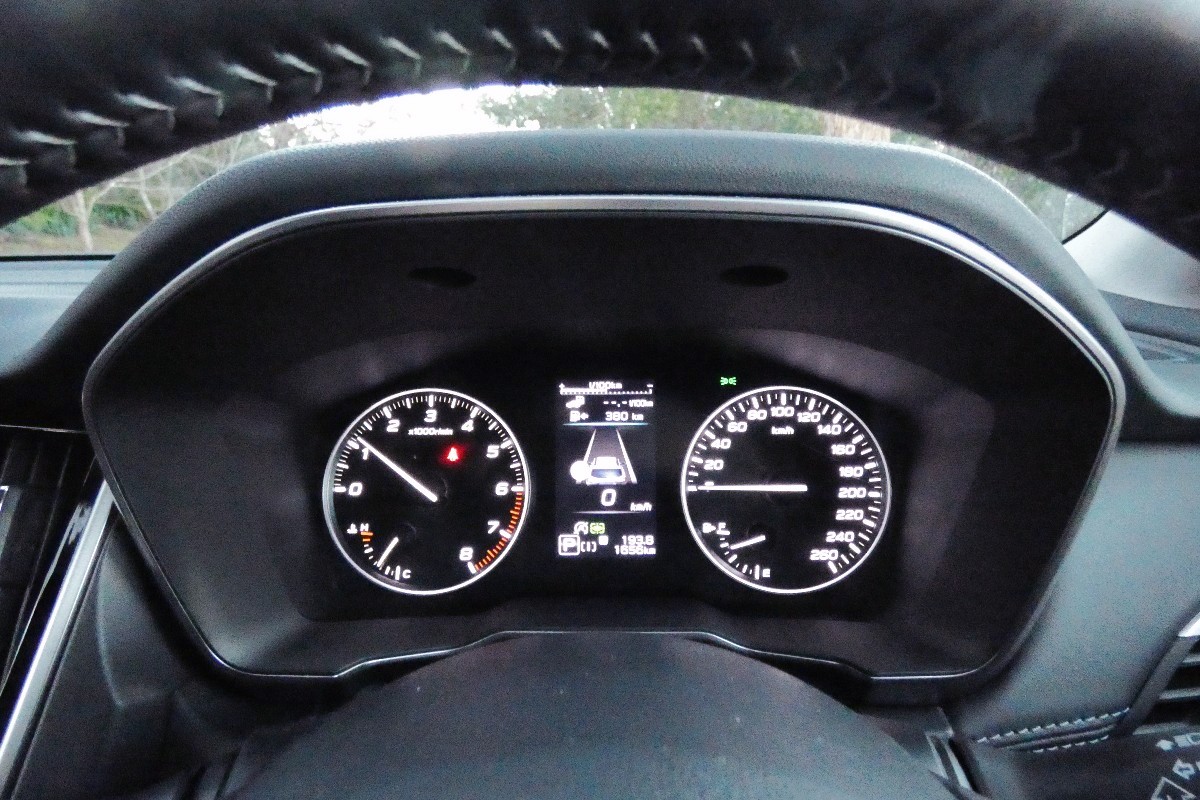 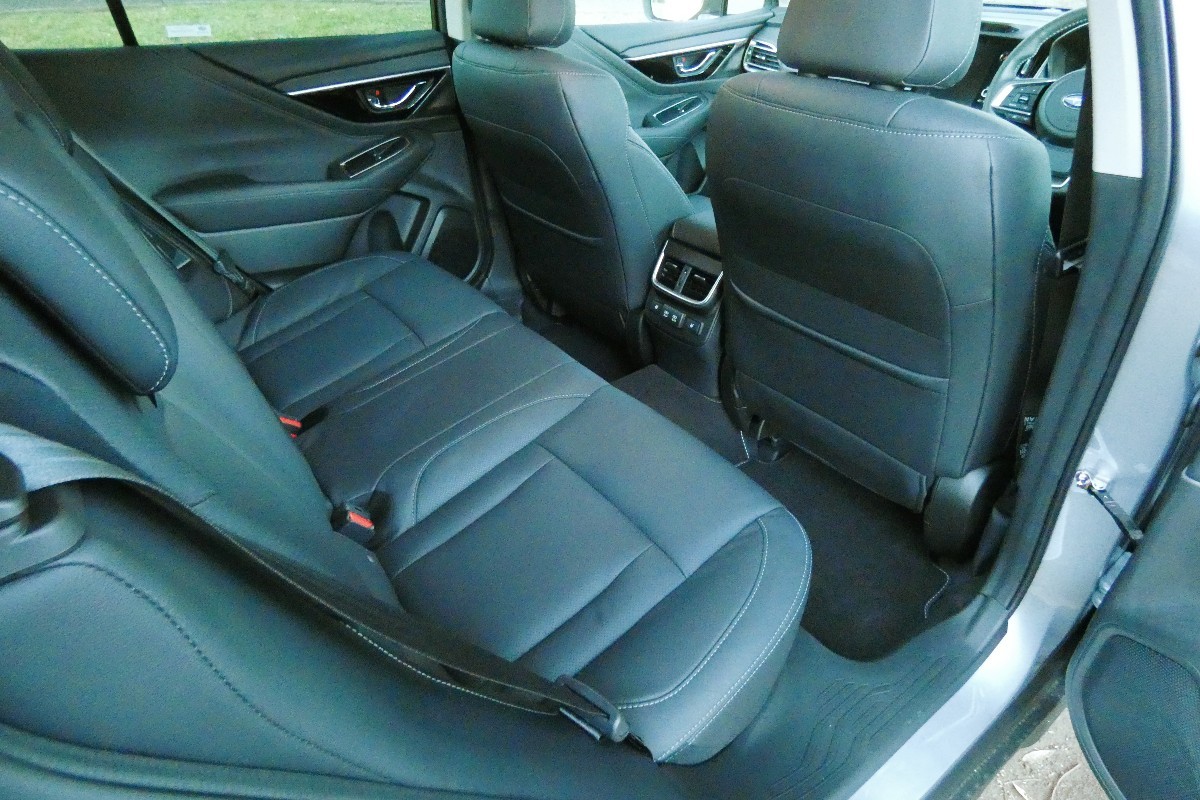 But at $52,928 driveaway, with this level of safety, built-in sat nav and premium Harman Kardon sound, there’s no more to spend — the Outback Touring model is worth every cent. 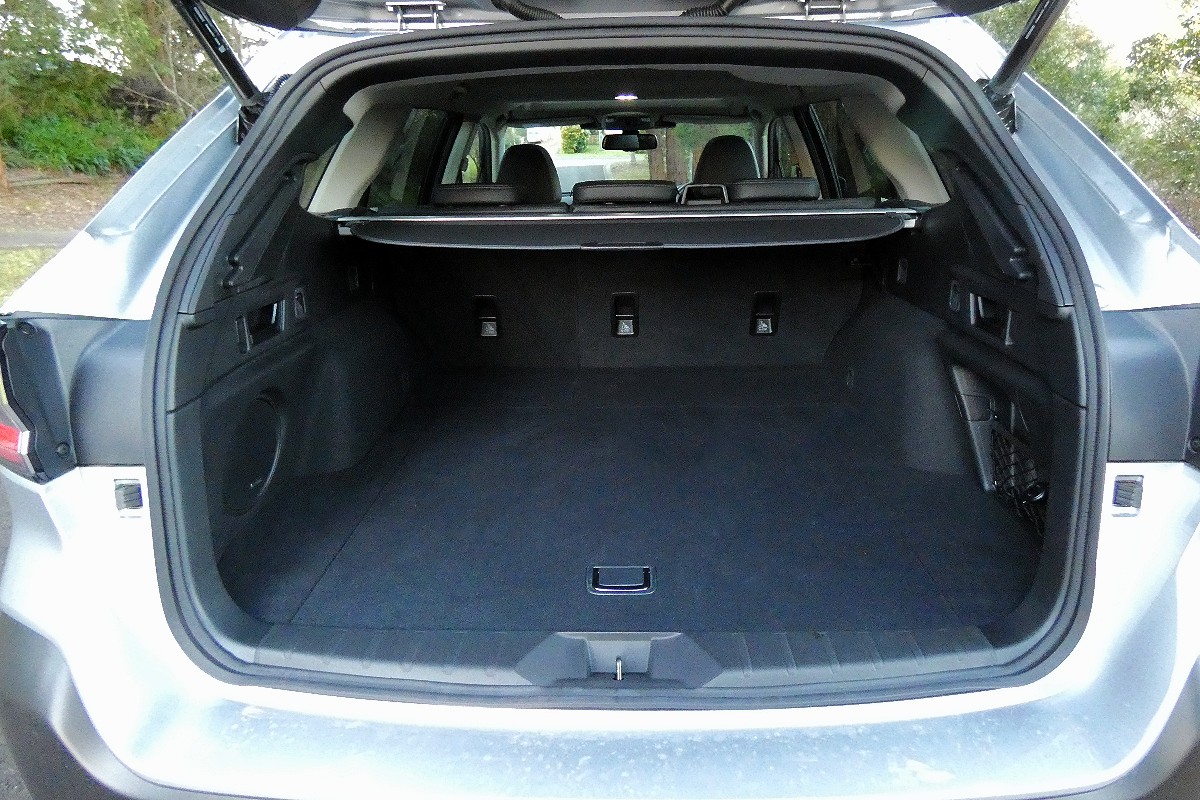 CHECKOUT: Subaru Outback: Don’t fix it if it ain’t broke