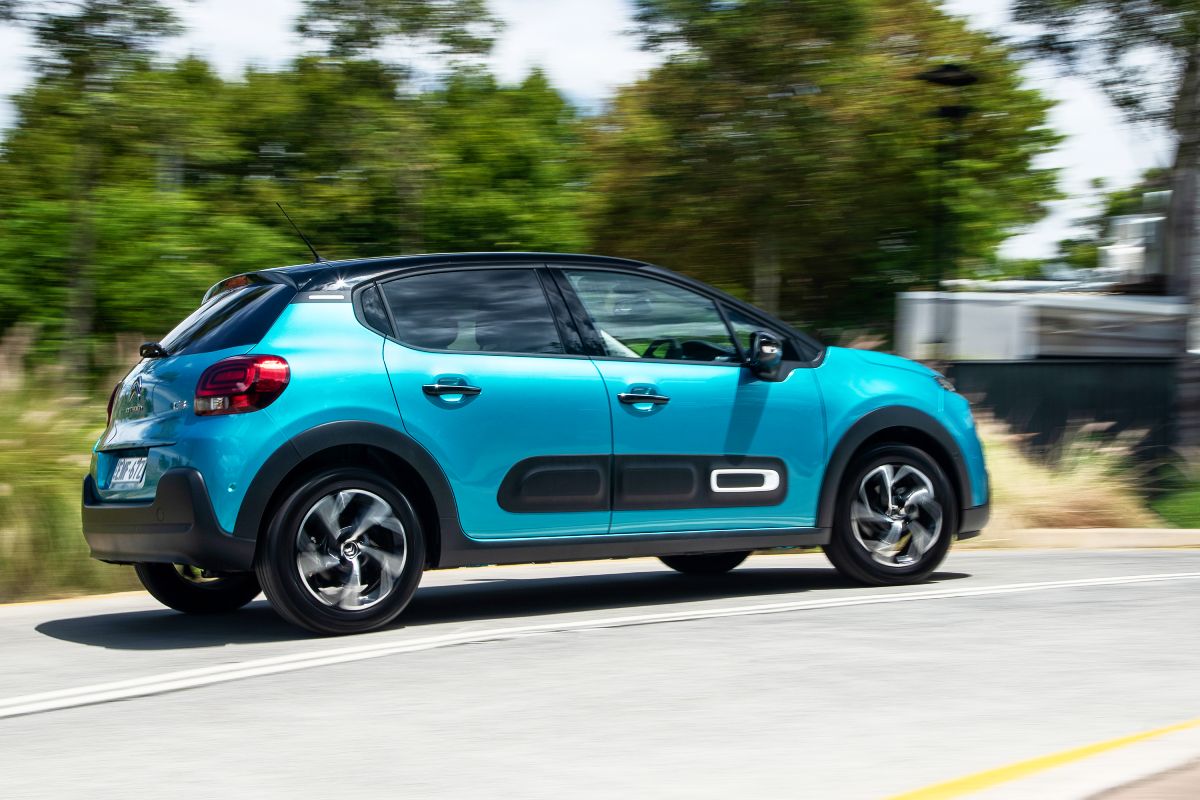 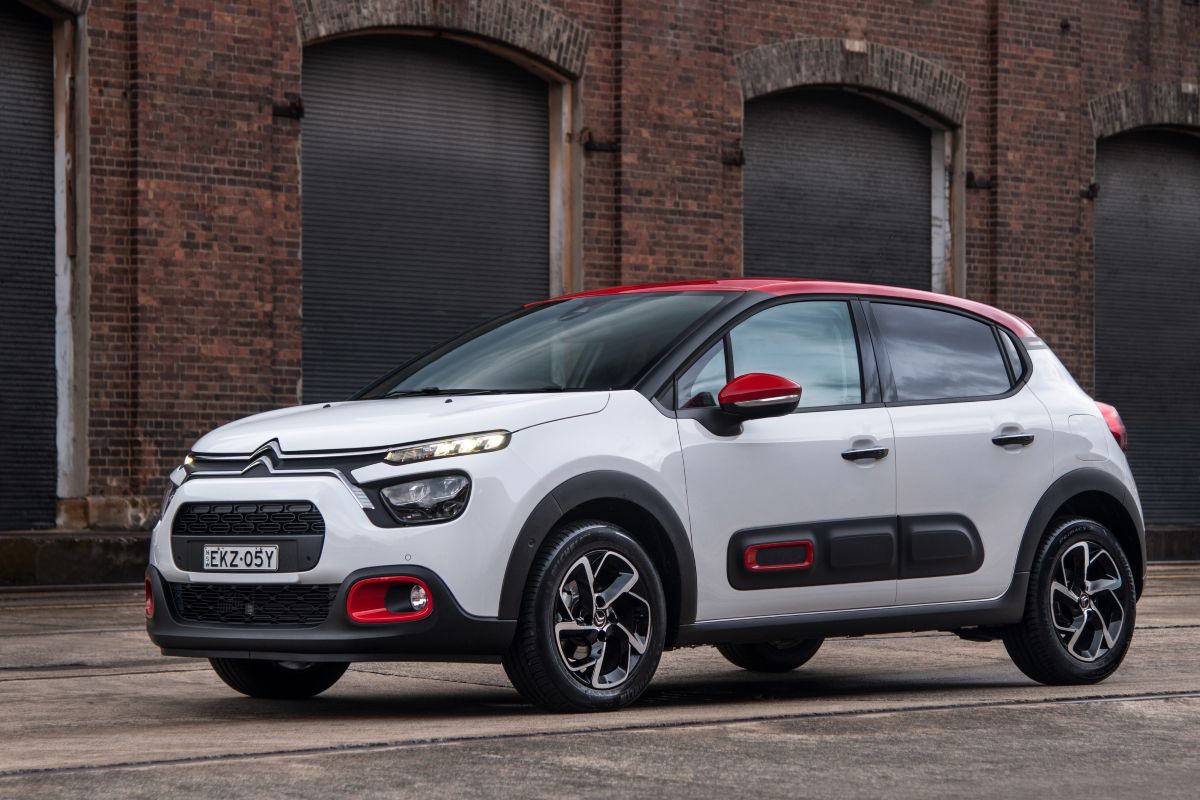 Before a trade war breaks out between France and Australia, we thought it timely to test what is arguably the cutest little car on the market — the Citroen C3.

Citroen has been in the automotive doldrums for several years, but now under a new importer is looking to get back into the game with some serious marketing clout.

While city cars like the C3 are relatively scarce in Australia, they are everywhere in the world’s largest congested cities — especially those in Europe. 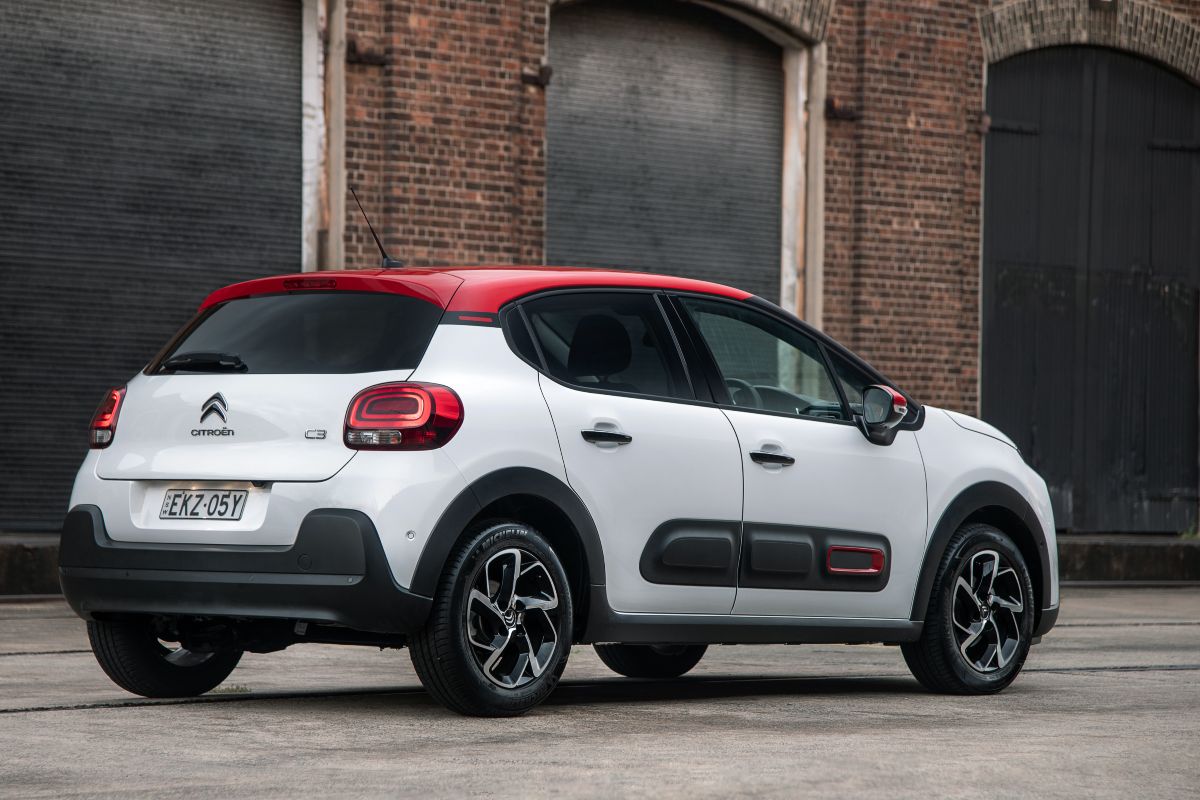 Wherever we went during our week-long test the C3 drew admiring looks.

From every angle it is a seriously attractive little car, especially its chunky front where the signature Citroen twin chevron badge sits in the centre of twin chrome bars that run across the width of the car and merge into the two-tier front LED headlights and LED daytime running lights.

Between them sits a new take on Citroen’s side protection ‘Airbumps’ which add character as well as practicality — but, to our eyes at least, detract from the car’s appearance.

Others no doubt will love them – Vive la difference!

One of the most appealing features of the C3 is the large range of bright and bubbly colour combinations — both exterior and interior.

On the outside there are different colours available for the body, roof with various trim items including the Airbump surrounds, door mirror shells and rear window trim.

Display is via a 7.0-inch high-resolution touchscreen in the centre of the dashboard.

It’s easy to reach, with some of the more commonly-used features such air conditioning accessed through the screen rather than the solid knobs which require less distraction.

There’s only a single USB port, located on the front console. 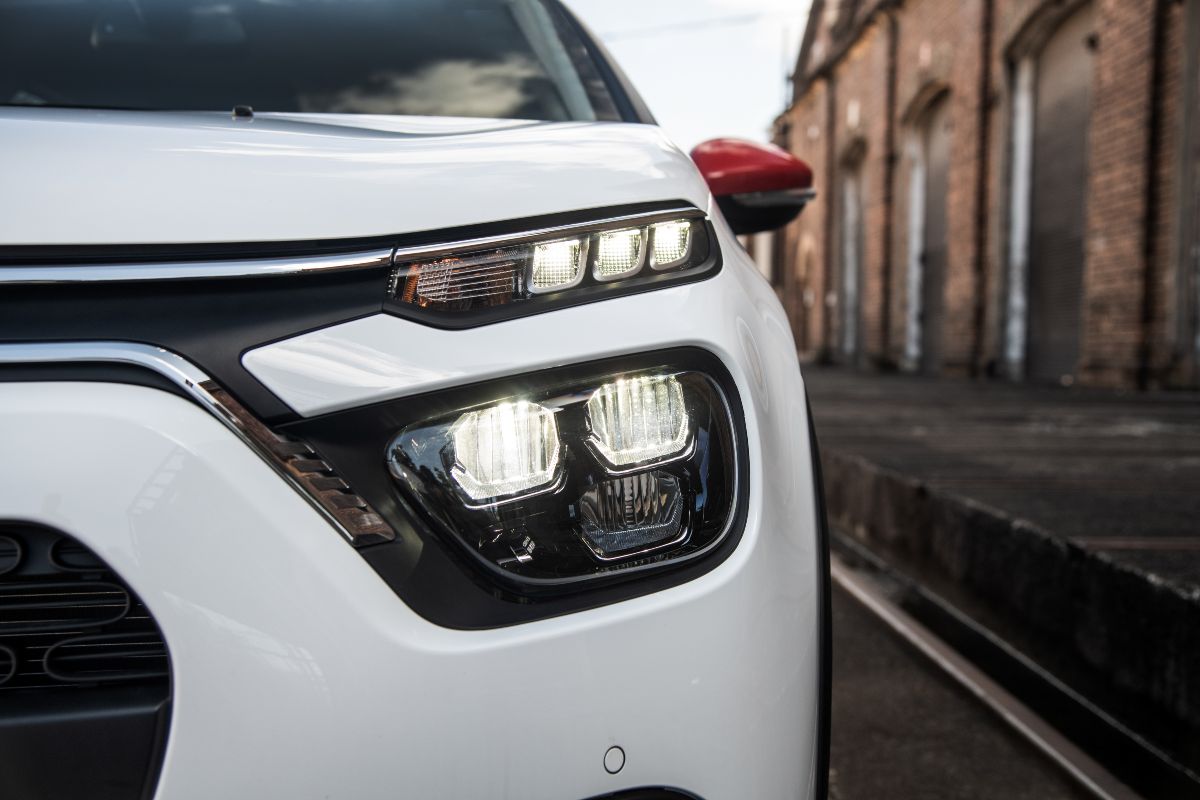 Despite its compact dimensions, getting into and out of the C3 isn’t too difficult.

Once settled the stylish imitation wool seats prove to be soft and comfortable with good side support.

Unfortunately, there is no power adjustment.

With its small dimensions the C3 is easy to park with front and rear parking sensors and reversing camera making it almost foolproof.

Now for the really good news – the little Citroen not only has class-leading style — it’s also a delight to drive.

It’s quick off the mark and zippy and agile around town.

Small French cars are known for the quality of their ride and handling, and the C3 is no exception, with bumps and speed humps absorbed better than expected from such a compact body.

C3 comes with start/stop technology but it’s loud and quite annoying.

It can be turned off temporarily, but whenever the ignition is turned off and on again — it defaults to the on position.

Interior storage is disappointing with two small cupholders tucked away at the base of the front console and awkward to access.

The centre space is dominated by an old-style ratchet parking brake, so no spare spots there.

A small box at the rear of the centre console serves as a third cup holder for rear occupants.

On the positive side there are good-sized door pockets.

There’s 300-litre of boot space which is pretty good for this class and the 60/40 split rear seatbacks fold flat to extend this space to 922 litres.

The spare wheel is a space saver and is located below the boot floor. 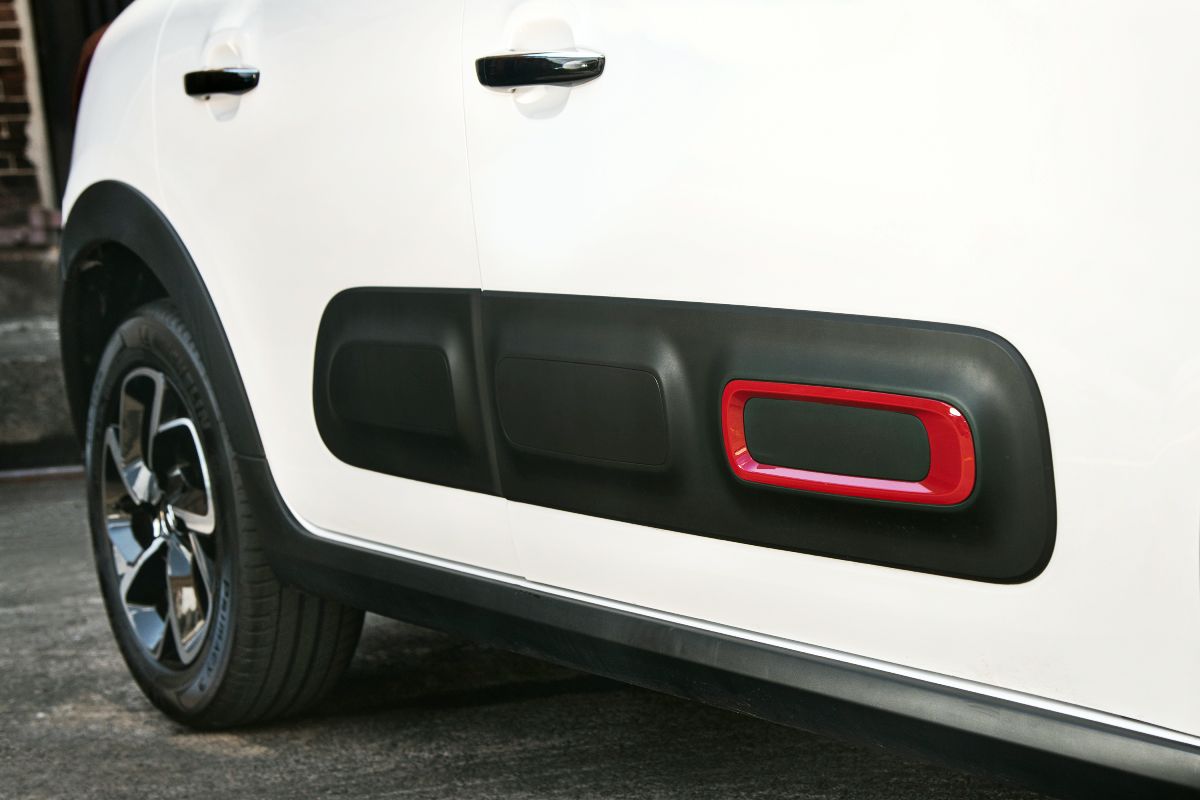 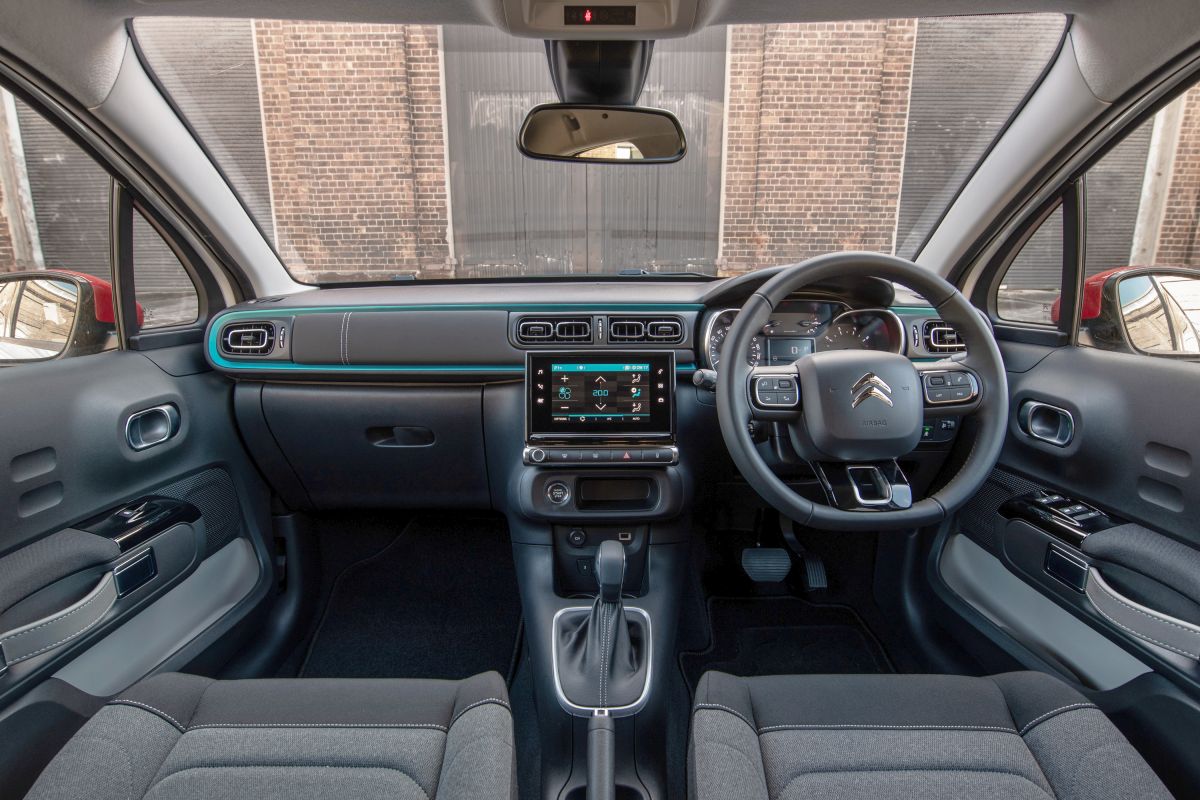 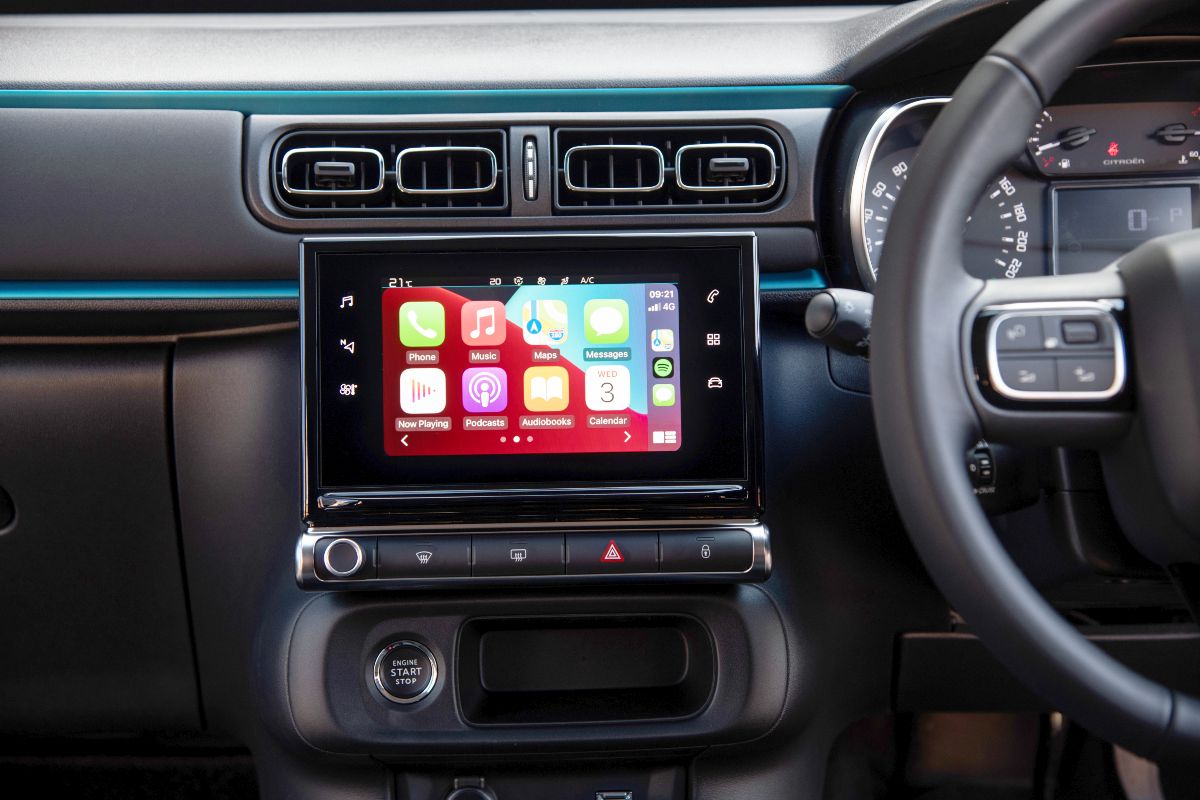 It’s disappointing because its likely to deter young buyers who would just love to let their imaginations run free with so many brilliant colour options.

But for any well-paid young executive types looking to show off around town and enjoy some driving satisfaction, this could just be the car for you.

Like all Citroens the C3 comes with a five-year, unlimited kilometre warranty and five-year roadside assistance. 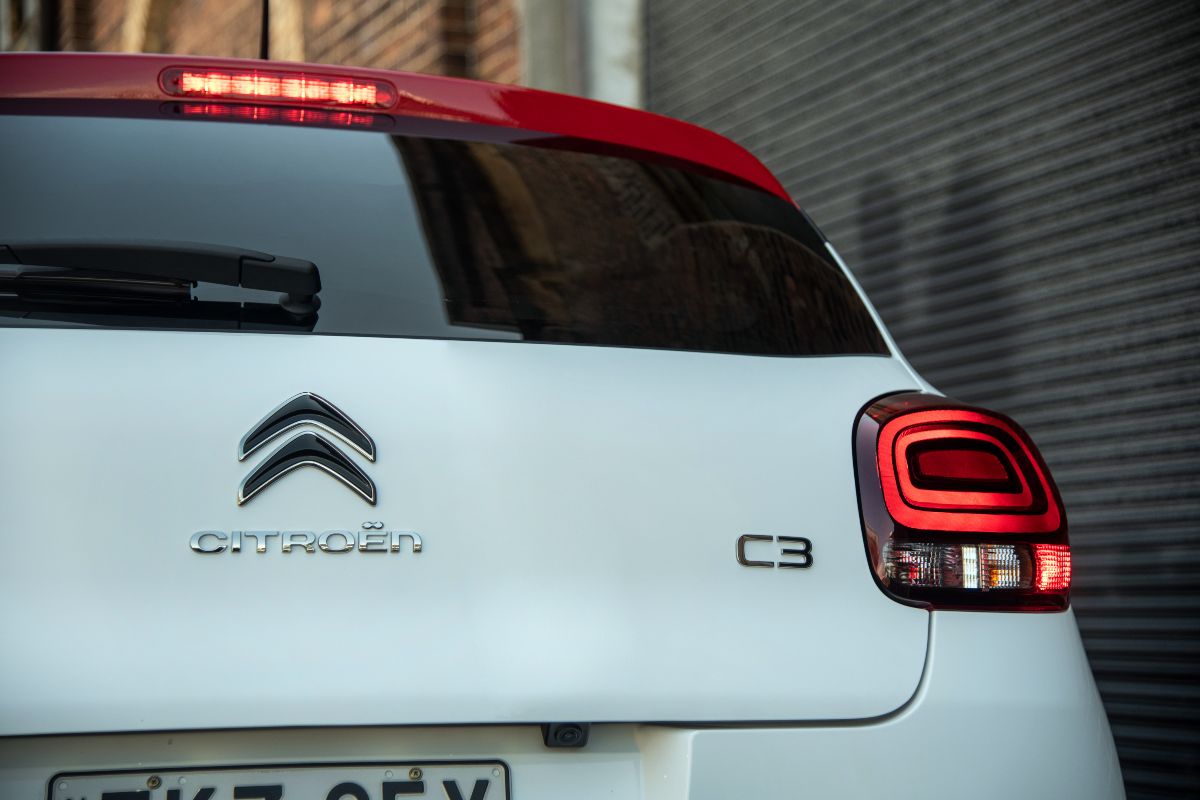 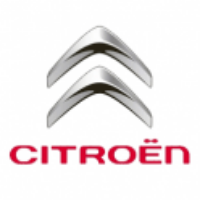 Check out deals on the Citroen C3