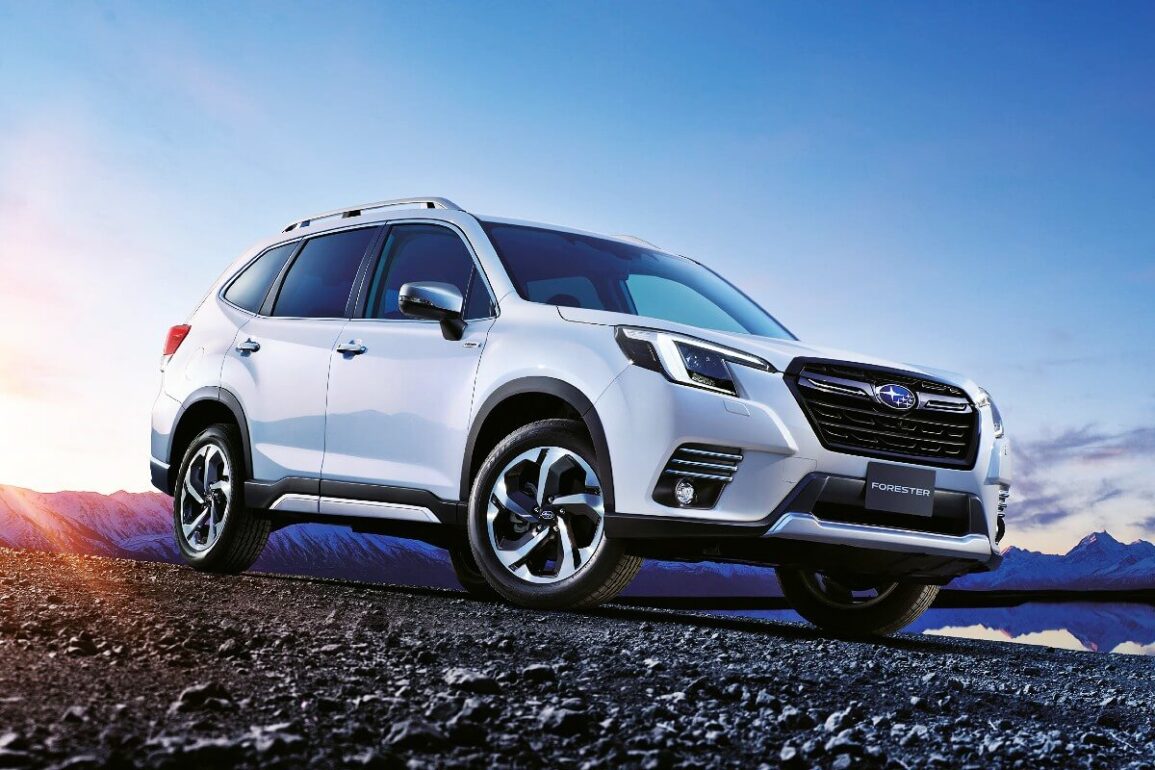 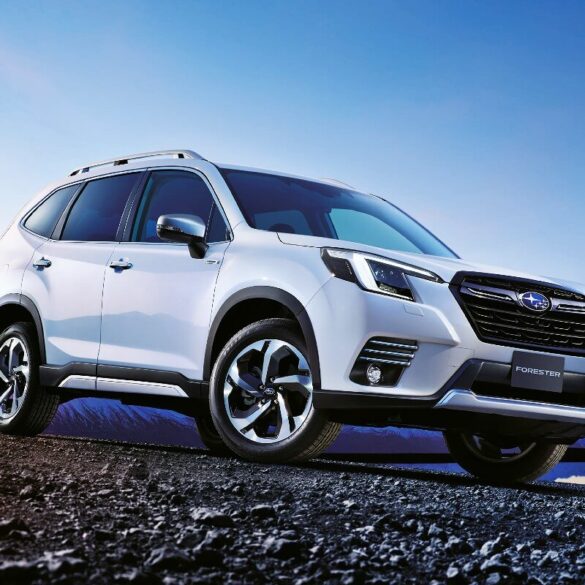 Subaru Forester: Older and some may say wiser 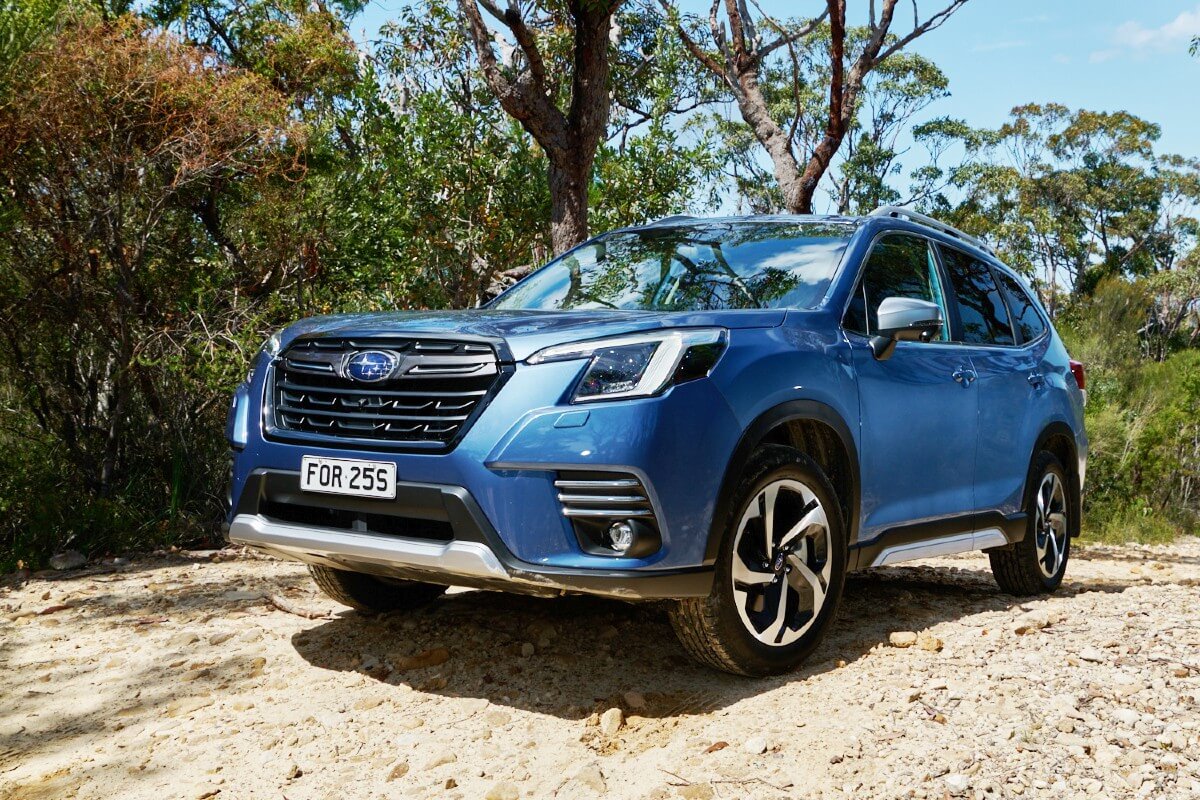 Subaru Forester was one of the trailblazers of the SUV market when launched here in 1997.

Starting as a relatively conservative station wagon, it has evolved over the years into a stylish, mid-sized vehicle.

Through the generations Forester has been a consistently high seller, despite the growing number of rivals in what is now Australia’s most competitive market segment. 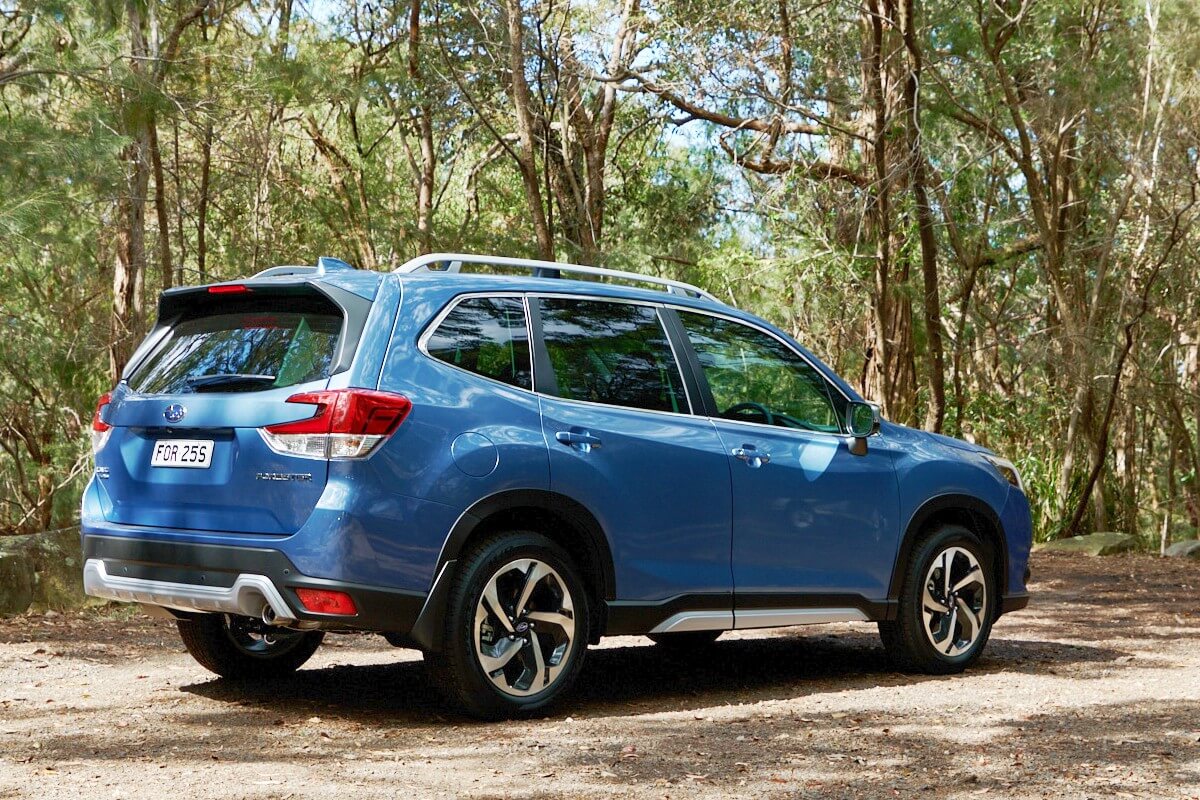 The latest MY2022 Forester arrived here in August, 2021 with a moderate facelift, some chassis tweaks and a tech upgrade.

Seven variants are available including two with mild hybrid power.

Styling of Forester over the years has been relatively conservative and that hasn’t changed with the current fifth generation which arrived in 2018.

The update added a larger version of the classic Subaru hexagonal front grille, bolder bumpers, reworked headlights and fog lights and more muscular guards — but the vehicle remains clearly identifiable as a Forester.

Three new colours take the palette up to nine choices and all come standard, rather than as costed options.

All models have an 8.0-inch touchscreen, Bluetooth with phone and audio streaming, Apple CarPlay and Android Auto connectivity (both wired), four USB sockets (two in front and two in the rear), DAB+ digital radio and voice recognition.

A smaller screen located at the top of the dashboard shows a variety of drive settings that can be scrolled via steering wheel controls.

It also acts as the display for the reversing and side-view cameras.

There’s a six-speaker sound system in all models apart from the two S models which get an eight-speaker Harman Kardon unit.

Premium, Sport and S all get satellite navigation.

Forester gets a five-star ANCAP rating and has had that maximum score for the past 18 years, with safety features continually updated.

The Driver Monitoring System – Driver Focus is standard on all models above the entry-level 2.5i.

It uses an infrared LED and camera to monitor the driver for signs of inattention or drowsiness as well as other convenience features.

Variants above the 2.5i also get Reverse Automatic Braking, Adaptive Driving Beam together with front and side cameras.

There are Isofix child seat restraint points for the outer rear seats. 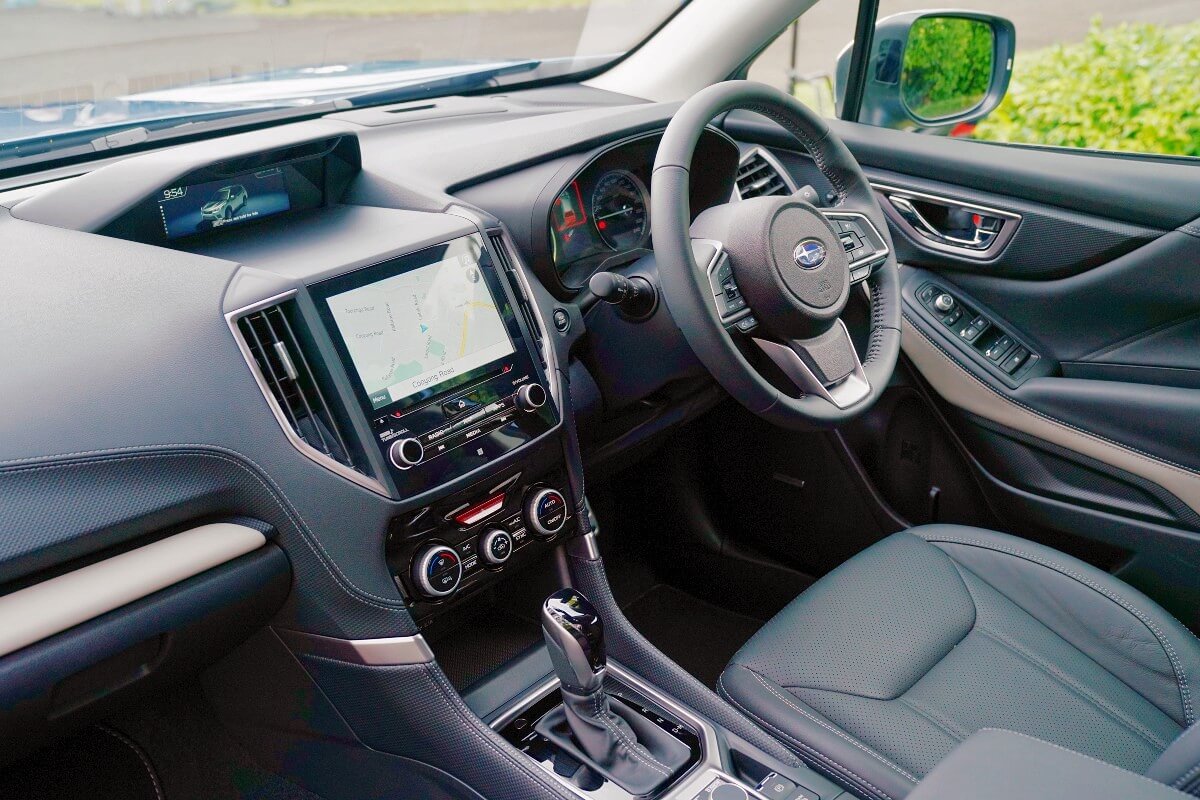 The Hybrid on the other hand uses a combination of four-cylinder 2.0-litre engine, producing 110kW of power at 6000 rpm and 196Nm of torque at 4000 rpm, linked with a Lithium-Ion battery that produces 12.3kW of power and 66Nm of torque.

Subaru’s Lineartronic Continuously Variable Transmission is used for both powertrains.

This translates to excellent space in all directions, with plenty of rear leg, foot and headroom thanks to a longer wheelbase.

At the rear there’s 498 litres of cargo capacity in the boot with the rear seatbacks in place and some extra pockets for hidden items in the floor  alongside a full-size spare wheel — another bonus for potential off-road driving.

The rear seatbacks can be folded by electric release levers at the sides of the boot to expand space to 1740 litres.

There are also hooks for shopping bags on the sides of the boot and one the inside of the tailgate.

The older and less supple we get the more importance we place on the ability to enter and exit a vehicle with a minimum of bending and head scraping.

In this regard we found Forester to be just about the best in its class. Good interior room is a real advantage of Forester’s squared-off styling.

The front seats have plenty of legroom, width and headroom. The rear seat can take three people without too much of a hassle, though it’s better if they are children.

Driving visibility around town is excellent in all directions including the large rear window, a feature that is frequently compromised in competitors.

The housing for the Eyesight equipment at the top of the windscreen can be a bit distracting at first, but certainly doesn’t affect forward visibility.

Ride comfort is nicely balanced between comfort and grip. Noise and vibration levels are kept to the sort of levels normally found only in large sedans.

Handling is pretty good thanks to the all-wheel-drive system but keep in mind the Forester is a crossover SUV, not a low-slung sports car — so don’t push it too hard through corners.

While most of its rivals come with the option of two-wheel drive, every Forester has always been exclusively all-wheel drive.

This, together with ground clearance of 220mm, 18.7-degree approach angle and departure angle of 24.6 degrees, means it can tackle tougher
than average conditions in the bush and on the beach. 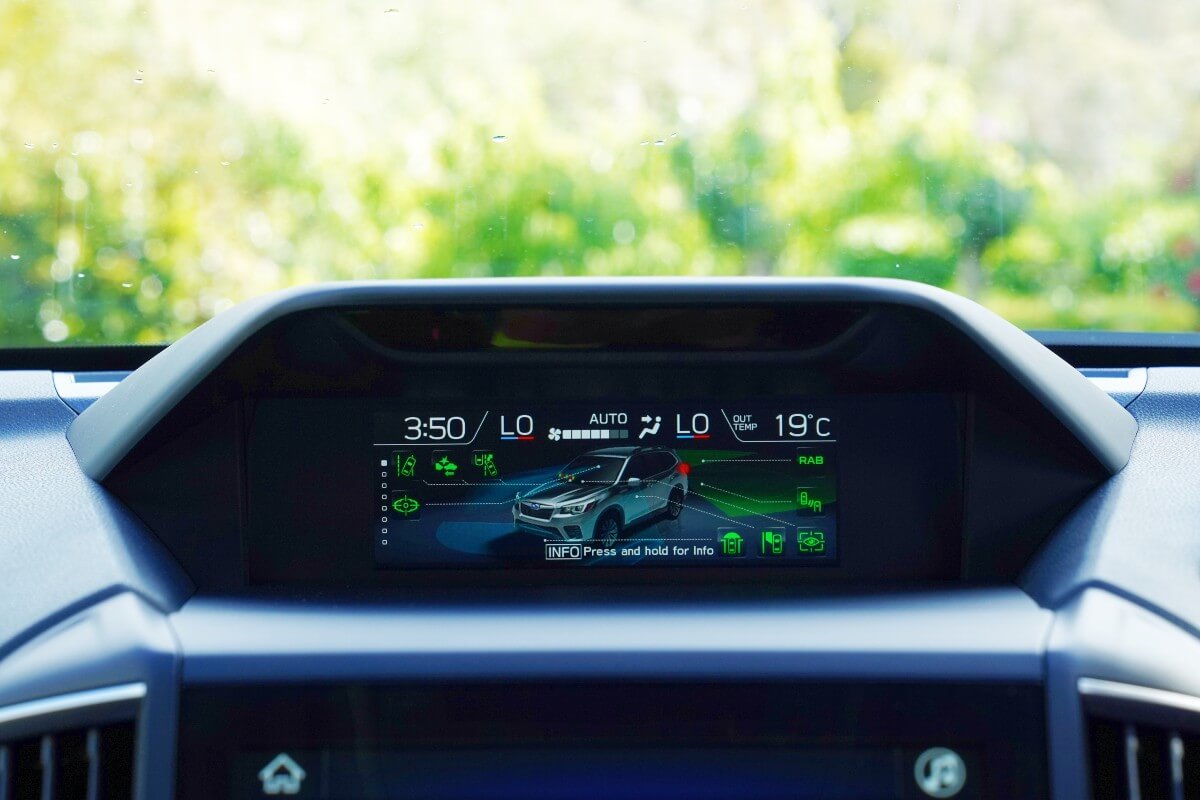 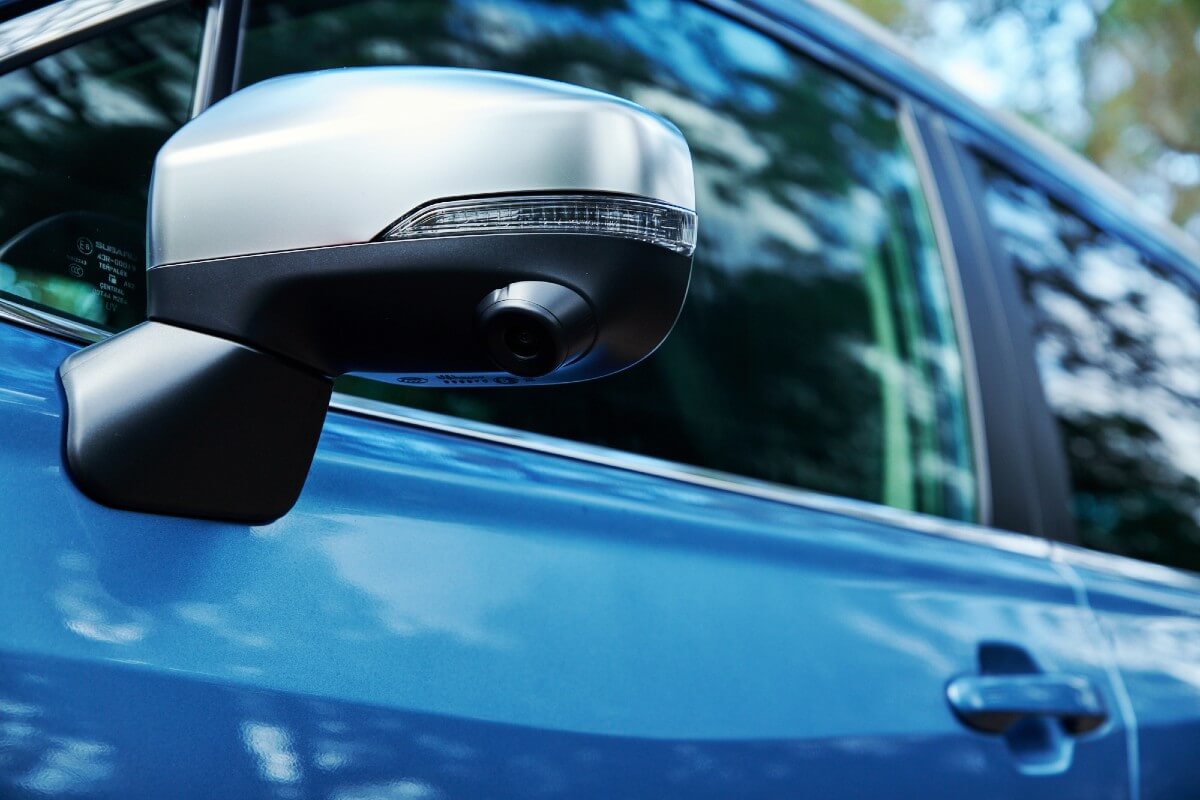 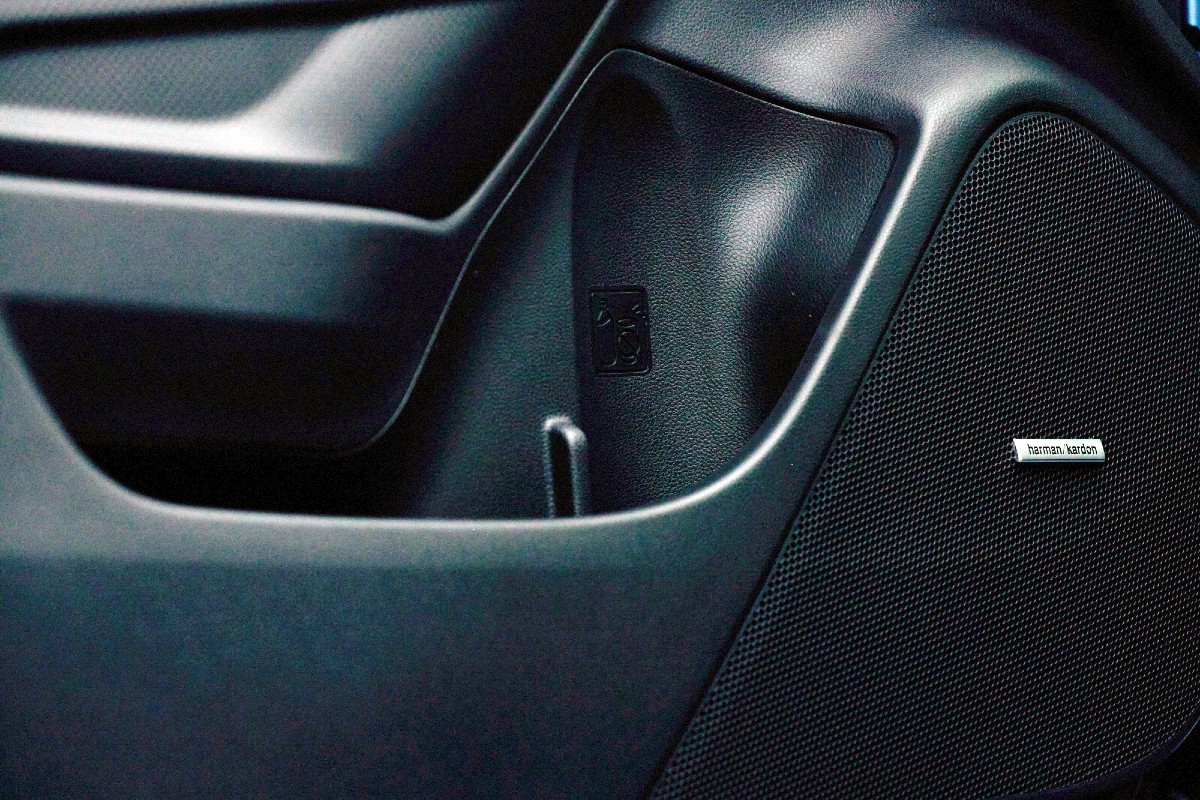 The Subaru brand commands a long history of customer satisfaction and loyalty which partly explains Forester’s prime position in the mid-sized SUV class over nearly 25 years.

Despite an ageing engine the latest design refresh and technology enhancements, together with competitive pricing, it seems likely that its success will continue. 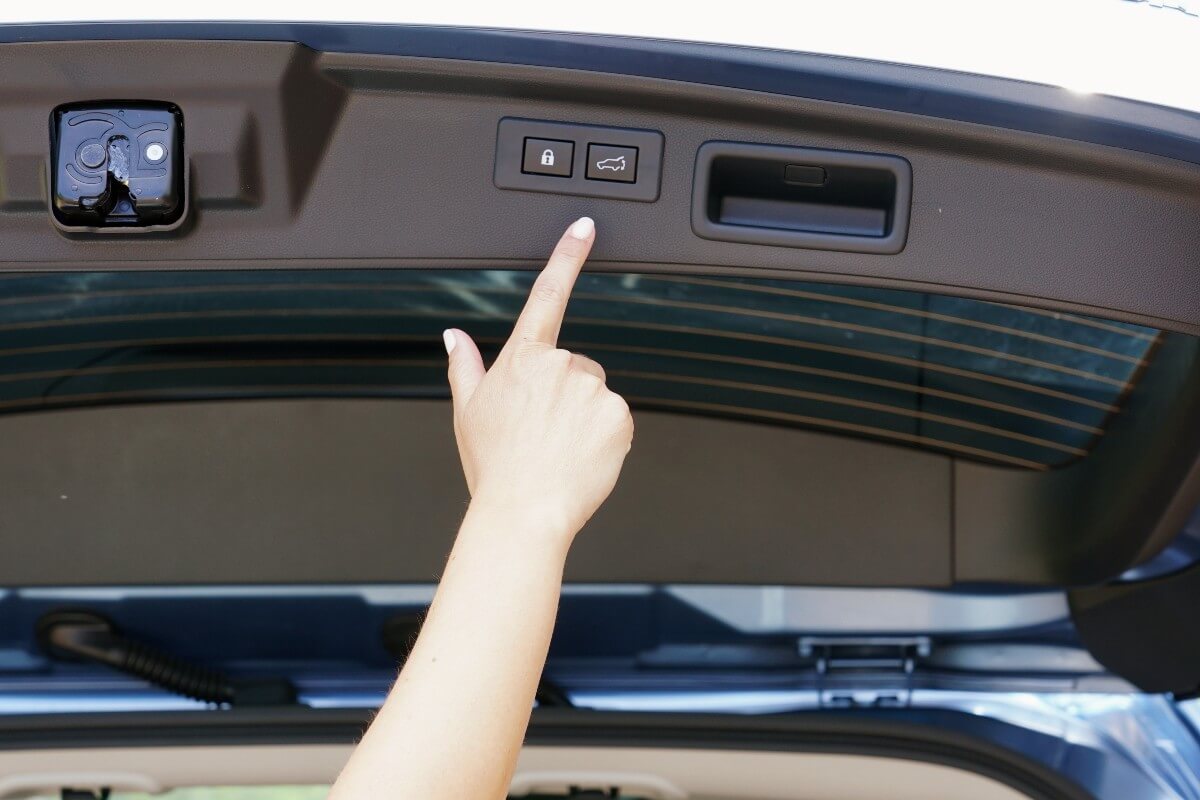 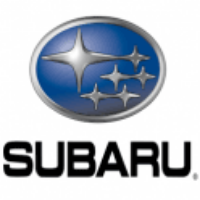 Check out deals on the Subaru Forester