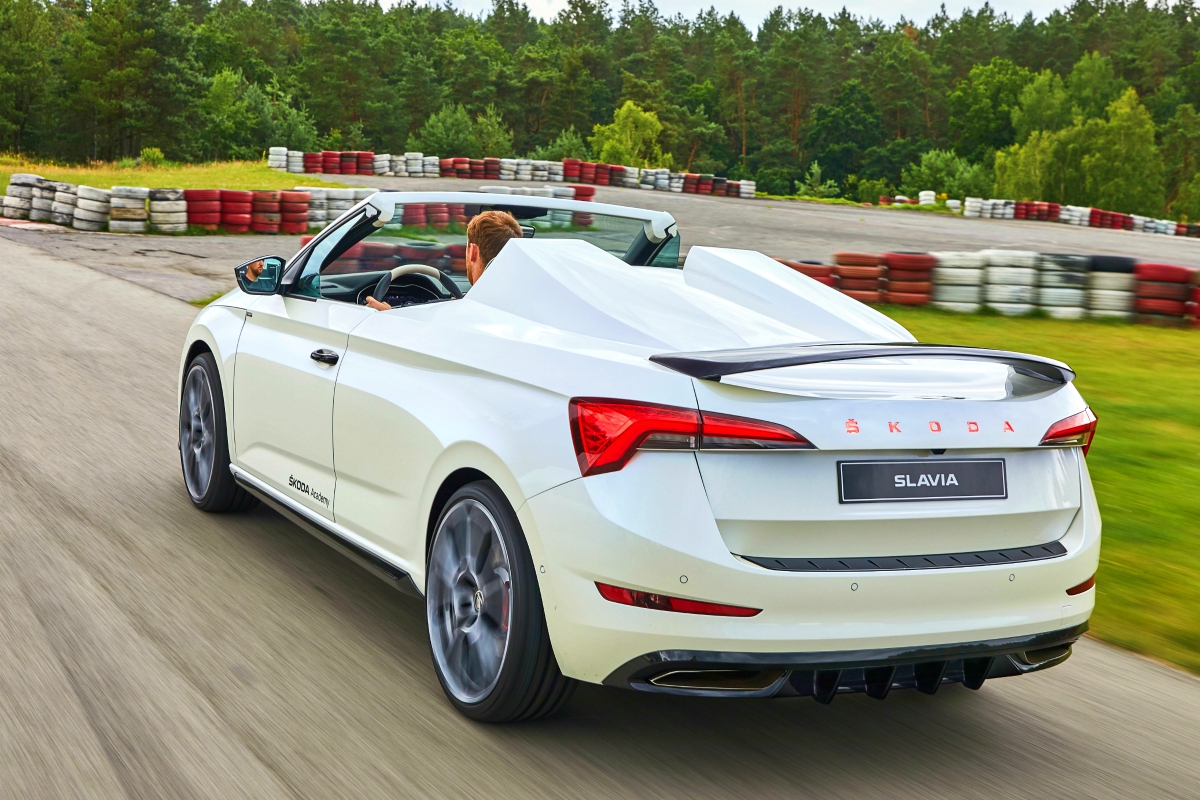 Student Slavia nod to the past

Home
Wheel life
Student Slavia nod to the past

It’s an homage to the company’s anniversary, commemorating the name of the first bicycles produced by Václav Laurin and Václav Klement who founded the business in 1895.

From first draft to building this one-off car, the students completed every step themselves, with support from their instructors as well as experts in the Design, Production and Technical Development departments.

Slavia is the seventh Skoda Student Car since 2014 and once again showcases the high standard of training available at the vocational school in Mladá Boleslav.

The open-topped spider is a 1.5-litre turbocharged petrol engine, with an output of 110kW, combined with a 7-speed twin clutch auto.

Other carry-overs from the production model include the front and rear axle, steering, the complete electronics including cabling as well as the assistance systems.

In coming up with the idea for the Slavia spider, the trainees took inspiration from the Skoda 1100 OHC.

Presented in 1957, this sports prototype was an open-top two-seater race car designed by Skoda for use in endurance rallies.

With its low and aerodynamic body made of glass fibre‑reinforced plastic, 1100 OHC weighed in at just 550kg.

Powered by a 1.1-litre four-cylinder engine with an output of 68kW the car reached a top speed of 190 to 200 km/h, depending on the axle ratio.

This race car is one of the milestones in Skoda’s 119-year motorsport history.

One of the two prototypes built is now on display at the Skoda Museum in Mladá Boleslav.

To transform the Scala hatch into the open-top Slavia, following the example of the Skoda 1100 OHC, the trainees performed numerous modifications to the car’s body, redesigning many areas and adapting existing solutions.

They reinforced the underbody, removed the roof and welded the rear doors in place, thereby turning a compact hatchback model with plenty of space for five people into an uncompromising two-door two-seater.

To redirect the airflow over the vehicle, they developed a special cover with hallmark twin speedster humps behind the seats, which blends into an equally new boot lid featuring an integrated rear spoiler.

The students paid special attention to clean transitions on the A-pillars and doors. 20-inch alloy wheels from the Skoda Kodiaq vRS make for an especially sporty appearance.

The brake system and wheel hubs come from the Octavia vRS. The redesigned underfloor area houses a modified exhaust system.

The particular lustre of this concept car comes courtesy of the White Crystal Blue exterior colour contrasting with the black detailing on the front and rear aprons and side sills.

Programable LEDs, positioned below the side sills carried over from the Scala Monte Carlo and behind the alloy wheels, provide user-configurable dynamic exterior ambient lighting in blue, red and white – the three colours of the Czech flag.

A “DRIVE 125 YEARS” badge on the front doors recalls the company’s founding in its anniversary year.

Inside highlights include four-point seat belts and special SPARCO racing seats, whose cushions and backrests have a black perforated leather finish.

The audio system has a combined output of 2570 watts and the boot accommodates two Skoda electric scooters.

Founded in 1927, the Skoda vocational school in Mladá Boleslav is known for its excellent standard of training.

Since then, more than 23,000 students have graduated from the school.