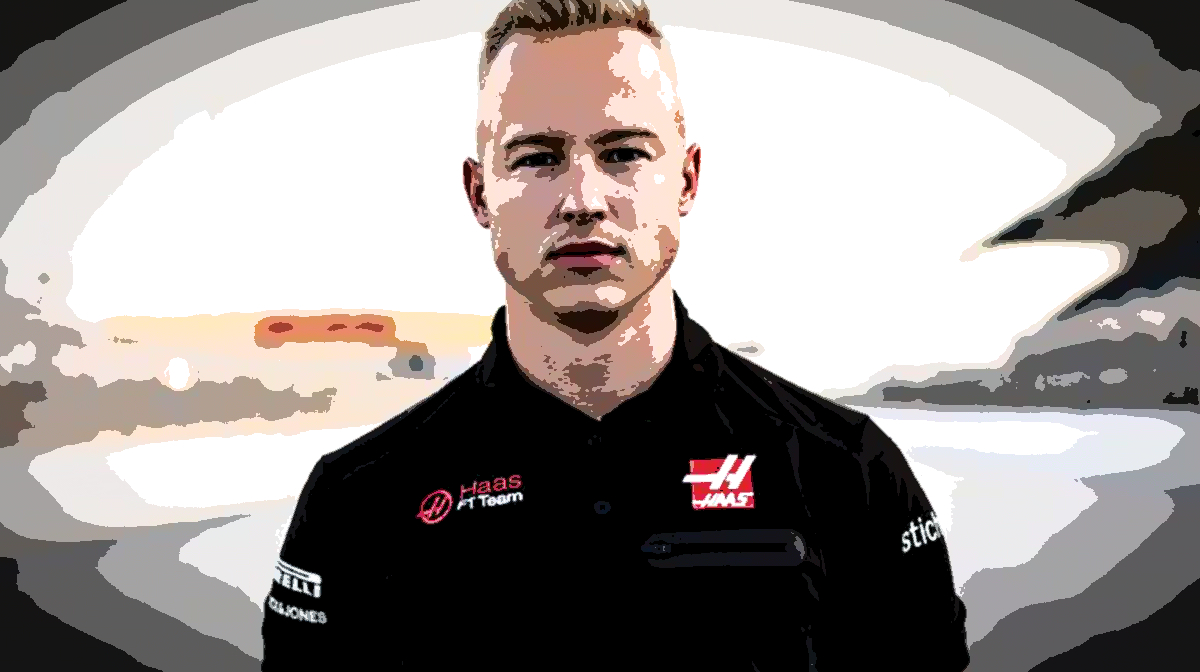 FORMULA 1 is headed for a busy season, COVID permitting, with teams remaining much the same as last year, but with more than a few driver changes — the most bizarre at Haas.

The US outfit has replaced veterans Romain Grosjean and Kevin Magnussen with a young line-up comprising Mick Schumacher and the charming Russian, Nikita Mazepin.

Mick, son of the famed and now disabled Michael, won the Formula 2 crown last year — but young Nikita is something else.

The son of wealthy Russian industrialist Dmitry Mazepin, CEO of Uralchem, who is said to be worth some US $1.5 billion, Nikita appears to be one of the latest ‘bought’ drives.

He does have a lot of racing experience, first in karts, then Formula 2, and he’s been a test driver for Racing Point and Mercedes, but in Formula 2 he became notorious for countless on-track incidents.

Off-track for assaulting a fellow driver who got in his way during practice, for groping a girl in the backseat of a car and offering another pit tickets in exchange for her nude pictures.

She declined, but Twitter ran hot for a while with the incident.

Known only as Renee, she tweeted: “The driver line up to me will forever be the 19 drivers and the one dude (Mazepin), who asked for my nudes and got pissed off when I didn’t send them.”

By that time, he had already signed with Haas, who described his actions as ‘abhorrent’ — but still retained him.

The official Haas response to criticism was: “As per the team’s previous statement regarding the actions of Nikita Mazepin — this matter has now been dealt with internally and no further comment shall be made.”

Rich daddy is thought have intervened, proving that money can fix anything.

Dmitry had been keen on getting into Formula 1 for some time, and first tried to buy Force India when its finances went belly-up, but Canadian billionaire Lawrence Stroll won that event.

Next, Dmitry tried to buy Williams, but that too was a no-go, then he approached Haas.

Team principal Guenther Steiner ruled out a sale, but took on 21-year-old Nikita to join Mick as Haas Formula 1 drivers this year.

Nikita’s job at Haas was possibly due to his impressive performance while testing for Mercedes at the Circuit de Catalunya.

He set the fastest time of his test day, lapping only 0.2 seconds off Valtteri Bottas’s time in the same car the previous day.

Last year he joined the Hitech Formula 2 team, which had benefited from his dad’s investment, and won twice, but lost another win at Spa when stewards penalised him for forcing Japan’s Yuki Tsunoda off-track.

He got two more penalties in a feature race at the Sakhir GP, one for (again) forcing Tsunoda off track and another for hindering Felipe Drugovich on the pit straight.

There were at least two more such incidents of dangerous driving for which he didn’t get a penalty at Sakhir.

And at Sochi, in 2019, a first lap incident earned him a massive 15-place penalty and a four-point licence endorsement after stewards found him guilty of ‘total lack of care for fellow drivers.’

However, Nikita will meet Yuki again, but in Formula 1 this year, since the Japanese has been chosen to take over Daniil Kvyat’s seat at AlphaTauri and become teammates with Pierre Gasly.

In other team driver changes, Ferrari has signed Carlos Sainz to drive alongside  Charles Leclerc, while Daniel Ricciardo moves from Renault to partner Lando Norris at McLaren.

In turn, Ricciardo’s vacant seat at Renault will be filled by two-time world champion Fernando Alonso, making a comeback to the sport for a third stint at Renault, with whom he won both his world titles in 2005 and 2006.

Alonso had a big prang on his bike in Switzerland a few days ago, but Renault — now rebranded as Alpine — says he’s fine and good to go with Esteban Ocon as teammate.

Sergio Perez, who was forced to leave Racing Point to make way for Sebastien Vettel, joins Red Bull in place of Alex Albon, who has been demoted to reserve driver.

Popular Perez will have Dutch wunderkind Max Verstappen as teammate at Red Bull.

Vettel will partner with Lance Stroll.

Williams has retained last year’s pairing of George Russell and Nicolas Latifi, Alfa Romeo has stayed with Kimi Räikkönen and Antonio Giovinazzi and Mercedes has signed both Lewis Hamilton and Valtteri Bottas for just one more year.

Hamilton’s pay demands took some time, but he finally settled for a lesser amount at 30 million quid, or $53.5 million in our money.

Nevertheless, he’s still by far the most expensive driver in Formula 1.

His ‘salary’ is said to be about five times that of Bottas’.

In regard to engines, McLaren will switch from Renault to Mercedes power, while Honda which is in the final year of its contract, will supply engines to Red Bull and AlphaTauri.

New to the calendar will be a night street race in Jeddah, Saudi Arabia, as well as the probable return of the Dutch Grand Prix at Zandvoort.

Uncertain is the Vietnam GP.

If it’s ready in time, it should be the fourth race of the season – otherwise Imola, Portugal or the Nurburgring look likely to fill the slot.

Changes have also been made to Formula 1’s support race bill, with Formula 2 and Formula 3 now featuring three races per round and racing on alternate weekends.

The W Series will also support F1 at eight events across 2021.

Finally, with Chase Carey leaving his role as CEO of Formula 1, former Ferrari team principal Stefano Domenicali will become the new boss of the sport.