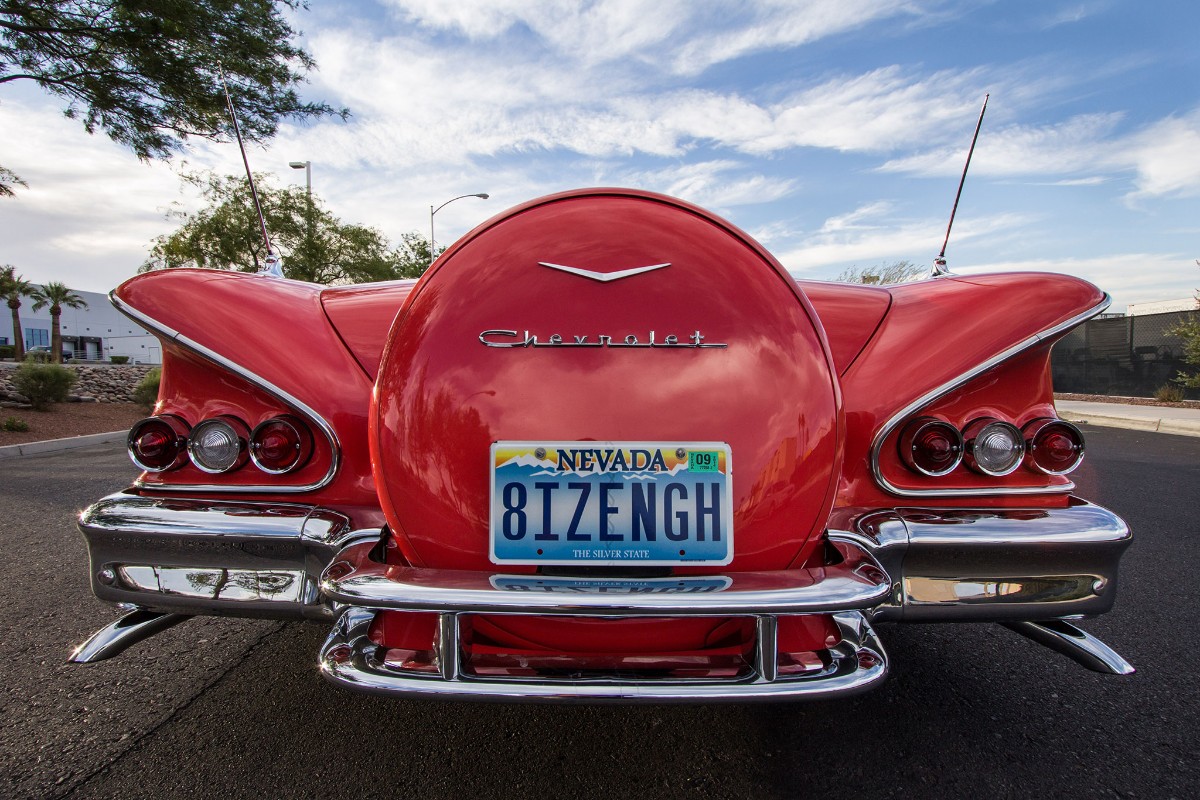 Spare a thought for the last Impala

Home
Wheel life
Spare a thought for the last Impala

THE General Motors bean counters have just killed off the last of the Chevrolet Impalas.

The last one, finished in Cajun Red Tintcoat, came off the line at GM’s Detroit-Hamtramck plant, bringing to close a much loved nameplate that dates back to 1958.

However, it might not really be the end of the car — after all, production of the Impala has been stopped not once, but twice before.

The Impala, named after the nimble gazelles of Southern Africa, was one of America’s most important vehicles, setting the standard in comfort and value.

It began life as an upmarket version of Chevrolet’s Bel Air but in 1959 it became a stand-alone model that soon earned its stripes as America’s most popular full-size car.

Through the years, the Impala featured some dramatic front and rear-end styling that led to many new trends, new engines, and new looks.

The top model in 1959 had many unique features, including roof simulator extractor vents, a two-spoke steering wheel and iconic triple-circle taillights.

Early Impalas had a distinctive ‘batwing’ boot lid with ‘cat’s eye’ sideways teardrop taillights, but in 1960 the cat eyes were gone, reverting to symmetrical triple circle tail lights, and the bat wing was less dramatic.

They were popular in other parts of the world too.

Right-hand drive cars were made in Ontario, Canada, for New Zealand, Australia, and South Africa and assembled locally from CKD or SKD kits.

Australian models were assembled by hand on the GM-Holden assembly lines.

There was another new design in ’62, with the cars offering ‘velvet soft and whisper quiet’ ride on four, massive coil sprung suspension which ‘soak up bumps like a sponge.’

It was also the first year, the all-transistor deluxe push-button radio was offered as an option.

Minor updates followed until 1965 when there was another full revamp that resulted in an all-time industry annual sales record, with more than 1 million units sold in the US.

Steady changes in the buyer climate continued until 1980 when the fuel crisis had a dramatic effect on the Impala.

Overshadowed by the steady rise of the more fuel-efficient compact cars, called ‘pony cars’ in the US, Impala stopped building its sport coupes — and by 1986 production of the glam car was stopped.

For the first time.

It came returned in 1994 with the S260-horsepower 5.7-litre V8 LT1 engine, but with a four-speed automatic transmission and the selector mounted on the steering column.

The SS lived out its final year in glory before it got chopped once again and, after a short run as a pure SS, the Impala and Caprice production line was stopped for a three-year period.

GM brought the Impala back to life in 2000 — but as a front-wheel drive — and for the first time in its history sans any V8 option.

The next year it tried to fix flagging sales with the introduction of the LS Sport.

But the ‘sport’ bit was limited to new gauges, a restyled front bumper, a chromed exhaust tip, dual temperature controls and an AM/FM stereo wîth cassette.

Come 2004 and the SS Impala was back, with a supercharged engine that lifted power from 200 to 240hp and tighter suspension.

But it was still a V6 automatic and in 2010 the SS was dropped from the range once more and the Impala family downsized  from five trim options to three: LS, LT, and LTZ.

Four years on there was another big change in style and power, with buyers given the option of three, direct-injected engines: 3.6-litre V6, 2.5 four-cylinder and a 2.4 four-cylinder with eAssist.

The Detroit-Hamtramck plant will get a multi-billion dollar investment that will have it building battery-electric SUVs, pickup trucks, and even the Origin self-driving car unveiled in January.

The plant is to be GM’s first dedicated to zero-emission vehicles.

The final Impala built there had a piece of paper stuck on its nose that read: “Farewell to the Chevy Impala, the last model of gas-driven vehicles at D-Ham.”

But bear in mind GM has not said it is retiring the nameplate.

Maybe the Impala will leap back into the motor world again one day.