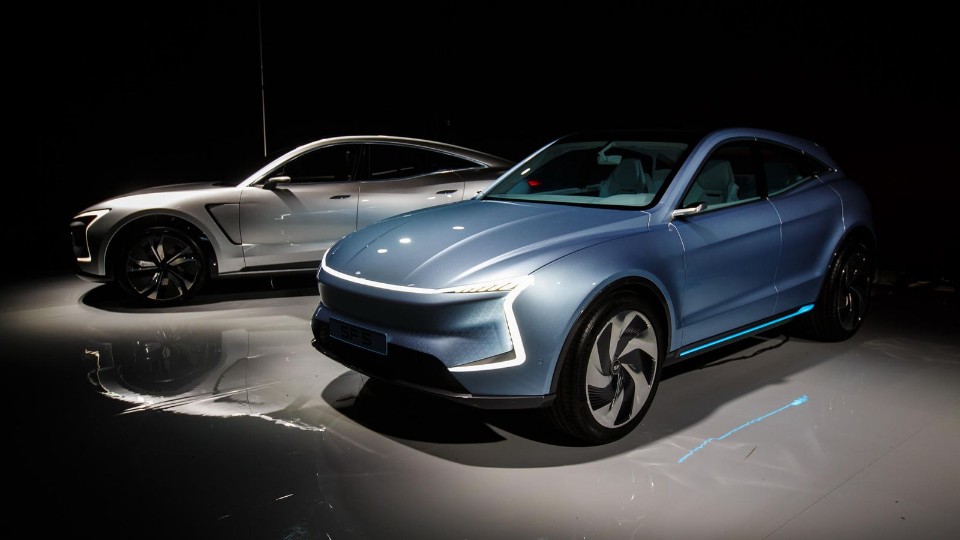 Keep an eye on a new car company called SF because it could be a thorn in the side of US President Donald Trump, not to mention the US auto industry.

SF Motors is an offshoot of the Sokon Chinese giant, but its headquarters are in Santa Clara, California, right in Silicon Valley.

It has acquired the South Bend, Indiana plant previously used by AM General to build Hummers, from where it will build 50,000 of its SF5 and SF7 electric SUVs a year – for the US market.

Of course, it will build similar vehicles for China, producing 150,000 of them – but from its twin plant in China.

It’s a clever move by the company which will let it escape the import taxes recently imposed by President Trump.

SF Motors has just revealed its SF5 and SF7 vehicles, both using the so-called

skateboard layout where a flat battery pack is fixed to the floor and electric motors are mounted at the axles.

SF says its drivetrain will come in various forms, including two-, three- and four-motor combinations, with the most potent promised to deliver 1000hp (750kW) and a range of about 450km.

The four-motor system is said to be capable of propelling the vehicle to 100km/h in under 3 seconds.

The company expects to start production in 2019 and will start taking pre-orders for the car later this year. No pricing has yet been announced.

The company has been assembling all the capabilities required, including a team, global R&D centres, as well as its dual manufacturing plants in the US and China.

However, it seems to be what Tesla’s Elon Musk warned President Trump about on Twitter.

By making its vehicles in the US as well as in China, it won’t be subjected to import taxes in either market.

Musk said it was unfair because non-Chinese companies only have one way to get around a 25 percent tax that China applies to imported vehicles, which is to enter a joint venture with a Chinese auto company.

“It’s like competing in an Olympic race wearing lead shoes.”