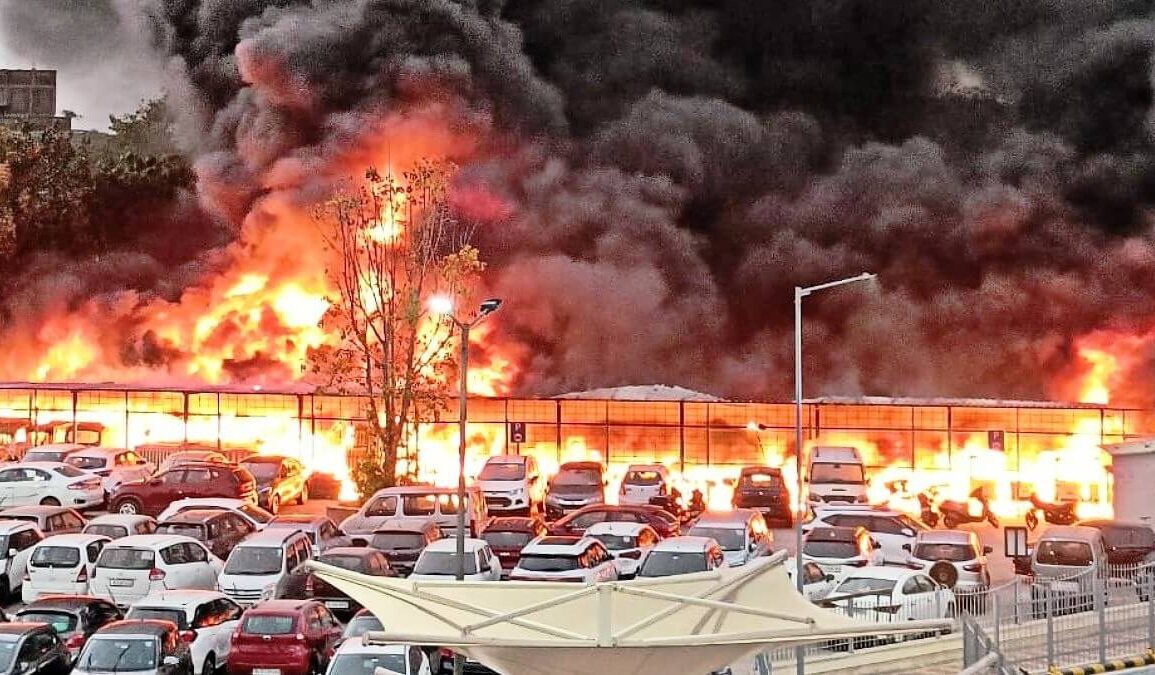 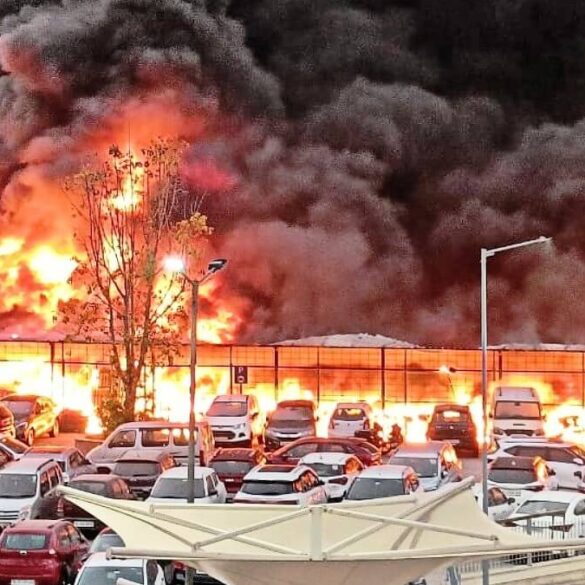 ABOUT 100 vehicles were gutted by a massive fire at an EV parking facility in Delhi’s Jamia Nagar area earlier this week in the latest headache for India’s booming electric vehicle industry.

Destroyed in the blaze were at least 30 brand new e-rickshaws, 50 older models, 10 cars, two scooters and a motorcycle.

The Delhi Fire Department, which needed 11 fire tenders to help bring the fire under control, said the cause was likely to have been an electrical short circuit.

It was the biggest EV-related fire to have been reported in the country.

The national government has been cracking down on electric vehicle manufacturers whose scooters have been catching fire and ordered the Defence Research & Development Organisation (DRDO) to investigate incidents.

Reports of electric scooters have become commonplace in India, which has by far the world’s biggest scooter and motorcycle market.

The DRDO had already blamed bad battery design and serious defects in batteries and EV modules for the spate of fires and ordered manufacturers Ola, Okinawa and Pure EV to give their version before it takes action.

At least four videos of e-scooters in flames have gone viral in the past few days, raising concerns about the safety of green two-wheelers.

In one case, two people were killed.

Industry executives say the incidents could cut the growth rate and supply of EVs in the short term.

Sales of electric two-wheelers in India increased 132 per cent in 2021, the Society of Manufacturers of Electric Vehicles (SMEV) said in a new report.

The nation sells about 20 million motorcycles a year. Most are regular petrol-powered machines, but the electrics are a growing market — and a growing pain for authorities.

Industry experts say there is no one single reason for the cause of fires in EVs.

Lithium-ion batteries, which are powering everything from EVs to smartphones can catch fire if they are improperly manufactured or damaged.

They can also catch fire if the software that operates the battery is not designed correctly.

Speculation is that most of the recent incidents happened because of ‘thermal runaway’ phenomena, where a chain reaction occurs when internal temperature and pressure, due to overheating, rises at a much faster pace than can be dissipated by the battery.

Hero Electric, with 34 per cent market share, is the top seller, followed by Okinawa (22 per cent) and Ather (12 per cent) — but there are many all-new brands out there and some say they’re trying to cash in on the boom without having the expertise to produce machines less likely to implode.

Electric two-wheelers that can to 25km/h require a full drivers licence and that sector last year grew 425 per cent, compared to low-speed counterparts which grew by only 24 per cent.