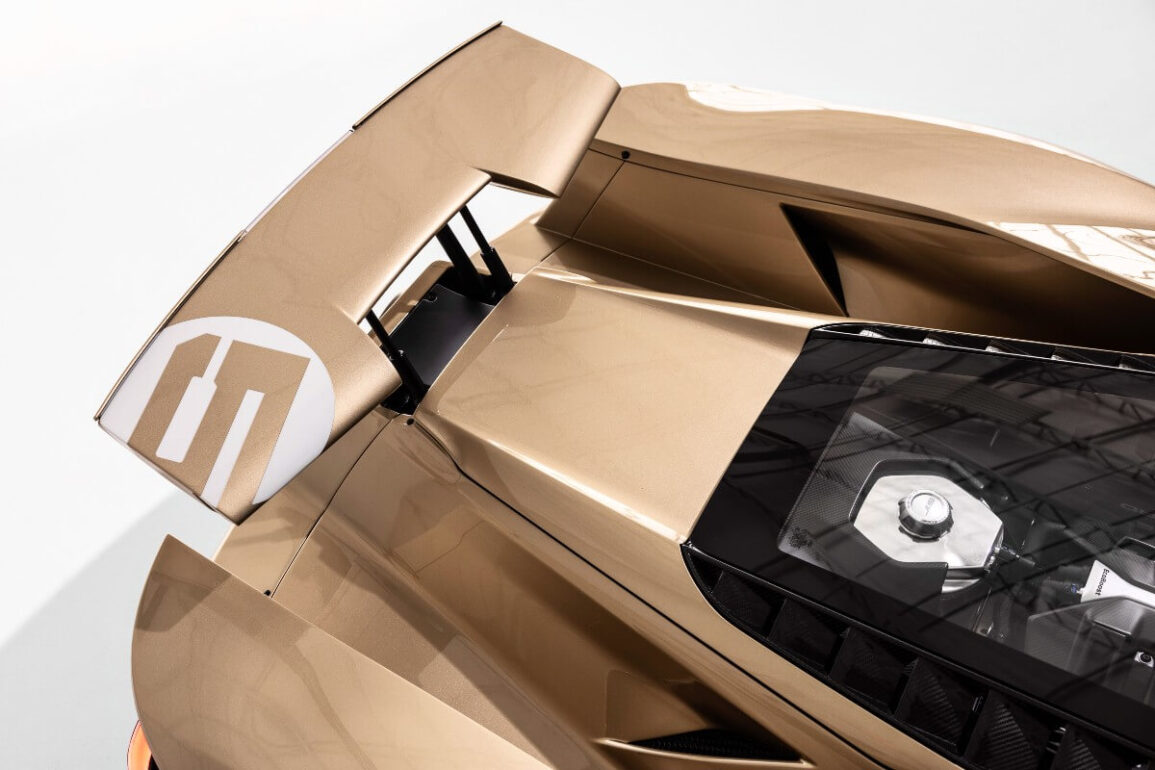 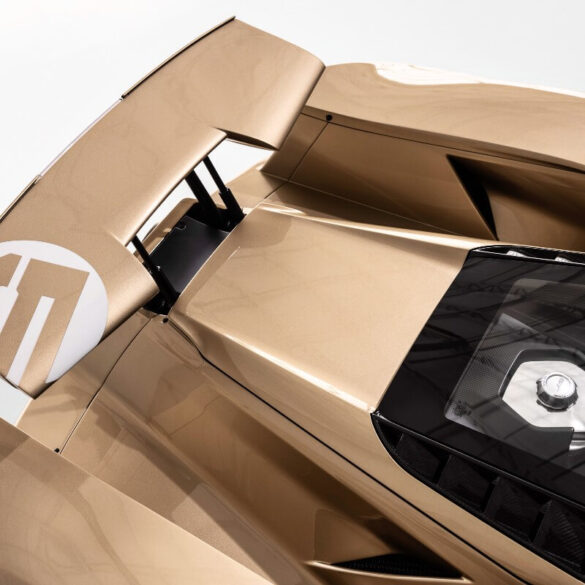 It’s the latest in a series of GT40 heritage editions that mark landmark moments in the car’s motorsport history, including its Le Mans titles.

In all, the series includes nine ultra-limited-edition supercars, with two still to come.

The Holman-Moody team played a critical role in the GT40’s race success.

Driven more than 265 laps over eight days in January 1966, chassis No. P/1016 became a laboratory on wheels as the teams raced to redesign brakes, suspension and tyre setups to be more competitive — even trying an experimental automatic transmission.

Unique gold and red livery includes signature Oxford White roundels with No. 5 stamped on the doors, hood and rear wing – all matching the appearance of the 1966 Ford GT40 raced by Holman-Moody.

Carbon fibre carries through to the cabin, appearing on door sills, console and registers, with a cleaver matte No. 5 roundel on the door panels.

Gold appliqués on the instrument panel, door register bezels and seat cross-brace are paired with the matte carbon fibre on the registers, door sills, lower A-pillars and console.

The steering wheel is finished in Ebony Alcantara with black stitching, while dual-clutch paddle shifters are finished in exterior-matching Holman Moody Gold.

“Inspired by one of the most well-known Ford GT40 race cars, this latest Ford GT honors the Holman-Moody race team’s knowhow and ability to out-innovate global competitors.”