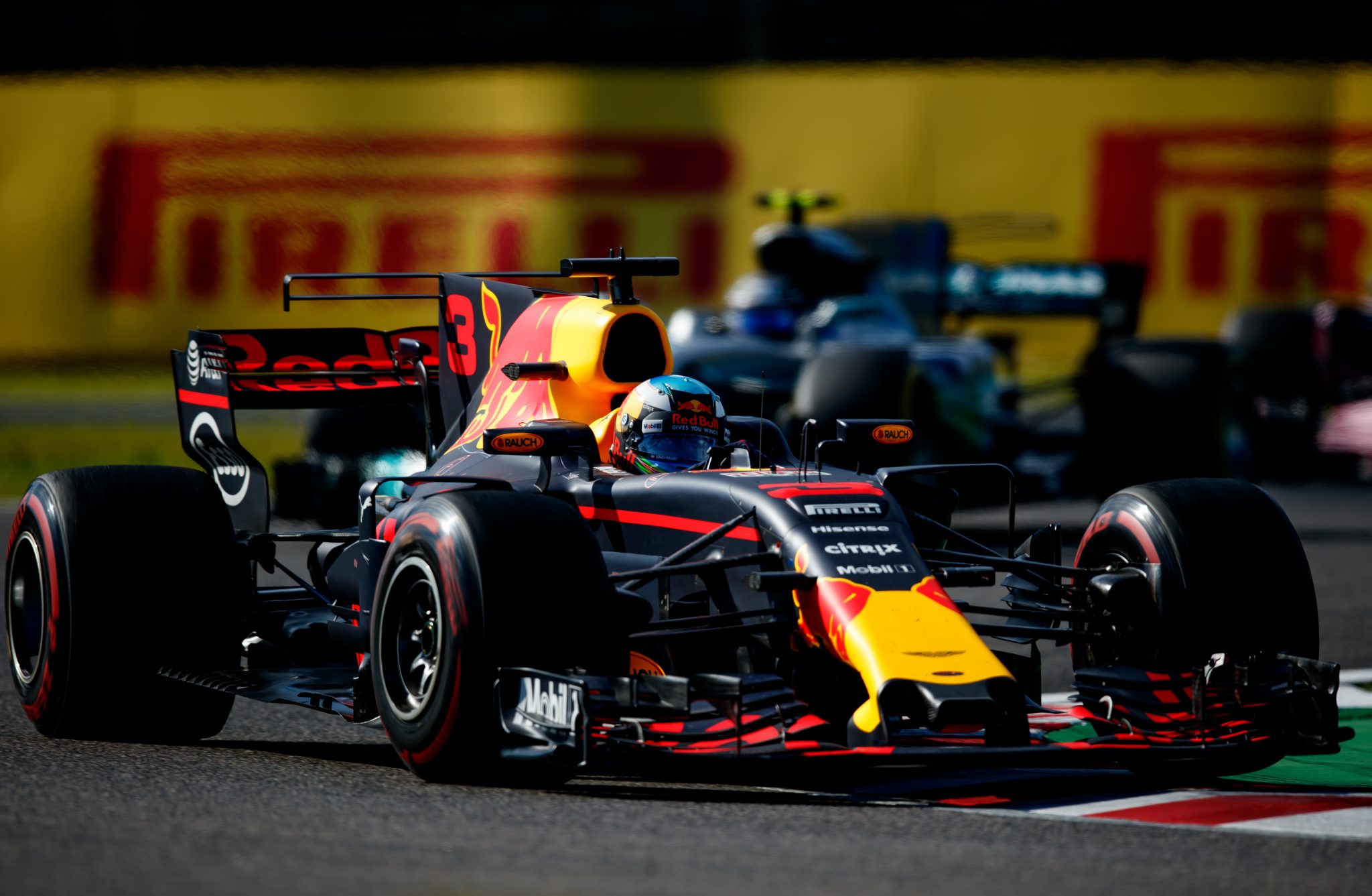 Ricciardo on the podium again (and again)

Home
Wheel life
Ricciardo on the podium again (and again)

DANIEL Ricciardo secured his ninth podium of the season – his best so far – with a lucky third place in the Japanese Grand Prix on the fast Suzuka circuit.

The Perth driver, under attack from Mercedes’ Valtteri Bottas towards the end of the 53-lap race, was almost taken out by the Williams of Lance Stroll which shot across the track after it suffered a broken suspension and came within a whisker of hitting Ricciardo’s Red Bull Renault.

The incident brought out the safety car and allowed teammate Max Verstappen who was five seconds down on Lewis Hamilton to close up and challenge for the lead.

However, Hamilton stayed ahead, crossing the finish line 1.2seconds in front of the Dutch driver and Ricciardo kept the hard-charging Bottas at bay with a 0.9sec buffer.

The expected showdown between Hamilton and Ferrari’s Sebastien Vettel failed to materialise, with an electrical fault eliminating the Ferrari early in the race.

It was Vettel’s second retirement in three races, and probably scuttled his hopes of taking the driver’s championship.

But Kimi Raikkonen kept the Ferrari flag flying with fifth place, followed by the impressive Force Indias of Esteban Ocon and Sergio Perez and the Haas pair of Kevin Magnussen and Romain Grosjean in 8th and 9th.

Felipe Massa claimed the last championship point with a 10th spot for Williams.

Carlos Sainz ended his final race with Toro Rosso in spectacular fashion with a crash on the opening lap, then Marcus Ericsson put his Sauber into a wall.

Sainz is scheduled to join Nico Hulkenberg in the Renault team.

Red Bull is fast shaping as a more serious challenger to the dominating Mercedes than Ferrari, which, despite sharp performance, is having reliability troubles.

‘It was a great day for me,’ Max Verstappen said on the podium.

’The pace (of the Red Bulls) was very promising and the cars are improving race after race.’

The ever-smiling Ricciardo summed up the event as ‘good fun.’

‘It’s my first podium in Japan,’ he said. ‘Valtteri (Bottas) was coming at me at the end, which was great fun.

‘But today wasn’t a very exciting race for me.

‘In the final stint towards the end I had a clear track and I was able put in some good laps but it wasn’t enough.

‘I’m not going to get too down about it. I didn’t think there was anything else we could have done today, it was just circumstances and how the race panned out. ‘We’ll come back in Austin (US Grand Prix on Oct 22) ready to have a good weekend on track and also eat plenty of barbeque.

‘I’m going to diet for the next few days so I arrive lighter in Austin and can enjoy the local food!’

Daniel Ricciardo kisses his trophy after his first podium at Suzuka.

Daniel Ricciardo on his way to third place in Japan.