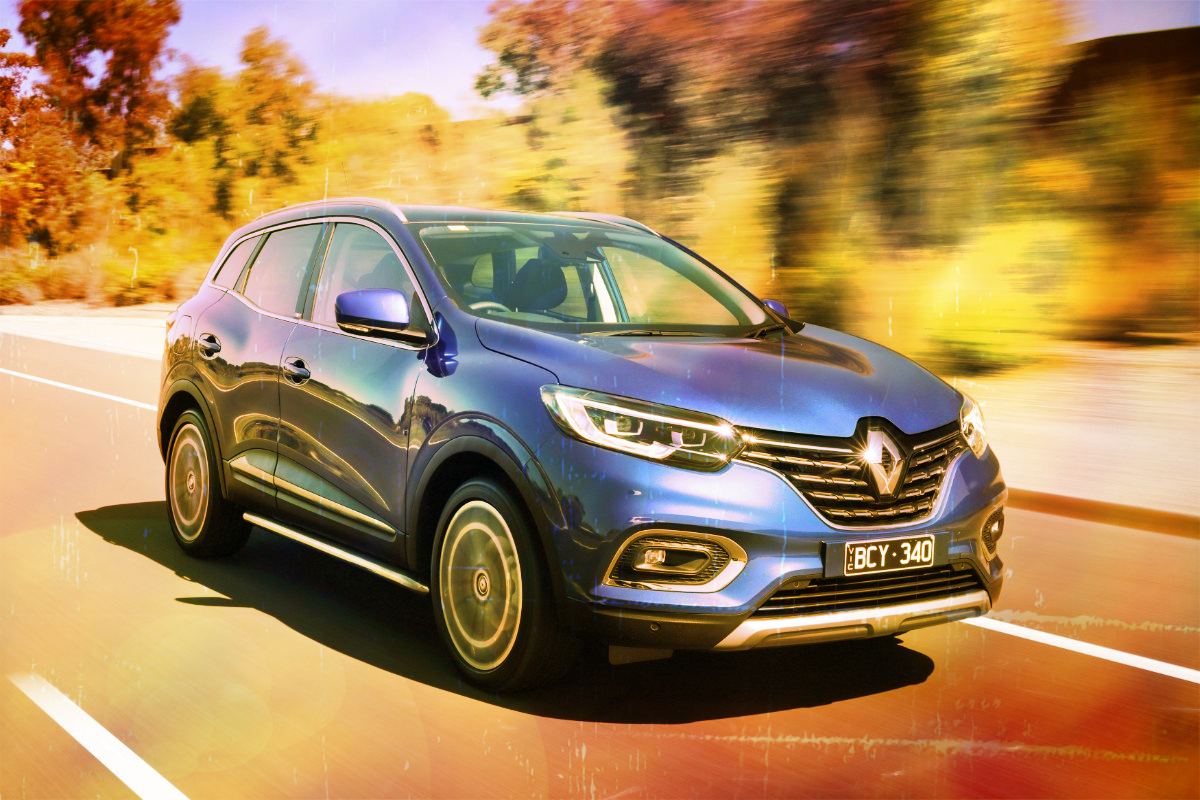 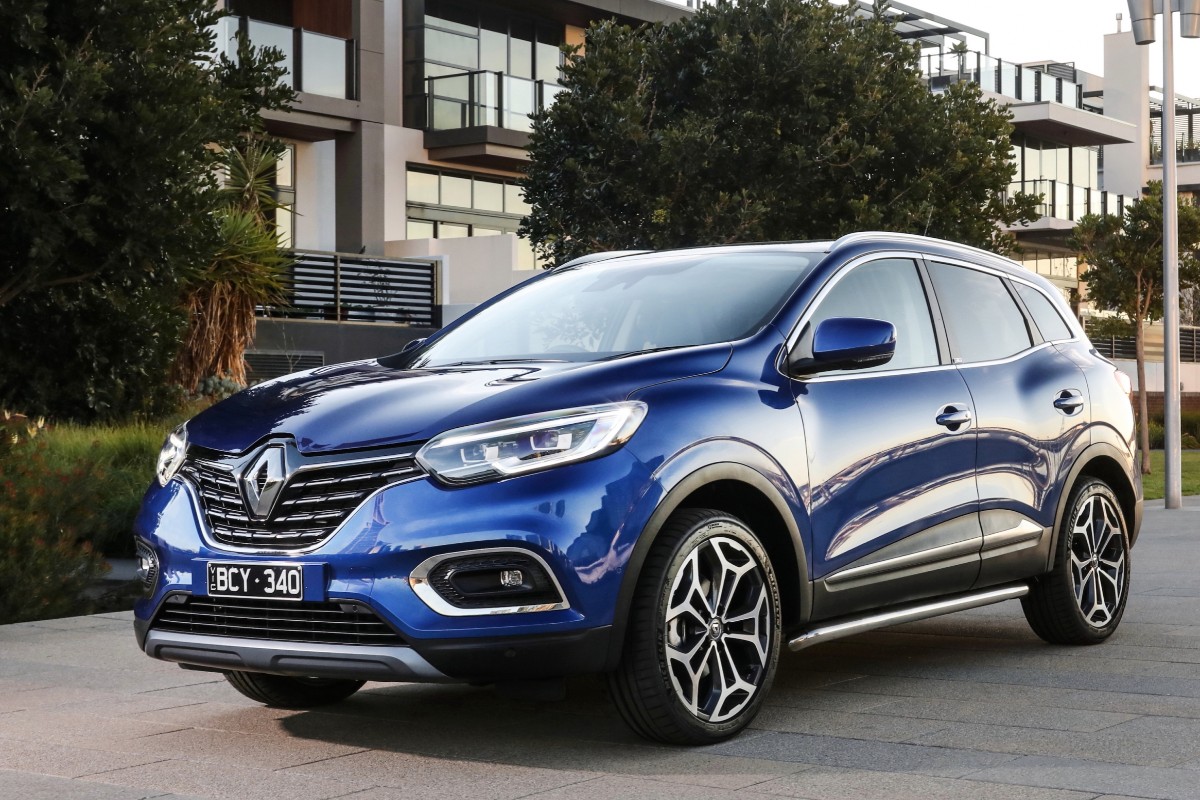 THE names are getting weirder and weirder, because every name imaginable that could be applied to a new vehicle has either already been used by one brand — or claimed and pigeonholed by another.

Valkyrie, Gladiator, Thunderbird are among the ones that have the Aldi touch: Good, different.

They all sound better than a letter and/or a number and some are really strange because they’re generated by an illiterate computer or are variations of tribes, places or creatures  in mythology — or far-off countries.

Some are really funny, such as the Daihatsu Terios, which should have been called the Telios (Greek for the peak), the Mitsubishi Starion should have been a Stallion, Toyota had a model called Deliboy and Mitsubishi once had a Lettuce — and Urban Sandal.

Which brings us to the newest name to arrive on our big island: Renault’s Kadjar.

We’re told it was derived from a mix of ‘quad’ and ‘agile.’

The quad bit became ‘Kad’ and ‘Jar’ is French for agile, and as a backup, there’s another Gallic word ‘Jaillir’ which means to ’emerge suddenly.’

Well, it emerged quite suddenly on our market and yes, it sure does have four wheels and is quite agile for a small-to-medium-sized SUV. 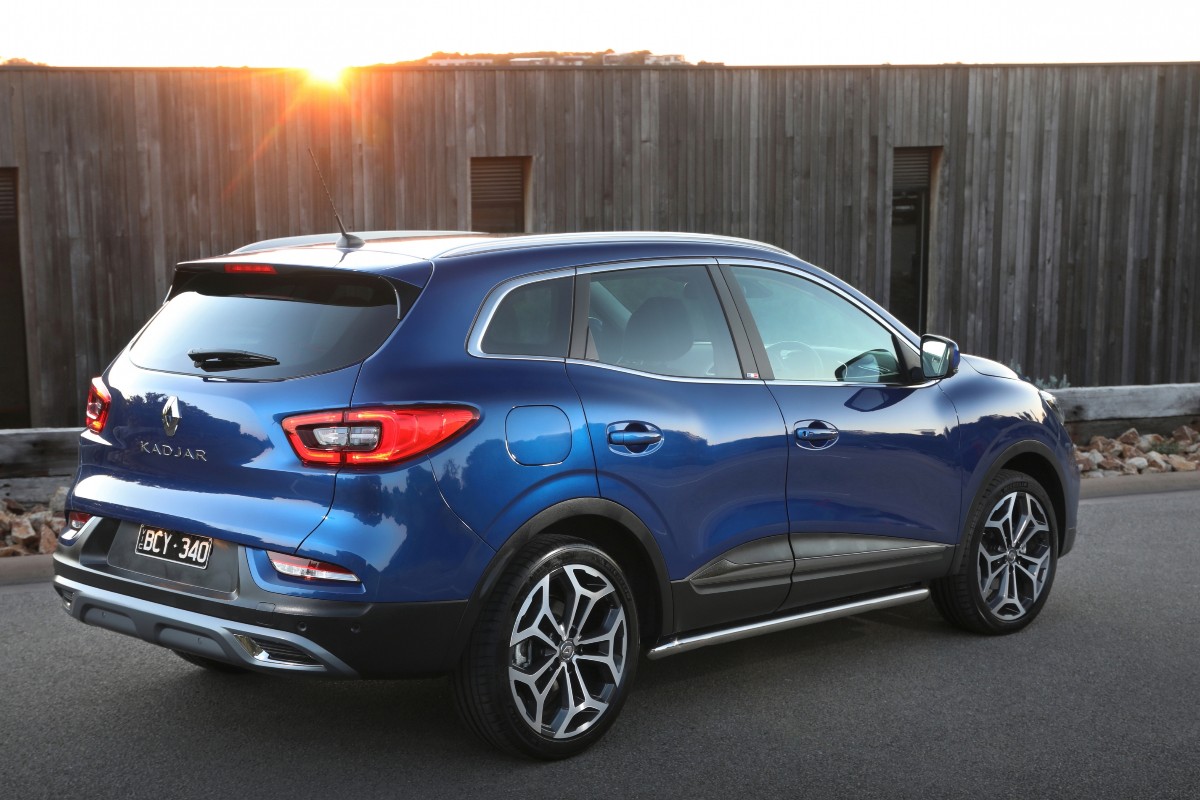 Kadjar sits between the compact Captur and Koleos (there’s another strange name) in the French brand’s range here in Australia.

It’s a good-looking vehicle that shares its platform with Nissan’s Qashqai and it has a three-tier buyer choice.

There’s also tyre pressure monitoring, which quickly let me know I’d picked up an unfriendly something right rear that was slowly deflating the classy Continental tyre.

The dash lighting can be twirled to reflect your favourite hue and the controls are logically placed and easy to use. 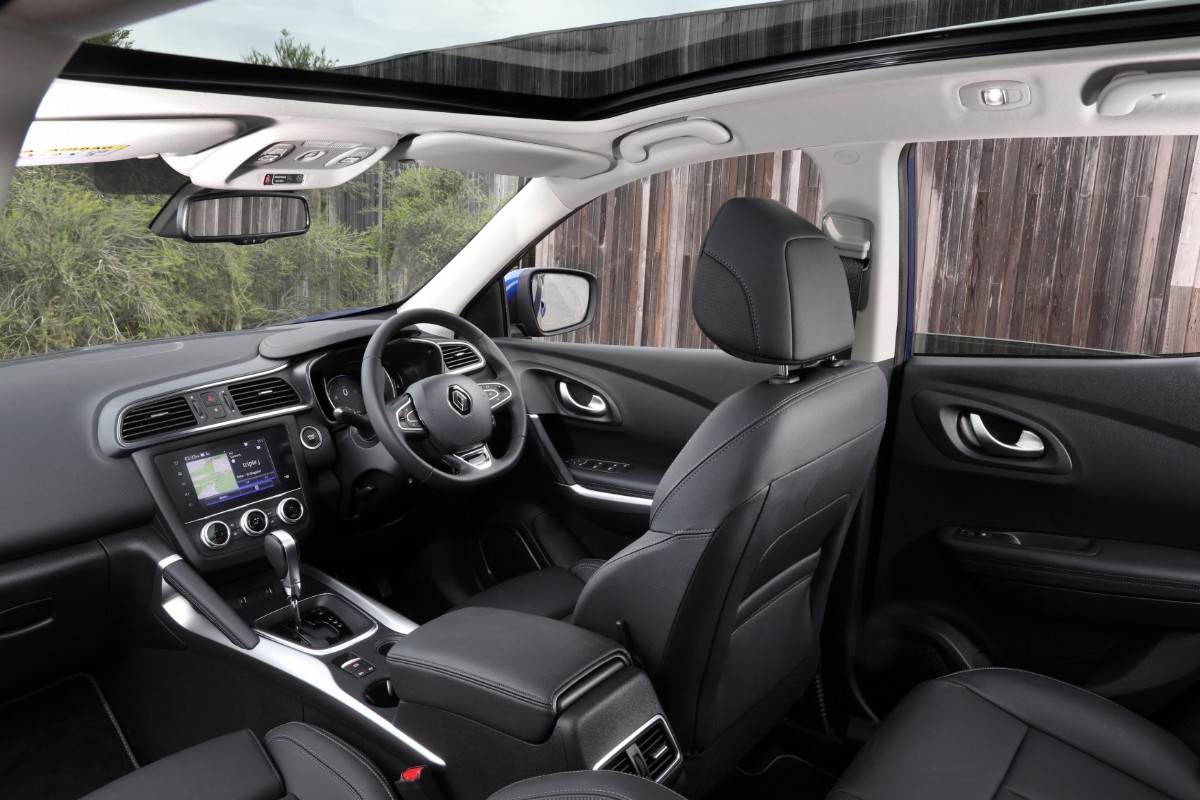 Interestingly, the Kadjar is is almost as spacious as a medium-sized SUV, but is priced among the compacts.

It has loads of leg, shoulder and headroom, plentiful storage nooks and plug-in facilities and looking at its chic Euro lines from outside, most would think it has an engine of around 2.0 litres — but non, mon ami — it’s a petite 1.3-litre turbo four-pot firecracker with a 117kW/260Nm kick.

The same motor is also used in some A and B series Mercedes.

Transmission is a seven-speed dual-clutch auto that drives the front wheels.

It’s typical of a dual-clutch system in that there’s a momentary hesitation before it figures it’s time to go walkies, and then it’s at its best behaviour for the rest of your trip.

Visibility is excellent and the vehicle gives its occupants a very comfortable ride.

Indeed, space and comfort seem to be the Kadjar’s priorities.

It runs very well, dispatching the sprint to 100km/h in a smidgen under 10 seconds, and fuel economy is also impressive.

We averaged 6.7L/100km, mainly in and around suburbia. 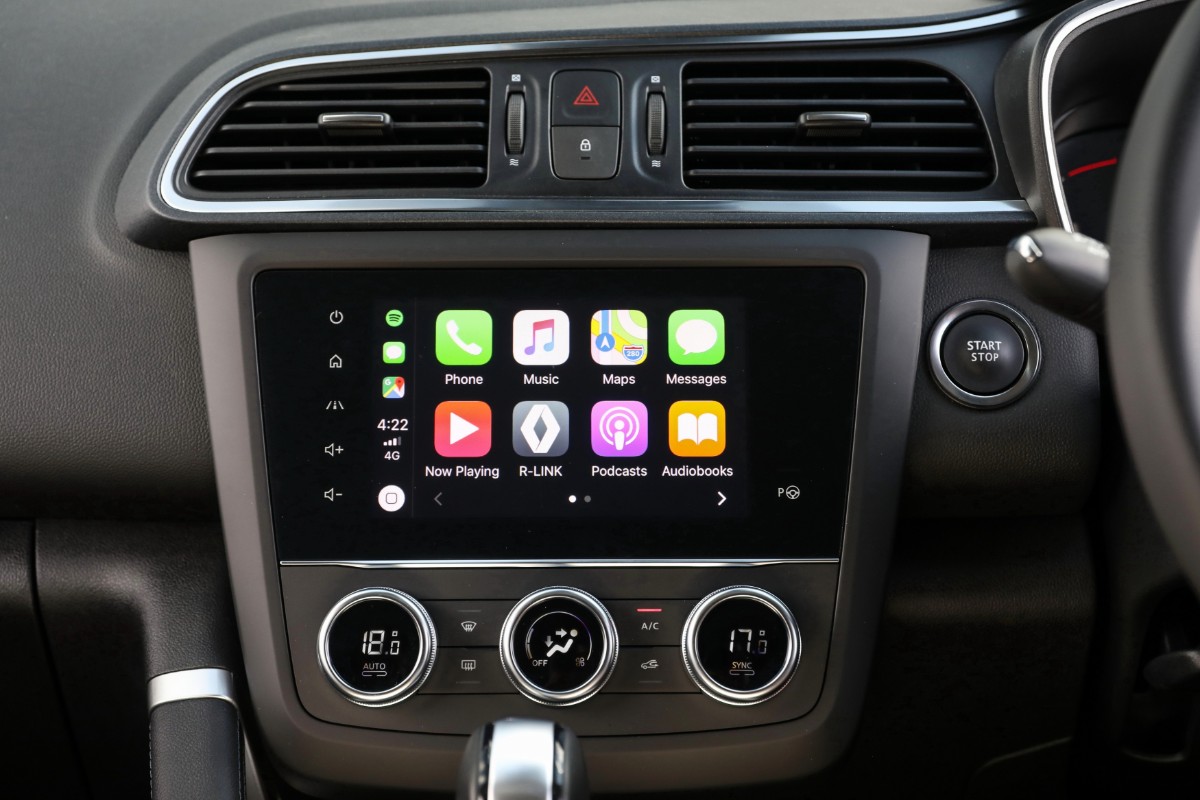 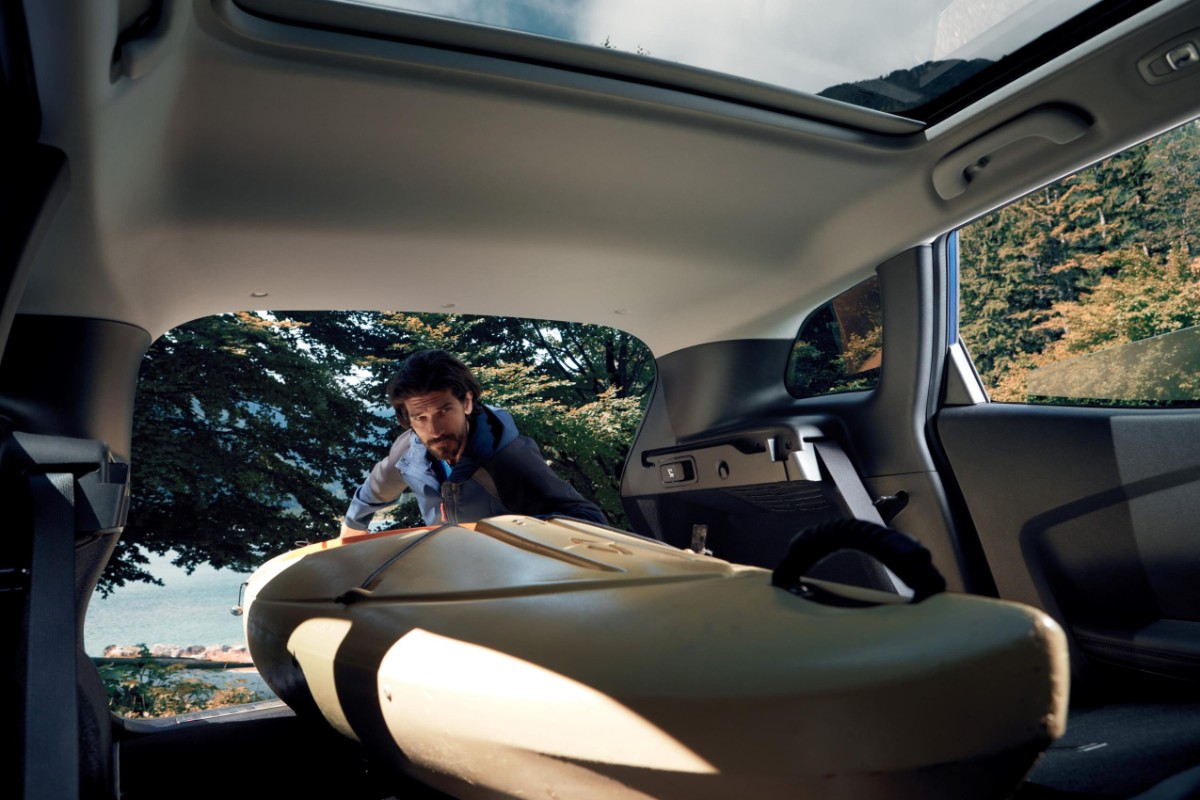 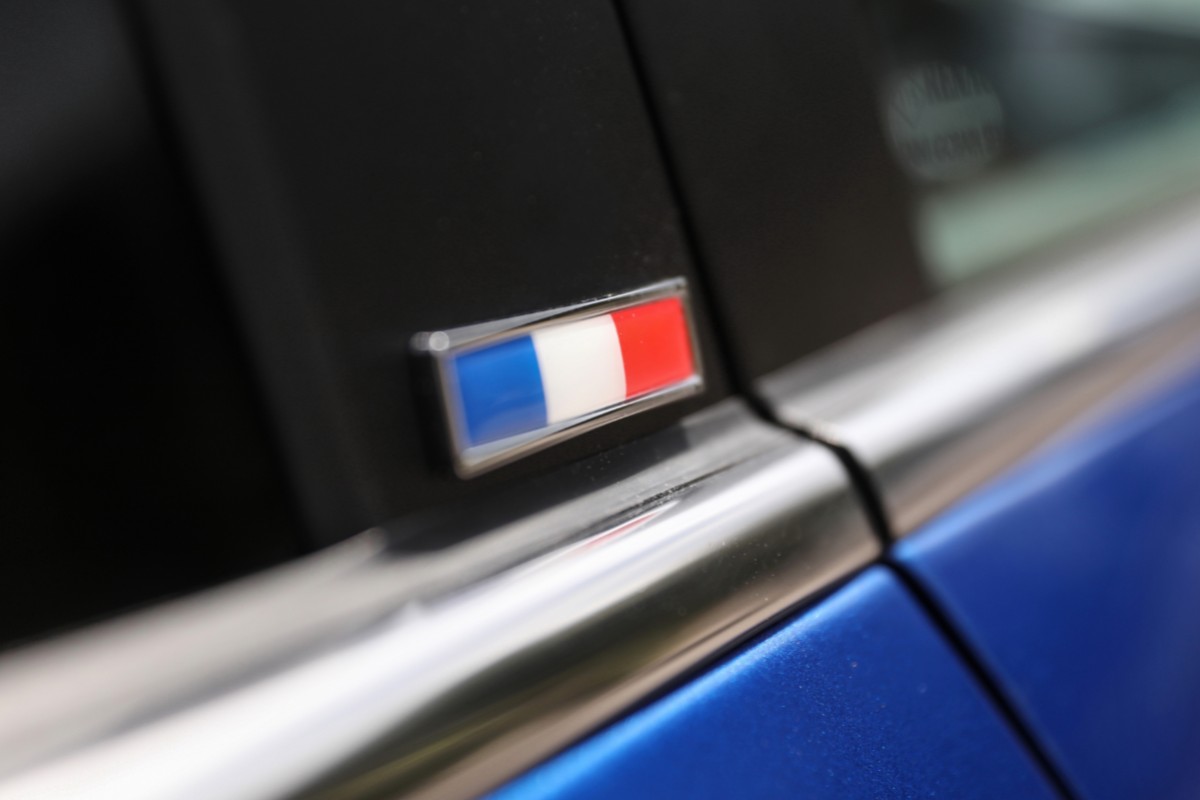 Beauty and brains, comfort, space and efficiency, not to mention a 5-year unlimited kilometre warranty — make the Spanish-built Kadjar a very bright star. 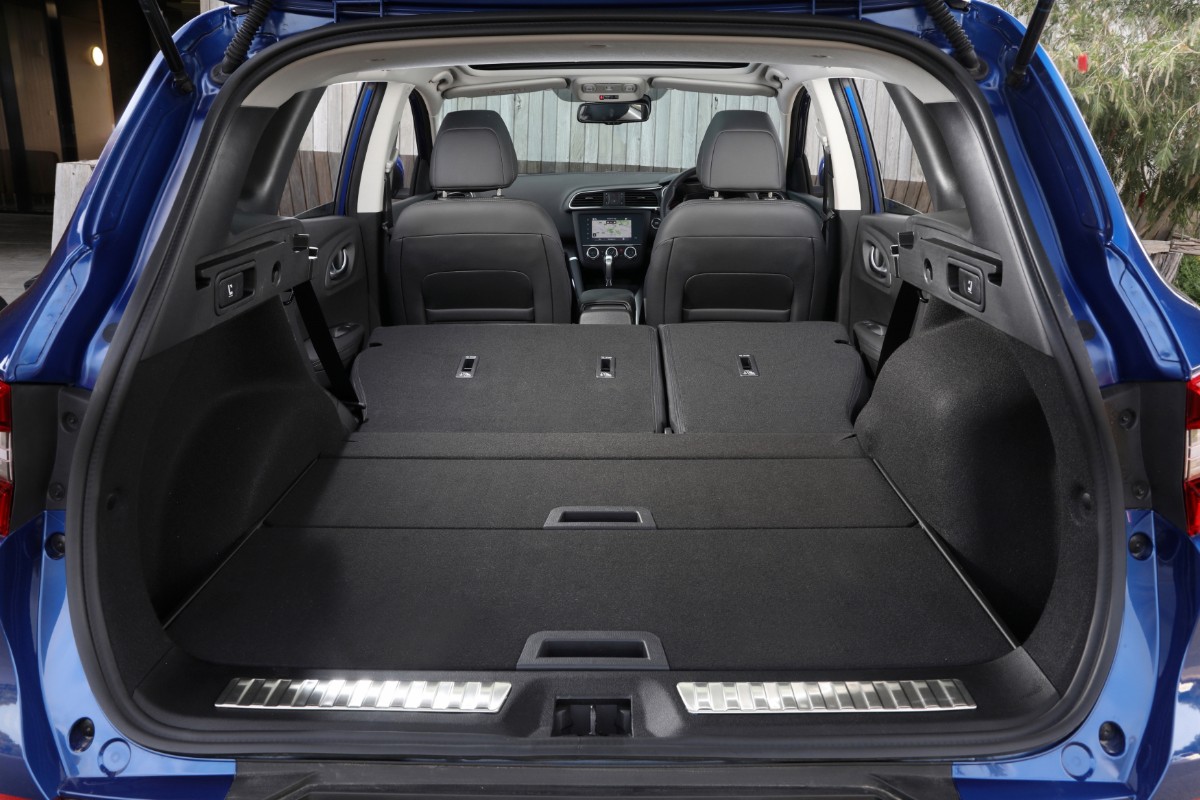