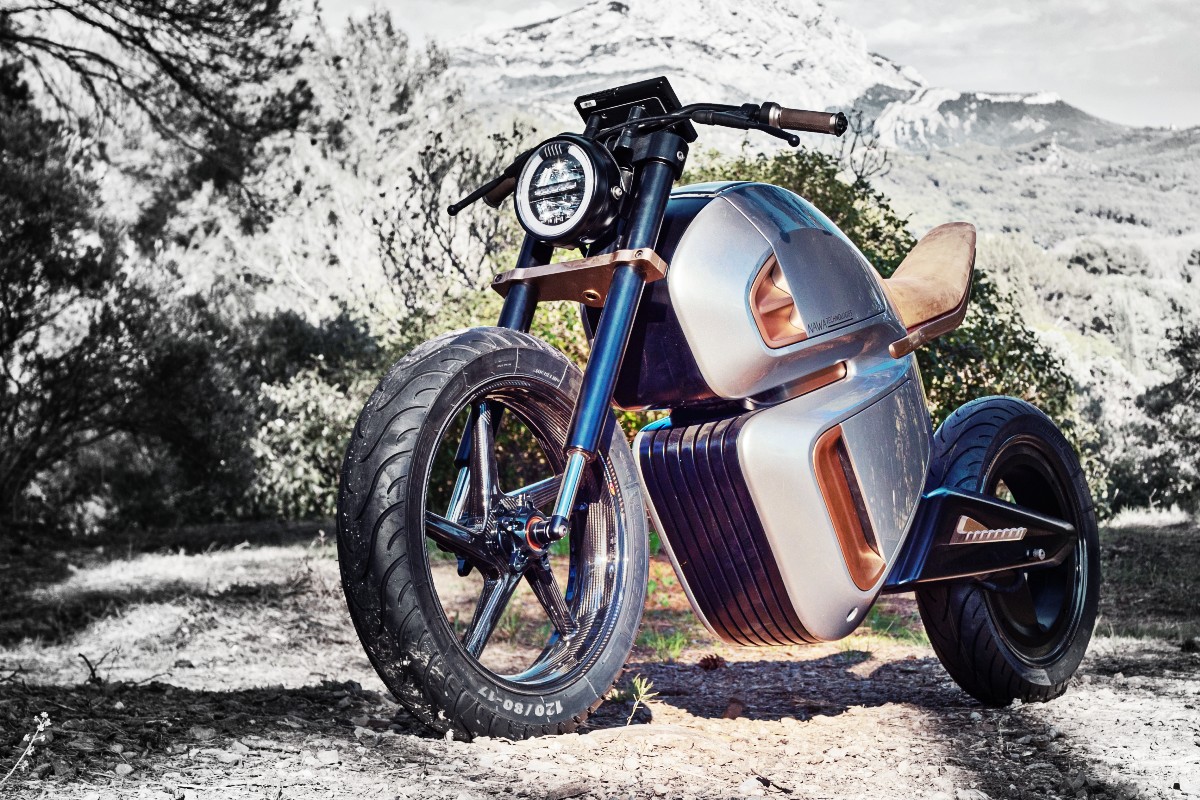 As the automotive world accelerates towards an electric horizon, it’s easy to overlook two-wheeled variety of EVs — or electric motorcycles.

Like electric cars they go way back, in fact all the way back to 1895 when the first patent for an electric motorcycle was filed.

The first mass-produced electric scooter, the Peugeot Scoot’Elec, was released in 1996.

Believe it or not, there are upwards of 20 manufacturers currently producing some form of two-wheeled electric transport.

The latest name to throw its hat in the electrified ring is French company NAWA Technologies, which together with AKKA Technologies, FAAR, Pronergy and YSY Group — have produced the concept e-motorbike called the NAWA Racer.

Revealed at CES 2020, NAWA Racer was initially designed as a demonstration model only, to illustrate how the company’s next-gen ultracapacitors can be applied to a real-world electric powertrain.

But, following a hugely successful reception, the decision has been taken to develop a fully functioning, rideable prototype.

The prototype will feature a world-first: a ‘hybrid’ battery that combines the revolutionary NAWA Cap ultracapacitors, with conventional lithium-ion cells.

With the best of both energy sources to draw upon, it opens a new world of possibilities.

The NAWA Cap plays the equivalent role to a turbocharger.

Applicable to any electric vehicle, Nawa says it can reduce the size of the lithium-ion battery by up to 50 per cent, or conversely double the range – or deliver a combination somewhere in between.

The capacitor pack itself is lightweight and combined with an aluminium body, offers a 25 percent weight saving over conventional electric sports bikes.

The hybrid storage pack powers a highly efficient, in-wheel electrical motor that develops up to 40kW of power.

Thanks to its lithium-ion battery, NAWA Racer is projected to cover 150km on a mixed cycle, including highways.

But by capturing so much energy from stop-start riding and releasing it again as acceleration, it can double urban range to 300km.

No matter the charge level of the lithium-ion battery, NAWA says the bike will always have full acceleration on demand – with a projected 0-100km/h time of under 3.0 seconds.

For the initial design, expert design and engineering services were sought from Envisage Group – based in the UK.

It has translated the designs and drawings of NAWA’s founder and CTO, Pascal Boulanger, into beautiful, simple renderings.

The aluminum body integrates the battery within the structure of the chassis, negating the need for a conventional frame.

The in-wheel motor is the work of AKKA Technologies, whose mission is to optimise the mechanical components, to create an e-motorbike with very few moving parts — one that is light and easy to fabricate with a perfect riding experience.

Development of the electronic power distribution system is led by Pronergy, a subsidiary of FAAR SAS located in Paris.

For this first dynamic prototype, a new switching unit has been developed allowing both NAWA Cap and the lithium batteries to provide energy, maximising the benefits of both technologies in terms of performance and efficiency.

Further expert assistance in the form of motorcycle testing comes from YSY Group, based in Lille, France.

At this stage the dynamic prototype is expected to make its track debut just before summer 2021, depending on current COVID-19 restrictions.

While NAWA Technologies has no plans to make or sell a production version of the Racer, it is open to approaches from partners interested in taking this revolutionary e-motorbike to the streets.

“We had such a fantastic response to our NAWA Racer concept at CES 2020 that we had to take the next step and showcase what our NAWACap technology truly can do,” Boulanger said.

“In order to develop a fully dynamic prototype, and best reflect our next-gen energy storage technology, a world-leading consortium has been brought together to design and build a fully functioning version.”

CHECKOUT: No charge for the bike