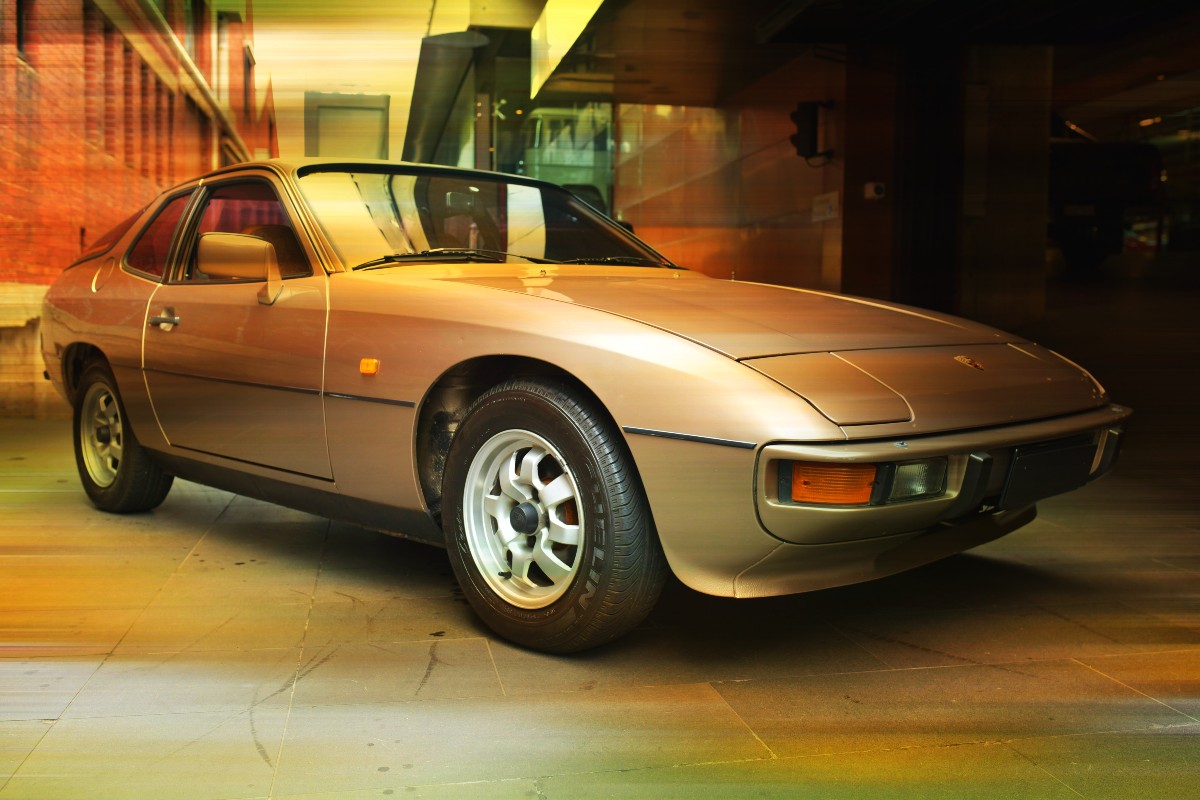 Here it is. Here is the best chance you’ll ever have to own a Porsche.

Shannons is auctioning a pristine Porsche 924 Coupe at its timed winter auction which gets underway tomorrow.

Originally from the UK, this 1981 924 is presented in immaculate condition throughout, with excellent paint and factory steel wheels.

It is powered by a 2.0-litre four cylinder engine with a five-speed Getrag manual transmission.

Inside it is just as nice, with Berber Tweed cloth-faced seats in brown and beige vinyl trim and carpets.

Again, it is all factory standard and in lovely condition — you would be hard pressed to find a nicer original example.

It comes with original books, a spare set of keys and includes a custom fitted cotton car cover.

This is one for the collectors.

The 1981 Porsche 924 is being sold here unregistered with no reserve price.

Developed in conjunction with Volkswagen in the early ‘70s as a replacement for the mid-engined 914, Porsche’s 924 eventually became a second model alongside the 911 after VW pulled out of the project.

The modern bodywork possessed an excellent aerodynamic co-efficient of just 0.36 and had several ground-breaking features, including a large glass hatchback and pop-up headlights.

Representing a total break with tradition from the 911, the 924 influenced the styling of Porsche’s new flagship, the similarly front-engined 928.

With impeccable handling characteristics in the best Zuffenhausen tradition, the 924 was a relatively affordable, well-equipped sports car that came in for plenty of praise from the motoring press when unveiled in 1975.

Underscoring just how good the original 924 concept was, Porsche further developed the model into the 944 and ultimately the 968, thus extending the life of its front-engined sports car to almost two decades of production.

Now more than 45 years old, the 924s are fast approaching classic status and now is an excellent time to snap one up.

Porsche’s 924 caused quite a stir when it was launched in Martini Racing colours at the Melbourne Motor Show in 1976.

At the time the Porsche brand meant the 911 and the 924 was something out of left field . . . a front-engine, transaxled car was unexpected, though of course that mechanical layout foretold the Porsche 928 introduced two years later.

After the rush of orders for the 924 in Martini colours interest stabilised and the model became a regular sight on Australian roads in a variety of hues, including this Pewter Metallic example featured here.