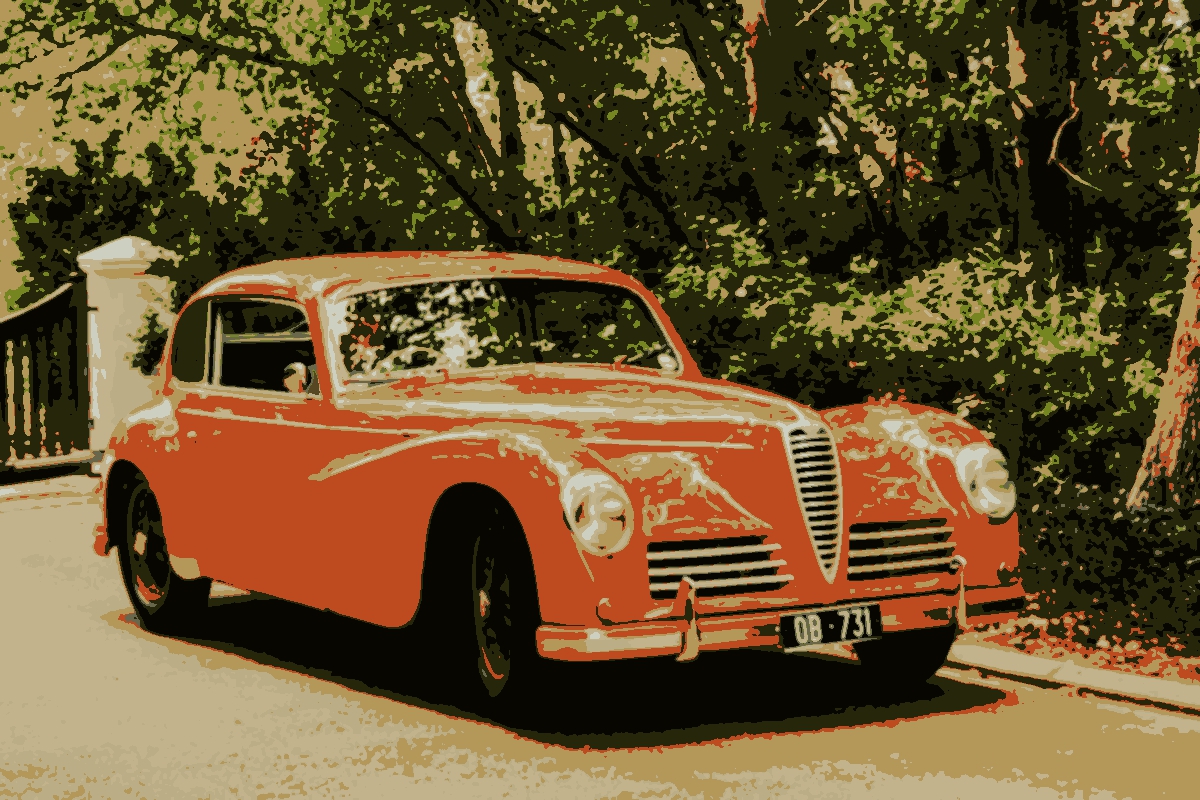 Just before the nation-wide lockdown, to celebrate the upcoming 110th anniversary of Alfa Romeo, Mike Monk got behind the wheel of one of Alfa Romeo’s early post-war greats with a point to prove.

The car is part of the collection of the famous Franschhoek Motor Museum (FMM), located about 60 minutes drive from Cape Town in South Africa.

Una Freccia d’Oro dal Cuore Sportivo, a phrase that Alfa Romeo aficionados will recognise as meaning A Golden Arrow from a Sporting Heart – and that describes a model that helped restore the company’s status in the early post-war period.

Like practically every other motor manufacturer based in countries involved in the conflict, when WWII ended and peace was restored, Alfa Romeo had to resort to reviving a car that was in production before 1939.

For the Milanese automaker, that meant the straight-six-cylinder 6C, but it was no easy task.

Italian motor industry factories had almost all been wiped out, including Alfa’s prestigious Portello works, but by May 1946 it was rebuilt and ready to go and by the end of that year, the first 6Cs were produced mainly from parts left over from before the war.

Return to normality began with a variation of body styles including a series of berlinas (saloons) and two Freccia d’Oro (Golden Arrow) coupés.

Some independent Italian and Swiss carrozzeria added to the offerings, the cumulative effect of which was to show the emerging Italy as a leader in industrial design, with resultant appeal to wealthier foreign markets.

Up front, longitudinal trailing arms carried the stub axle, with a lateral arm acting on the coil spring/damper unit.

At the rear, the swing axle was located by trailing arms and longitudinal torsion bar.

Hydraulic dampers were used all round, but post-war the twin rear shocks per wheel were replaced by a single unit, made by Alfa.

The braking system comprised hydraulically-actuated drums at each wheel.

Aluminium rims with steel spokes and hubs were originally shod with 5.50 x 18 tyres, but post-war these were replaced with 6.50 x 17 rubber.

Right-hand drive was retained, a legacy of Italy’s final protracted gradual transition from right- to left-hand drive that commenced in 1923.

Under the bonnet, Vittorio Jano’s original in-line six cylinder engine design had been stretched to 2443 cc and had twin overhead-cams as standard.

There were three states of tune: standard, Sport and Super Sport, the latter boasting three carburettors rather than one.

A factory build plate on the bulkhead of FMM’s car declares this to be a 1947 Sport model, for which the compression ratio was 7.5:1 and peak power given as 67kW at 4400 rpm.

The gearbox was a four-speed, originally with a floor-mounted lever, but post-war a column shifter was used, and synchromesh added to first and second gears.

A badge on the bodywork of this car announces that it was assembled by Carrozzeria Alfa Romeo rather than Pininfarina, which is a bit of a surprise because the base berlinas were said to have been built by Alfa, the Sport by Pininfarina, and the Super Sport by Touring Superleggera.

The long nose and rounded tail was a sop to the aerodynamic styling trend of the day.

Depending on the model and seats fitted, seating ranged from 2+3 to 3+2 – a bench front seat was fitted to some (the column shift allowed for three abreast seating) but it was a bit tight in the back due to the body shape.

However, passengers in the back could release the doors independently via a lever just inside the B-pillar – a neat touch.

The Freccia d’Oro looks, and is, a big machine, but fire up the motor and blip the accelerator and it promises an entertaining drive.

Select first, release the handbrake located to the right of the driver’s seat, and the rorty Alfa pulls away with something of an aristocratic air.

The shifter is far from precise, though, and takes a bit of familiarity to operate smoothly, but there is enough torque not to have to continually cog-swap.

With a dry weight of 1550kg, the Sport is no lightweight and the steering needs strong input when the road veers from the straight and narrow.

But the Alfa bowls along quite majestically and with some panache, highlighted by the sporty tune from the dual exhaust.

Acceleration to 100km/h takes around 20 seconds and a top speed of 155 km/h was claimed.

Oh, and I must not forget to mention the hooded speedo and rev counter, an Alfa styling characteristic that has endured for many years.

And, yes, the rev counter is in front of the driver, while the speedo is off to the left.

It is all a matter of priorities. That Cuore Sportivo . . . remember.

The 6C 2500 was expensive but sold to wealthy customers including King Farouk of Egypt, Pakistani prime minister Alì Khan, Prince Rainier of Monaco, along with Hollywood stars Rita Hayworth and Tyrone Power. (One was featured in The Godfather movie in 1972.)

But the car had done enough to restore Alfa Romeo’s standing in the marketplace, and the company’s priorities turned to producing sporting cars for the masses as Italy re-established itself in the global economy.

The Golden Arrow had made its point.

CHECKOUT: Gorgeous Alfa gets the kiss of life

CHECKOUT: It doesn’t get more limited than this Alfa