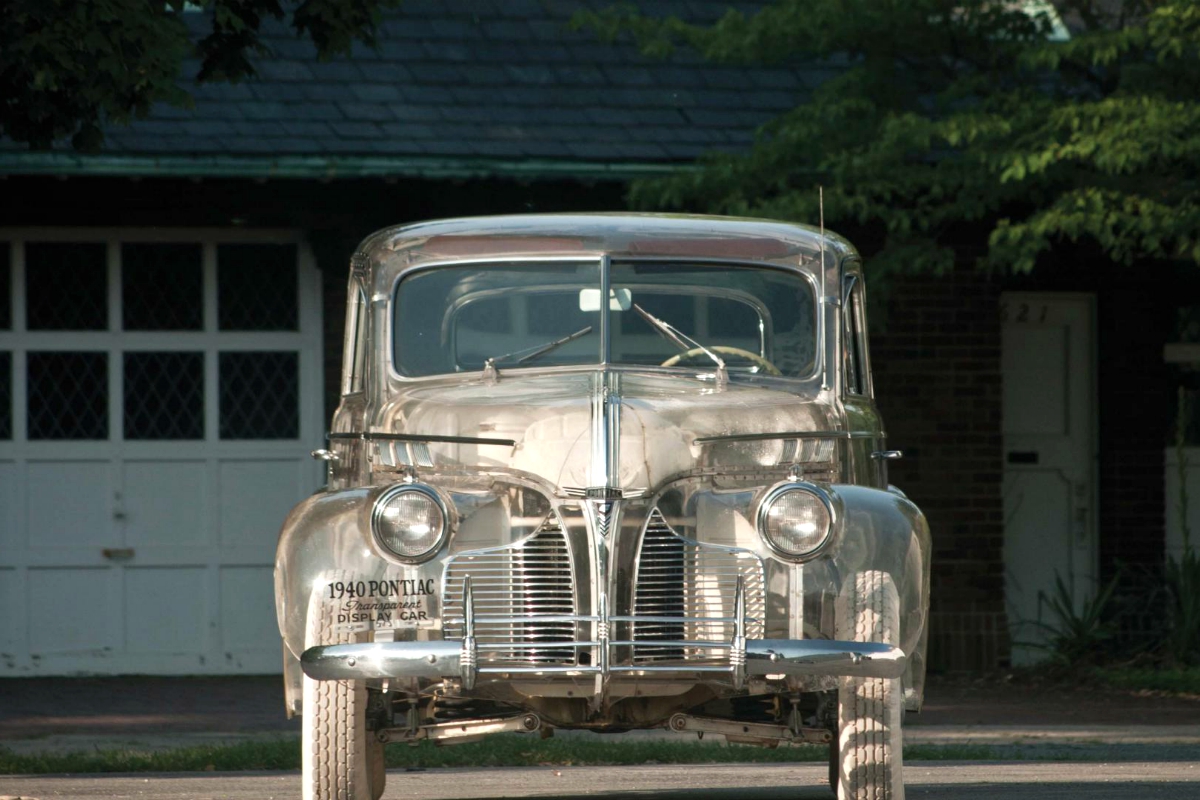 Pontiac was a ‘glass’ act

This see-through 1939 Pontiac Deluxe Six is the real deal and it still exists, 78 years after it was first constructed.

Based on a 1939 Pontiac Deluxe six cylinder touring sedan, the car caused a sensation when it was first shown.

The media tagged it the “Ghost Car”.

After the Fair it was shown around the USA and finally ended up in the Smithsonian, where it remained through the duration of World War II.

From there, it went to a couple of Pontiac dealers in Pennsylvania before ending up in private hands in 1973.

The see-through body was attached to a steel chassis.

The structural metal underneath was given a copper wash, and all hardware, including the dashboard, was chrome plated.

Rubber door and window mouldings were made in white.

The car rides on its original US Royal all-white tyres.

Even the running board rubber is white.

From the beginning the Pontiac was an operating car, but it could not really be used on the road as the Plexiglas would stress fracture at the point where it is attached to the steel chassis.

Such was the success of the 1939 car that GM and Rohm and Haas quickly built another for the 1940 World’s Fair, held in San Francisco.

That car, an eight cylinder Pontiac — no longer exists.