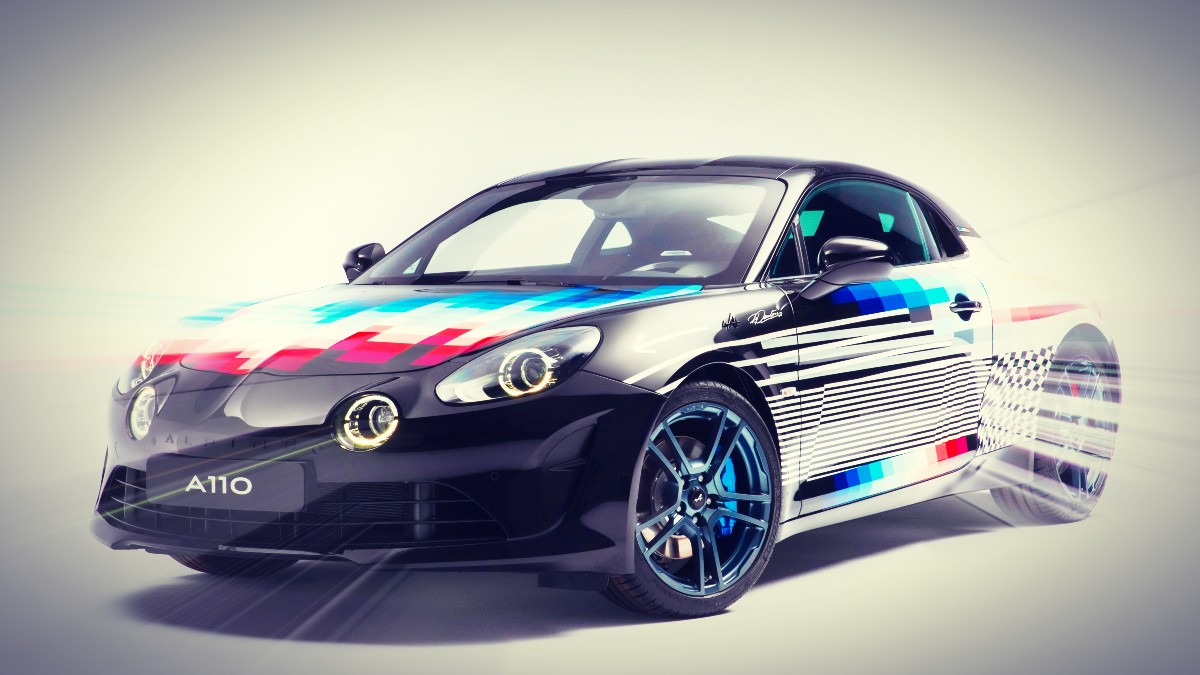 The illusive Argentinian artist Felipe Pantone has put his stamp on another Renault project with the Alpine 110 art car.

And, get this, they can be road registered — although that is highly unlikely to happen.

Pantone was born in Buenos Aires in 1986, but raised in southeast Spain.

He started out as a a graffiti artist under the name of Pant1 in Torrevieja, Spain, before moving to Valencia at the age of 18, where he started painting with the D.O.C.S crew and later became part of UltraBoyz (UB).

He is known for his avant-garde, cursive style, with bright colours that recall typography, 80s synth pop music and the colour bars of a TV.

Pantone’s name is also a reference to the Pantone Color Matching System used in the printing industry.

The camera shy artist’s first collaboration with Renault was the Alpine F1 x Felipe Pantone, presented a few weeks ago.

Here he delivered his artistic interpretation of Formula 1 on a 1/2 scale model exhibited on the first floor of the Atelier Renault dedicated to Alpine.

They’ve let him loose on a full size car for his second outing, the Alpine A110 x Felipe Pantone.

Before tackling this project, Pantone apparently spent long hours studying the brand and its history, as well as driving an Alpine A110 to feel the unique personality of the French sports coupe.

The graphic lines follow the shape of the A110 which give an impression of speed even when the car stands still.

It also features the signature colours of Felipe Pantone, black and white.

The paint job, carried out entirely by hand, represents several weeks of work.

Expert tips on caring for your car

But, for even greater exclusivity, each of the three models offered for sale will feature subtle graphic variations to make each a unique piece.

“My idea regarding the work on the A110 is to evoke a sense of “ultra-dynamism,” Pantone said.

“Visual speed is something that I have been investigating for years now and I feel it really comes together on this car, emphasising its brilliant design with a fast, technological look.”

Pantone is also known for his work with other manufacturers across different fields, including Reebok, Hennessy whisky, and he has also used  a 1994 Corvette as the basis for his work.