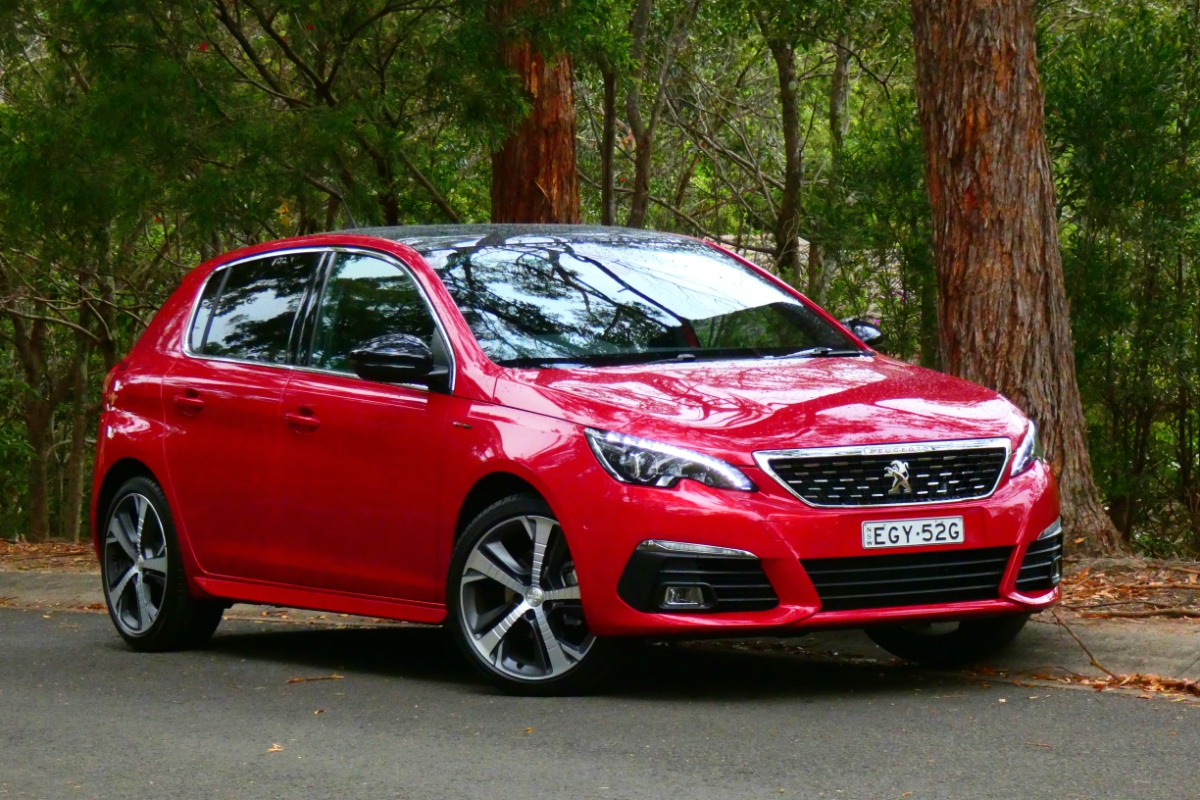 Not to be confused with the 308 GT or GTi, nevertheless the 308 GT-Line looks very much like its high performance siblings — and that’s the general idea.

Get the GT-Line and you get the bling without the sting, in this case the considerably higher price, which means a saving of at least $5000 bucks on a GT — even more for the GTi.

That said, both the GT and GTi have gone to God in the face of ever tighter emissions legislation, at least for the time being.

Sure, but what’s the GT-Line go like, I hear you you ask? 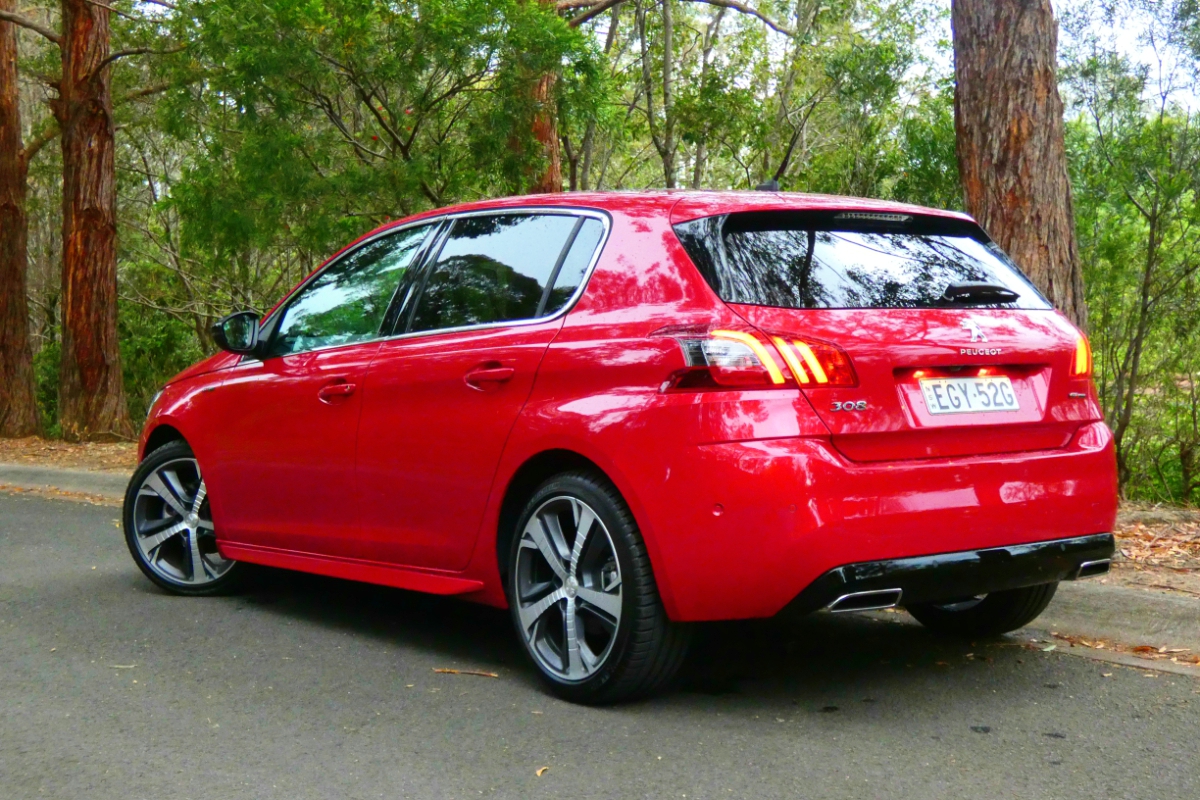 GT-Line adds 18 inch diamond cut alloys and a sports kit with instrument panel read-outs for levels of power and torque being delivered, turbo boost pressure, plus longitudinal and transverse acceleration. 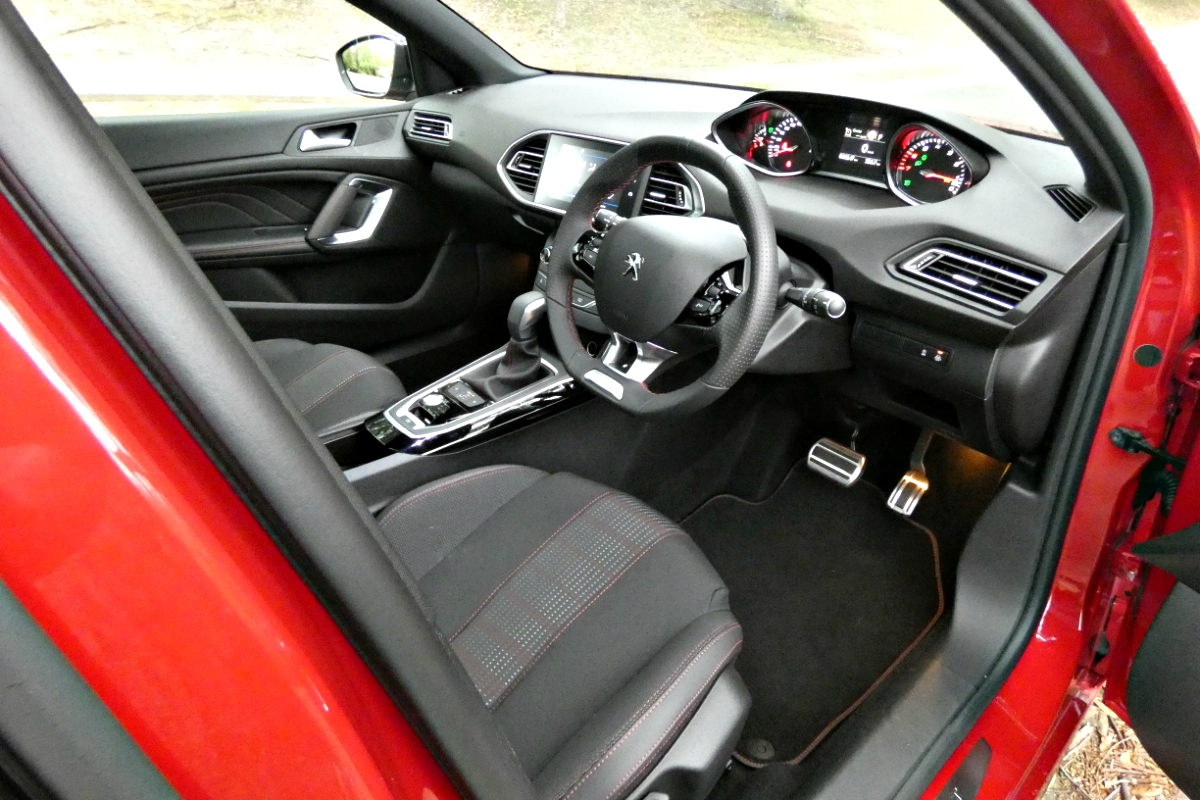 It’s teamed with a 6-speed EAT6 auto that was developed in conjunction with transmission specialist Aisin, but in this case does not come with gear change paddles, although you can change gears manually using the shifter if desired.

Most people will be surprised to learn it’s such a tiny three cylinder engine, but they’ll be even more gob-smacked to discover how well it actually goes.

Small engines have come a long way, especially the current crop of small turbocharged engines, which compensate for the torque lost in downsizing, while still producing better fuel consumption than a larger unit.

It’s a bit frantic in sport mode, and as such you won’t want to leave it there, but really comes alive if you opt to change gears yourself, with a sporty rasp of thrum from the three-pot power plant.

The shift itself is a bit of a pain in the arse to use, as you click your way up and down the range, having to move sideways in steps at the same time, much the same as a gated change.

Force or try to hurry it and you will soon become frustrated as it becomes hung up.

Otherwise the hatch gets along nicely and doesn’t use much juice, at 5.0L/100km.

We were getting 7.3L/100km from the 53-litre tank after almost 500km of city and freeway driving — and it takes premium unleaded.

The seats are comfortable, but there’s not much rear legroom with the driver’s seat set back, though it does have a good-sized boot.

The steering and small steering wheel are terrific, but the ride quality can become a little choppy on anything but smooth tarmac, and this is where local suspension tuning helps.

Oh, and even though the steering wheel is small, it can block vision of the high-mount instrument panel and digital speedo, unless you keep it set low (we liked it high).

Cruise control is fitted but it’s not the latest adaptive type that maintains distances automatically.

The dash layout sticks with an inset touchscreen, instead of a more contemporary freestanding unit and also retains a CD player, which is something of a rarity these days.

The specs suggest it is equipped with DAB digital radio, but we couldn’t find it.

It does however come with satellite navigation and the usual Apple CarPlay and Android Auto connectivity.

Having said that, we had a few problems with the nav which had trouble getting position in the city and simply refused to accept a street number when inputting an address, demanding an intersecting street instead.

And try finding a cupholder for a second cup of coffee if you happen to be alone — there’s just the one. 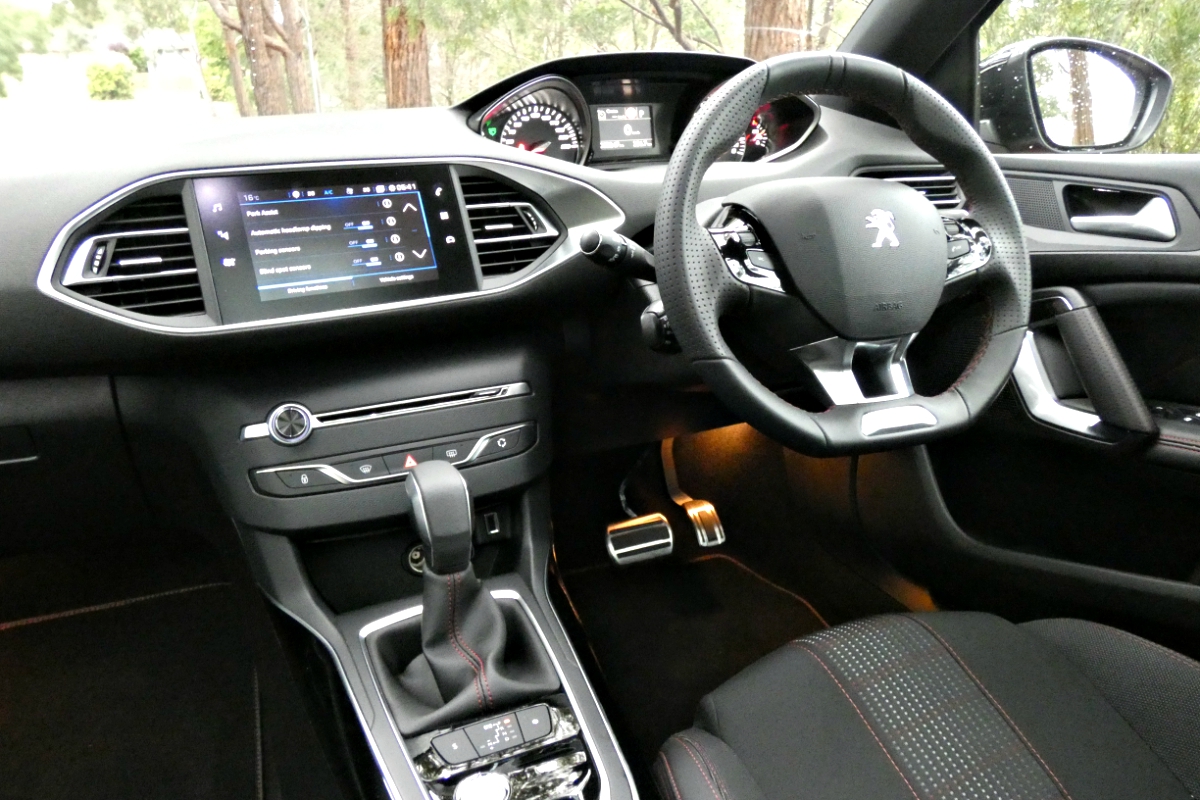 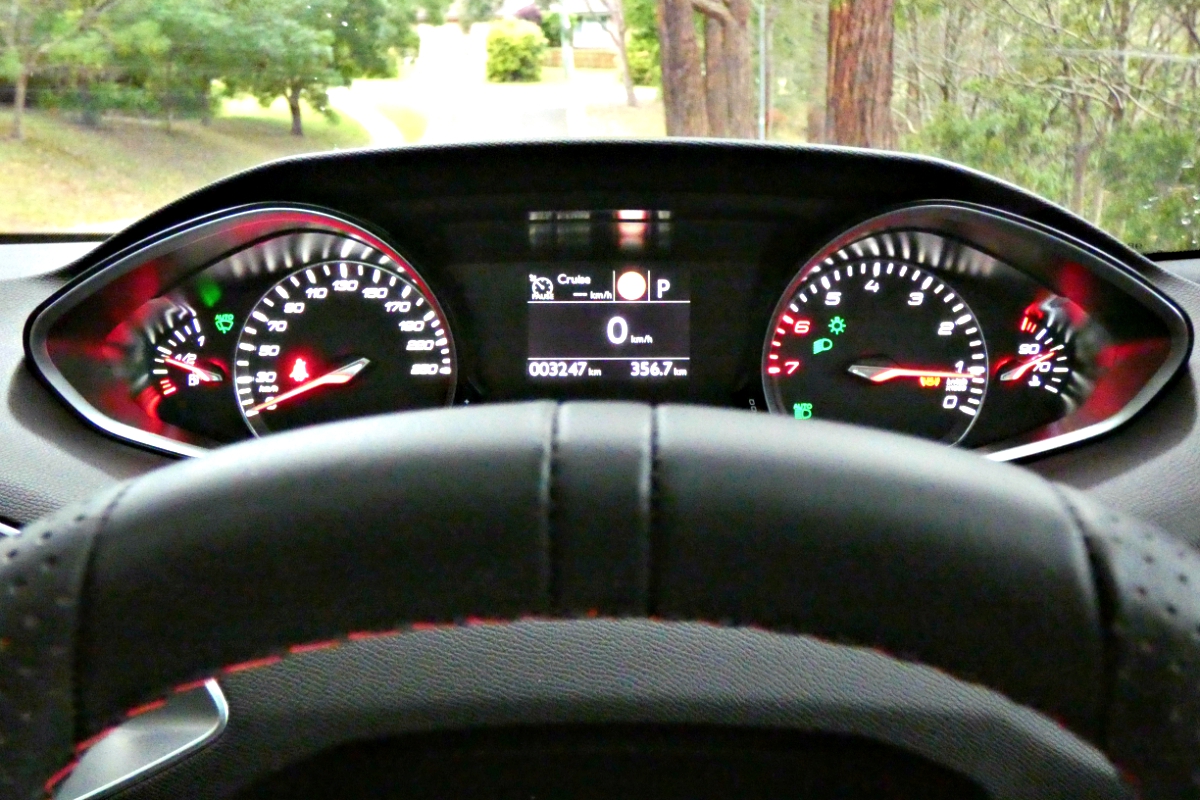 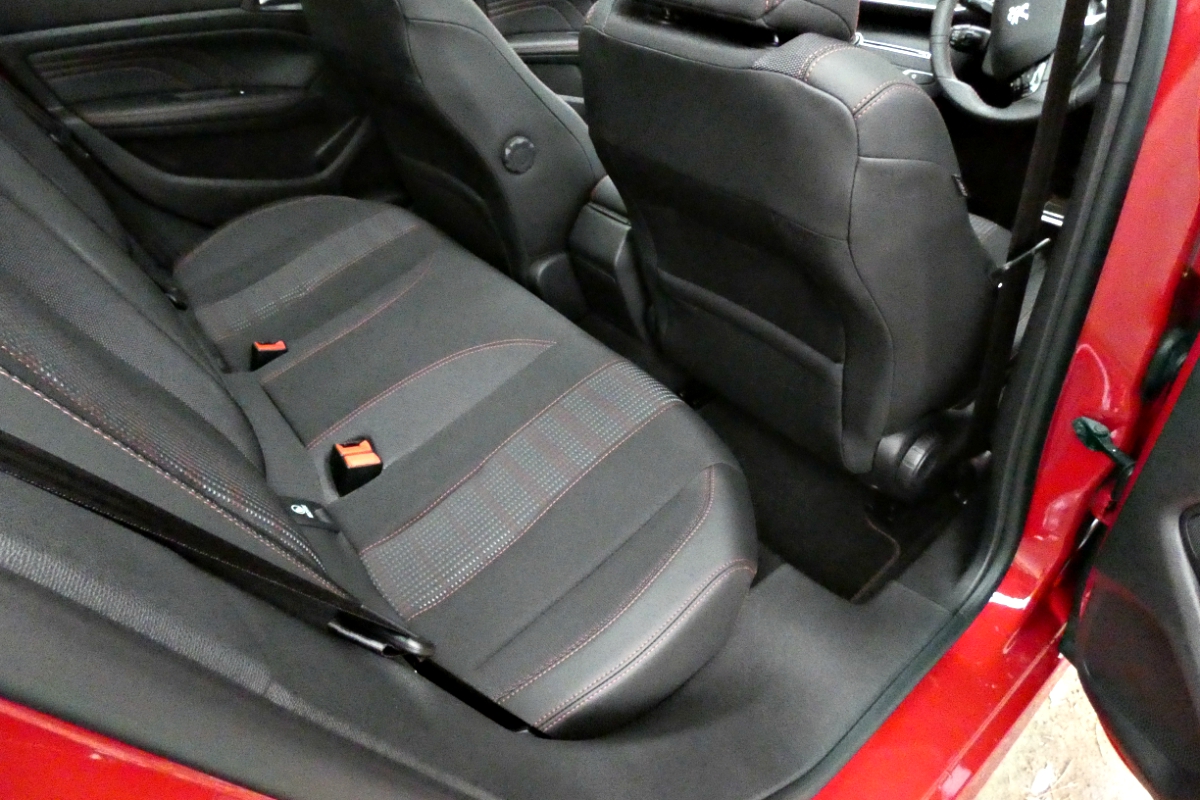 The 308 Gt-Line is a good looking, very liveable five-door hatch taht is sure to make a lot of people very happy.

With its French pedigree and sporty styling, it’s a car that will draw admiring glances and make you stand out from the crowd.

It also comes with a five year warranty, so there’s plenty of time to get it fixed if something should happen to fall off (only joking guys). 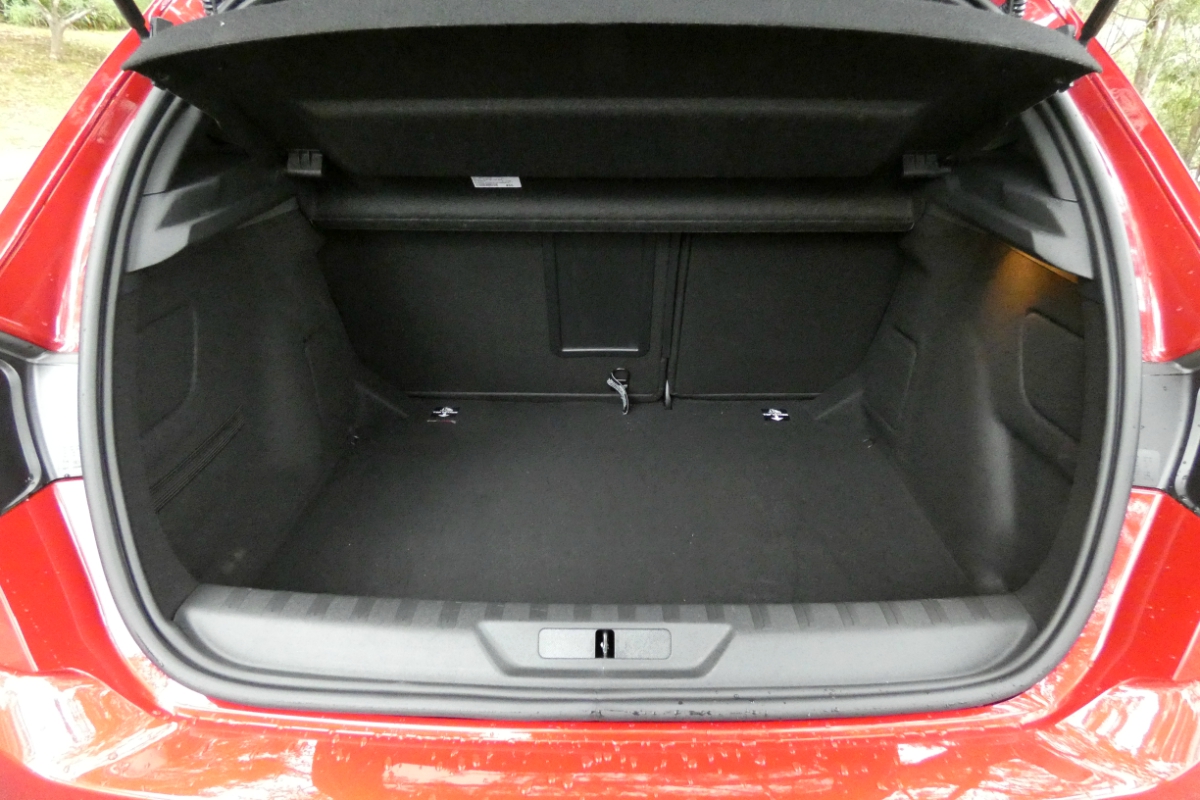