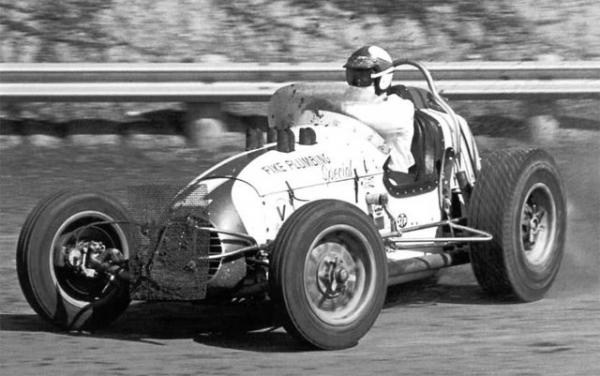 He is one of the most revered American race car drivers of all time, and this year marks the 55th anniversary of Rufus “Parnelli” Jones’ immensely popular win at the 1963 Indianapolis 500.

It was the penultimate time that a traditional front-engined Indy roadster would win the race before the smaller rear-engine cars took over the winners circle.

Jones’ early racing career was in the rough and tough dirt track world of California jalopies and stock cars.

In 1960 he hooked up with the Fike Brothers out of Phoenix, Arizona, and rampaged across the USA in their Chevrolet-V8 powered sprintcar.

Jones was one of the many hungry young cowboys eager to get to Indianapolis Motor Speedway.

The deal was simple. Spend your year pitching sprintcars into the turns at all manner of dangerous and malevolent speedways, mostly on dirt and sometimes on the pavement.

Win a few, and you might well be rewarded with an invitation to part of the select group of 33 — those with the right stuff — who drove the 500 miles on Memorial Day.

The price paid was high.

No seat belts to speak of, either.

Guys died in grinding, fiery crashes all too often.

The tracks on which this gladiatorial combat was played out were just plain lethal and the most feared of all were the three, high-banked, half mile pavement tracks known as the Hills of death —Salem, Winchester and Dayton.

With corners banked at over 30 degrees the three Hills vied for the honours of being the fastest race tracks in the world.

Of them all, Salem was the most ferocious. The speeds were, and still are, incredible.

In 1962 the sprinters turned the half mile in about 15 seconds, topping about 150mph along the short straights.

Spin out over the top of this place and it was a TWO storey drop into the surrounding cornfields.

Jones was known for his dislike of the Hills, but success there helped him get his Indy rides.

Jones was the Indy rookie of the year in 1961 and in 1962 he shattered the speedway’s qualification records, being the first to average over 150 MPH.

He quit driving sprintcars in 1966 to “save my ever loving neck “as he is quoted as saying often and loudly, and then focused on road racing, NASCAR and Indy cars.

Today, Jones is the oldest surviving winner of the 500.

CHECKOUT: Tale of models, mobsters and the mysterious Mr Boyle