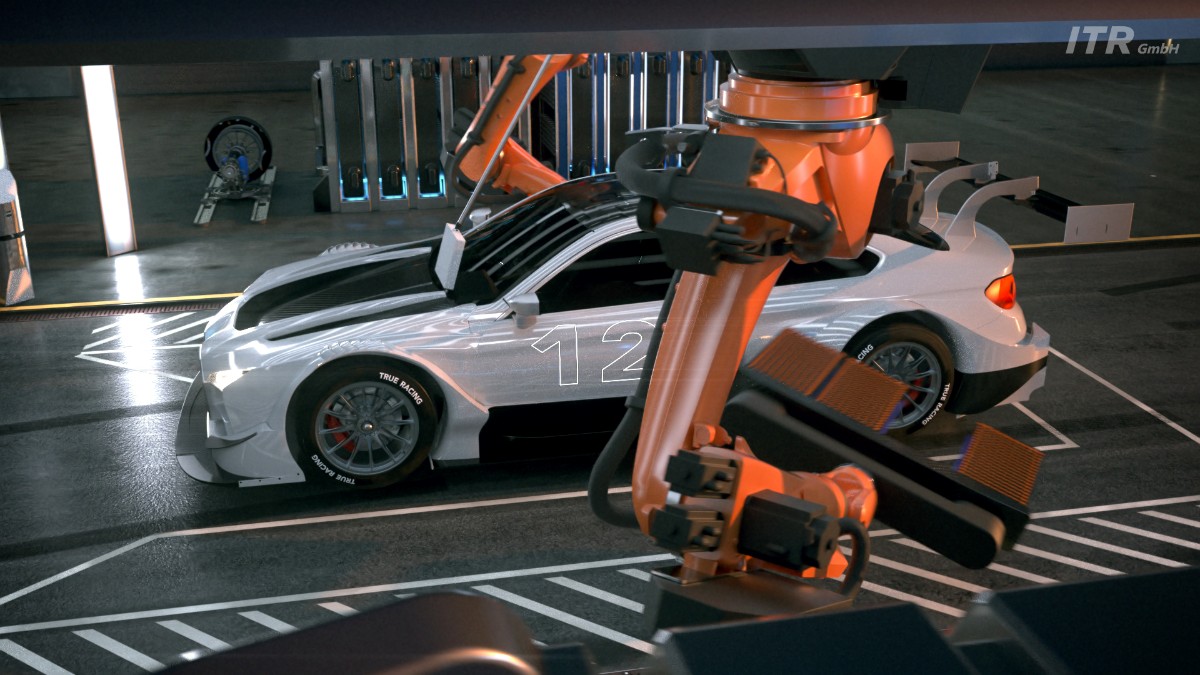 Home
Charging ahead
Parallel electric series with robots for DTM

Future DTM race cars could be powered by hydrogen-fuelled electric powertrains that produce more than 750kW.

It’s part of race promoter ITR’s spectacular vision for the future of the touring car series in Europe.

DTM has thrilled millions of fans for 35 years across the world and has become Europe’s premium Touring Car series.

Today’s cars are far from production-spec, however, constructed from carbon-fibre, equipped with state-of-the-art aerodynamics and fitted with powerful 450kW turbocharged engines.

Now, ITR has turned its focus towards creating a visionary new electric-drive series, which could run alongside DTM, providing manufacturers with an unprecedented opportunity to design and develop its own high-performance electric vehicles of the future.

The concept envisages the supply of energy from two different sources: regular battery, already used in many electric/hybrid vehicles, or fuel cell technology, which transforms hydrogen into electrical energy.

Pit-stops would also be revolutionary, with large industrial robots replacing wheels, as well as removing and replacing battery packs or hydrogen tanks located in the car’s underbody.

Over the course of a 40-minute race, each car would require a mandatory stop for fresh power.

With a high-performance electric powertrain, these futuristic race cars would be capable of power outputs exceeding 750kW for brief periods of time and achieving top speeds in excess of 300km/h.

“This is a courageous and innovative concept,” ITR Chairman Gerhard Berger, said.

“You have to look far ahead if you want to shape the future of motor sports and offer racing with alternative drive systems that inspires the fans.

“It is obvious that manufacturers who want to become involved in motorsport are increasingly focusing on alternative drive concepts.”

CHECKOUT: Tianmen tilt from behind the wheel