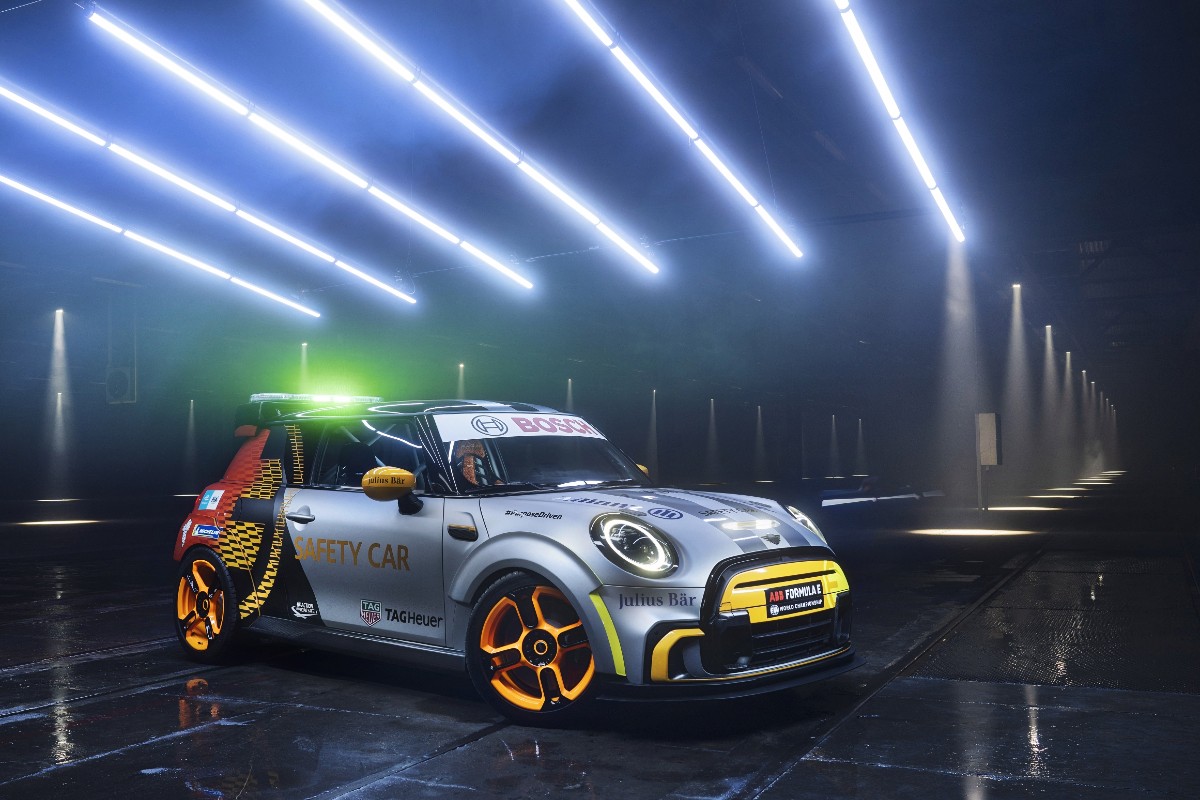 The Mini Electric Pacesetter inspired by JCW is set to make its debut in Rome on April 10.

It’s the new Safety Car for the ABB FIA Formula E World Championship race series and will make its first appearance in Race 3 of the second event of the Formula E season.

At the wheel will be official FIA Formula E Safety Car driver Bruno Correia, as BMW i Andretti Motorsport drivers Maximilian Guenther (GER) and Jake Dennis (GBR) battle it out for victory in their BMW iFE.21 racers.

Pacesetter is based on Mini Electric Hatch, but with enhanced performance and less weight.

The blanked off radiator grille and Mini Electric logo point to the electric heart of the Safety Car.

As virtually no drive system cooling is required through the upper area of the grille, the front end has been largely enclosed to aid aerodynamics.

The interior of the Pacesetter has been stripped back to the bare essentials; only the front seats remain.

Even more important for a Safety Car are the mid-range figures.

Here, the Pacesetter displays the talents of its torque-rich electric drive system with single-speed transmission, delivering 80-120 km/h in just 4.3 seconds.

Finally, four-piston brakes and Michelin 245/40 R18 Pilot Sport rubber provide plenty of grip to round off the handling package.

These are the same tyres fitted to the front wheels of Formula E racing cars.