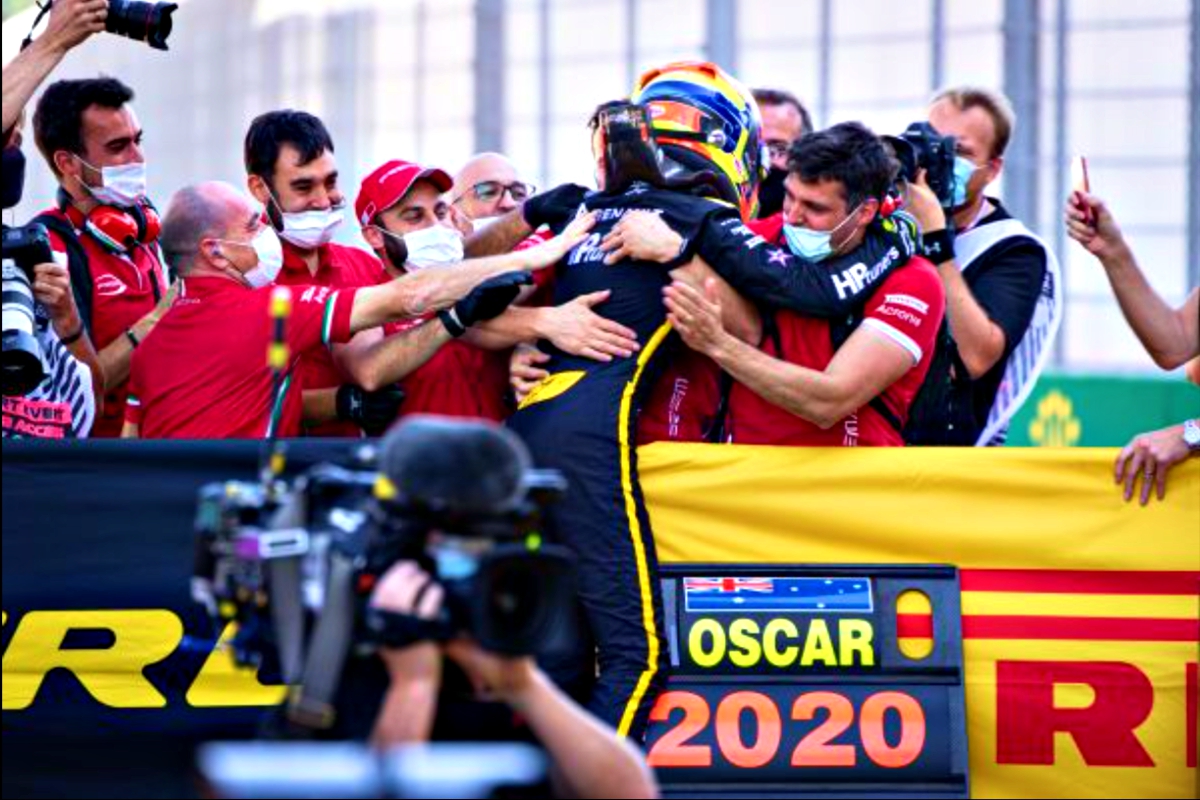 The 19-year-old Oscar is the latest in a line of talented junior drivers to join the Renault Sport Academy, a program that aims to find and nurture young racing drivers through the junior racing championships.

The overall aim is to put an Academy driver in the Formula 1 race seat, as was the case with Daniel Ricciardo.

Oscar capped a strong year in a nail-biting final two races of the 2020 FIA Formula 3 season to secure the championship in his rookie year by three points.

He ended the short, frantic, 2020 season with two wins and six podiums to his name and became the first Australian driver to secure the FIA Formula 3 title.

That achievement opened the door for him to join the Renault Sport Academy at the start of 2020.

“It’s been a fast season, not the most straightforward, but we did just enough in today’s race to seal the deal.

“Today’s race was chaotic. I had a really good start and I saw Logan [Sargeant] go off so I knew I had him covered.

“It’s not the way I wanted it to go for him, but I guess that’s the game.

“I’d like to say thanks to Prema Racing for all their hard work through the year, the Renault Sport Academy for their support and my sponsors. We’ll continue to push ready for the next challenge.”

“He has been the most consistent driver in the field this year and a hugely level-headed driver.

“These qualities will stand him well for the senior championships.

“It’s been tough for him not having parents in Europe for the whole year and he has put his trust entirely in us and his management.

“For the Renault Sport Academy it shows that the program is strong.”

Despite his youth, Oscar has a wealth of racing experience.

He started karting in 2011 before transitioning to single-seater racing in 2016 when he debuted in selected rounds of the 2016 Formula 4 UAE Championship.

He then raced in the British Formula 4 Championship, finishing runner-up in the Drivers’ standings after six wins and a further nine podiums.

A year later, in between school exams, he finished 8th in the Formula Renault Eurocup with three podiums before taking the 2019 title with seven victories from 20 races.

He joined the Prema Racing team for the 2020 FIA Formula 3 season, where he secured the Drivers’ Championship following six podiums and two race victories.

“I would like to offer our full congratulations to Oscar,” he said.

“His latest title brings even more credibility to the program as a whole and  demonstrates the robustness of the motorsport ladder, including Formula Renault Eurocup.

“We have seen it is a solid foundation for young drivers as well as an indication of driver potential.

“More than ever, Renault is dedicated to developing young talent and we look forward to pushing even further with our renewed commitment to the sport.”