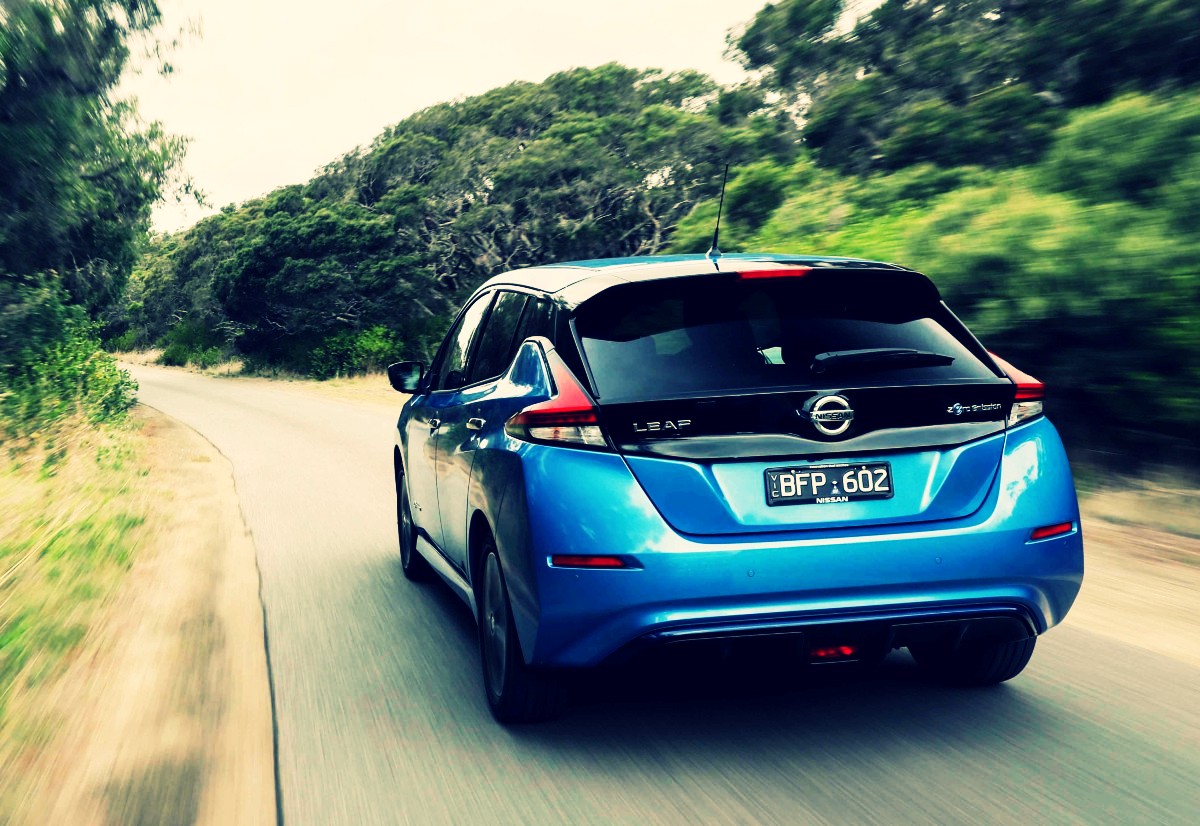 Nissan LEAF: Now for the applause

Home
Charging ahead
Nissan LEAF: Now for the applause 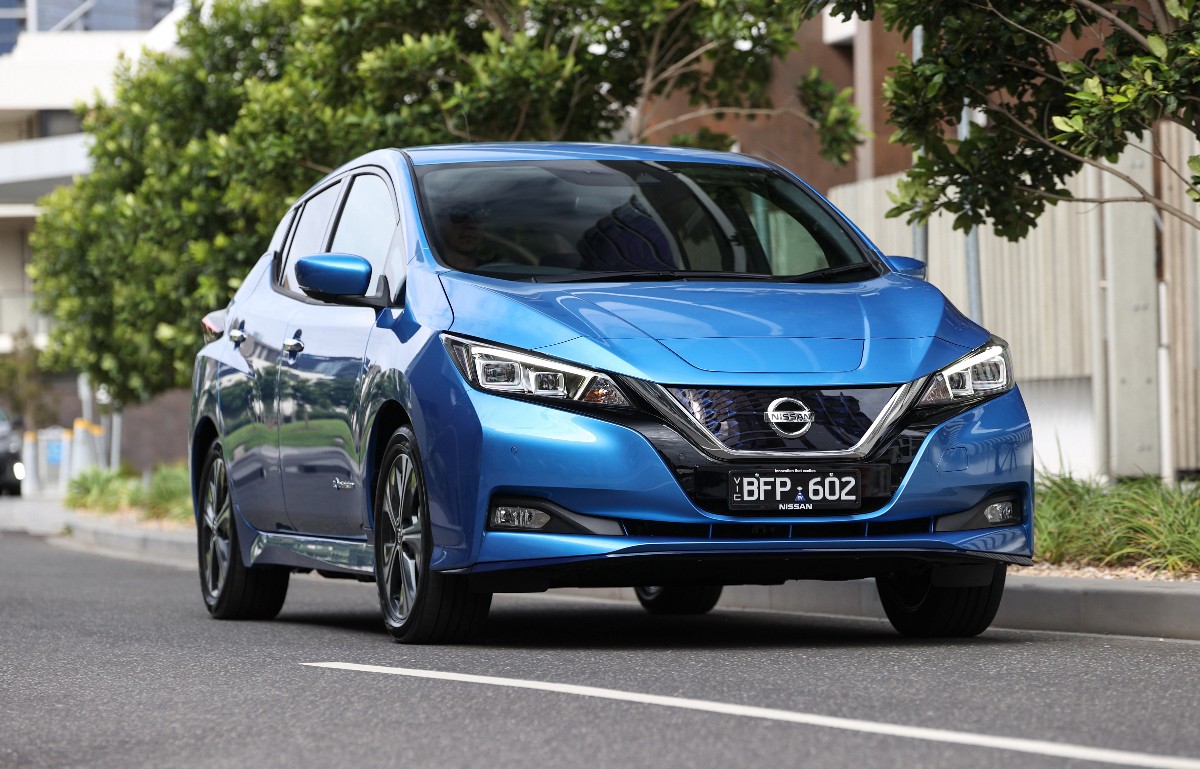 NISSAN’S LEAF is the pioneer of modern-age emission-free driving: the cute five-door hatch has been around for more than a decade and was the first to seriously take up the slack following the golden age of electric cars  that ran out of spark in the 1910s.

The LEAF is still going strong with more than half a million sales since it arrived in 2010, but rivals have lately come on the scene with models that can comfortably exceed the original LEAF’s driving range of about 260km.

But wait – there’s now also a LEAF e+, a more powerful long-range version that can go like the clappers and run for close on 400km without a re-charge.

That’s the one we’re scooting about here. 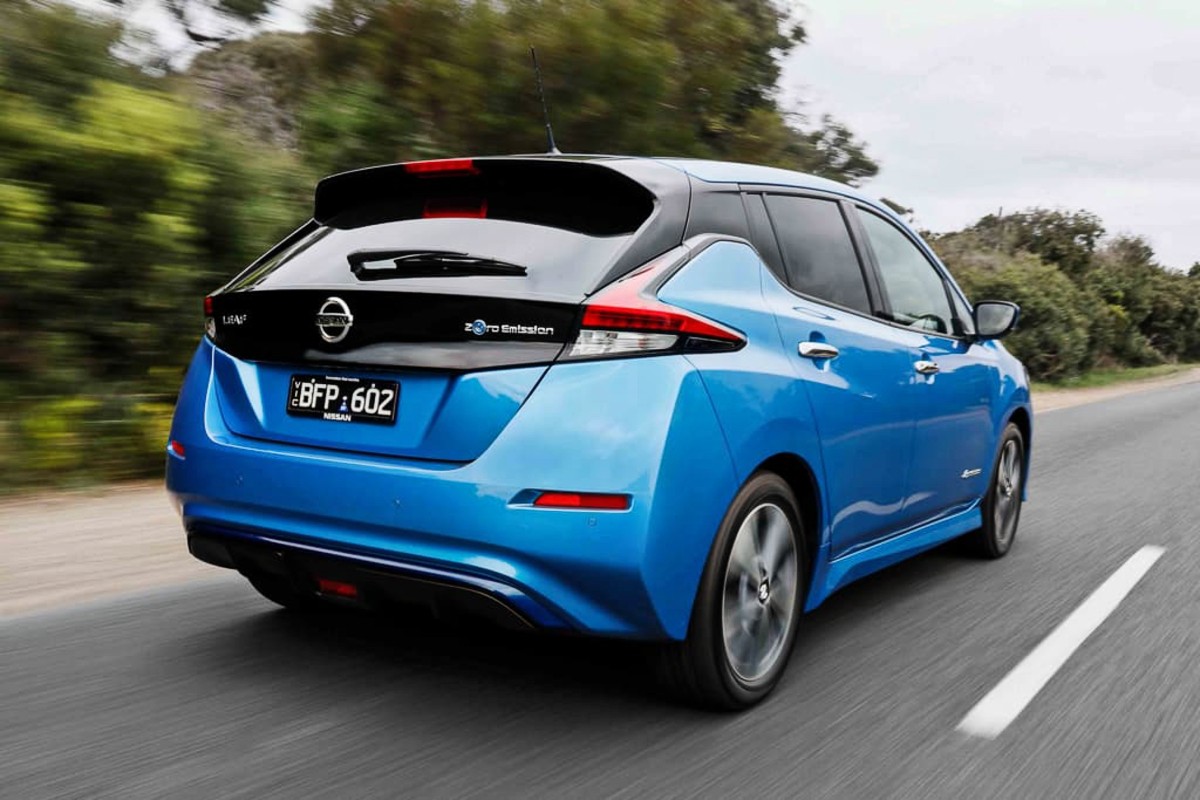 To tell an e+ from a non-plussed LEAF takes an expert eye: the sole visual difference is  a thin blue strip under the front bumper, which might be easily visible on a white one, but we had a blue car, which effectively camouflaged the tiger within.

The nearly $12K gap is due to a much bigger battery in the latter that lifts power from 40 to 62kWh and extra gear such as Satnav and reversing camera with predictive path, Apple and Android compatibility and a few other bits.

Standard equipment in the both however, includes auto-on LED lights and wipers, power-folding side mirrors with heating, 17-inch alloys and keyless entry and tinted glass in the back.

Of course, it’s whisper-quiet on the move and it comes with a seven-speaker Bose audio system. It’s a treat for music lovers.

There’s an easy to use 8.0-inch multifunction display, comfortable seating front and rear, both with heating, if you like a warm bum, and the steering wheel is also heatable if you’ve left your driving gloves behind.

Accommodation is impressive – you can wear a hat inside – and there’s a decent-sized boot as well, which can be more than doubled from its base 405 litres to 1176 litres with the 60/40 split-fold rear backrests folded.

Big cubby hole, or glovebox, too.

It’s a great car for the drive-in cinema, if any of those are still around, because the back seat is somewhat higher than those in front, so it’s like cinema-style seating: everyone gets a view.

In keeping with the ‘musts’ our times, there are door bins that can each hold a bottle, plus what used to be map pockets on the front seat backrests, not that anyone uses maps any more. But they do well to accommodate packs of potato chips or whatever.

For people who plug their phones and various other electrical thingos in their cars, there are USB ports and power outlets fore and aft. 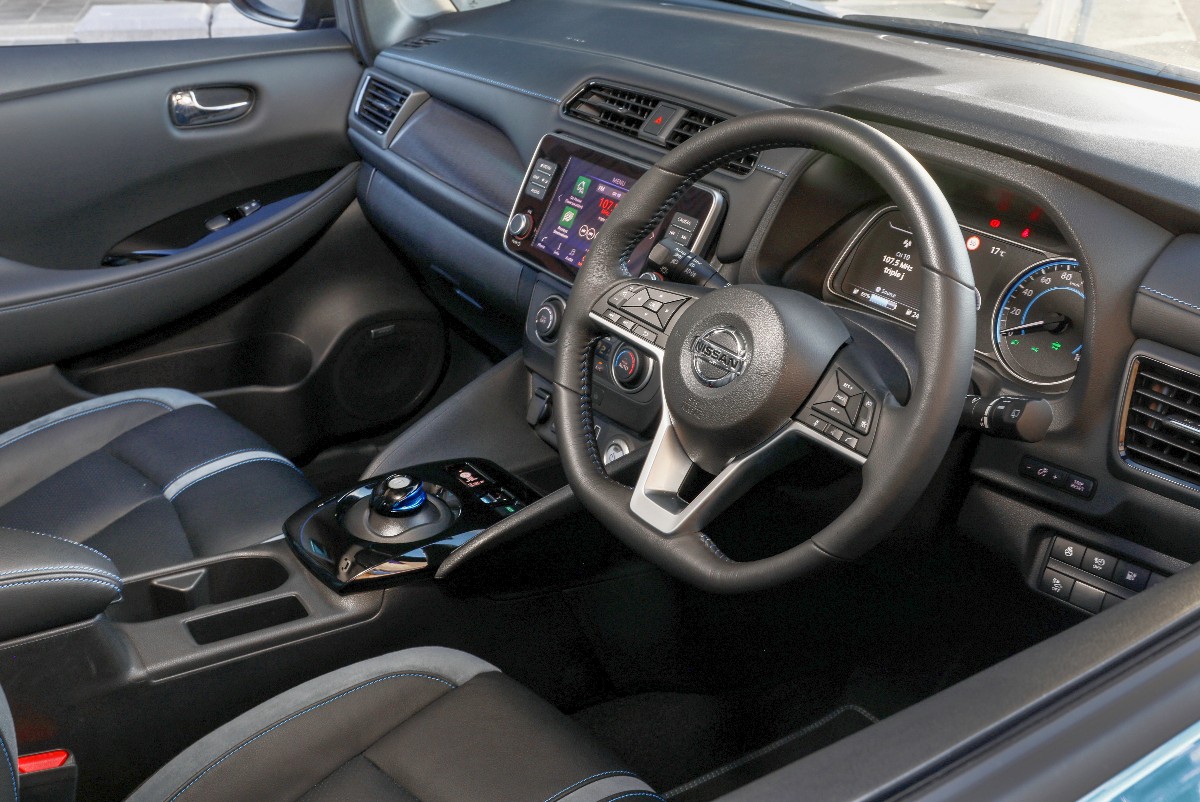 The extra distance offered by the e + should suit most commuters. We didn’t need to charge our car in the entire week we had it, despite cruising to a neighbouring city 100km distant and back and doing the usual suburban runaround to the shops on a daily basis.

Tackling a long trip shouldn’t be a bother either because you’ll always find a fast-charge station in any town or city, which will top up the battery to 80per cent in less than an hour, and if you can’t, well, just connect it to an outlet at a McDonald’s while you ample sections of their extensive menu there. Or book into a motel overnight.

The car has all the safety stuff de jour, such as autonomous emergency braking,  pedestrian detection, lane-keep assist, adaptive cruise control and the rest as well as blind-spot monitoring, surround-view cameras, parking sensors, and tyre-pressure monitoring.

The car handles surprisingly well, considering  its big battery, which weighs 140kg more than the one in the standard LEAF, and it the selectable and delightful  ‘e-Pedal’ function which charges the battery whenever you lift your foot from the accelerator.

Using that, you can easily drive without actually using the brake pedal, a feature I thought was excellent in that it keeps drivers wide awake and adds fun to any drive.

There three settings for it, two quite subtle and still able to stop the car, but the best, in my opinion, is the aggressive e-Pedal, which effectively enables one-pedal driving.

Ride comfort is good too, as is build quality. 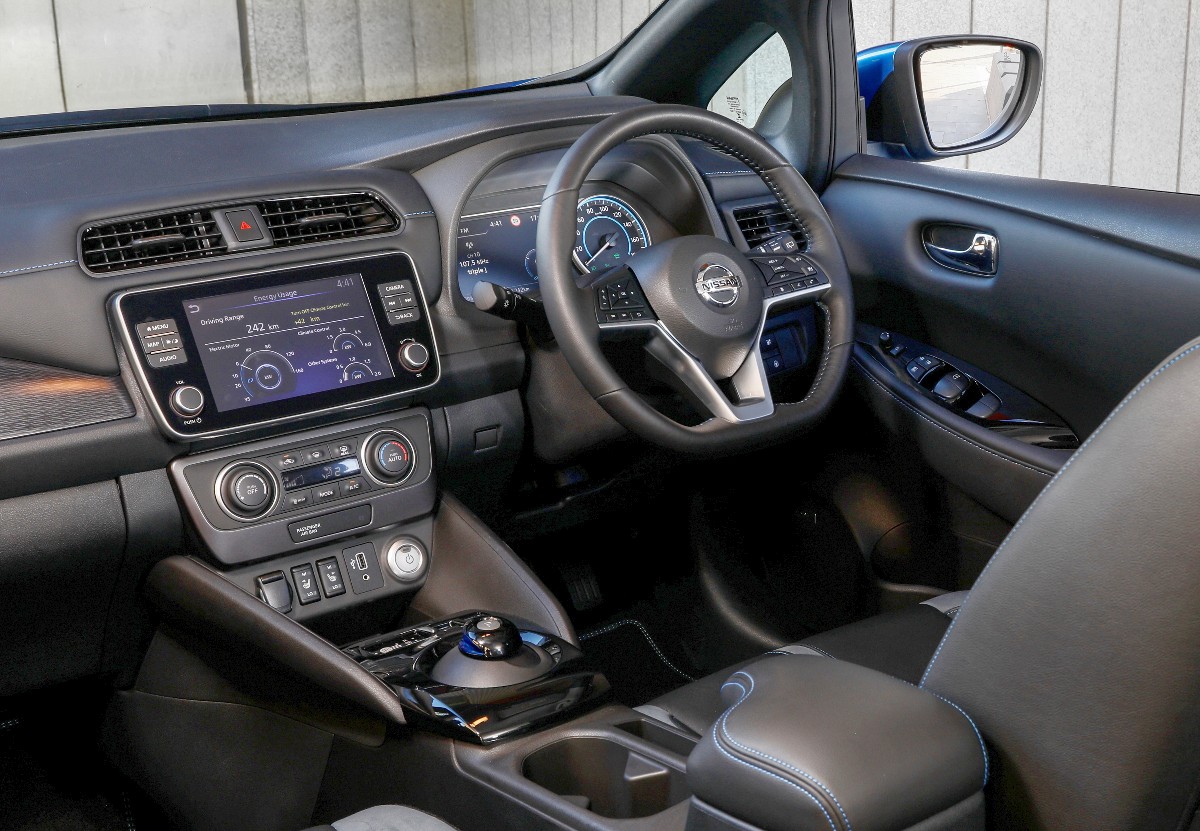 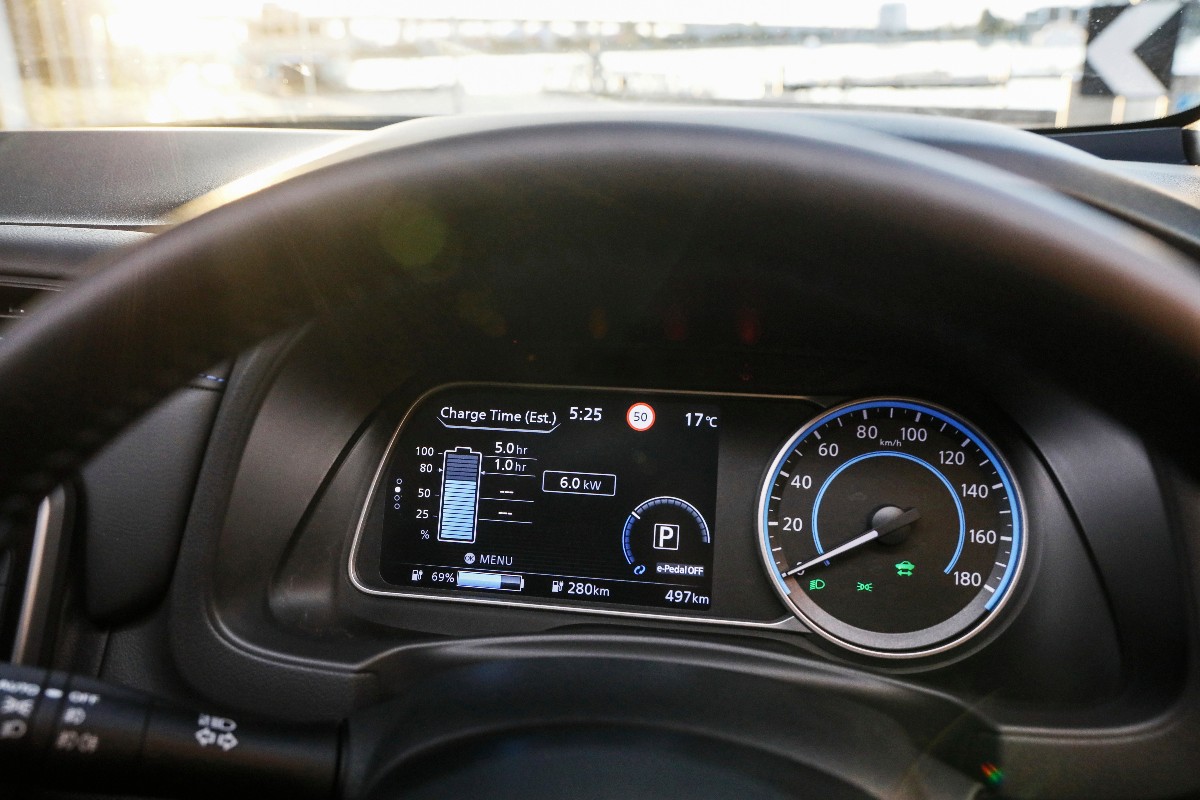 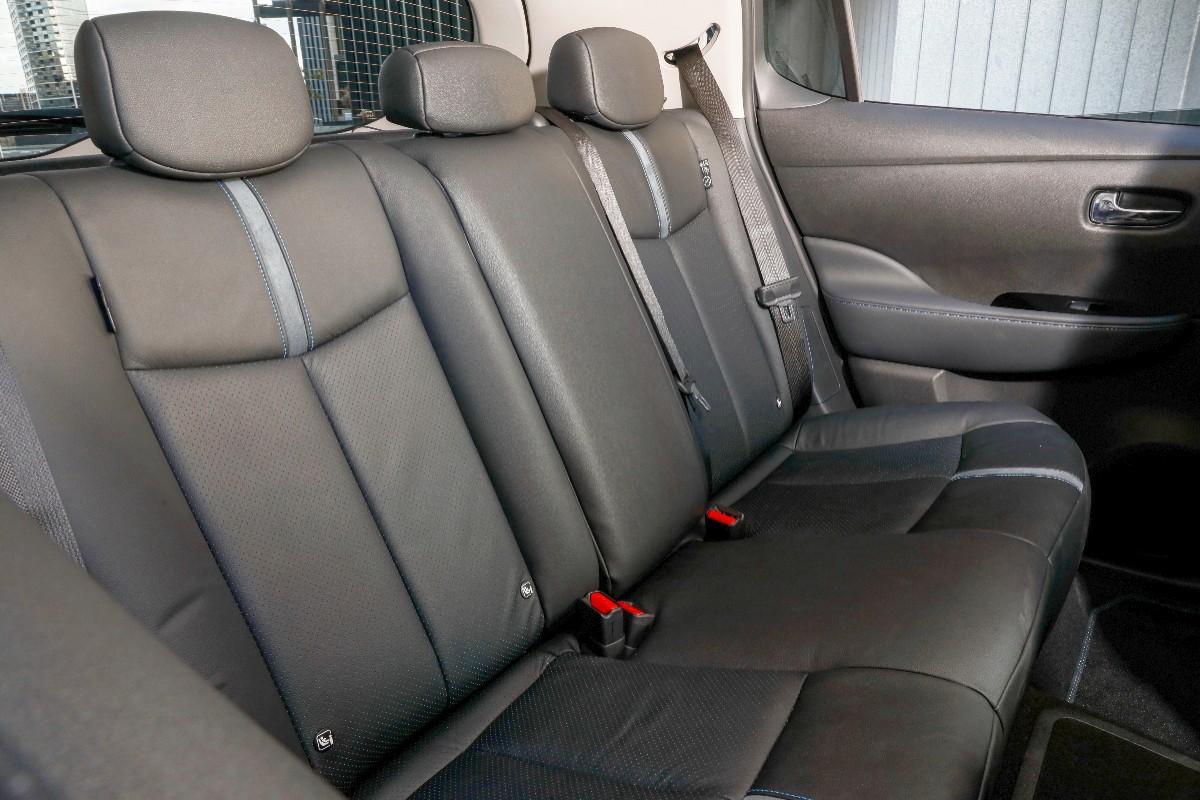 I called it an Aldi car. Good, different. The e+ is a lot better to drive than the regular LEAF, but it costs a fair bit more. 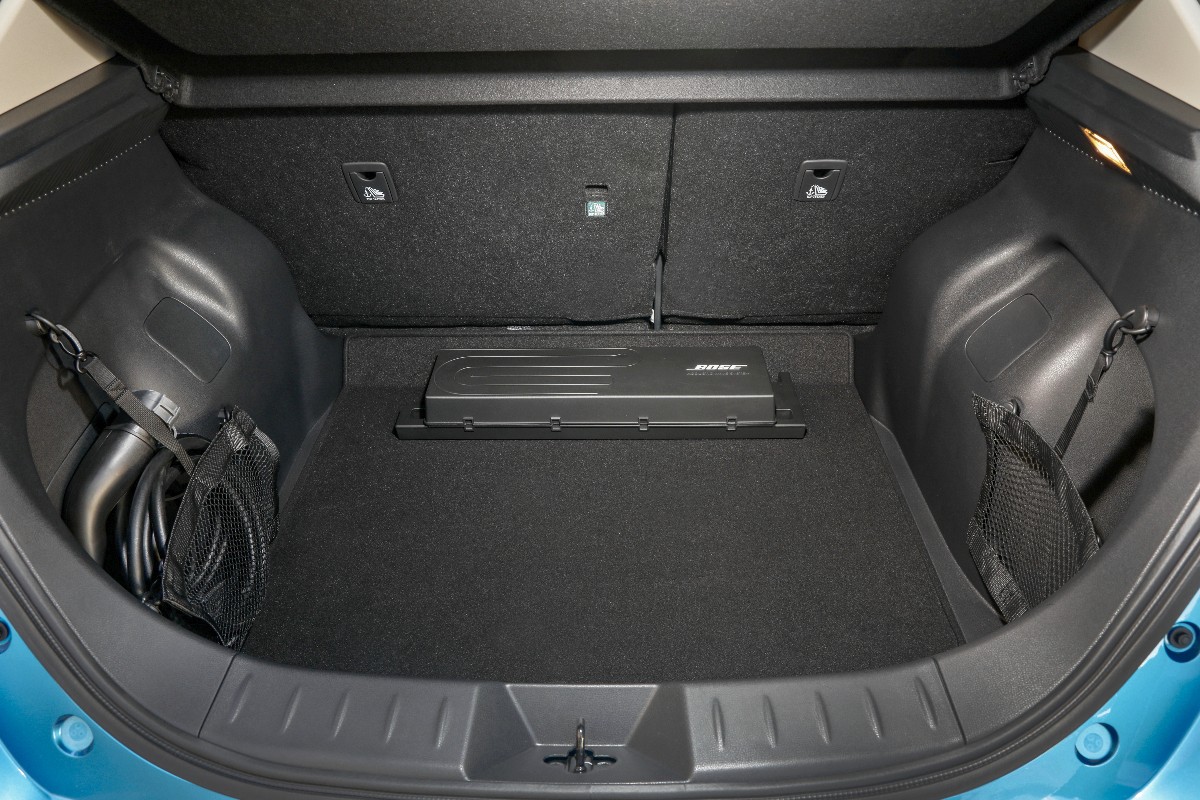 Check out deals on the Nissan LEAF