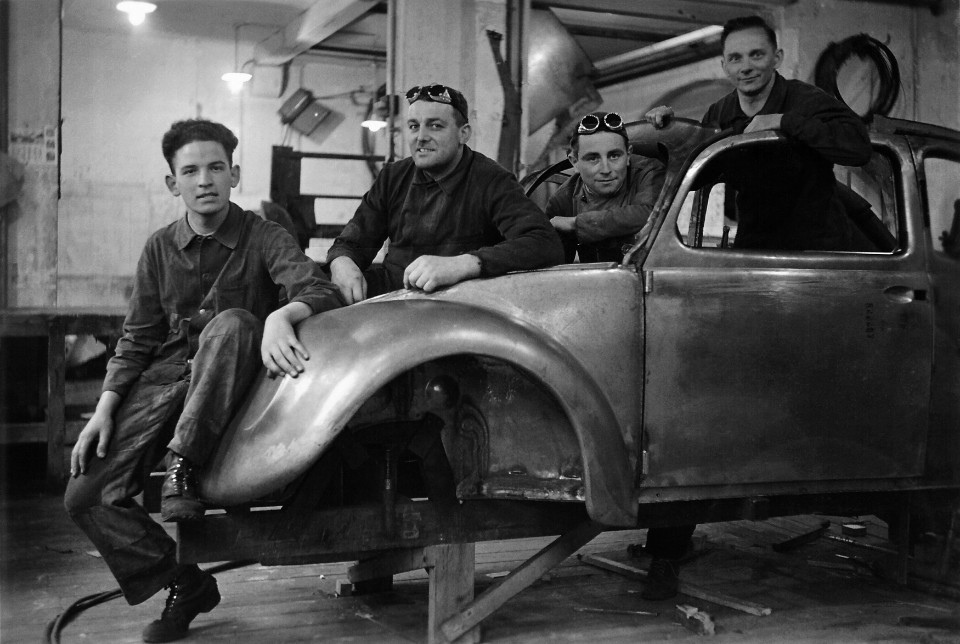 Name behind the behinds of millions

Home
Wheel life
Name behind the behinds of millions

TAKE a seat in any classy car and you’re more than likely to have your bum held in place, firmly and in comfort — by a Recaro.

The brand is synonymous with sports, racing and luxury cars and has long been original equipment on Porsche, Aston Martin, Audi and such like — plus a plethora of others.

Scores of enthusiasts worldwide have also turfed out whatever seats their car had, in favour of Recaros.

What’s not so well known is the considerable collaboration between the seat maker and Porsche.

It spans 70 years, but the connection between the two companies goes back a lot further — right back to the early years of the motor car.

Recaro started off as Reutter, a coachbuilding company founded in Stuttgart in 1906 by Wilhelm Reutter.

He built superb horse-drawn carriages, but saw the swing towards motor cars and was quick to explore aluminium as a weight-saving material for car bodies.

He was a forward-thinking chap who soon established contact with the chassis and engine makers of the time, and won contracts with leading German car makers Daimler, Benz, Wanderer, BMW, Opel, Adler and Horch.

Another German engineer of the time was Ferdinand Porsche, who had founded his own engineering and design office in 1930.

Porsche knew Reutter from years back and appreciated the excellence of his work.

His team designed engines for various clients, and from 1931, Porsche had most of the bodies for them built by Reutter.

At the end of the 1930s, the flourishing company was bursting at the seams of its location in Stuttgart and in 1937, had brought a new production facility online in Zuffenhausen.

Just one street away was Porsche’s engineering office and the good collaborative spirit established in the previous years proved decisive.

Ferdinand Porsche went to Reutter to have the prototype of a new car built — in secret.

It started off as a one-off version of a Wanderer, but developed as prototypes for a new ‘people’s car’ or Volkswagen.

Reutter produced 40 cars for testing and development, one appearing at the 1939 Berlin International Motor Show.

But it was not until after WWII that the VW Beetle became an automotive icon, and remained basically unchanged until 1959.

By the time production ended in Brazil in 2003, nearly 22 million VW Beetles had been sold worldwide.

More than just the bodywork, Reutter also made the seats and interior trim, installed the heating and electrical systems, and did final vehicle inspections before the cars were offered for sale.

Every 356 built by Reutter is identified by two small body badges featuring the horseman on the Reutter Karosserie mark: one on the inner side of the A-pillar, the other on the outer right side between the wheel arch and the door.

In late 1961, Porsche went to Reutter to produce coupe and cabriolet versions of a new car body, a successor to the 356.

Codenamed T8, the car emerged as the Type 901, which was nicknamed Sturmvogel (Storm Bird) because the first prototype had snow-white paint.

In the run-up to production, Porsche bought Karosseriewerk Reutter, acquiring the production facilities in Zuffenhausen as well as the 950 employees and their car-building expertise.

The other 250 Reutter employees continued to produce seats as a separate company and called itself Recaro, the name derived from the first few letters of Reutter and Carosserie.

The company operates from seven locations in six countries, Germany, the US, Poland, Slovakia, Mexico and Japan.

Millions of motorsport folk, aircraft and train passengers and babies would happily agree.

CHECKOUT:  Mrs Ford drove EV (but it wasn’t his)