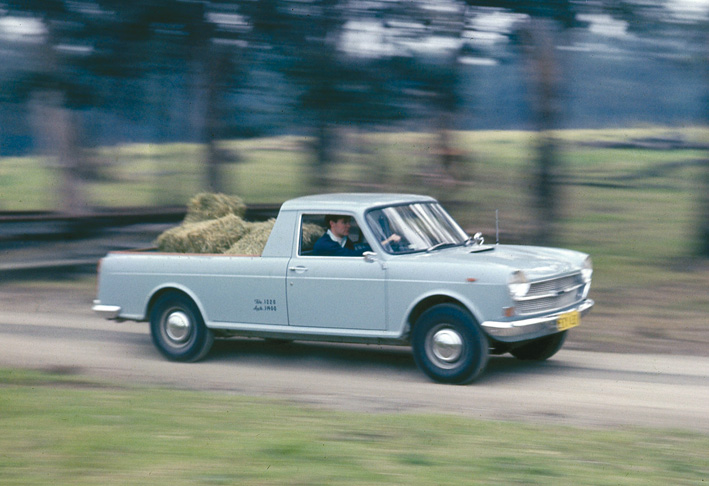 My father changed cars as often as undies

My father changed cars just about as often as he changed his undies, or so it seemed.

He was always bringing home his latest discovery, having off-loaded the previous one at some tiny car yard somewhere.

Standouts included a Fiat 500 Bambino, Morris Woody wagon, Mini panel van, VW Microbus with the hinged side doors, and an EH Holden wagon with mags — the list goes on. I guess that’s where my interest in cars stems from?

Going back to the beginning, however, readers might remember our story about Kev’s first ever car — you guessed it — a Riley sports car.

The woman pictured with my father in a photo of that car, taken 60 odd years ago, spotted it after it appeared Qld newspaper — back when I worked for newspapers.

One of the many treasures my father brought home for the “family” in our years together as a family was the ubiquitous Austin 1800.

When it arrived here just over a year later in November, 1965, it was famous among other things for its flat, wide-bodied stance and cavernous interior, with bench seats that accommodated up to six people.

Designed by Alec issigonis (the same bloke who penned the Mini), the Austin 1800 followed the same basic design concepts pioneered by the Mini and 1100 models (we had both of those cars too).

It had a transversely-mounted engine and transmission, front-wheel drive and ‘Hydrolastic’ suspension with ‘‘a wheel at each corner’’.

Like many of the models from the company from the time — it floats on fluid — with a teardrop transfer (that’s what they used to call them) on the rear window attesting to the fact.

The system replaced the springs and dampers of a conventional suspension.

The 1800 was a new car from the British Motor Corporation (BMC) and did not replace any model in the existing Austin range.

The water-cooled, overhead-valve, four-cylinder engine produced 63kW of power at 5300 rpm and maximum torque of 134Nm of torque at 2100 rpm.

Under favourable conditions, petrol consumption was rated at about 9.4L/100km.

The 1800 was a medium-sized family car that offered silent, high-speed cruising, unsurpassed road holding and cornering, excellent luggage space, and built-in safety — and longevity from what was then probably the strongest body shell ever planned for quantity production.

Three-point seatbelts were fitted as standard for the driver and front passenger, with seatbelt mounting points at the rear.

The disc/drum brakes were power assisted with a ‘‘G-conscious’’ valve to prevent rear-wheel locking.

The east-west engine meant more interior room in a car that is only 4.17m long, with 70 per cent of the overall length devoted to passenger or luggage space.

There was no air conditioning in those days but a heater demister was fitted, with fresh air vents for driver and passenger.

The car also had what BMC described as a ‘‘Camping body’’ with a split-fold front bench and a slide and recline rear seat that formed a makeshift bed.

It was a good idea to watch out for the floor mounted gear shift though.

A three-speed auto version of the 1800 was released in February, 1968, and a ute that was unique to Australia followed in July that year.

The much improved Mark ll version of the Aussie Landcrab was released on October 25, 1968.

In Australia there were at least three panel vans produced for the Navy, that were used as ambulances, and an Austin 1800 campervan conversion.

The Australian model was built at BMC’s Sydney plant in Zetland.

Production ceased in 1970 with the introduction of the replacement Tasman and Kimberley cars, with a total 56,918 examples produced over its five-year run.

Testing for local conditions resulted in several changes for the Australian model.

The wheels were also replaced with locally designed and made units as the original units were considered not strong enough for our deplorable roads.