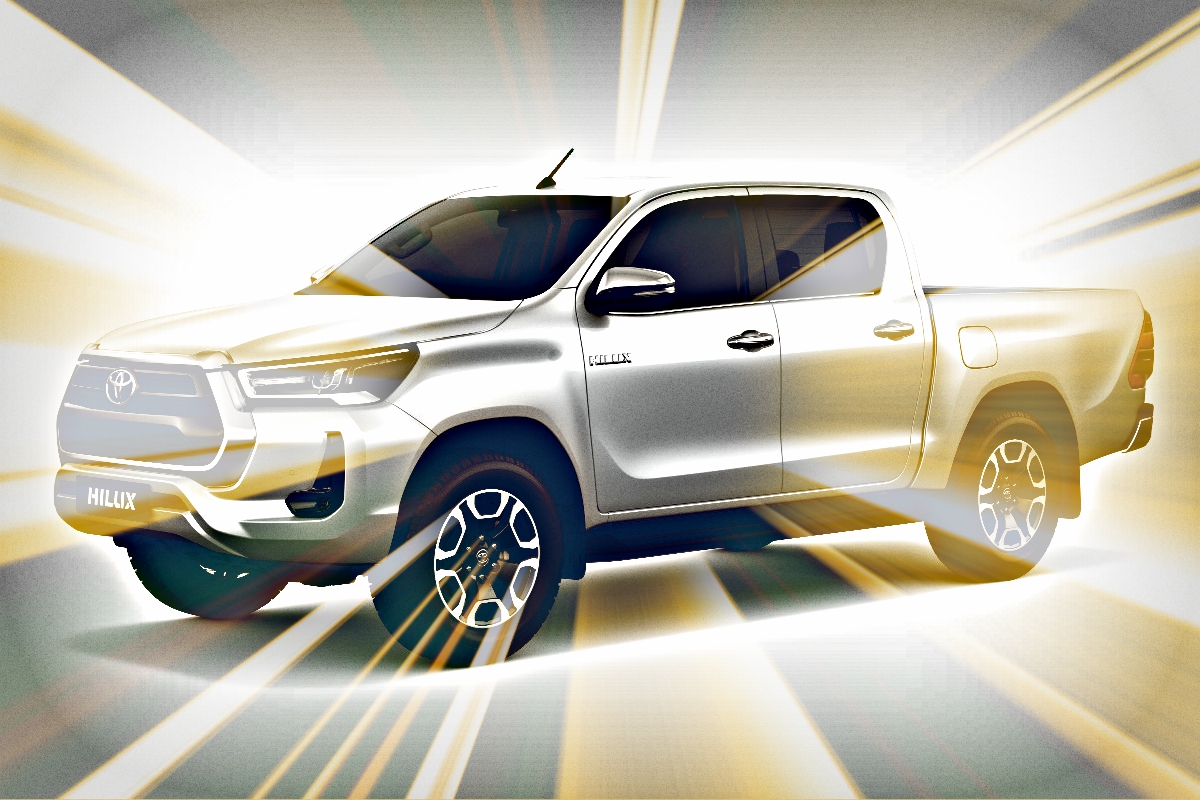 Just when you thought it couldn’t get any better, Toyota Hilux is back with more power, more torque, and more reasons to buy one — at least Toyota hopes so.

The updated Hilux arrives late August, with more power for the range-topping 2.8-litre turbo diesel, thanks to revised componentry and enhanced cooling.

Hilux is Australia’s best-selling motor vehicle, having topped the sales charts on many occasions.

No mention of the auto, which suggests it stays at 6-speed (lagging behind the competition).

Fuel consumption, meanwhile, has been improved by up to 11.1 per cent, while accelerator response has been tuned to deliver greater driver control.

The 2.4 litre diesel and 2.7-litre petrol four carry over with no change in their outputs.

“More than ever, Australia’s favourite ute will inspire go-anywhere confidence for customers who rely on it as a load-carrying and trailer-towing workhorse for doing their jobs,” he said.

“Equally, the latest changes will advance Hilux’s credentials among customers who demand the handling, ride comfort and convenience of an SUV.”

Suspension upgrades include revised shocks, new bushings and improved leaf-spring design which it is claimed provide a more comfortable ride, particularly over rough roads and with low loads.

In 4×4 models with downhill-assist control, an additional traction control feature in 2WD mode reroutes torque to assist grip in muddy or grassy conditions such as worksites.

Tow capacity for automatic 4×4 versions – including new double-cab-chassis Workmate and SR5 derivatives – has been upgraded to a maximum of 3500kg to match manual versions.

A stronger on-road presence is achieved through the use of a large trapezoidal grille that dominates the front.

It incorporates more pronounced horizontal elements that give the ute a wider, more planted look.

Grille surrounds differ from grade to grade, while newly designed headlights are smaller and “meaner” looking, with LEDs for higher grades.

Inside, all models get a larger 8.0-inch display screen with enhanced voice recognition and the latest smartphone functions, including Apple CarPlay and Android Auto.

A 4.2-inch multi-information display adds a digital speedo, among other things.

Personalisation remains a hallmark of the range with a wide range of accessories that allow customers to tailor their vehicles to their requirements.