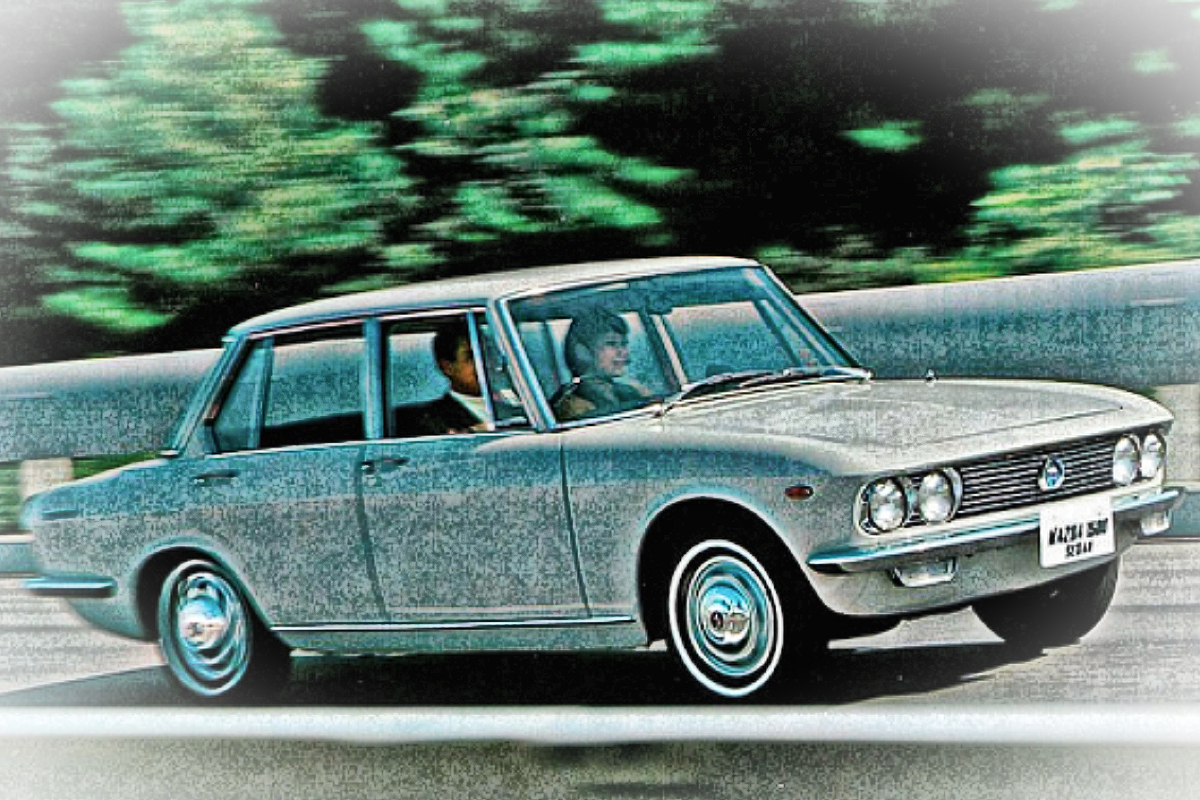 Home
Wheel life
Luce in the sky with diamonds

THERE were Porsches, Mercedes, Jaguars and many other exotics at Shannons Summer Auction – but one of the stars of the event was a comparatively humble 1969 Mazda ‘Luce’ 1500 SS sedan.

And then there was the sadly neglected 1958 Porsche 356A, a ‘barn find’ which presented like a car from a Rocky Horror movie — but fetched an astounding $230,000.

Many other interesting cars, motorbikes, number plates and memorabilia went under the hammer, but the little Mazda was among the specials.

The car, finished in the unusual shade of Canard Blue, was in better than new condition and had covered a mere 44,000 miles in its 51 years.

The owner, who has since died, clearly loved his car dearly and fitted it with a variety of goodies, such as  twin chrome bullet exterior mirrors, a driver’s window wind deflector, a front nudge bar, a set of bumper-mounted fog lights, mesh headlight stone guards, factory mudflaps front and rear, a towbar, and a rear window venetian blind.

Under the bonnet the engine’s rocker cover, radiator fan shroud and air cleaner had been chromed and the front disc calipers and rear drum brakes finished in red.

The cabin was equally impressive, its black vinyl trim still good as new, likewise the carpets and roof lining.

The only variation from factory was a sports steering wheel and a compass mounted on the dash ahead of the passenger.

The package came with all the original parts that had been removed, plus two different Mazda 1500 workshop manuals and a large folder including period pictures, original brochures, and a pile of receipts.

“This is an amazing car that should be a serious candidate for the Mazda museum,” Shannons said.

There was an okay-looking 1962 MGB, but it had an Australian-made Austin 1800 engine and ‘issues’ underneath.

Someone figured it was worth fixing, and paid $9200 for it.

The ‘barn find’ Porsche 356 had been left parked under a church in Brisbane for 25 years.

At some point early in its life the original Super 1600 engine failed and a period correct replacement unit was installed.

Next, an invoice from Maxim Motors in the Brisbane suburb of Bowen Hills showed it was bought by its long-term owner for the princely sum of $912 — including a $250 trade in for her 1956 Volkswagen Beetle — and remained in the same family ever since.

At some stage in the 1990s ownership transferred to the owner’s son and the car ended up being under a local church in Brisbane from 1995 until 2020, hence the deterioration.

But its odo shows just 12,482 miles.  It sold unregistered, but came with a jack, hammer and spare Rudge wheel plus the original handbooks — and fetched more than double Shannon’s gave guiding price of $90,000-$120,000.

Originally registered in The Netherlands, this 1928 BMW R62 was one of an estimated 100 or so survivors world-wide and believed to be the only example in Australia.

There were a lot of early number plates on auction too, with a three-digit one, NSW 263, realising $195,501 (goodness gracious).

A few cars, including a 1952 Cadillac convertible were passed in, but overall it was an incredible sale, with most of the cars, bikes and bits of memorabilia reaching exceptional prices.