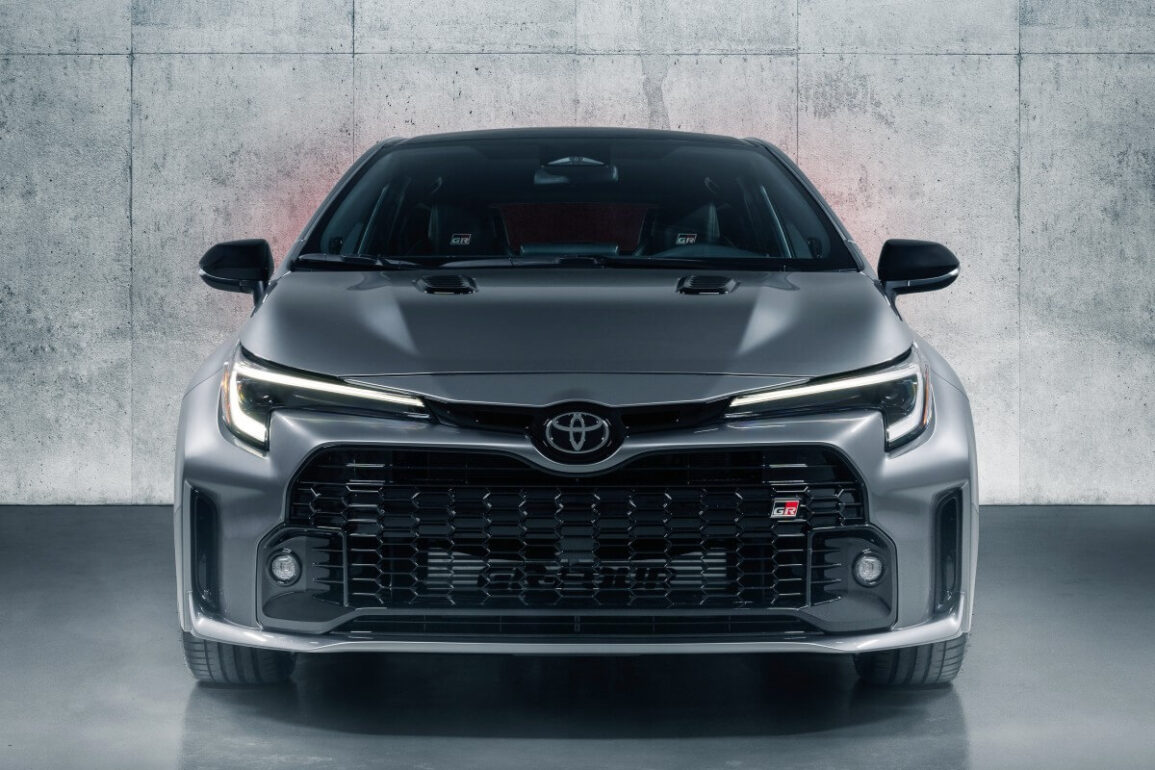 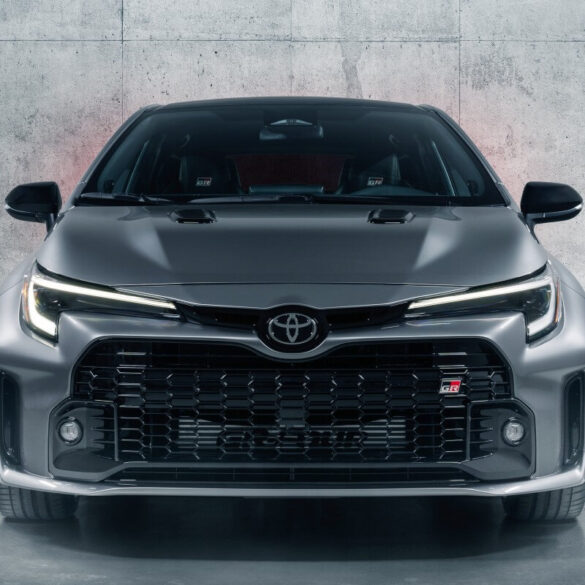 Corolla is and has for a long time been the best selling car in the world, but could not be described as an excitement machine.

That all changes with the 220kW GR Corolla, set to arrive towards the end of the year.

Corollas will never be the same again.

GR Corolla will be the fourth GR sports-car model to be launched in Australia, joining GR Supra, GR Yaris and the upcoming GR86.

Its performance credentials include a strengthened version of the homologation-special three-cylinder GR Yaris engine, as well as the GR-FOUR all-wheel-drive system, front and rear Torsen limited-slip differentials and six-speed manual transmission with a short-stroke gear shift lever.

A valve-equipped triple-exhaust muffler improves airflow, unleashing maximum output of 220kW from the intercooled turbo engine, a gain of 10 per cent.

GR Corolla prototypes included a race car powered by a hydrogen-fuelled internal combustion engine that competed in last year’s Super Taikyu endurance series in Japan with a “drive it until it breaks and fix it to win” approach.

Prototypes were also assessed by champion Japanese circuit and rally drivers as well as in-house evaluators.

GR Corolla combines the underpinnings from GR Yaris underpinnings with an athletic five-door version of the world’s best-selling nameplate, with wider fenders than the standard hatch.

Cooling and aerodynamics benefit from a front-bumper air intake, along with air outlets for the front fender and bonnet bulge.

Body rigidity has been strengthened to achieve driving performance that responds instantly to driver operation.

In addition to a highly rigid frame, braces have been added between the rear wheel wells, to the under-floor tunnel, and under the floor in front of the fuel tank — to improve stability.

Re-imagined Lexus IS makes an entrance

A hand-operated parking brake has been used to allow better vehicle control even when pushing the car to its limits, such as when drifting.

The instrument cluster incorporates a TFT info screen designed to be clearly visible during sporty driving.

Completing the package is a five-seat layout that ensures it is equally equipped for daily life as well as driving pleasure.

GR Corolla is due to arrive locally in the final quarter of 2022.