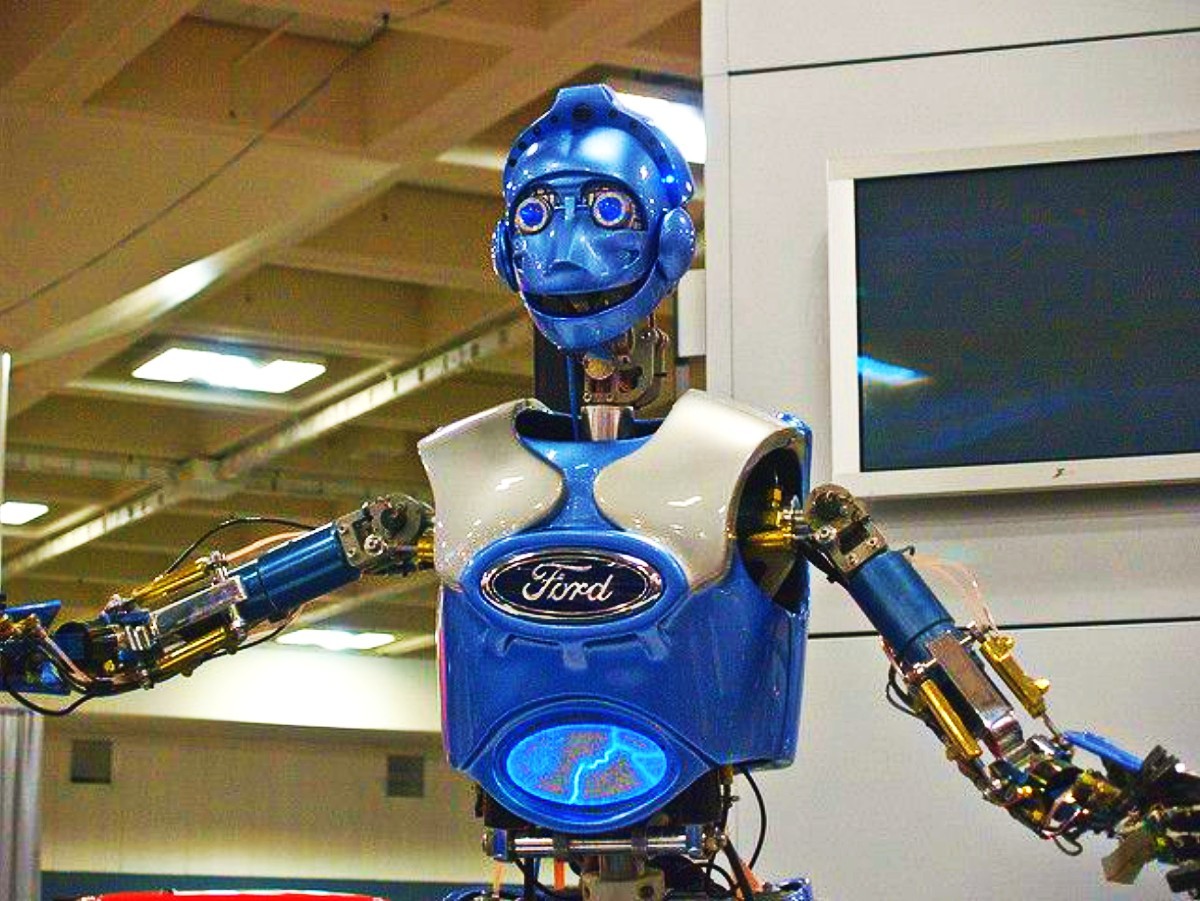 Meet Shelby and Miles — aka Repetitive and Strain

They work at Ford’s hi-tech weather factory in Germany where vehicles are put through rigorous testing.

The factory helps ensure vehicles can endure conditions as varied as those found in the Sahara Desert, in Siberia, and atop the tallest Alpine peaks.

The simulated conditions are so realistic in fact that even the most experienced human test drivers may become tired or unwell, for example when undertaking altitude testing.

For human drivers, wind tunnel testing – in particular at high altitude – requires numerous safety protocols, such as having oxygen bottles, medical equipment and a paramedic on-site — while driver health is constantly monitored.

Not so with the robots which can replicate the tests many times without tiring or needing a break.

Each robot test driver is able to operate at temperatures ranging from -40°C to +80°C as well as at extreme altitudes – and can be set up and programed for different driving styles.

They take their nicknames from Carroll Shelby and Ken Miles, who were key figures behind Ford’s victory in the 1966 24 Hours of Le Mans in the GT40 — immortalised in the movie Ford v Ferrari.

The legs of the test robot extend to the accelerator, brake and clutch pedals, with one arm positioned to change gear and the other used to start and stop the engine.

“Once the robot is in the driver’s seat, we can run tests through the night without ever having to worry that the driver will need a sandwich or a bathroom break,” he said.

Even so, Ford continues to conduct real-world testing in European locations and across the world, including the Grossglockner mountain in Austria and the snowy Arjeplog region in Sweden.

CHECKOUT: Weather factory takes you anywhere in the world