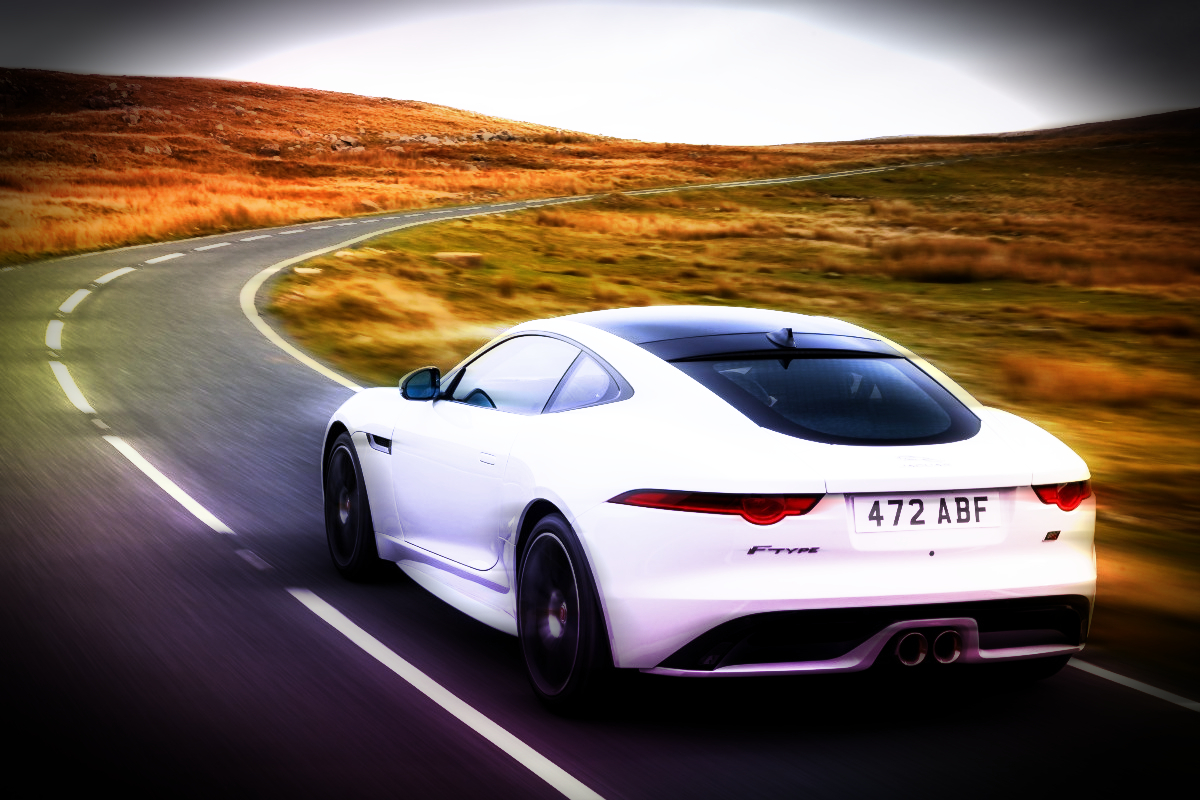 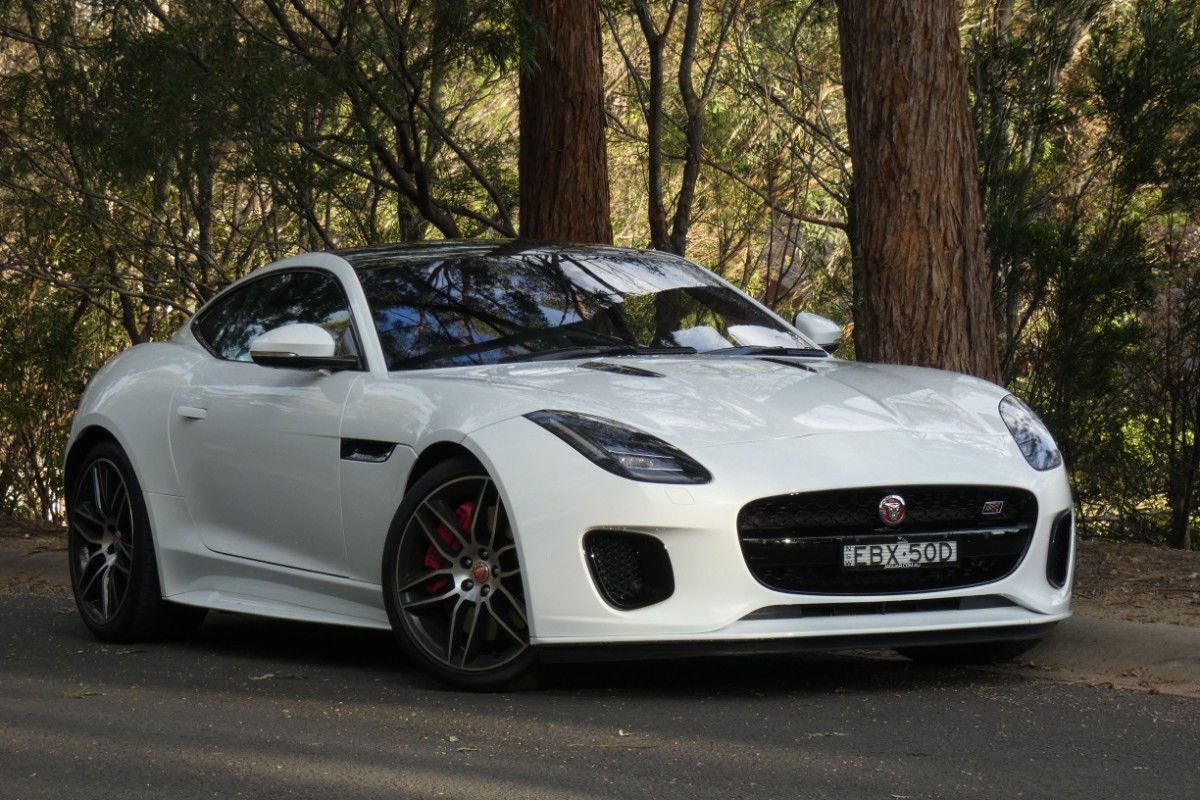 The Jaguar F-type is a car we’d often admired but never thought we’d get a chance to drive.

So, when the opportunity finally arose to get behind the wheel of the sleek, supercharged six cylinder coupe — we quickly agreed to offer the children as security.

Not the grand kids though. I mean, one has to get one’s priorities right — right? 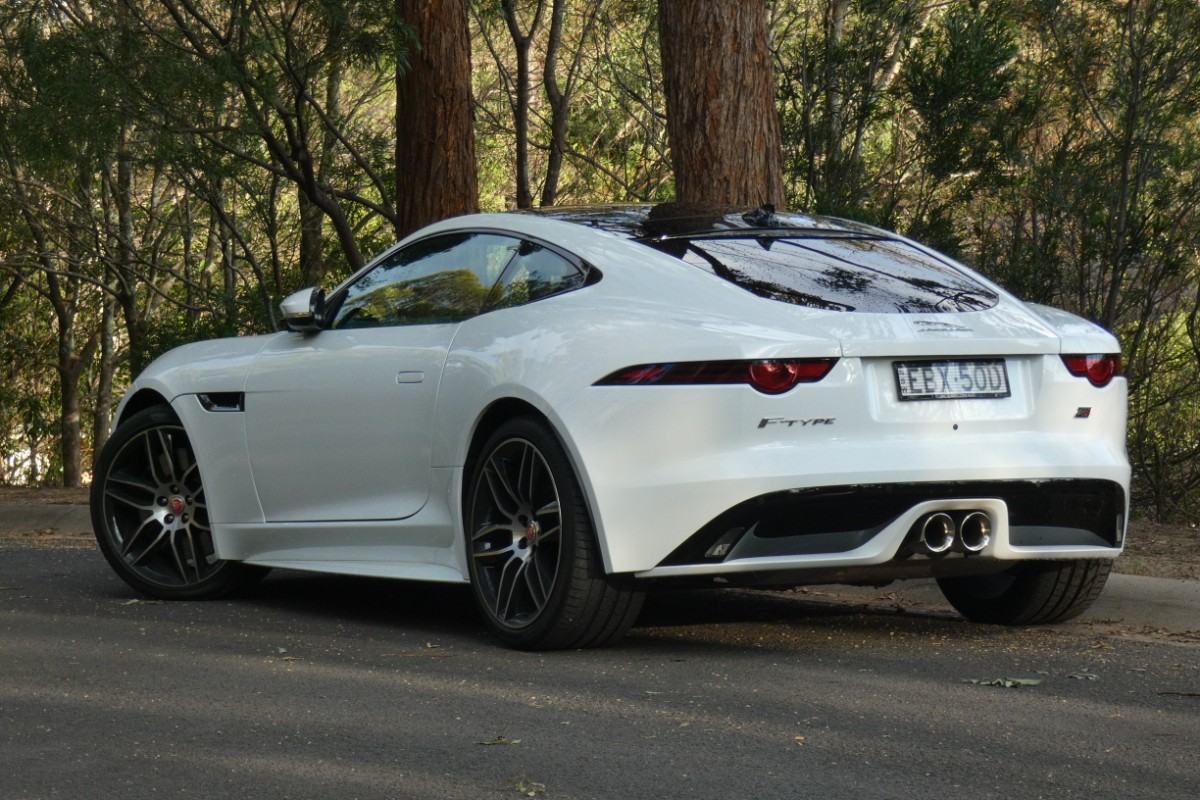 It is a Jag and it is a high performance Jag, so the F-Type comes at a cost.

In this case $113K will get yo into the entry level 2.0-litre model, the sportier R Dynamic is $121K and the Chequered Flag Edition starts from $139K.

Plus of course there’s convertible versions of the above that carry a further premium.

What do you mean front seats — it’s only got two of the bloody things?

It’s nice inside but there’s not much in the way of creature comforts.

Your hard-earned basically buys exotic looks and stacks of performance.

The infotainment system includes satnav, Apple CarPlay and Android Auto, with a Meridian audio system to keep one entertained — but digital radio is an optional extra.

Notably missing from the equation is heads up display and adaptive cruise control.

BUT — and here’s the thing — it doesn’t get a safety rating from ANCAP or anyone else — many expensive, high performance cars don’t because they sell in low volumes.

It also misses out on blind spot alert and there is no mention whatsoever of Autonomous Emergency Braking (AEB), designed to hit the anchors in case you don’t. 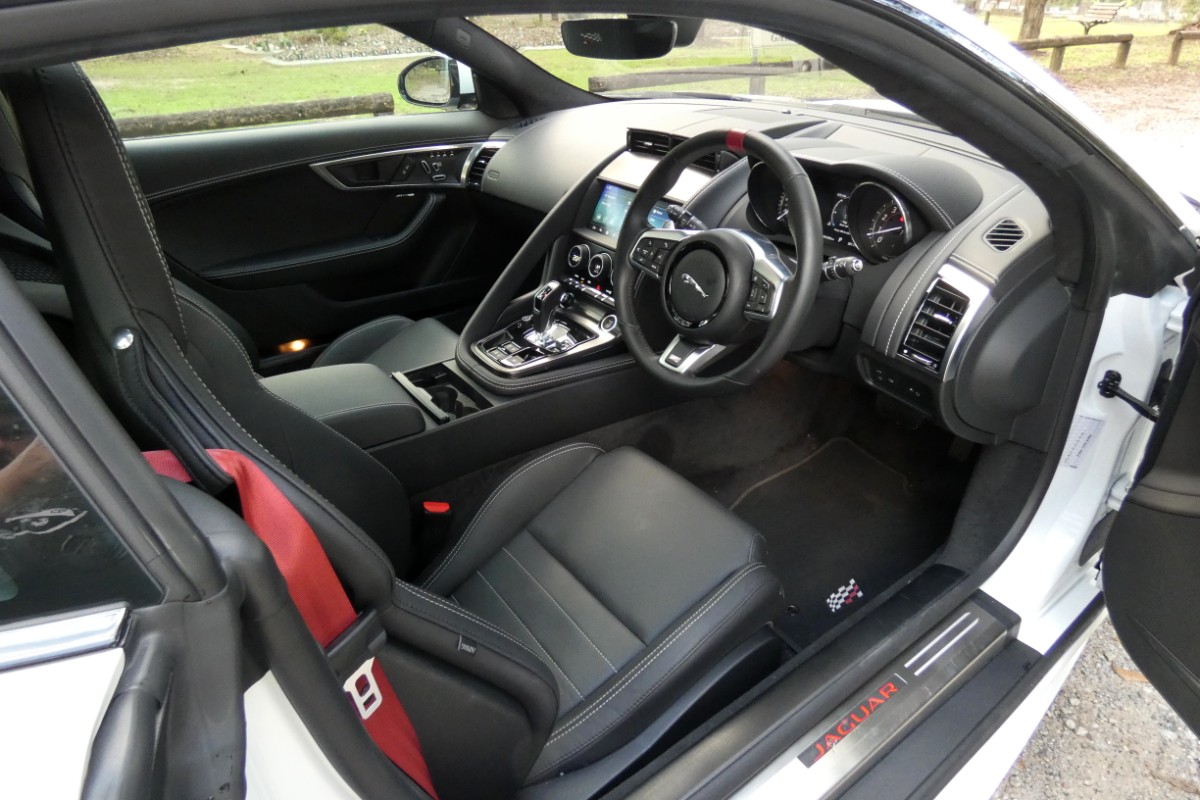 When one has a car of this calibre there’s only one thing to do — take it for a spin.

Our passenger, who fancies expensive cars (but can’t afford them) looked a little tense at times, as he gripped the door handle for reassurance — but said he enjoyed the experience nevertheless.

In hindsight, it had been too long between drinks, too long since I had really given it to a car — and the experience was once again rather exhilarating.

It’s hooked up to a slick traditional eight speed auto, with drive through the rear wheels.

Also fitted are auto engine stop-start and and a limited slip diff, with brake-style torque vectoring to stop it stepping out.

The dash from 0-100km/h takes just 4.9 seconds and the car has a top speed of 275km/h, the latter only feasible on German autobahns.

There’s also an electronic rear spoiler that deploys at speeds in excess of 96km/h. How they arrived at that figure I don’t know, but it’s not set in concrete.

Oh, and it does come with a “wanker” button that let’s one display the wing manually.

There’s also another button that activates the active exhaust system, turning it from moderately loud to much louder.

Getting in and out of the car can be a challenge, as it sits rather low, with a low roofline.

The knack is to turn sideways and stick one’s derriere in first.

Once inside the seats are reasonably comfortable, with a power adjustment as well as power adjustment for the steering wheel which is heated and retracts automatically for ease of entry and exit.

The door handles pop out to welcome the driver, with a button to start the car.

In dramatic fashion, it always starts with a roar (throttle or no throttle applied) — a signal to the neighbours that you’re about to depart.

Just as entertaining are the vents for the air conditioning, which rise slowly from the top of the dash as the car powers up.

The instrumentation, however, is old school analogue, with a 300km/h speedo — not sure why.

Other models get a fully configurable electronic dash like the one in the XE that we drove previously.

Plant it (after activating the louder exhaust note of course) and after a slight hesitation, the car takes off with a roar, and plenty of snack, crackle and pop as it rips through the gears.

That sound is addictive and one finds oneself planting the right foot rather more than necessary, just to hear it.

In contrast, off throttle and cruising along the motorway, it’s remarkably quiet in the cabin, provided one is travelling on smooth tarmac.

Coarse bitumen generates plenty of background noise that can soon become loud and intrusive, amplified by the rear of the cabin.

Nissan’s 370Z has the same problem.

Out in the sticks with no traffic in sight, we opened her up, opting to switch gears manually using the gear change paddles — although dynamic mode will probably satisfy most.

Mid-range response is instant and gratifying, snapping gears, rushing towards corners and braking late and deep.

At times the car feels a bit floaty as the suspension loads an unloads, but the Pirelli P Zeros keep it glued to the road, with big chunky 295s underpinning the rear.

Over the shoulder vision isn’t great, nor is the porthole they call a rear window — but this is the price one pays for such a sexy beast.

After an hour or so of these shenanigans, it was time to make our way home. Time to sit back, relax and take it easy — to let the Adrenalin subside.

But then the road home snakes its way up another hill and the Holden following just a little too closely is rather irritating . . . so it’s time to blast off again.

All in all, it was a jolly good way to spend a Sunday afternoon in an automobile that is hugely entertaining.

What a shame future generations won’t get to experience this kind of driving. 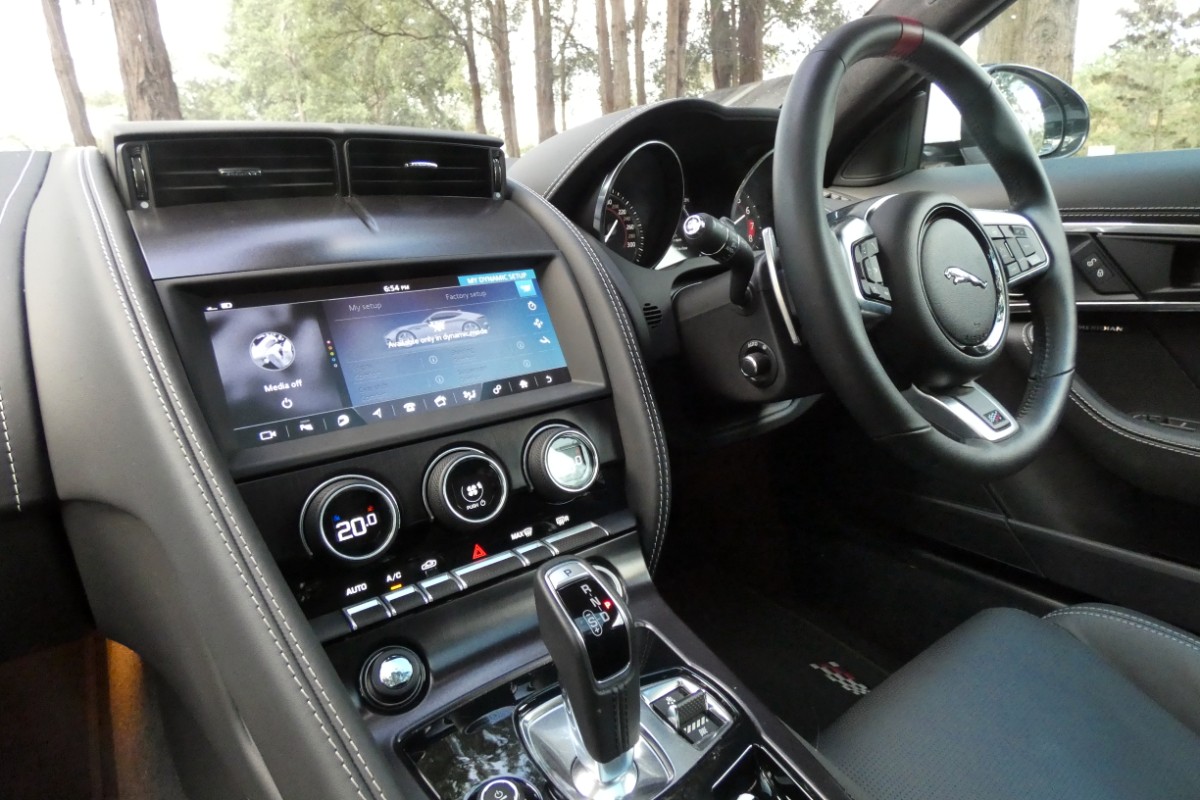 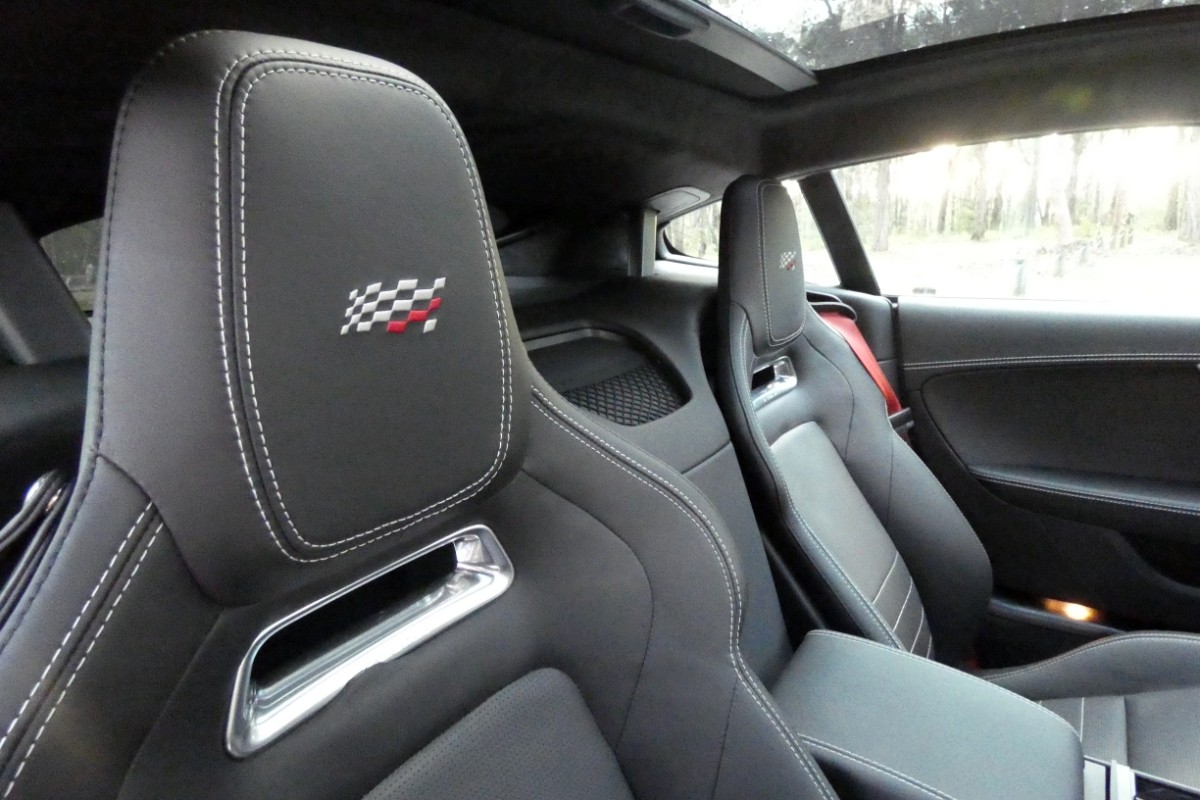 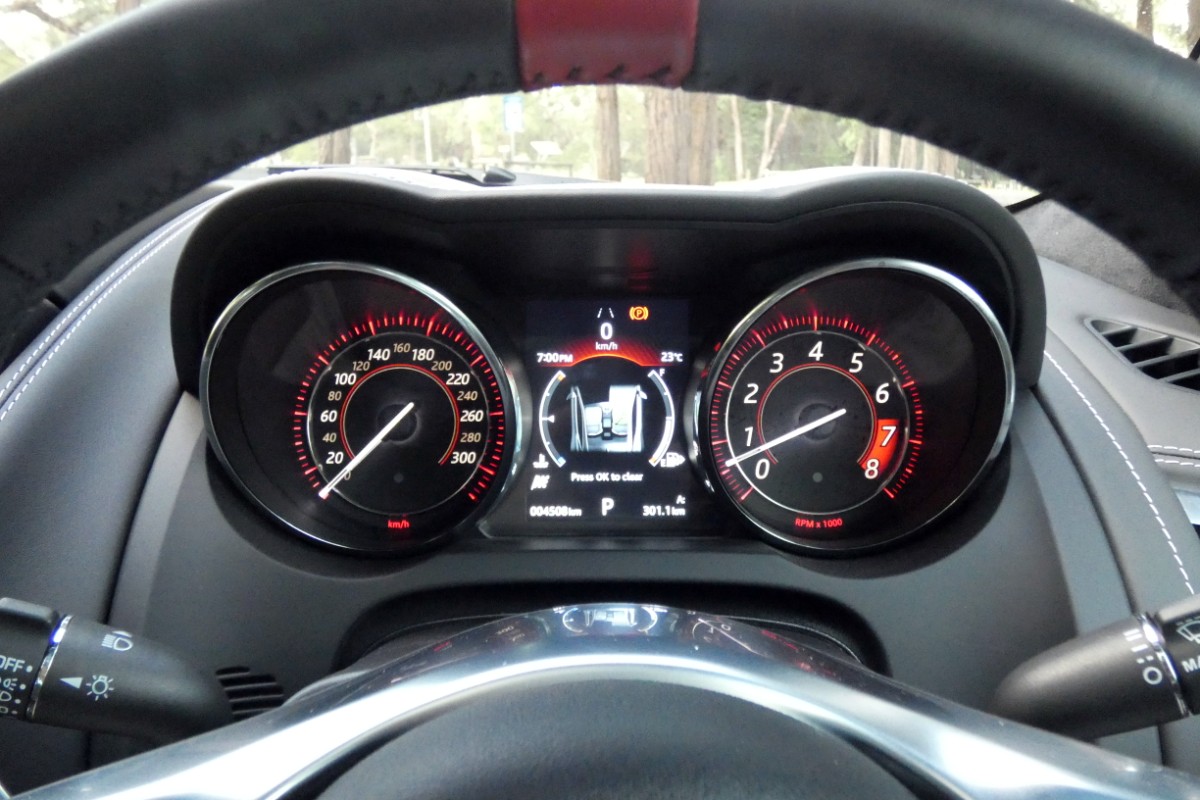 So my mate’s a tech head and says he’d rather spend this kind of money on a Tesla.

For mine there’s plenty of time to drive electric cars down the track, but the opportunity to own and enjoy a thoroughbred like the Jaguar F-Type is rapidly drawing to a close.

Of course it helps to be rich — or a privileged motoring journalist. Check out deals on the Jaguar F-Type