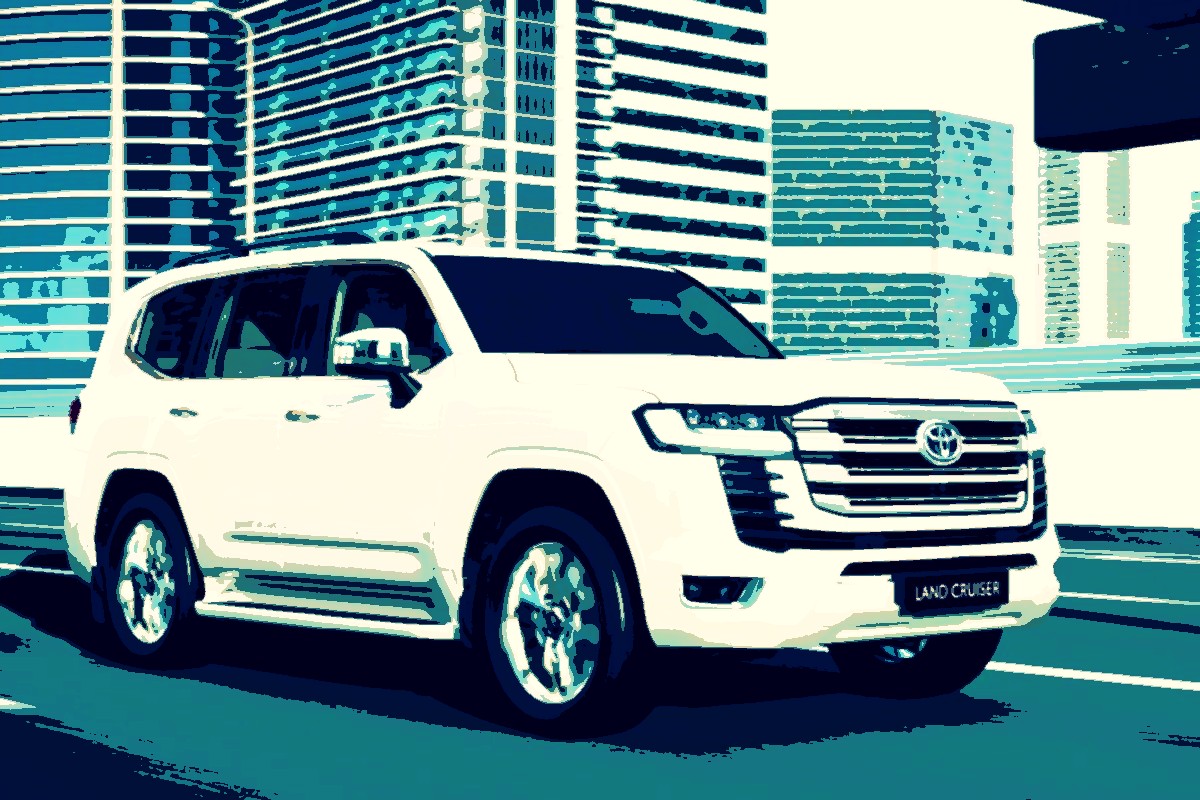 Just when you thought it was safe to go out Toyota has unveiled a new flagship LandCruiser and it is heading our way.

Due in Australia in the final quarter of this year, the new 300 Series is billed as the most capable LandCruiser ever — but what of the powertrain in this brave new world of electric vehicles that we are entering?

No hybrid or electric propulsion for this behemoth, but a newly developed 3.3-litre twin-turbo V6 diesel engine that Toyota says achieves V8-beating performance and flexibility — with 227kW of power (+13.5 per cent) and 700Nm of torque (+7.7 per cent).

To put this in perspective, other car manufacturers have started to wind back production of diesels, which have even been outlawed by some  overseas governments.

Toyota claims, however, the engine achieves noticeably lower fuel consumption and emissions, supported by a newly developed 10-speed Direct Shift automatic transmission and a reduction in weight across the range of more than 100kg.

Improved suspension performance with increased wheel articulation have further expanded to its traditional capabilities in the toughest of conditions.

Other firsts include Multi-Terrain Monitor that instantly displays obstacles from the driver’s viewpoint and the adoption of a Multi Terrain Select function that automatically judges the road surface and selects the best driving mode.

New LandCruiser’s off road ability has been confirmed in extensive evaluation by in-house drivers with advanced or master-level technical skills and drivers who have participated in the Dakar Rally.

In keeping its off-road heritage, vehicle dimensions including length, width, wheelbase and departure and approach angles are “very close” to the outgoing model, depending on the variant.

Features such as the bumper shape and placement of lighting components have been designed to help avoid damage during off-road driving.

It can also detect oncoming vehicles at intersections and pedestrians crossing the street when the vehicle is turning in either direction.

An emergency steering and crash-avoidance function, which assists with steering and lane-keeping, is triggered when the driver performs a steering manoeuvre to avoid collision.

Toyota Australia’s Sean Hanley said new LandCruiser once again raises the standard by which other 4WDs are judged for reliability, durability and off-road performance.

Everything Toyota has learnt in 70 years of building four-wheel-drive vehicles has gone into the design, development and manufacturing of the new LandCruiser.

“It is an indispensable tool that supports our customers lives and livelihoods by enabling them to travel almost anywhere – and return – in safety and comfort,” Hanley said.

“In our quest to make LandCruiser tougher and more capable than ever, we have taken feedback from customers from around the world.

“This includes extensive input from Australian owners who have experience in some of the world’s harshest environments.”

LandCruiser was launched in August, 1951 as the four-wheel-drive Toyota BJ, which demonstrated a high level of off-road performance in adverse environments.

It achieved fame as the first vehicle to reach the sixth checkpoint of Japan’s Mount Fuji — higher than anyone had thought possible in a 4WD.

In June 1954, it was renamed LandCruiser and is now Toyota’s longest-serving nameplate, ahead of Corolla which began in 1966.

In Australia, LandCruiser was discovered during development of the Snowy Mountains Hydro-Electric Scheme.