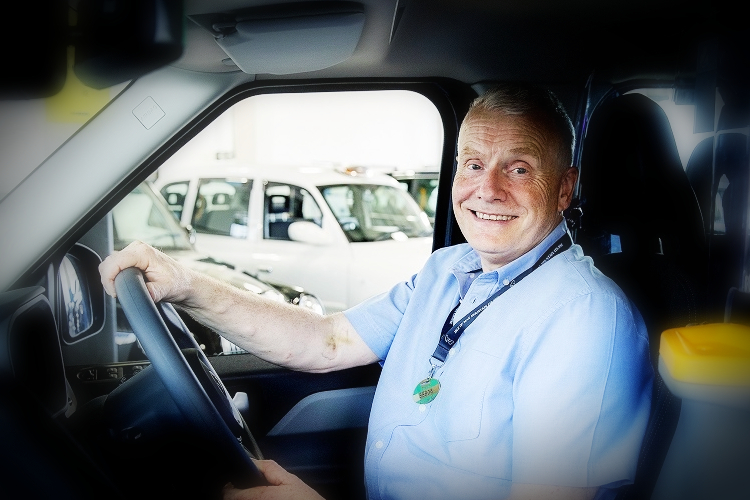 London’s cabbies are some of the best taxi drivers in the world.

They have to be able to thread their way through the city’s 58.000 or so streets.

They’re famous for their ability to plan routes by remembering thousands of the capital’s streets and it is this ability that is now helping in the fight against dementia.

By completing the Knowledge of London, acquired through years of training in specific Knowledge Schools, London’s cabbies learn to navigate through the city’s 58,000 streets without the use of GPS and automated instructions.

This unique ability to reliably and flexibly adapt to situational factors and plan routes on a daily basis, has a remarkable impact on their brains.

In a study, researchers found that in taxi drivers the part of the brain involved in spatial navigation — the part known as the hippocampus — is larger than in other people.

At the same time, the hippocampus seems to be an area affected in those suffering from Alzheimer’s, which can explain why they become disoriented and have increasing difficulties finding their way as the disease progresses.

The Taxi Brains Project, run by The Spatial Cognition Group at University College London, is analysing the brains of taxi driver with MRI scans as they plan routes through London.

The results of the trial, researchers say, will help provide critical insights in helping science to develop diagnostics to detect Alzheimer’s disease earlier.

The project is being headed up by Professor Hugo Spiers in the Department of Experimental Psychology at University College London.

To find out more about the Taxi Brains project, visit: https://spierslab.com/taxi-brains-project/

CHECKOUT: A black day for the London cab