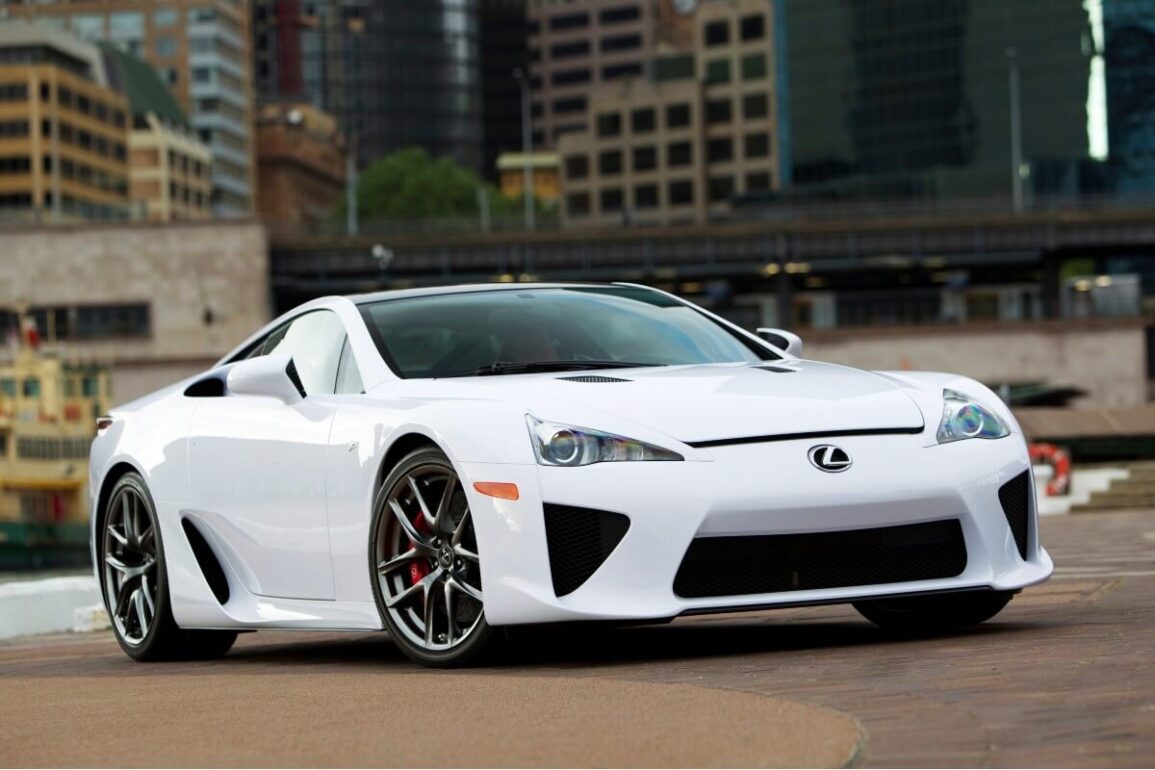 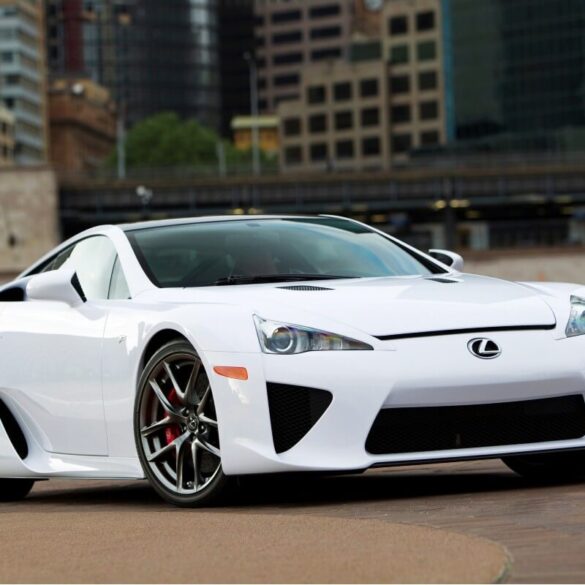 The occasion: Media drive of the Lexus LFA supercar.

Those in attendance: Contingent of Australian journalists, including one Chris Riley.

Hey, that’s me. And it sure was. I was one of a lucky few who not only got to drive the LFA, but got to do so on a racetrack.

Only 500 examples of the V10-powered tour de force were built before production ended in December, 2012 and just 10 of them found their way to Australia.

Priced from $700,000, Lexus said at the time it could have easily sold more if it had been able to get its hands on more of the cars.

But we suspect these figures are simply the product of its standard formula.

The last of these cars is the star of Shannons’ next auction and is expected to fetch more than $1 million when it goes under the hammer at the Timed Online Winter Auction from August 2-9.

Powered by a hand-built 4.8-litre V10 engine, co-developed with Yamaha exclusively for the LFA, it produces 412kW of power and 480Nm of torque.

Matched perfectly to its six-speed automated manual gearbox, the engine redlines at 9500 rpm and this dizzy limit is reached from idle in just 0.6 seconds.

The absolute highlight for enthusiasts is the visceral howl its engine emits at full revs, which has been likened to the scream of a V10 Formula 1 racing car.

Sixty-five per cent of LFA’s body structure is carbon fibre, while the remaining 35 per cent is aluminium.

To match its performance, Lexus fitted the LFA with an LCD tacho, as according to engineers, analogue instruments would ‘not keep up’ with the engine’s revs.

Underneath its long bonnet, the LFA’s jewel-like V10 engine is smaller than some V8s and about as heavy as a V6, while as part of its impressive design language, the door handles sit flush against the LFA’s body and pop out when touched.

Created as a global icon for the Lexus brand, the LFA went into production in late 2010 at the rate of just 20 units per month.

Lexus ultimately built just 500 LFAs for the world market by the time production finished in 2013, reportedly losing money on each of them.

According to Lexus, the ‘A’ in the LFA model designation stands for the ‘Apex’ of the LF line of cars.

Former Top Gear TV host Jeremy Clarkson gave the LFA the ultimate accolade, simply calling it “the best car I have ever driven” and “exquisite.”

Finished in Pearl White with a red and black leather interior, with Alcantara and carbon fibre highlights, the LFA being auctioned showed just 5180km on its odometer at the time of cataloguing, effectively making it like a new car.

A spectacular machine whichever way you look at it, the pearlescent paint glows in the sun and its distinctive shape attracts attention wherever it goes.

Originally priced new at $750,000 in Australia, the LFA was delivered to its first and only Melbourne-based owner in 2013 by Lexus of Blackburn, which has served the car from new.

Fitted with a remote-touch controller interface for its 13-speaker Mark Levinson sound system and equipped with every conceivable power-assisted luxury, each LFA was also delivered with a pair of Tumi suitcases custom designed to fit the LFA interior, with each set inscribed with the car’s VIN.

In addition, all LFAs were further customisable by their owners, who were selectively chosen.

Presented in as-new condition throughout, the LFA  being auctioned represents the chance to own one of the rarest, most valuable and spectacular cars in the country.

CHECKOUT: Fastest Lexus since the LFA