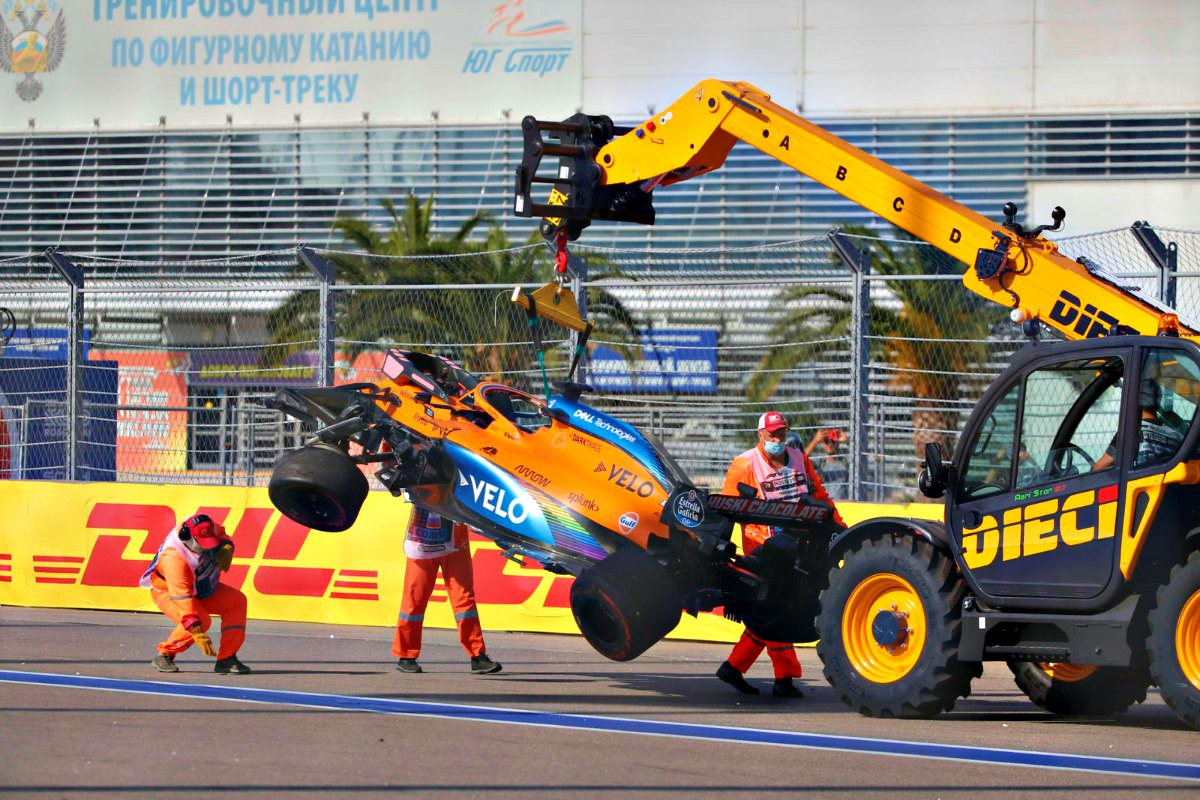 LEWIS Hamilton had hoped to run away with the Russian Formula 1 Grand Prix at Sochi so he could equal Michael Schumacher’s 91 win record.

But that didn’t happen.

The multiple world champion made a couple of silly mistakes on the drive to the starting grid, stopping to do a few practice starts in non-designated areas, and earned two 5-second penalties.

That should potentially have dropped him way down the order, but the dominance of the Mercedes cars is such that he still finished on the podium — in third spot.

Teammate Valtteri Bottas was the one who bathed in glory at Sochi, streaking away to the lead from get-go, with Hamilton and Red Bull’s Max Verstappen in close company, and the Renaults of Esteban Ocon and Daniel Ricciardo 4th and 5th.

Carlos Sainz, who started from 6th, alongside Ricciardo, made an uncharacteristic blooper by running wide at Turn 2 on the first lap, rejoined at a knot too many and whacked his McLaren into the wall.

A split-second later Lance Stroll also ended up in the wall after being tagged by Charles Leclerc at Turn 4.

That brought out an early Safety Car.

Ocon, starting from 7th, had a stunning start to zoom to P4, behind Verstappen, but ahead of Ricciardo, and stayed there for many a lap, frustrating Ricciardo, who made an early stop for tyres in a bid to undercut Ocon.

That didn’t work, but the team told the Frenchman to let Ricciardo through — and that backfired when Ricciardo made the pass in a corner and missed getting on the right side of the bollards.

Racing Point’s Sergio Perez did the same thing a few laps earlier, and got a 5-second penalty — so Ricciardo was hit with the same.

However, Ferrari’s Charles Leclerc, who put Stroll into the wall, got off scot free.

“Very sloppy from his part,” an unimpressed Stroll said.

“I’m quite surprised that he didn’t get a penalty. I gave him plenty of room. I did the whole corner on the outside and he just tagged my right rear.”

Up front, Bottas simply ran away with the race, with Verstappen second, nearly 8 seconds adrift, and Hamilton way back but still on the podium.

Next was Ocon, just ahead of a fast-closing Daniil Kvyat in the Alpha Tauri, with teammate Pierre Gasly 9th and Red Bull’s Alexander Albon taking the final championship point in 10th.

Ferrari had a better run at Sochi than in previous races, with both cars finishing, although both were nearly wiped out in the qualifying rounds.

Vettel lost the tail of his car, which hit the wall and sent the front wing skidding across the track just as Leclerc came by at some 250km/h, clipped the wing and came within centimetres of Vettel’s stationary wreck.

As well, the performance of Perez raises questions about why the loyal and competent Mexican has been given the boot for the 2021 season in favour of the increasingly erratic Vettel?

Carlos Sainz had an interesting comment on his crash.

“So a misjudgement by my side, a mistake, but I still think that corner shouldn’t exist. It’s not a nice corner to drive around and it generates these kind of situations.”

F1 stars who met death on the road

Hmmm . . . That makes sense? The corner should not have been there?

Back to Sochi: While the front was rather processional, there was some great racing at the back, especially between George Russell (Williams), Lando Norris (McLaren) and Albon.

Renault’s pace in the qualifying heats suggested there was a good chance of a podium finish, but they finished as they started: 5th and 7th.

However, the plus side of it was the points haul gave the team 99 points – more than its entire total from 2019 – to remain fifth in the Constructors’ Championship, and Ricciardo wasn’t fussed.

“I’m pleased with the result today and it’s a decent one for the team as well,” he said.

“Obviously I made the mistake getting past Esteban into Turn 2 and had the time penalty. But I was able to put that mistake right and recover well.

“The car is working well, and reliability is good, so everything has come together nicely for us.”

The action moves to Germany’s Nurburgring circuit for the next round on October 11 .

Note – Bottas scored an additional point for setting the fastest lap of the race. Ricciardo and Albon received 5-second time penalties for rejoining the track incorrectly.

CHECKOUT: Can you hear the drums, Alonso?